Why did police detain a woman in Moscow wearing VR glasses? 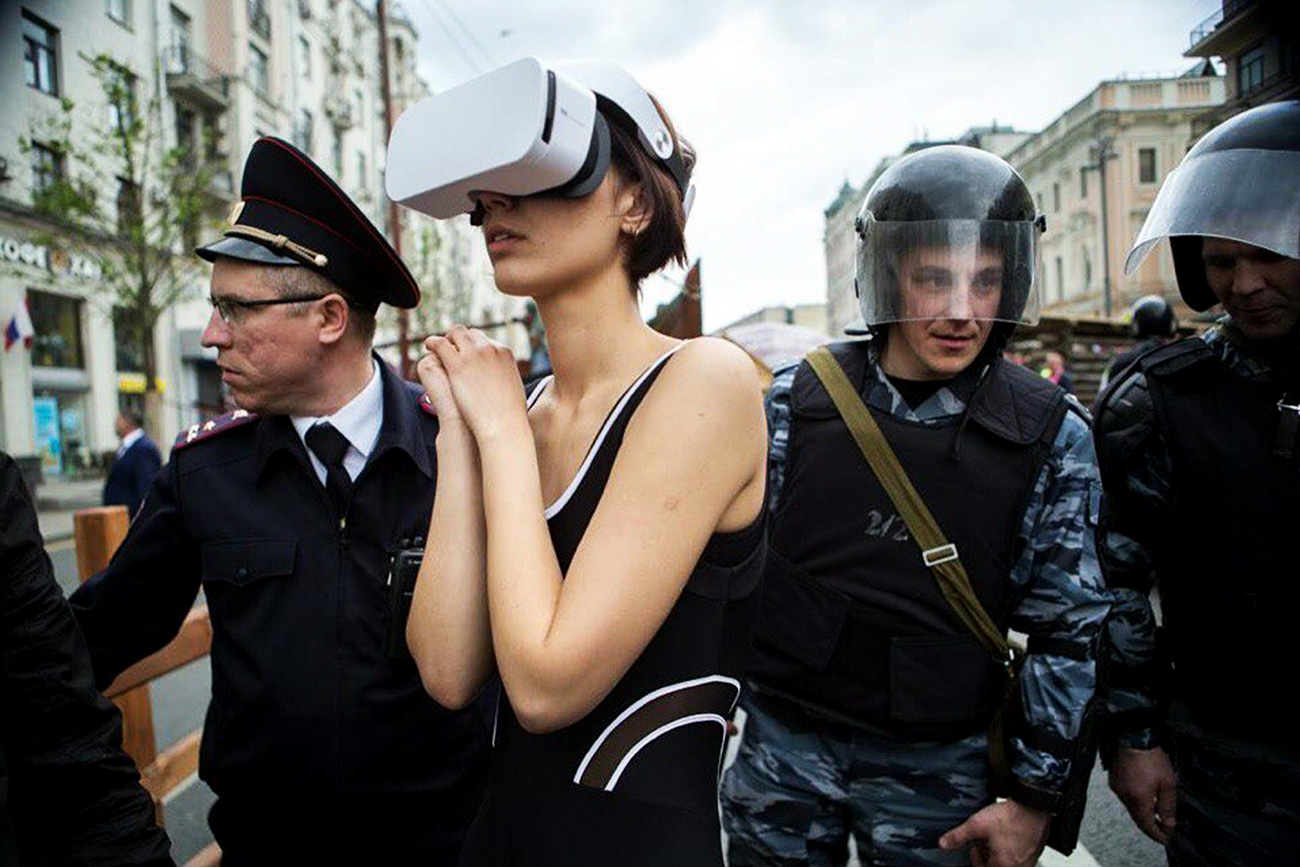 Katrin Nenasheva being detained by police.

This is probably the first time in Russian history when a person was detained while in virtual reality in a public space. This is what people are saying about artist Katrin Nenasheva's June 22 performance on Red Square.

The activist-artist stood near the Kremlin walls as part of her performance, "Between here and there." Since June 12 she had been walking around Moscow wearing VR glasses, which showed Moscow’s daily life to patients at psychiatric clinics. She had already been in the Moscow subway, the market, on Old Arbat, on the Sadovy Ring Road, and the Crimean Bridge.

Clinic patients determine her actions and itineraries, and this time they told her to go to Red Square. But police didn’t think it was a suitable place. 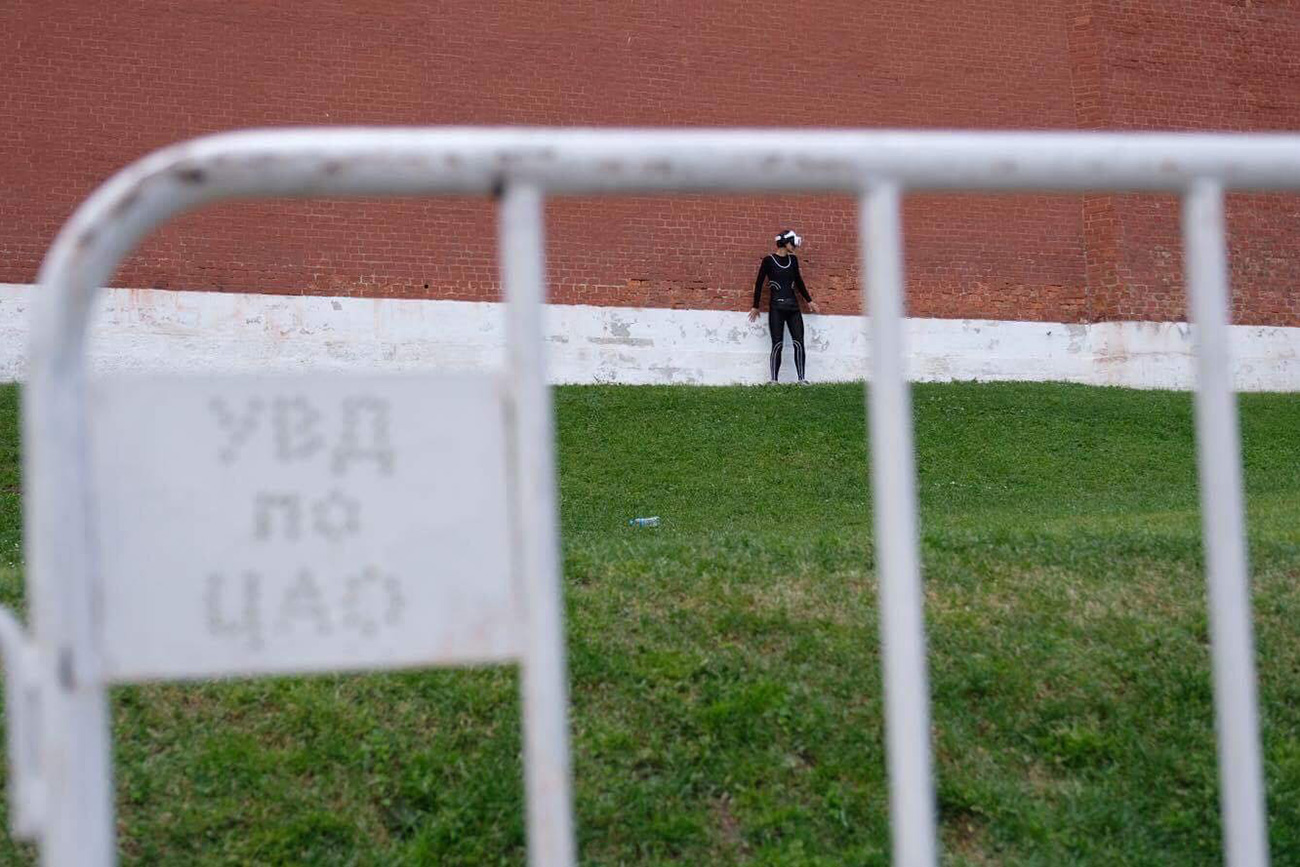 "'In virtual reality one must not be in a public place. Here we have the real world,' said police, grabbing me by the arms," wrote Nenasheva on her Facebook page.

Nenasheva told RBTH that she walked around in VR glasses on Red Square for five minutes before police detained her. She was then taken to a police precinct where she saw a report that stated she had been running around Red Square and bumping into people.

"In which reality are you? That one, or this one? How can you move about groping your way? You are harming people around you, do you understand?" she was asked during interrogation.

Police tried on her glasses at the precinct. Then, several psychiatrists came and took the artist to a psychiatric clinic for a check-up. There, she was given a colorful robe and male flip-flops, and had a talk with a doctor. 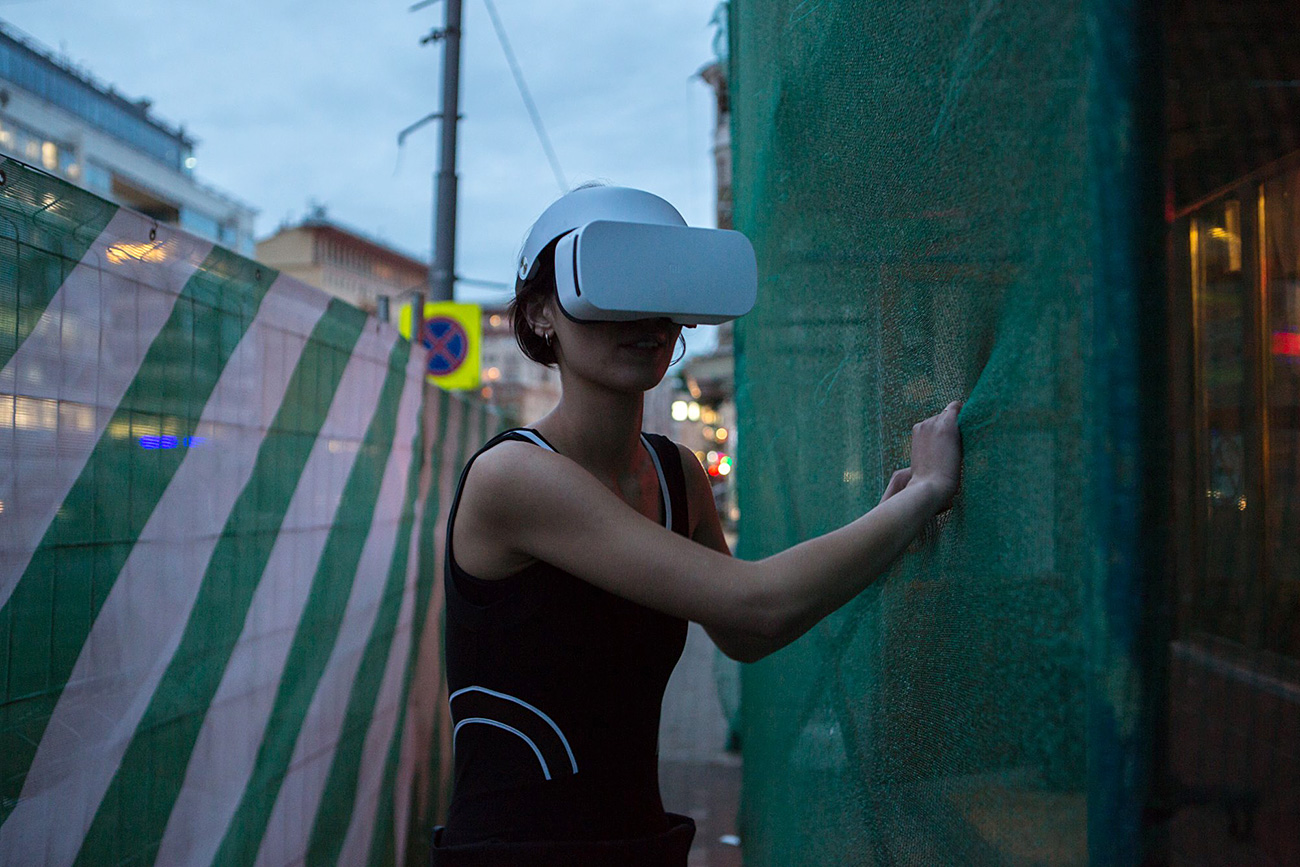 The psychiatrist said, "he is also a creative person and writes poetry," but that he sees no reason for hospitalizing Nenasheva. Still, he recommended her "not to cross a certain line."

Nenasheva said that afterwards she was given her clothes and released, and so far police have not charged her with any misconduct.

Earlier, Nenasheva and member of the Pussy Riot protest art band, Nadezhda Tolokonnikova, had sown a Russian flag in the form of prisoners on Bolotnaya Square in central Moscow. The girl also shaved her hair on Red Square, trying to bring attention to women's post-prison adaptation.

The artist said that "Between here and there" is an attempt to bring attention to patients in psychiatric clinics, many of whom are permanently isolated from the outside world.

"Russia has about 150,000 people in psychiatric clinics, which still use Soviet methods such as isolating patients from the outside world behind a concrete wall," said Nenasheva. "What happens to a person who, because of his or her life circumstances, lives in isolation? What happens to their perception, body, and relation to surrounding spaces? Together with psychiatric patients we study these issues on the streets of Moscow, live and on a daily basis." 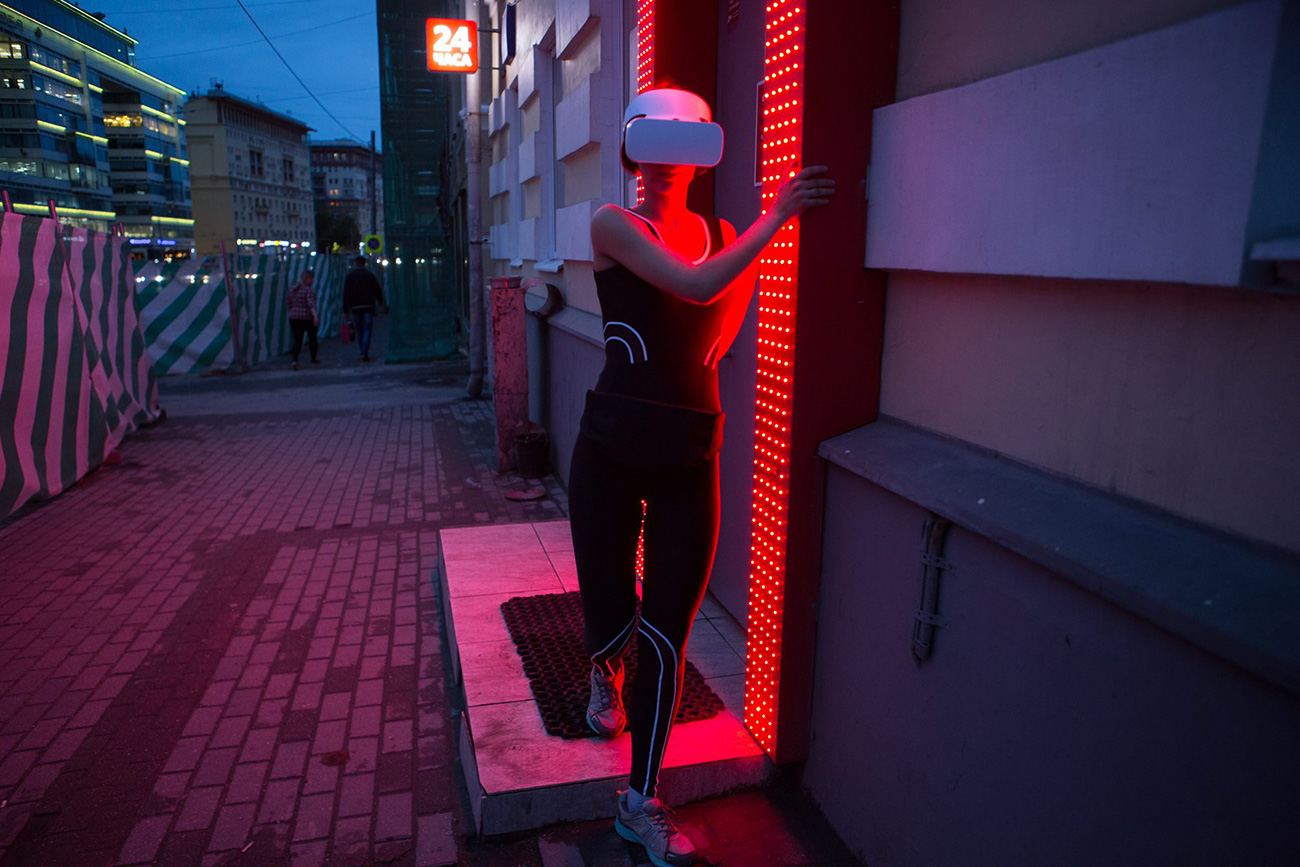 The psychiatric patients participating in the project through the VR glasses see a reality that’s inaccessible to them: urban spaces where they might have been a long time ago, or perhaps never. One of the heroines, 50-year-old Irina, saw the subway for the first time only thanks to Nenasheva:

"God, I've never been in a subway; can you imagine the chandeliers they have there? And people, the people are standing on the sides."

"What can you visually remember about the city? You must have some impressions."

"Nothing. I don't know the city at all. I can't imagine anything. Only what they show on TV. Red Square; I've never been there either."