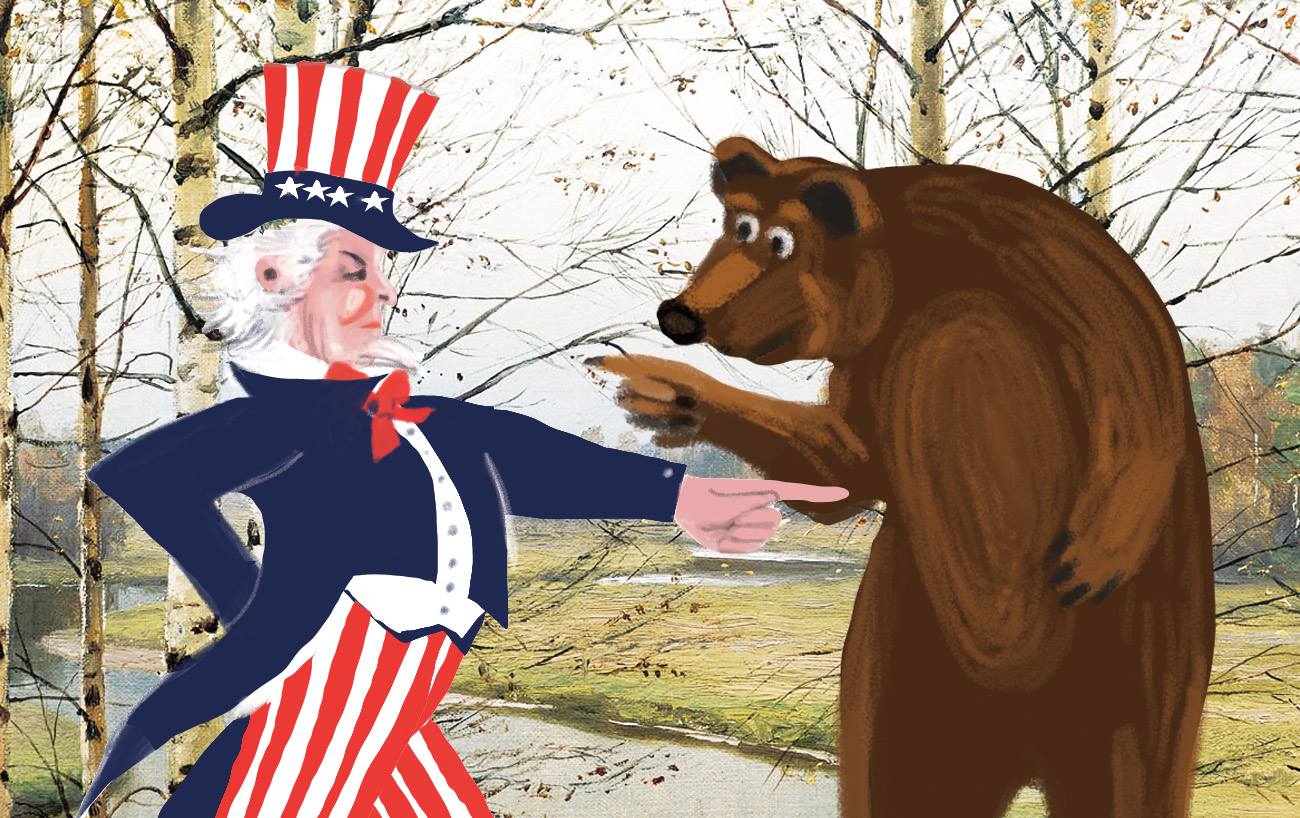 Ekaterina Lobanova
Polls show that the majority of Russians polled consider the U.S. and its policies a threat, and believe it has a negative impact on the world. Experts believe that this long-lasting disapproval of Washington is rooted in the Cold War and current political frictions.

In recent years most Russians have agreed with each other about which country they consider the most hostile towards their motherland. As Levada-Center polls show, from 2013 to 2017 the most popular answer to this question has been the “United States.” This year, 69 percent of Russians believe that Washington behaves aggressively and is Moscow’s enemy.

However, the feeling is mutual. When Fox News asked Americans the same question, 64 percent named Russia as a foe, just behind North Korea, Iran, and Syria.

“We are living through a difficult period in our relations. I cannot remember anything like this since the breakup of the USSR,” Sergei Kislyak, Russia’s ambassador to the U.S., told Kommersant in early 2016. It appears the situation hasn’t changed much since. 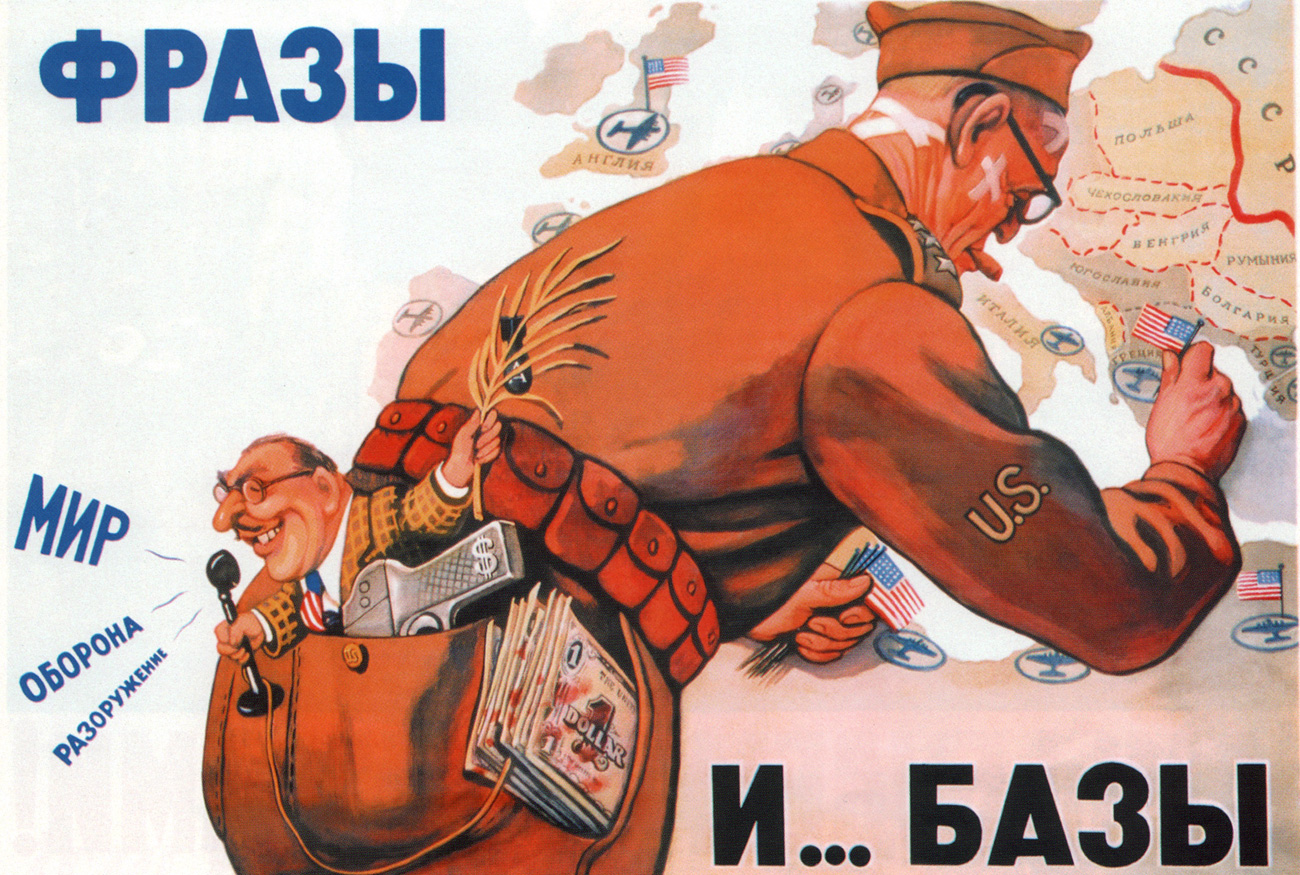 Kislyak is right: Russians’ attitude towards the U.S. was not so severe during the early 1990s. According to the Levada-Center’s studies, Russians held a high opinion of Americans back then. From 1990 to 1991, 74 percent of interviewees named the U.S. as a country that Russia should cooperate with first and foremost, and 51 percent regarded it as a friendly country. People used to trust America and believe that following its path would make Russia successful and prosperous.

From love to irritation

However, the honeymoon didn’t last long and by the end of the 1990s many Russians were bitterly disappointed. As Denis Volkov, a sociologist from the Levada-Center puts it, post-Soviet Russia had just been born and did not fall in line with the political and economic criteria of Western societies. What’s more, American politicians who played a key role in the Western world were not keen on integrating Russia.

The Russian elite was hoping Washington would abolish the Jackson-Vanik amendment (which was restraining bilateral trade ties) and help Russia to join the WTO. It did not happen in the 1990s -  Washington was dragging its heels while Russia’s economic situation grew worse.

“Russians’ hope changed to disappointment rather quickly,” Volkov wrote in an article. “The majority of people did not understand that the transformation of Russia’s status from a superpower to a junior partner, who always has to learn and catch up with its seniors. It triggered a trauma, hence the anti-Americanism.”

The situation grew worse in 1999, after a series of American escapades which Russia did not support: Namely Yugoslavia, Kosovo, and the bombings in Iraq. At the same time, America criticized the Second Chechen War (1999-2000), supported NATO’s expansion eastward, and withdrew from the Anti-Ballistic Missile Treaty. For the first time after the creation of modern Russia, the U.S. headed the list of countries which, according to those polled, posed a threat to Moscow (35 percent).

Excluding a short period in the early 2000s when President Vladimir Putin supported President George W. Bush’s “crusade on terrorism,” relations continued to degrade. America invaded Iraq in 2003 and Libya in 2011; Russia clashed with Georgia in 2008, unified Crimea, and supported rebels in Eastern Ukraine in 2014. In all of these cases, both parties blamed one another for violating international law and pursuing imperial interests.

The role of media

Vladimir Vasilyev, the chief researcher of the Institute of the USA and Canada, believes that the same is true about America and its attitude toward Russia. Commenting on the aforementioned Fox News poll, Vasilyev said: “After the breakup of the USSR, American ruling circles did little to change negative attitudes toward Russia.”

No matter how difficult political relations between the two countries are, it does not influence people’s attitude towards each other, Kislyak believes. “Russian people have no negative feelings towards Americans as a nation, even though political tensions remain,” he told Kommersant.

This point of view is pretty widespread among Russians. For instance, Sergey Kozin, an editor and translator who answered the question “Why do so many Russians dislike the U.S.?” on The Question website (Russia’s version of Quora.com), supposes that “the image of enemy is vague and faceless. Russians will like any real American and treat him or her well.”

Read more: Why do some Americans, Europeans and Australians love vintage Soviet cars?