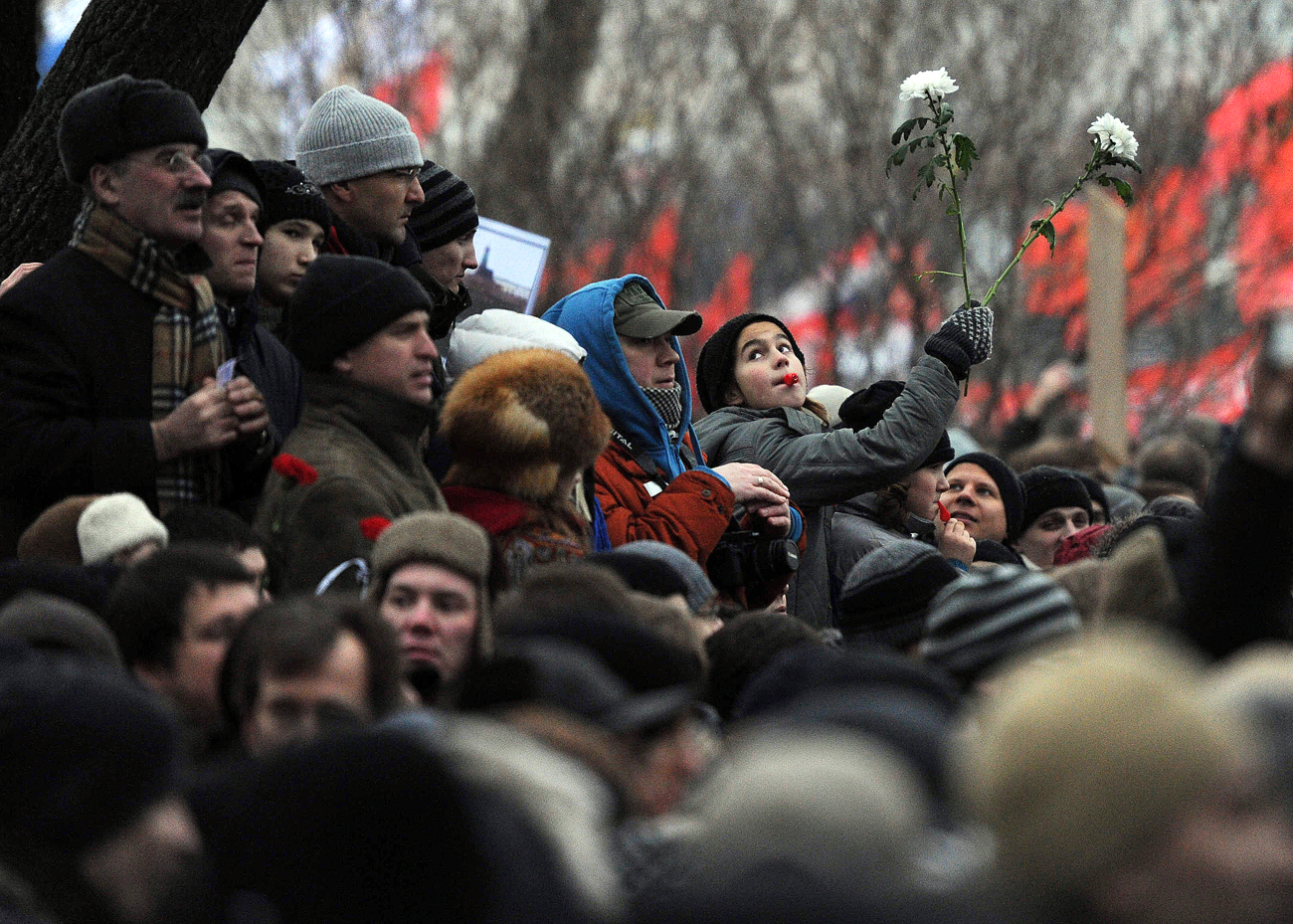 Photo: Participants in the rally "For Fair Elections" on Bolotnaya Square.

The police are asking Muscovites and guests of the city to refrain from taking part in the unauthorized rallies planned for March 26.

Participants in the opposition’s protest in central Moscow may face fines up to 20,000 rubles (about $333) and arrests for up to 15 days, as well as criminal responsibility for hooliganism, well-known Russian lawyers and a high-ranking police official told TASS on March 26.

"Participation in unauthorized rallies is punished with rather high fines from ten to 20 thousand rubles, and with a possible arrest for up to 15 days," says lawyer Dmitry Agranovsky, who used to represent oppositionists after the rally in Bolotnaya Square which developed into mass disorders.

"I would rather specify such rallies as provocations, and here it is important that their purpose is not participation in the political process, but destabilizing of life. It is important for organizers to cause a scandal, so that there could appear new political prisoners, new victims," the lawyer said referring to his experience in the case after the Bolotnaya Square rally.

Another lawyer, Alexei Mikhalchik, who had represented a nationalist Maxim Martsinkevich and others brought to responsibility under cases related to extremism, spoke about possible criminal proceedings against participants in unauthorized events.

"We know from the practice that events of the kind may cause opening of criminal cases on the use of force against law enforcers. The legislation’s norms are formulated so that it is up to law enforcers to say whether a person did participate in the rally, whether this or that person resisted during the arrest or not," the lawyer said.