From Rasputin to Putin: World’s oldest person is a woman from Russia 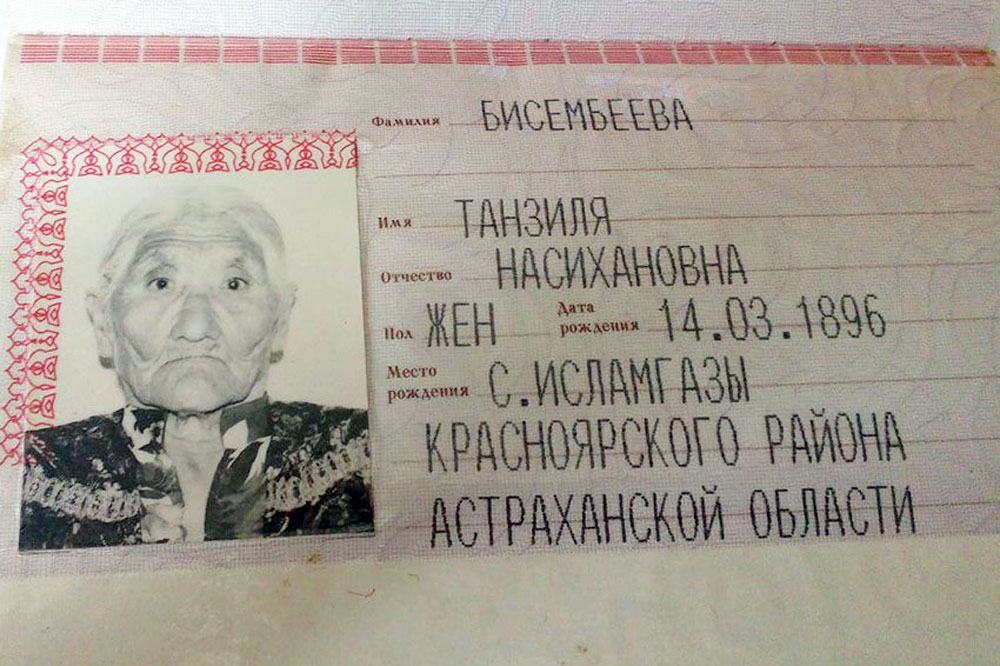 According to Tanzilya Bisembeyeva's passport, she vas born on March 14, 1896.

Elena Melikhova / RG
Tanzilya Bisembeyeva, a 120-year-old woman from the Astrakhan Region, has entered the Russian Book of Records as the world’s oldest person.

Tanzilya Bisembeyeva, a resident of the Astrakhan Region in southern Russia, has entered the Russian Book of Records as the oldest person on the planet after celebrating her 120th birthday on March 14.

Bisembeyeva is well-known in the village of Islamgazy, where she has lived all her life. Born in the 19th century, in 1896 during the tsarist regime, she has lived through the Bolshevik Revolution, World War II, changes of governments and leaders, the fall of the USSR, defaults and crises. She has three sons, 10 grandchildren, 24 great-grandchildren and two great-great-grandchildren.

"In her life mom has seen a lot. She's lived from Rasputin to Putin. She's worked all her life," says her son Shintas Bisembeyev.

Bisembeyeva married for the first time before the war. But her happiness did not last long: her husband went to the front and did not return. When the war ended she was already 49 years old, and had no family or children.

But it turned out that the best years were about to come. Soon an old Kazakh asked for her hand and Bisembeyeva accepted. She bore her first son at the age of 53 and four years later she gave birth again.

The centenarian lives a healthy lifestyle. Her relatives say that she never stays in one place, she doesn’t smoke and eats only natural products. It is no surprise then that Bisembeyeva has never consulted doctors.

Her vision became worse only after her hundredth birthday. She doesn’t go outside anymore, but still walks around the house and takes care of herself. She is always up to date on everything happening around her.

Bisembeyeva's three children are all pensioners and live close to their mother. When asked what her secret is, they say: "She’s very kind and is always very positive about life. She sees only the best in people."

The current record holder in the Guinness Book of World Records is Suzannah Mushatt Jones (from the U.S., born in 1899). She is 116 years old and therefore younger than Tanzilya Bisembeyeva.