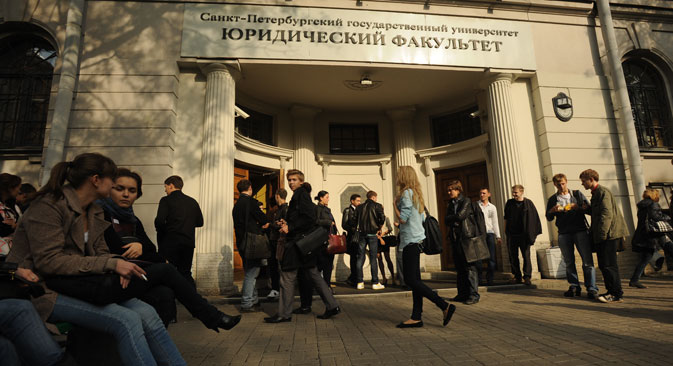 Russian universities will now aim to rise in international subject-based rankings, rather than institutional ones, Russian Vice Premier Olga Golodets told reporters on October 20. She said this was due to "a different organizational structure" of Russian institutions.

“For example, you'll hardly find universities in other countries that only teach medicine,” Golodets said. “In Russia, most medical institutes and universities are standalone institutions.” Being highly specialized, many Russian universities would find it hard to rise in institutional rankings, since they are competing with Western universities, which tend to have many faculties.

The change in the strategy when it comes to improving the international competitiveness of Russian institutions is also due to the fact that even most state-backed universities from the Project  5-100 are not aiming to get into to top 100 international lists before 2020.

This year, 13 universities made into the top 800 of the Times Higher Education (THE) rankings, compared to 2, a year ago. Despite such progress, Yaroslav Kuzminov, rector of the Moscow-based Higher School of Economics, believes just one Russian university can make it to the top 100 in QS, THE and Academic rankings - The Moscow State University (MSU). This year, MSU ranked 86th in the Academic ranking of world universities, 108th in the Times Higher Education list and 161st in QS.

Kuzminov told reporters that other universities would need at least another 10 to 15 years, as well as a better image in the eyes of international experts whose votes have a large impact on the rankings.

When it comes to rankings by subject, Russian universities are in a stronger position. For example, three universities are present in the top 100 in Times Higher Education physics ranking: MSU (56), the Novosibirsk State University (85) and National Research Nuclear University MEPhI (95). MSU is 66th in mathematics.

Even more Russian universities are present in QS rankings by subject. Just a few examples. MSU is 35th in linguistics and 60th in natural science. In these subjects, it holds the highest ranking among all universities in Eastern Europe and Central Asia.