The devil himself couldn’t make jam with these cherries, but you can 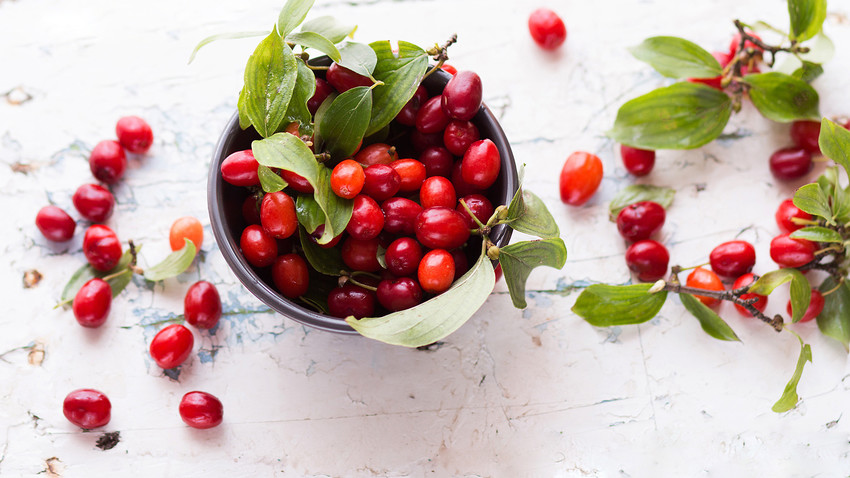 Cornelian cherries are a cousin of the American dogwood.

Legion Media
Not sure how to surprise friends at your Halloween party, or just want to live a long and happy life with (or without) your darling? Certain cherries are loaded with antioxidants and other healthy properties. If you can find the "devil's" cherries, then go ahead and add them to dishes without any fear of ghoulish retribution.

If you haven’t heard about the "devil's" cherries, or kyzil, it means you don't speak Russian or any of the Turkic languages, and it’s safe to say that you’ve never been to Crimea. But don't worry; you’re not alone.

Now, you've probably heard about Cornelian cherries (or simply, cornels). This is what we’re talking about. Why are they called the "devil's" cherries? One Crimean legend says that the devil asked Allah for the cornelian tree because it had beautiful flowers in spring, and the devil hoped soon to have some cherries. He wasn't patient enough to wait for late autumn and so missed out on this treat. In autumn, people went to the forest and picked the deep red cherries that are now called the "devil's."

You don't need to wait like the devil because it's already October. So, just look around your nearby forest, or buy them. If you pick the cornels yourself then check in Wikipedia to make sure that your cherries look similar. If you’re lucky, you can make jam, marmalade, natural drinks and pickled cherries just the way that the ancient Greeks and Romans did. Read our recipes and choose those that best suit your plans.

When cooked, the cornels resemble cranberries, but without any bitterness. They are high in antioxidants, anthocyanin, vitamin C, pectin and other substances that make these cherries a good remedy for any number of ailments. This will help you live many years even after any possible devastating zombie party. 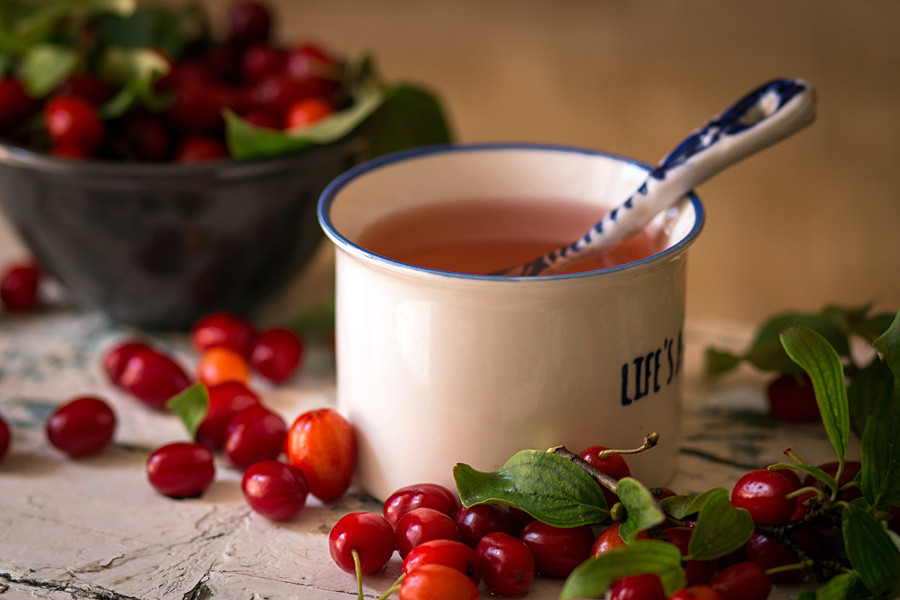 Cormellian cherry is known as an ornamental plant in the U.S.

Select the ripest cornelian cherries (250 grams). Soak in boiling water (4 cups), and let sit for five hours. Then put on high heat; after boiling, leave on low heat for 30 minutes. Leave the mixture in a cool place for an hour. Using a sieve, drain the mors from the cherries. Remove the seeds, then add the pulp, honey or sugar (100 grams), and mix well.

Varenye (a kind of jam) 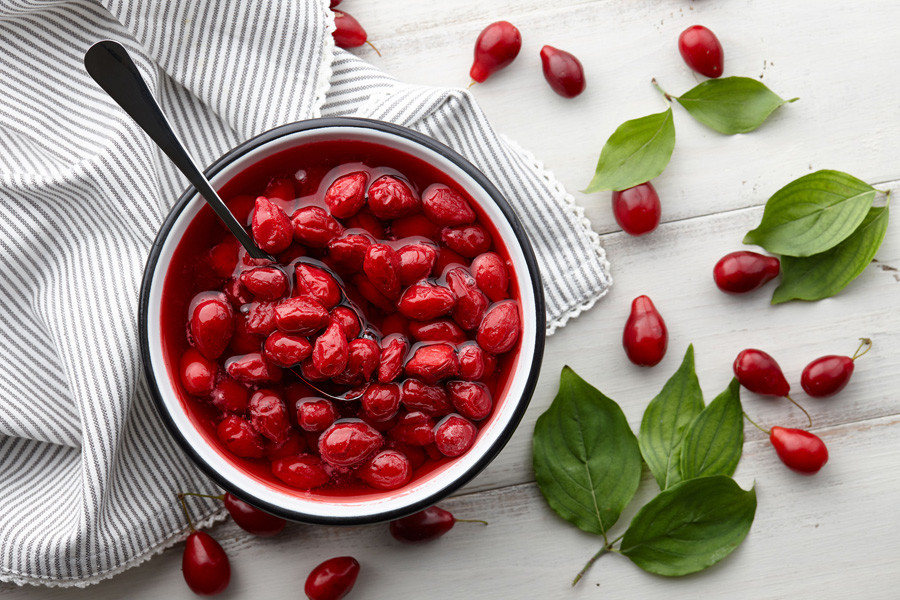 For every 800 grams of cherries use 1 kg of sugar. Wash the cornels, heat the sugar with 2 cups of water until it becomes syrup, add the cherries, bring to a boil at low heat for 10 minutes, and then remove any foam. Let it stand for the night, and repeat next day. If the varenye is not thick enough, boil it for a third time. 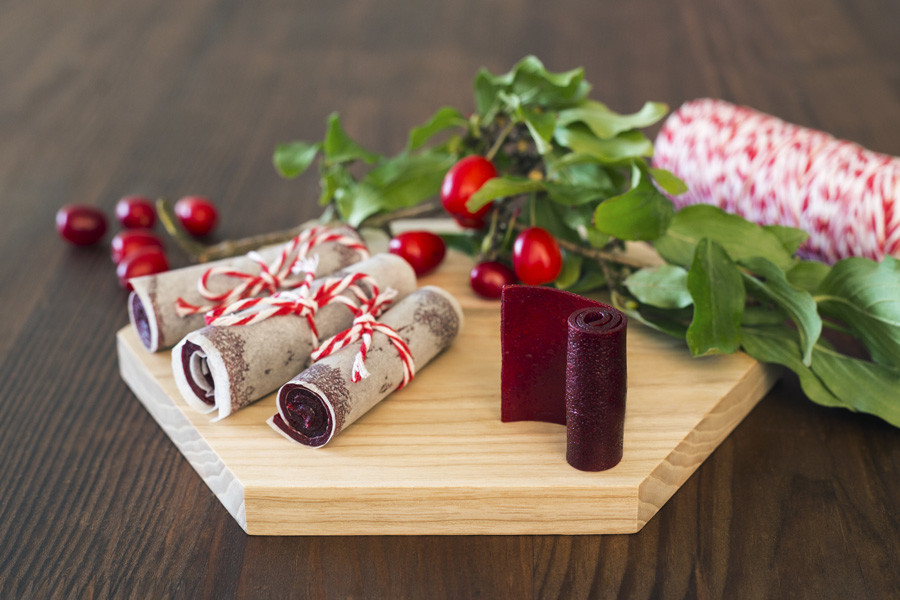 Lavash is a Caucasian flat bread.

In the Caucasus region, people are used to eating lavash made from cornels. To make it, wash the cornels, remove seeds and boil until it becomes a homogeneous mass. Spread thinly on a plate, and dry in the open air. 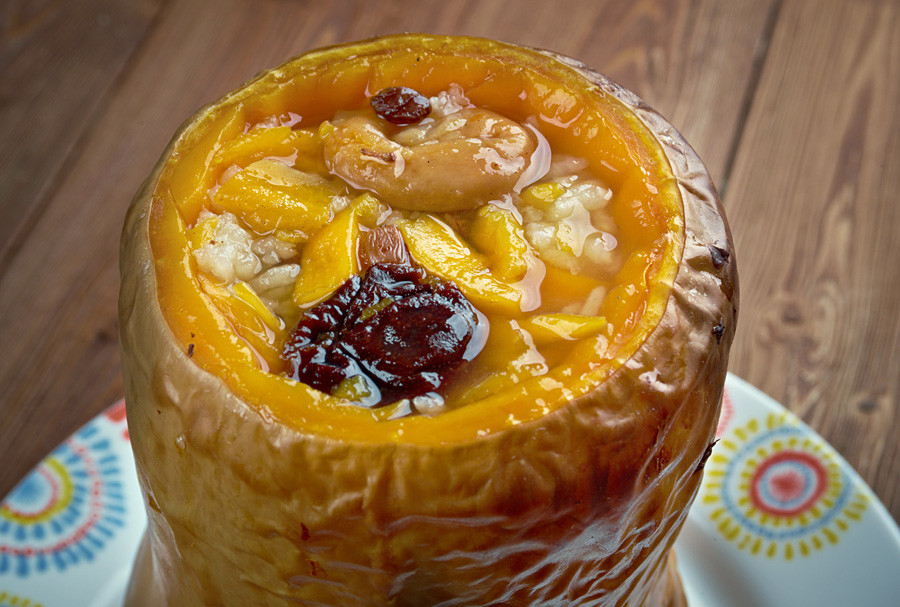 This stuffed pumpkin is traditionally served in Armenia between New Year and Christmas (that Armenians celebrate on Jan. 6).

If using any of Russia Beyond text content, partly or in full, always provide an active hyperlink to the original material