Russian Kitchen
Maria Afonina
Even oranges were exotic in the USSR, so people developed a love of other drinks like kvass and birch juice. Even fizzy water was a novelty! 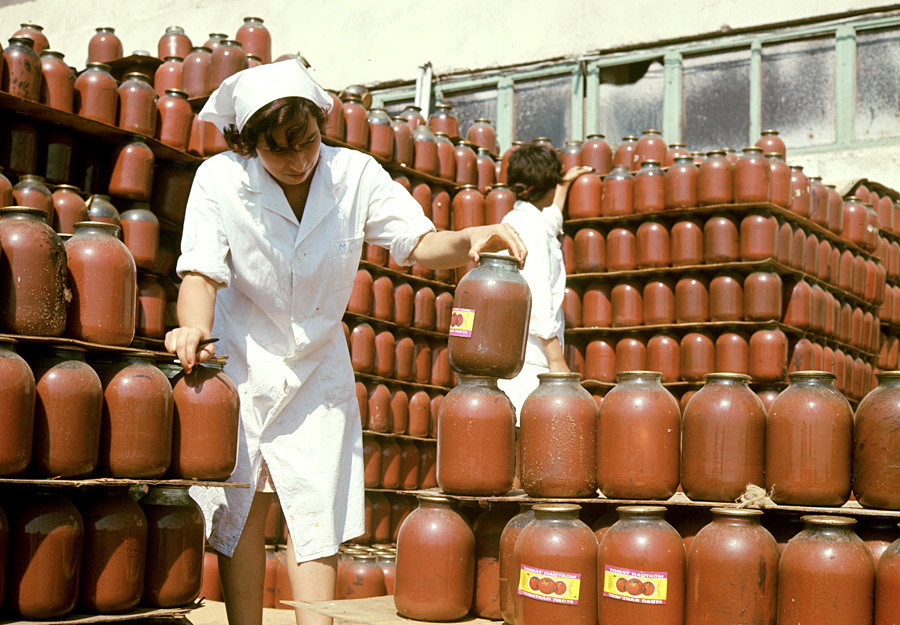 Tomato juice gained popularity in the Soviet era thanks to the efforts of Anastas Mikoyan.

Tomato juice in the USSR was everywhere: In theaters, cinemas, kindergartens, and factory canteens.

It appeared in the country after Anastas Mikoyan, the people's commissar of the food industry, visited the U.S. in 1936. He noticed how many hamburgers the Americans consumed, and was impressed by their refrigerators - but one thing that really struck him was the fact people drank so much orange juice for breakfast. However, the fruit was not easy to get hold of in the Soviet Union, so they used tomatoes instead.

Soviet citizens eagerly bought tomato juice, mainly by large three-liter jars. Cucumbers and tomatoes were pickled in them after the juice was finished. People also drunk tomato juice in "gastronomes" (food stores), where salt could be added. It was usually available by the glass in these places.

The second most popular and one of the cheapest juices after tomato was birch, which could also be bought in a three-liter jar. It was cheap (a glass of juice cost about eight kopecks) so sometimes people thought the beverage they were drinking was fake - the juice is fairly easy to imitate with water, sugar, and citric acid. While on occasion this may have been true, birch juice bought from Belarus, North Ukraine, and Central Russia in huge quantities. 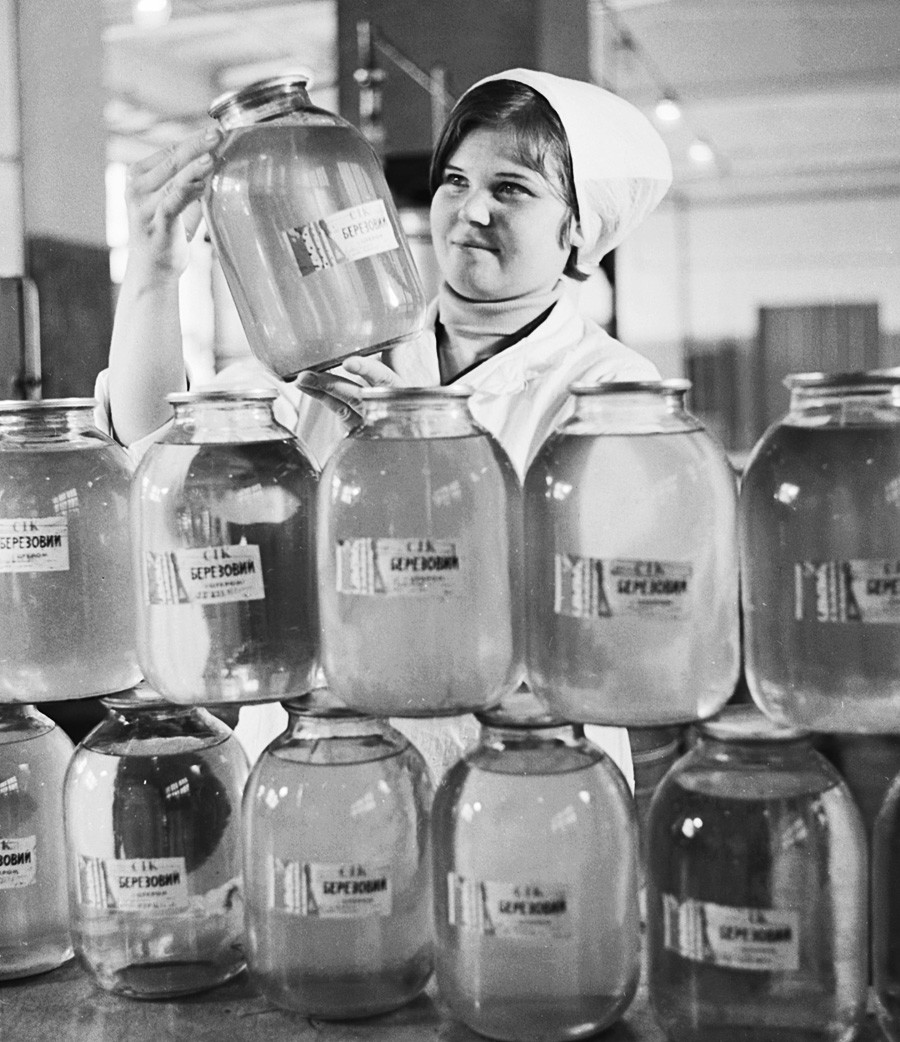 Beryozovy Sok (birch juice) is the sap from a birch tree.

If you didn't want to buy a jar of this pale green beverage, you could always go to the "Soki-Vody" (Juice-Water) kiosks and buy a glass instead. Juice cartons with plastic straws only became widely available during and after the 1980 Olympic Games, when huge amounts of orange juice was imported from Finland.

Milkshakes were loved by all Soviet children and usually found in "Soky-Vody" kiosks. It could often be poured from a three-legged device, with other juices (tomato and birch) also available. These milkshakes were white, sweet, and thick like sour cream - delicious. 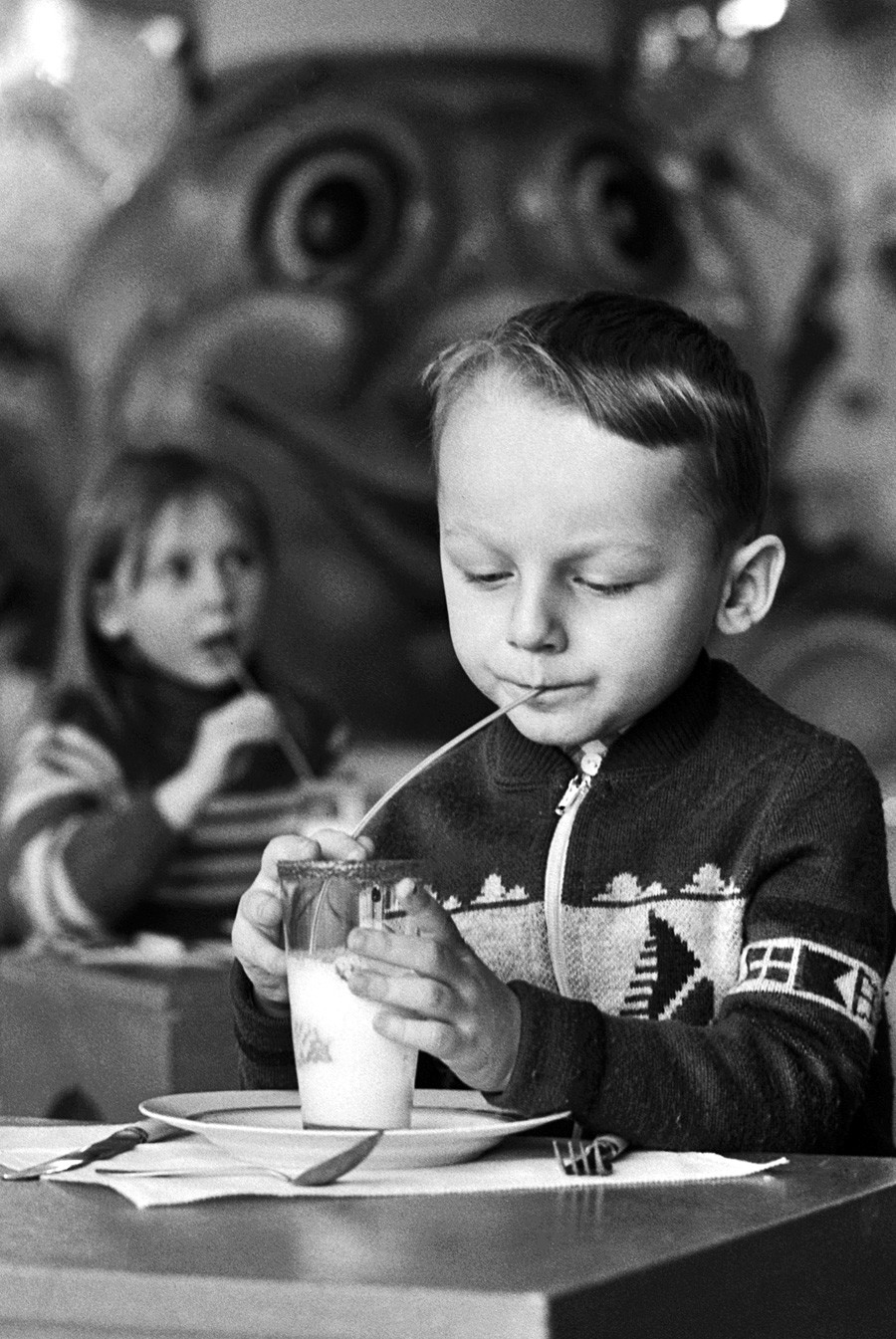 Milkshakes could be made at home as well, but unfortunately these concoctions usually had less foam on top.

The saleswoman would pour milk into a large nickel-plated glass, throw a couple of ice cream balls there, and add a little syrup - usually apple or pear. The glass was then placed in a powerful mixer that began to roar. And Bob’s your uncle. What a pity the glass couldn't be licked from the inside! Sometimes a milkshake was made from a special mixture that only needed to be shaken. 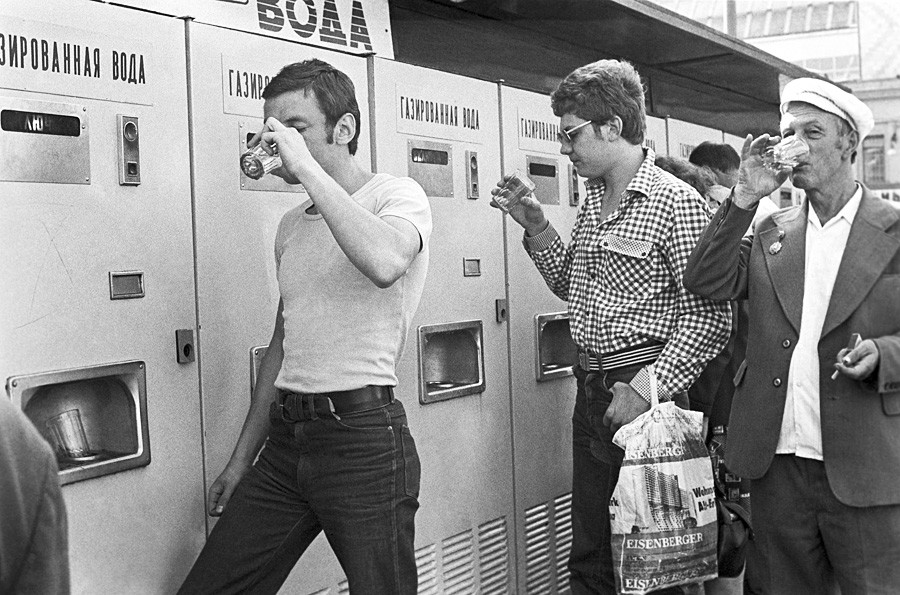 The history of the consumption of carbonated water in Russia counts more than 100 years.

Carbonated water could be bought from vending machines or from sellers on the street. The price of pure soda was one kopeck, and with syrup - four kopecks from a seller, three kopecks from a machine. 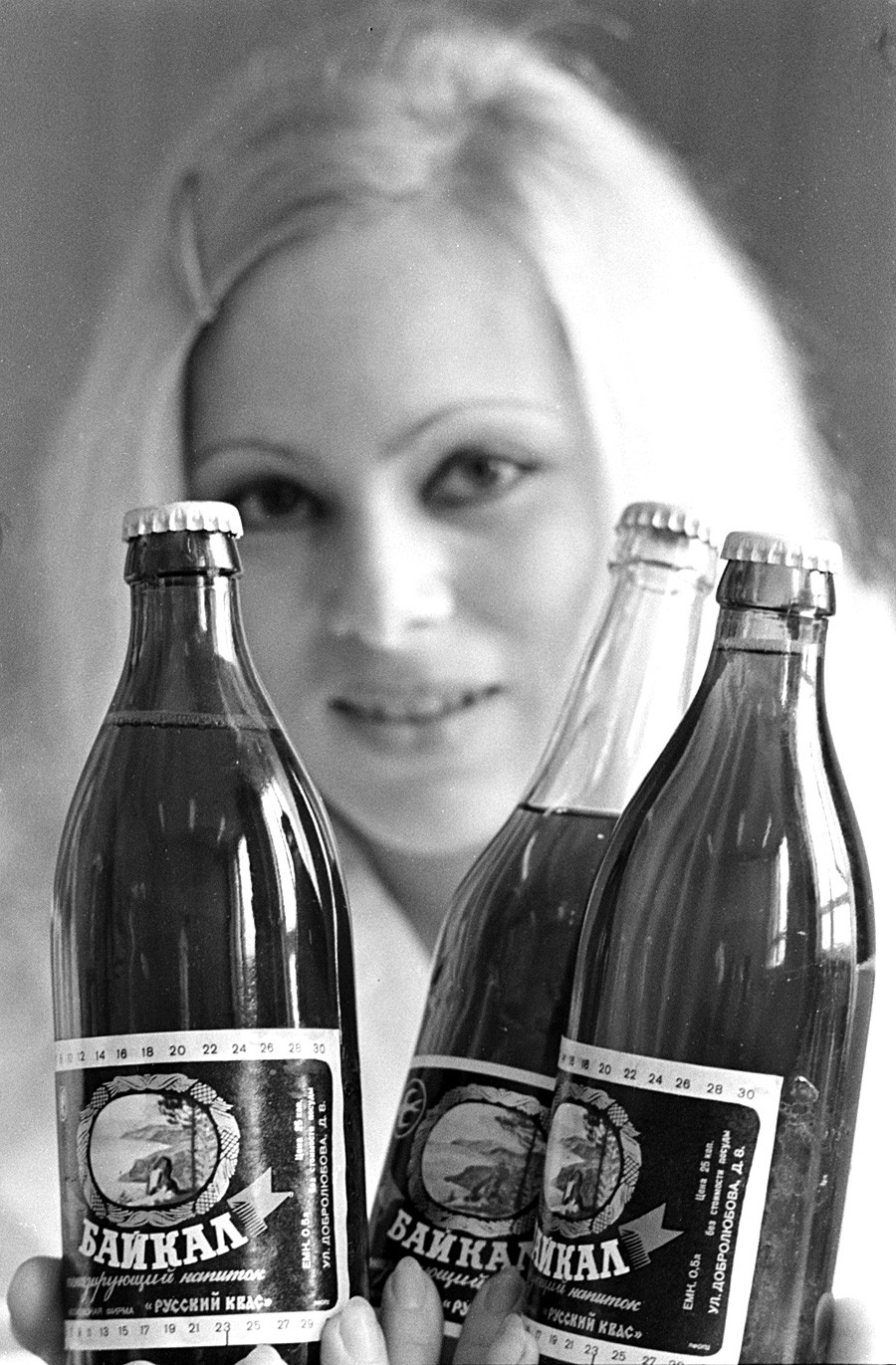 "Baikal" was developed as the Soviet counterpart of Coca-Cola.

Any fizzy sweet drink in a bottle with a metal stopper was called lemonade in the Soviet Union. These drinks were sold in glasses or dark green bottles with labels and a metal stopper.

There was a huge choice of carbonated drinks: "Buratino," "Sayany," "Citro," "Cream Soda," "Baikal," "Tarhun," and others.

In the “Soviet Cook Book” there’s a recipe for homemade lemonade: For one cup of drink mix one tablespoon of lemon juice with one and a half tablespoons of sugar and dilute with carbonated water. Add a slice of lemon in each glass and drink chilled.

Lemonade’s popularity was put to the test during the 1980 Olympics Games - many Russians tried Orange Fanta for the first time, and as the fruit was not available in the country the drink was somewhat of a novelty. 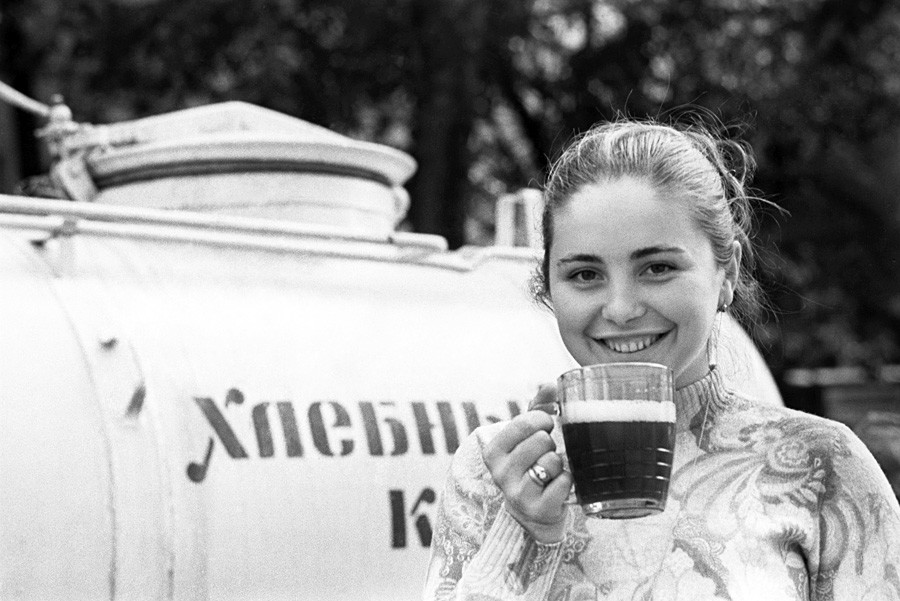 Kvass is a refreshing beverage made from fermented rye bread.

During the summer, yellow barrel-trailers on large wheels appeared everywhere on the streets. A lady in a coat serving the drink came as standard. She would sit on a chair, pouring kvass from the butt of the barrel. There were always crumpled ruble notes and “treshki” (three-ruble notes) in her hand, and a plate with coins.

Kvass could be bought by the pint in a glass, but many people also arrived with their own drinking vessels. Kvass was a Soviet symbol of summer.