Why Thursday was fish day in the USSR 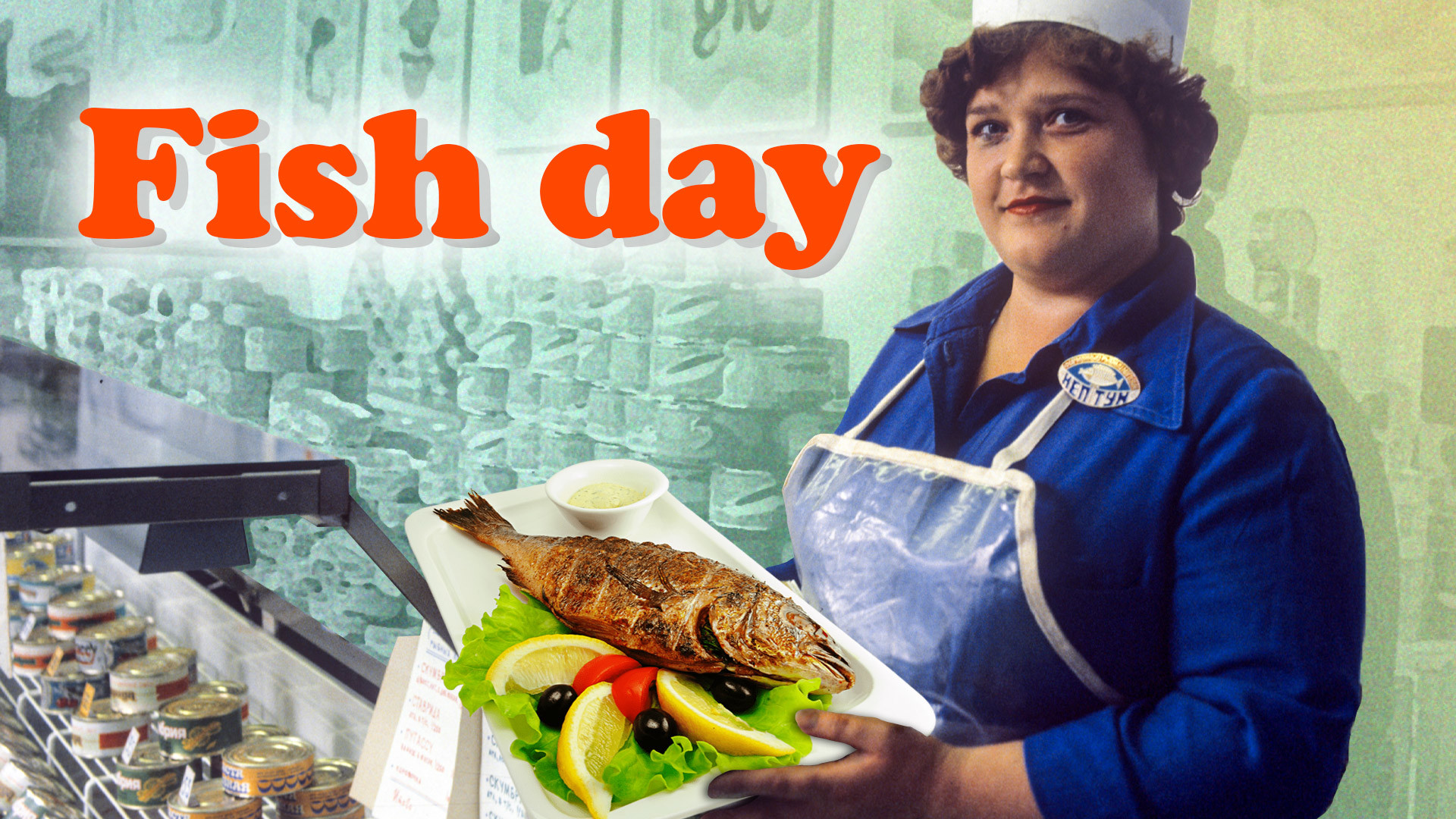 Kira Lisitskaya (Photo: Andrey Solomonov/Sputnik)
The Soviet government used all kinds of bait to lure people to eat fish. Why?

“Thursday’s fish day” is a phrase familiar to many Russians from childhood. In the USSR, a fish day was introduced not once, but twice, yet still it struggled to catch on.

Who came up with the idea of fish days?

In 1932, People's Commissar for Supplies and future Minister of Food Industry Anastas Mikoyan was seriously concerned about the shortage of meat. Collectivization and aggressive food taxes on the peasantry had led to a pig breeding crisis, a reduction in livestock and, ultimately, mass famine in 1930-33. 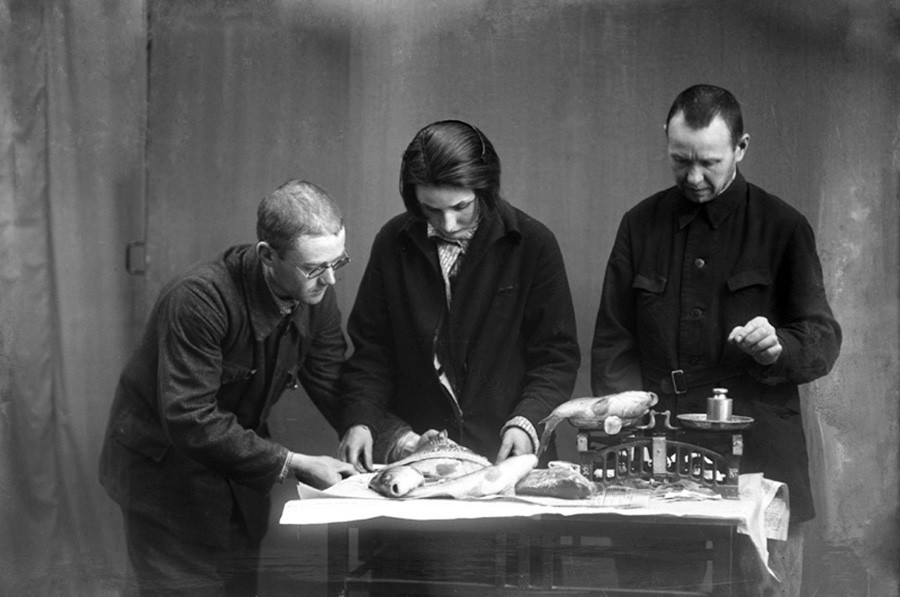 This prompted Mikoyan to issue an order on the “introduction of a fish day at public catering establishments.” It didn't have to be Thursday, but from that moment on, factory and other canteens began to serve fish one day a week in a variety of forms: cutlets, croquettes, fried, in soup. Fish is rich in easily digestible protein, phosphorus, iodine and many other beneficial vitamins and nutrients. 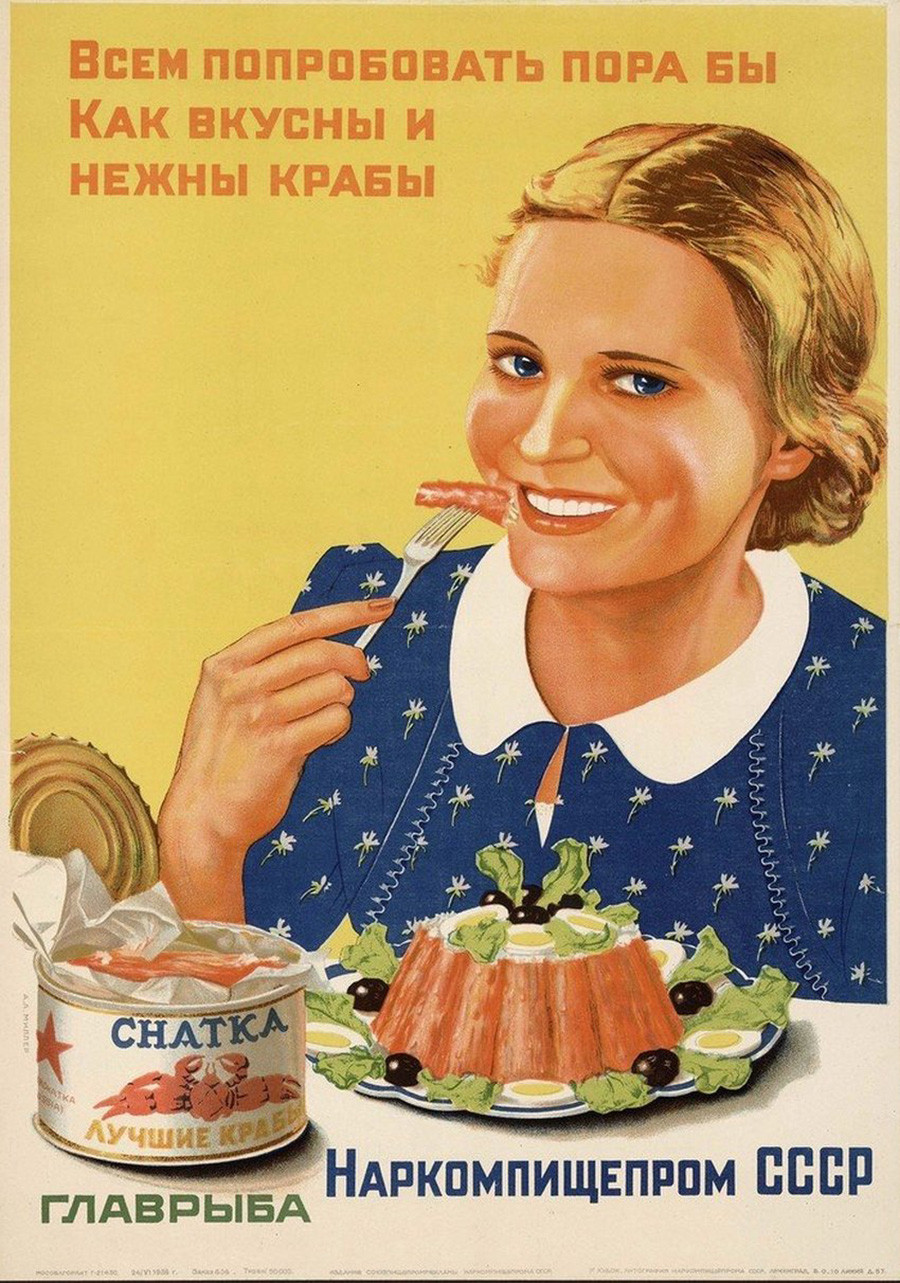 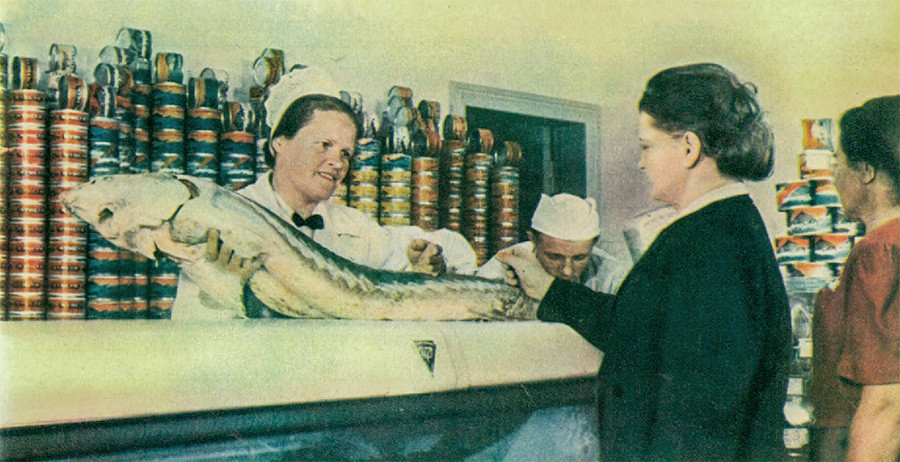 One of her main tasks was to develop the canning industry. Back then, canning was the only quick way to get fish to every table in the vast Soviet empire. Saury, salmon, sprats — through Zhemchuzhina's efforts, more than 50 types of canned goods appeared in abundance in all stores. 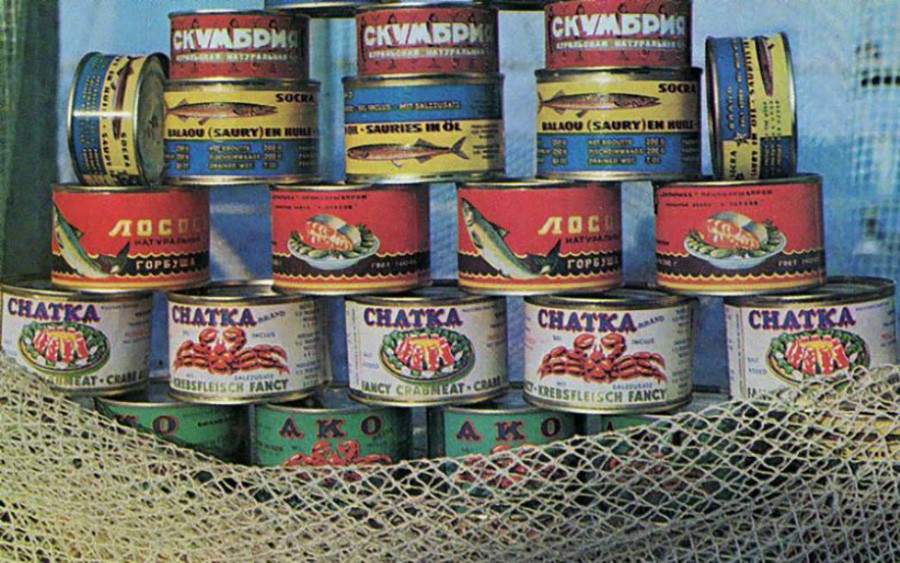 Soviet housewives came up with numerous recipes that are still popular today, including sandwiches with sprats and festive salads, such as “herring under a fur coat” and "mimosa" with pink salmon. 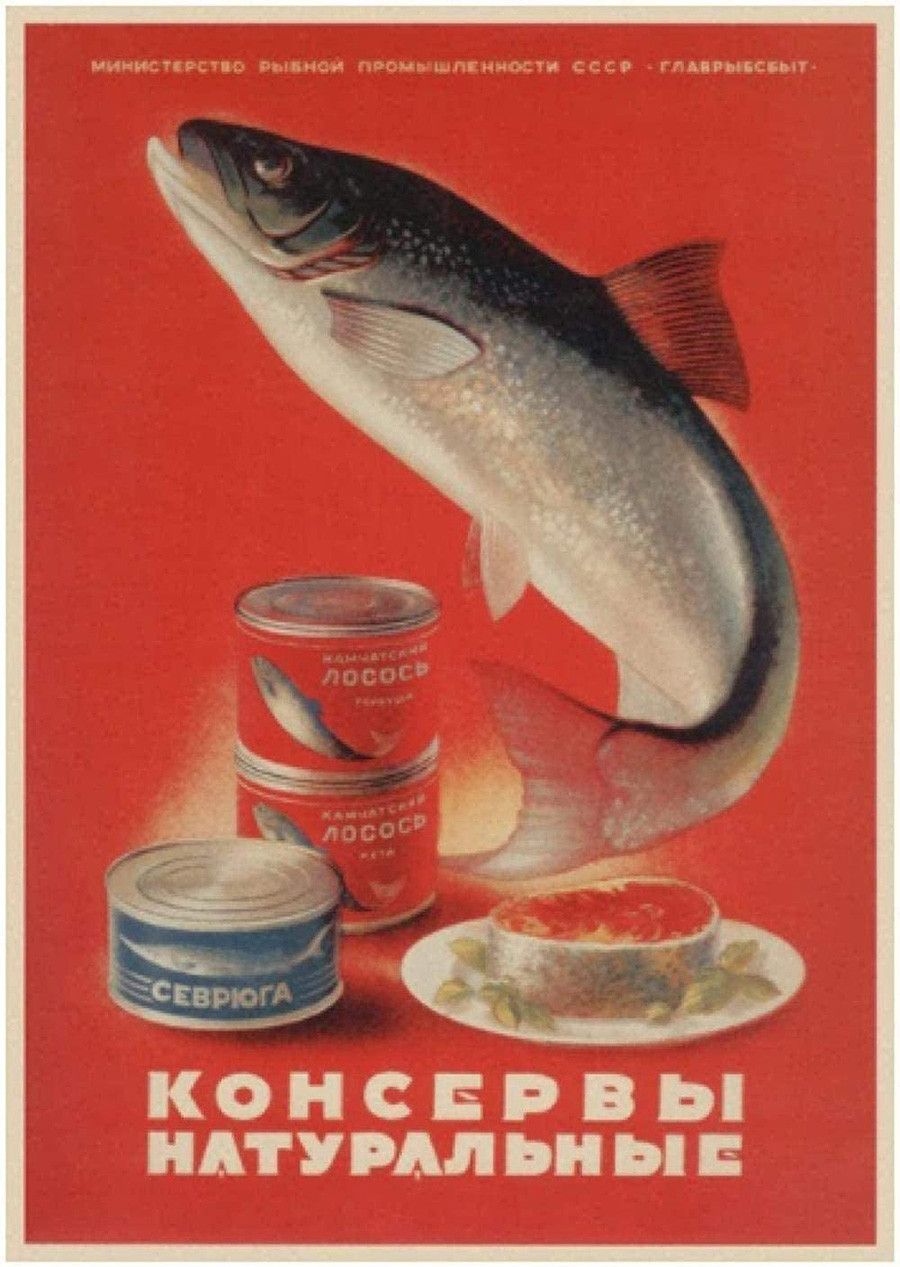 What’s more, until the death of Stalin, black and red caviar was very inexpensive and accessible. Actively farmed in the Caspian Sea, it was one of the country’s top exports. But whereas in tsarist times caviar had been willingly consumed, Soviet people didn’t really get it. Some posters even exhorted: "Make yourself eat caviar." 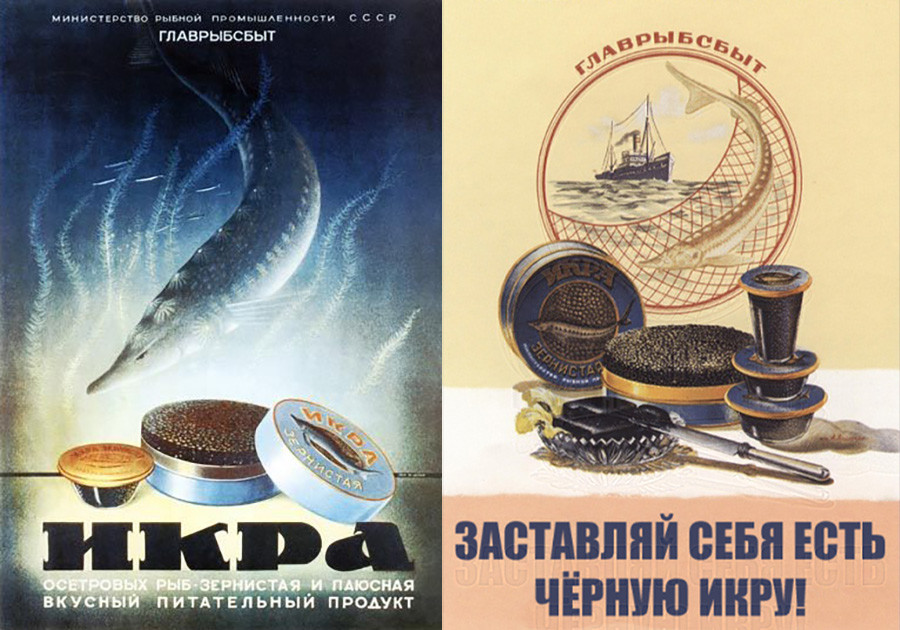 During WWII the fish lobby quietened down, but the 1950s soon gave birth to the mass production of cheap and popular canned foods such as "sprats in tomato". According to legend, Secretary General Nikita Khrushchev, having tasted it, said that it was impossible to imagine a better dish. "Sprats in tomato" became a favorite of students, hikers and drinkers looking for a tasty snack. 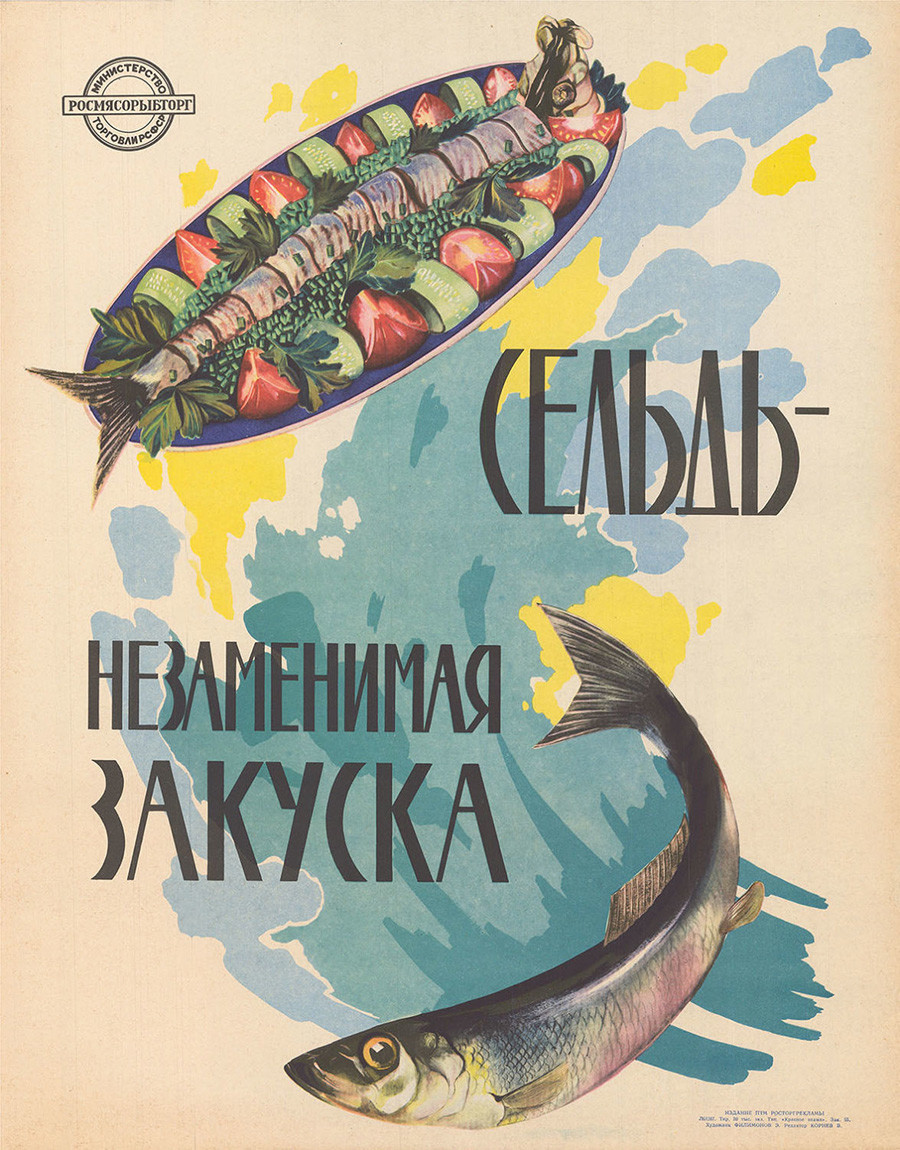 “Herring is an indispensable snack”

In the 1960s, the USSR decided to master the high seas, becoming a leading ocean-fishing nation in the process. Such fish was uncommon in that it reached the consumer only in frozen form, plus no one knew how to cook it properly.

After another meat shortage in 1976, the Central Committee of the Communist Party decided to introduce a specific fish day , settling on Thursday. 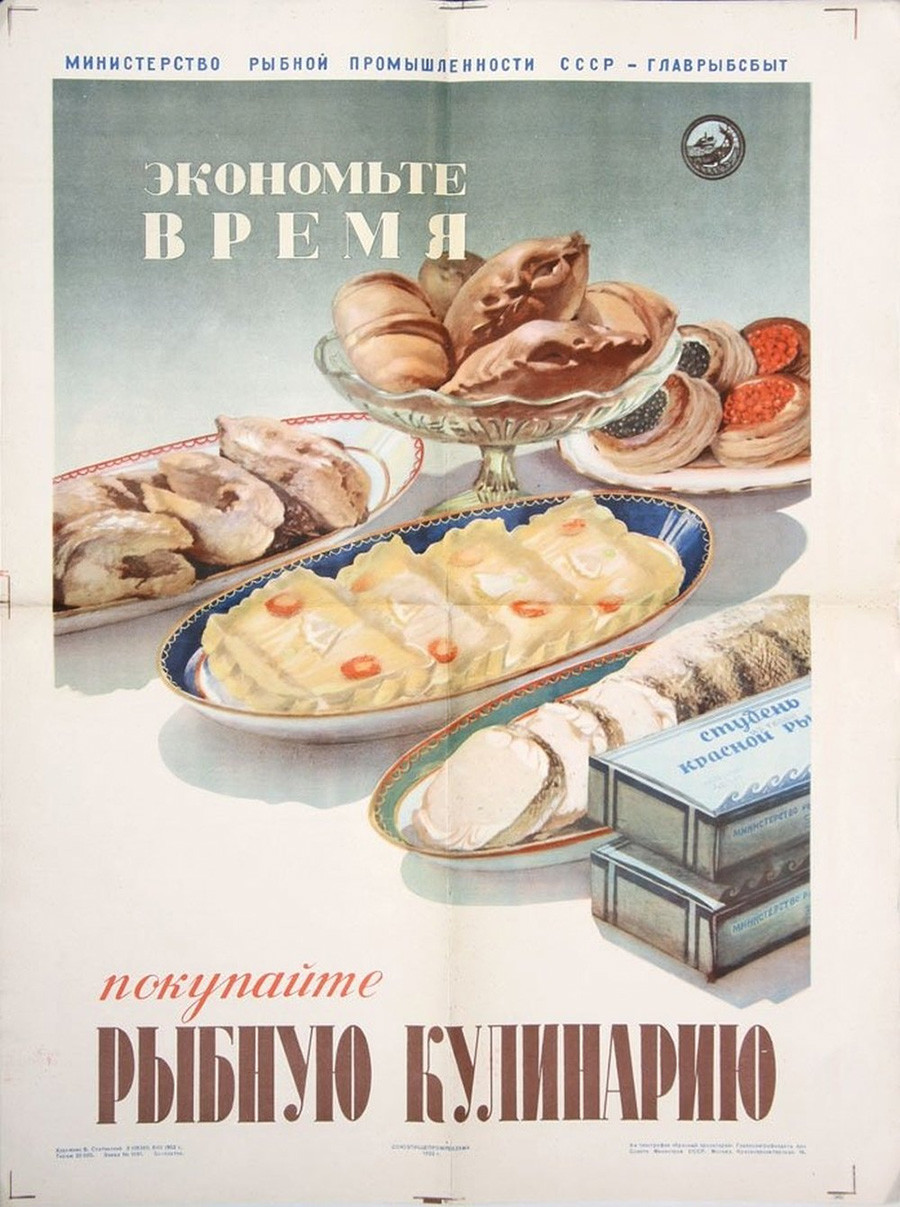 The official reason given was that Thursday would be the best day for fish sales. Another opinion holds that Thursday was chosen as a poke in the eye to Orthodox believers, since their fasting days are traditionally Wednesday and Friday (official doctrine did all it could to encourage atheism).

Workers did not like this day — fish dishes in the canteen were rarely tasty. As such, it was believed that fish day might negatively impact productivity, so it was set later in the week. 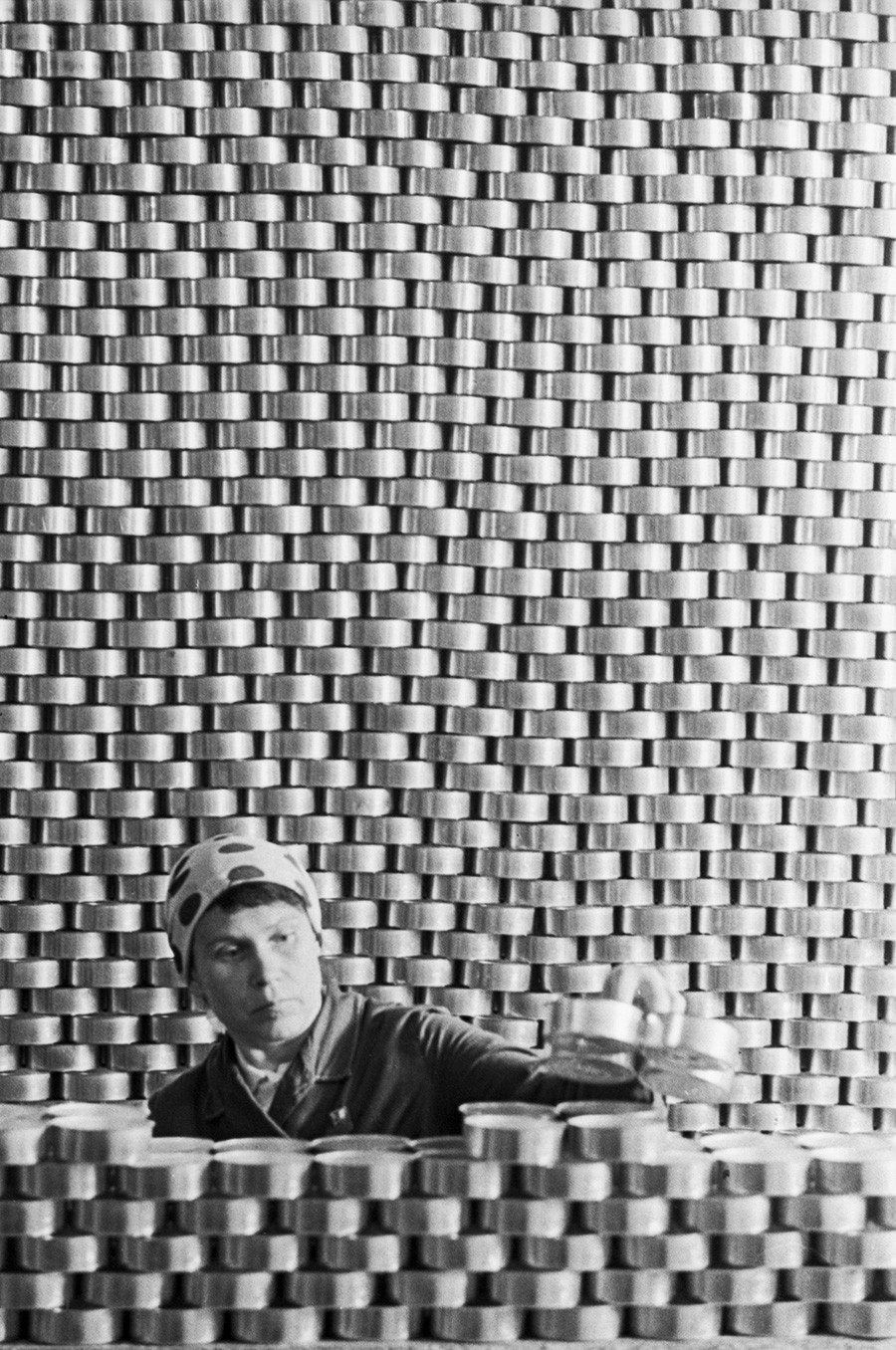 Quality inspector at the canning workshop of the Yamalo-Nenets Fish Factory, 1972

“I couldn’t stand Thursdays. The smell and sight of that canteen fish! I tried to bring a sausage sandwich with me or just skipped lunch that day,” Muscovite Sergey recalls his youth in the late 1970s.

Russians had many jokes about fish day: for example, on Thursdays, it was said, brothels were swimming with mermaids.