10 most UNUSUAL McDonald’s and KFC buildings in Russia (PHOTOS) 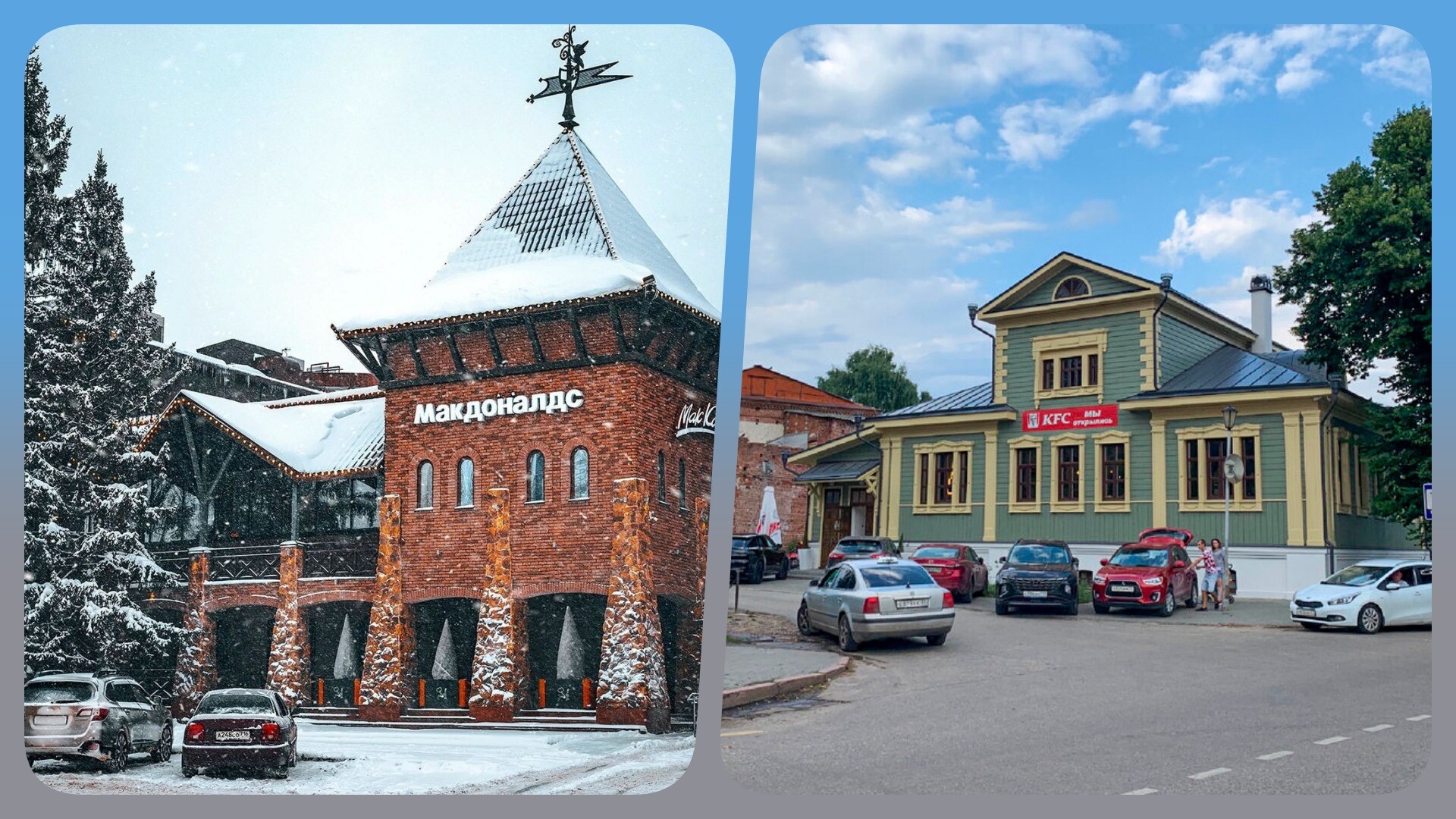 @my_artphoto; Nikita Savvateev
A hamburger in a “medieval” tower or some hot wings in a wooden izba house? We bet you didn’t expect to find fast food restaurants in these places!

1. “There also should be a moat and archers on the tower!” joke people in Kazan. Yes, it’s not often possible to see a fast food restaurant in a “medieval” castle in Russia - well, anywhere, for that matter! Locals say that, ten years ago, there was a themed restaurant called ‘Lancelot’, but it closed down and its building has now been taken over by a McDonald’s! 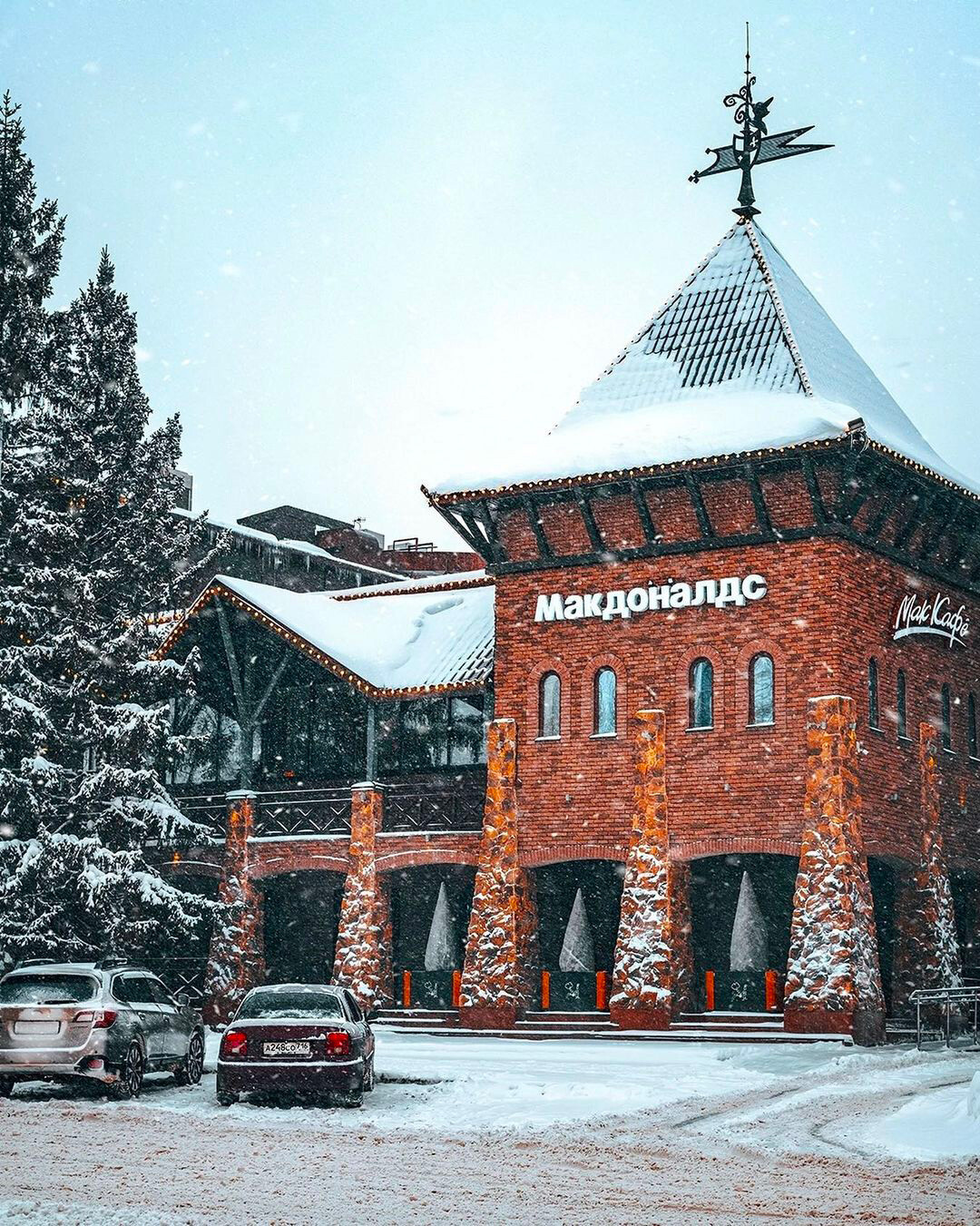 2. In Petrozavodsk, the capital of Karelia, a KFC restaurant is located in an incredibly beautiful Soviet-era building. Previously, it was the Pobeda cinema, which, after the collapse of the USSR, trying to survive, rented out its space to nightclubs, exhibitions and so on. And now, the entire first floor is occupied by KFC. 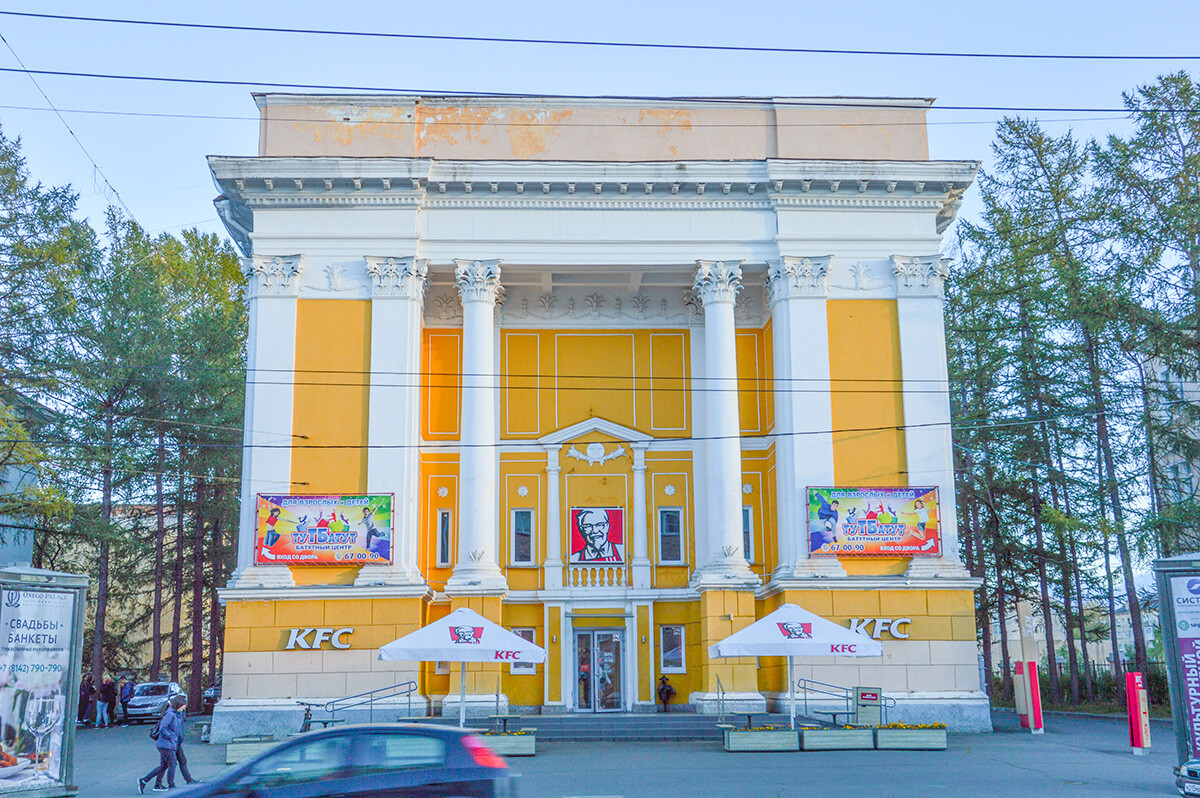 3. A McDonald’s restaurant in Sochi is located near the embankment, in one of the most touristic places in the city. In addition, the building itself looks no worse than the luxury restaurants with the outdoor fountain nearby. And there are stunning views of the Black Sea and the seaport from the terrace on the second floor! 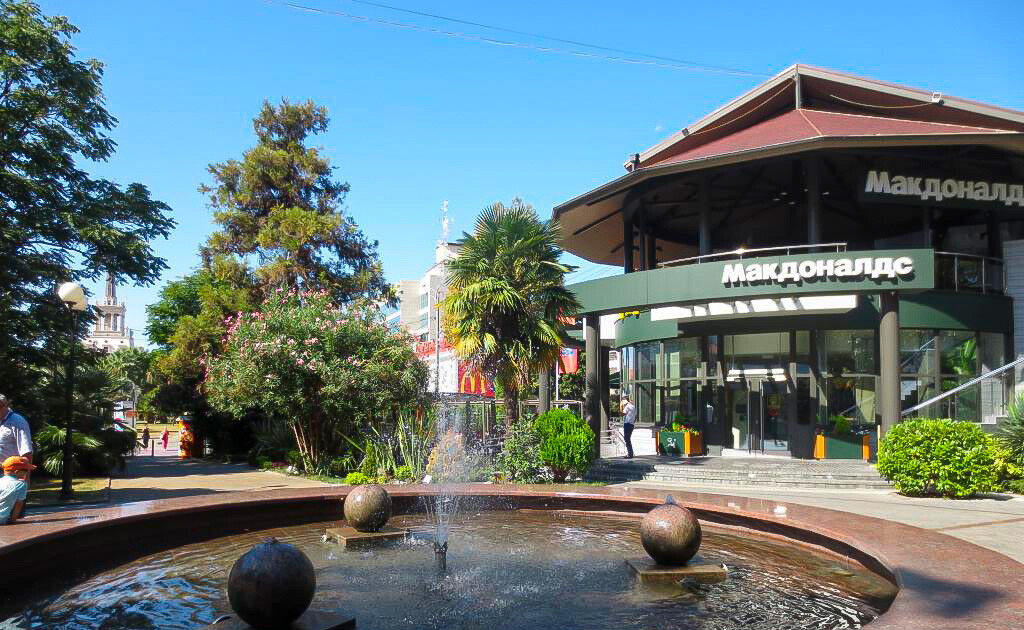 4. In Penza, the ancient city in central Russia, a McDonald’s restaurant occupies the building of a former fish passage built in 1900. This building is one of the most beautiful in the city and considered a local landmark. 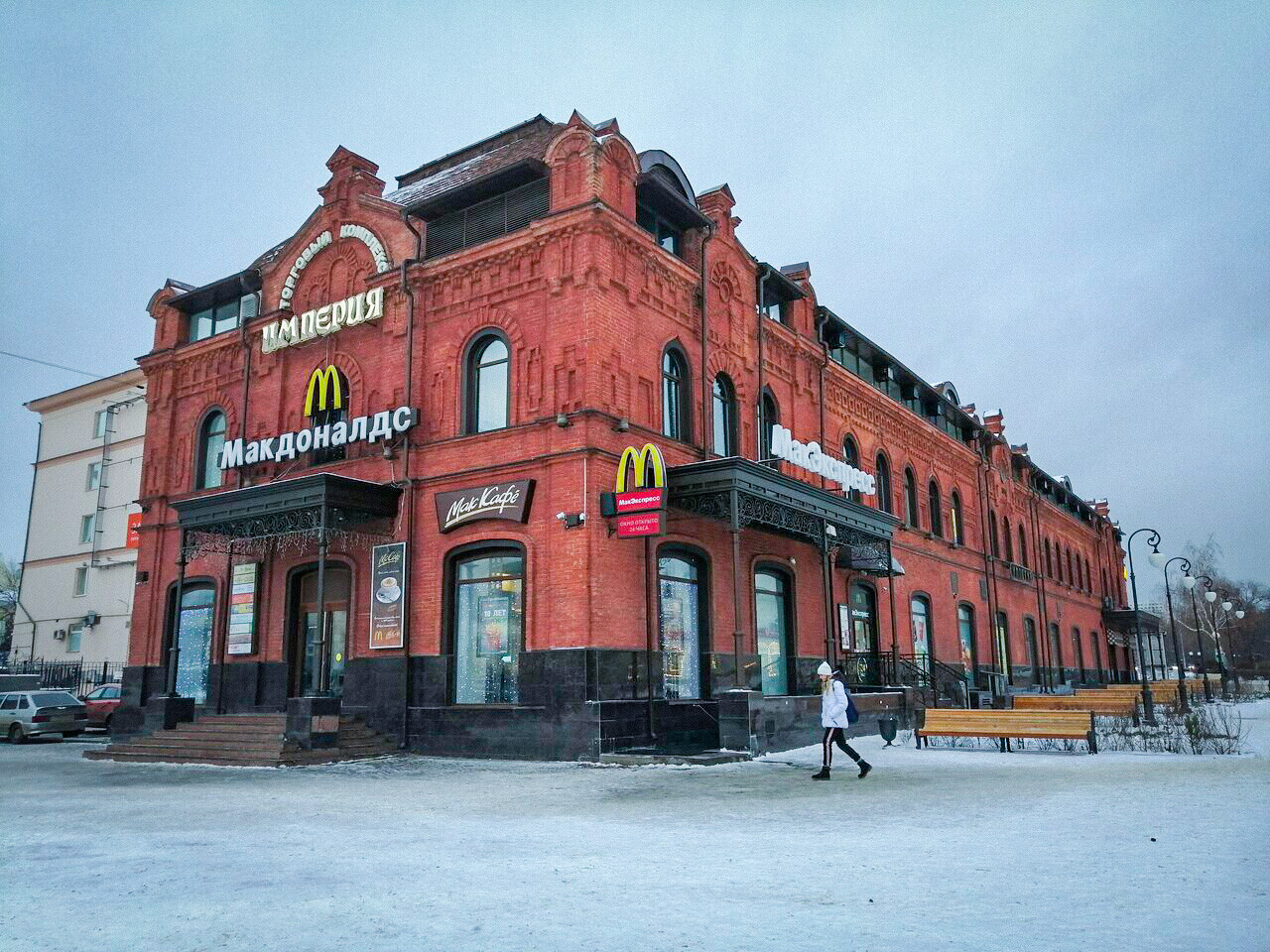 5. If there was a KFC in old Rus’, it would probably look exactly like this! Suzdal is one of the most famous cities on the Golden Ring, where many historical buildings are still preserved, but, until recently, there was not a single fast food chain, since the city administration wanted to preserve the authenticity of the city. However, in 2021, the first KFC franchise opened in the city center in such a wooden building. Visitors note that this is the most unusual fast food restaurant they have seen. 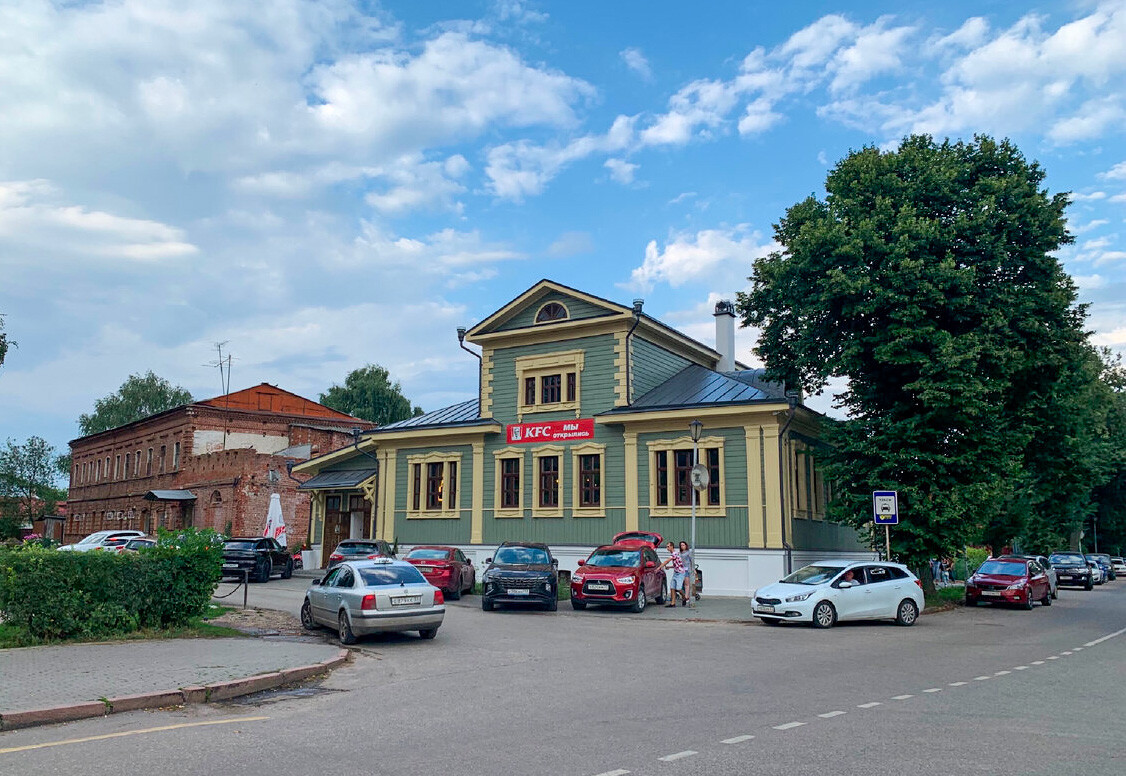 6. This KFC restaurant is located right inside the Kazansky railway station in central Moscow. The building itself was designed by famous Russian architect Alexei Shchusev in the 1910s and the KFC franchise appeared here almost a century after. 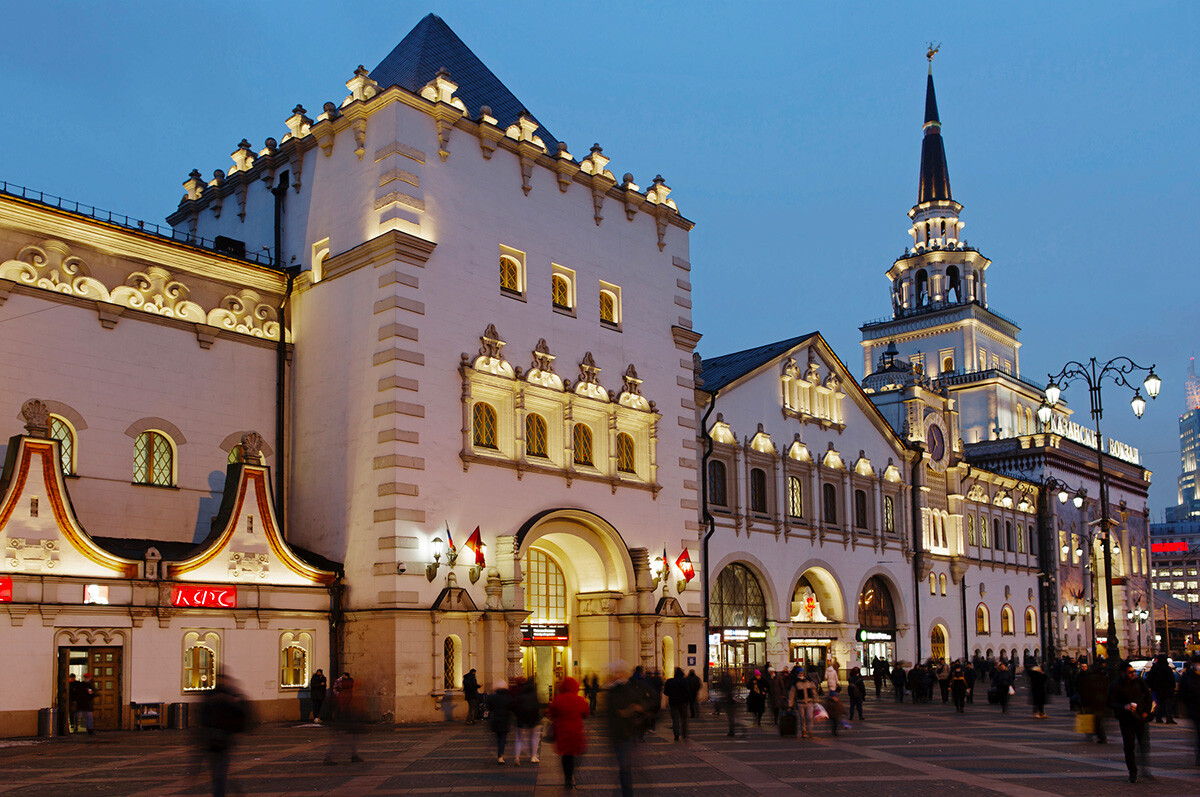 7. The McDonald’s restaurant on Vasilievsky Island in St. Petersburg is located in a mid-1990s building. The architects designed it in the postmodern style, so that it didn’t contrast with the neighboring buildings of the late 19th-early 20th century. They even created a nice turret with a clock! 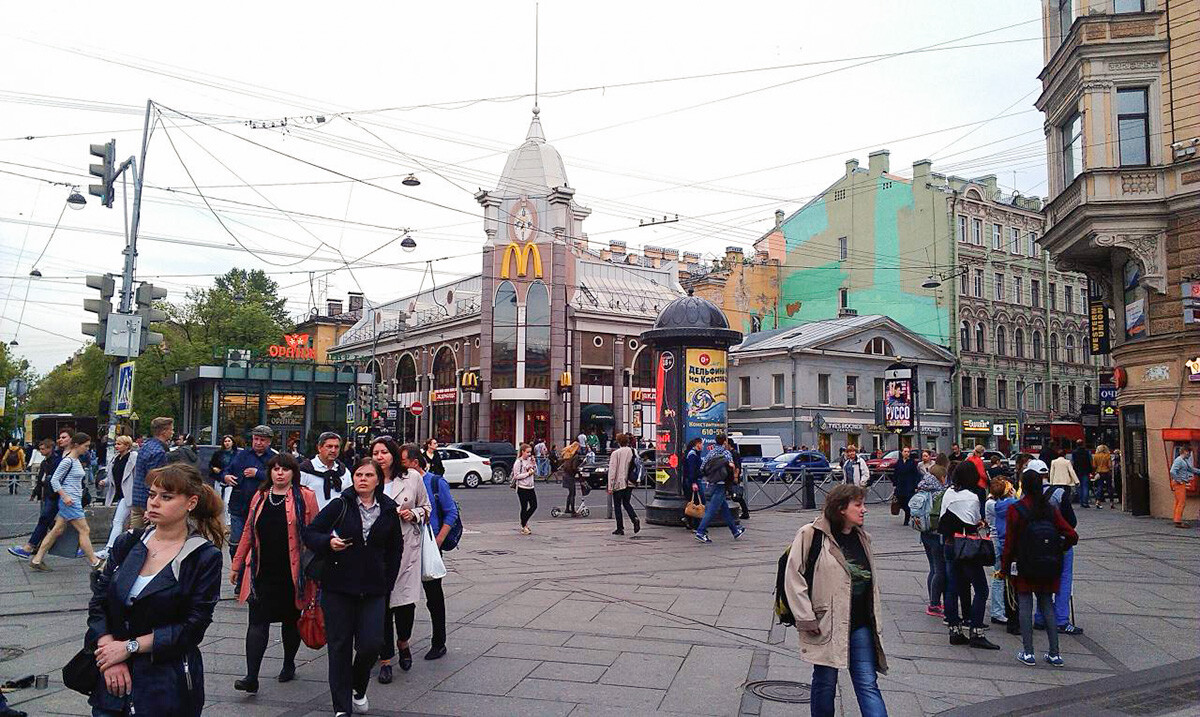 8. A large McDonald’s restaurant opened on three floors of a 19th century mansion on Novy Arbat in Moscow in 2020. In Soviet times, there was a maternity hospital, which survived the construction of Novy Arbat Street, while many old buildings were demolished. The original building is similar in architecture to a medieval castle. 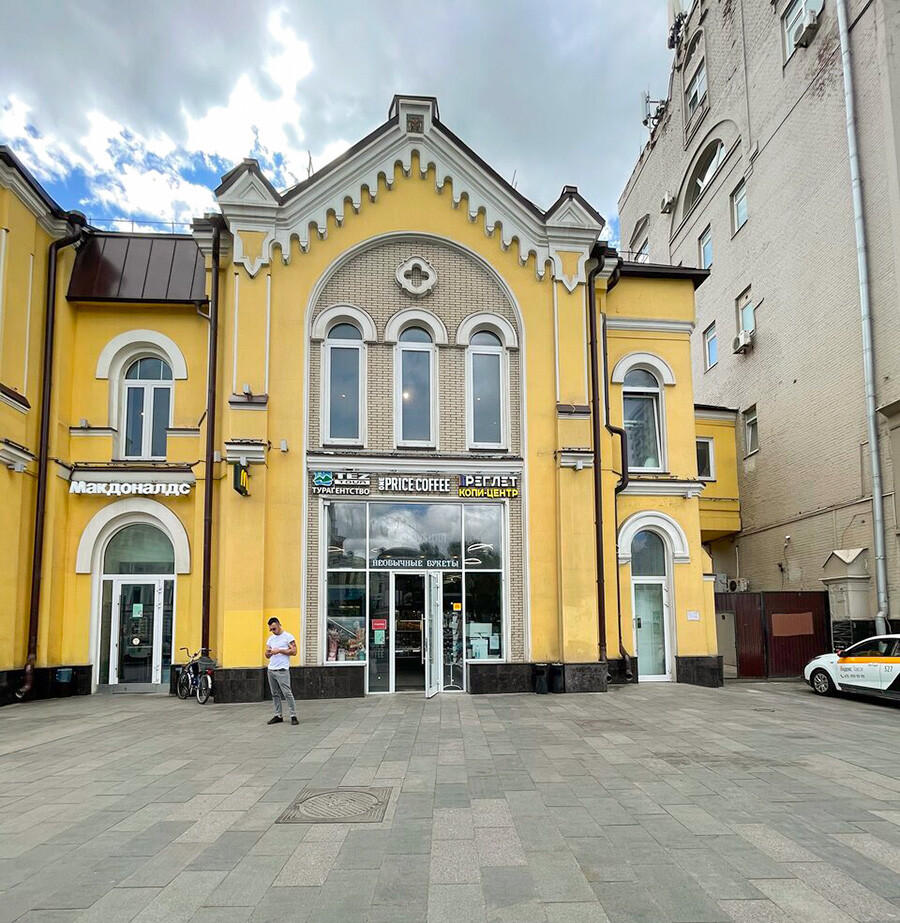 9. In Ivanovo (central Russia), the KFC restaurant is located in a house built in the year 1900. Initially it was a residential building, then a hotel with stores. During the Soviet years, there were also apartments there. In 2019, the fast food cafe opened. 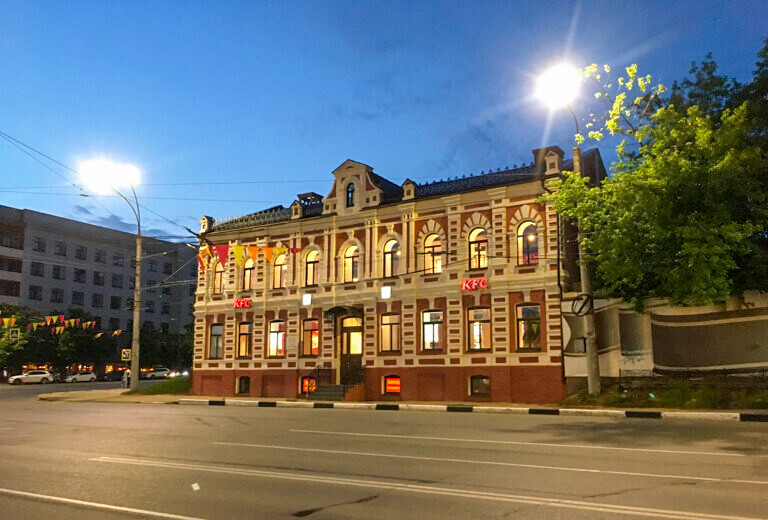 10. ”One of the best views in Nizhny Novgorod," say locals who visit the McDonald’s restaurant on the Nizhnevolzhskaya Embankment. The building was constructed in 2019 and instantly became very popular. In particular, because of the amazing location! 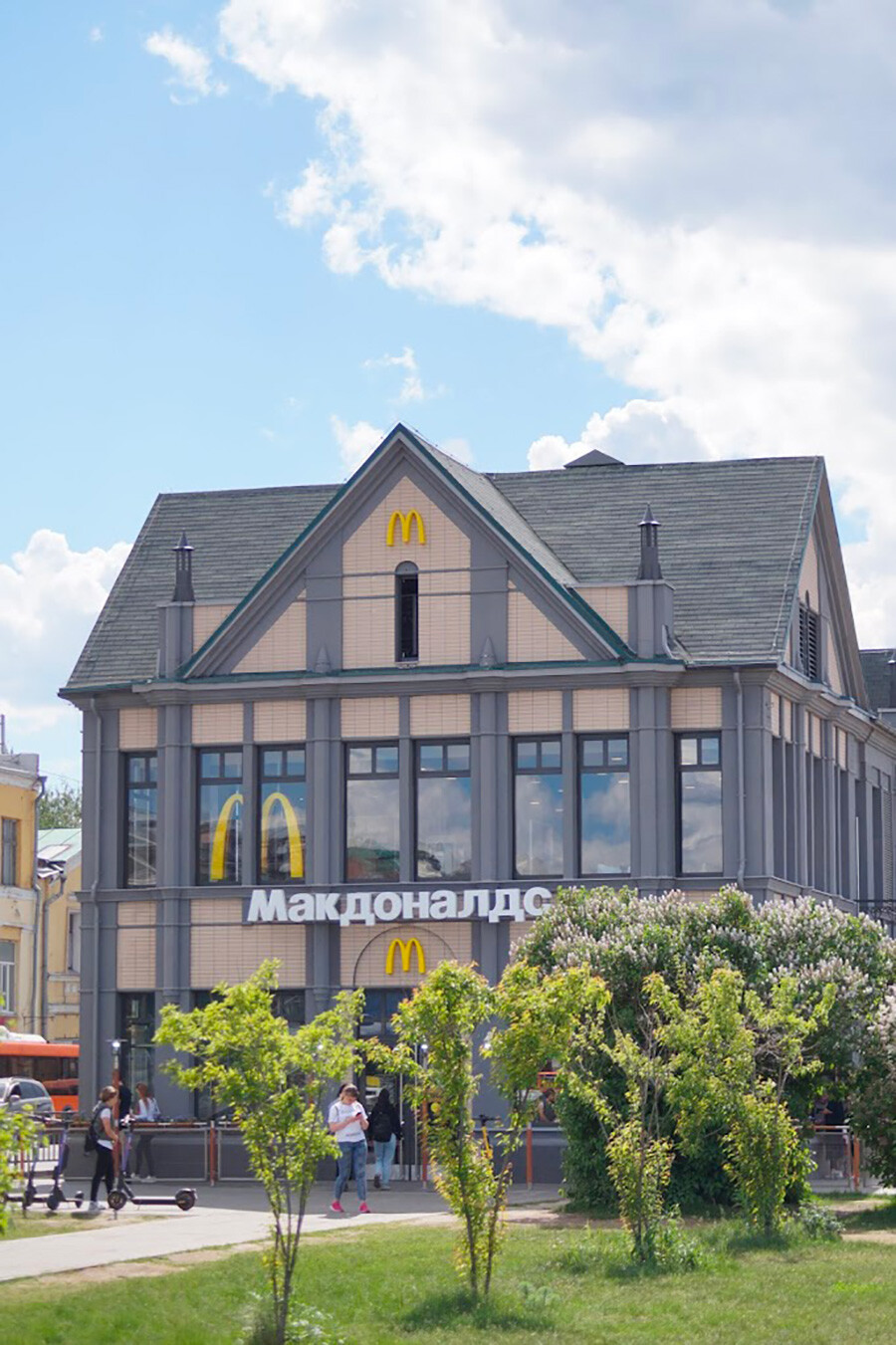