Colonel's Salad: A real man’s dish from the USSR (RECIPE) 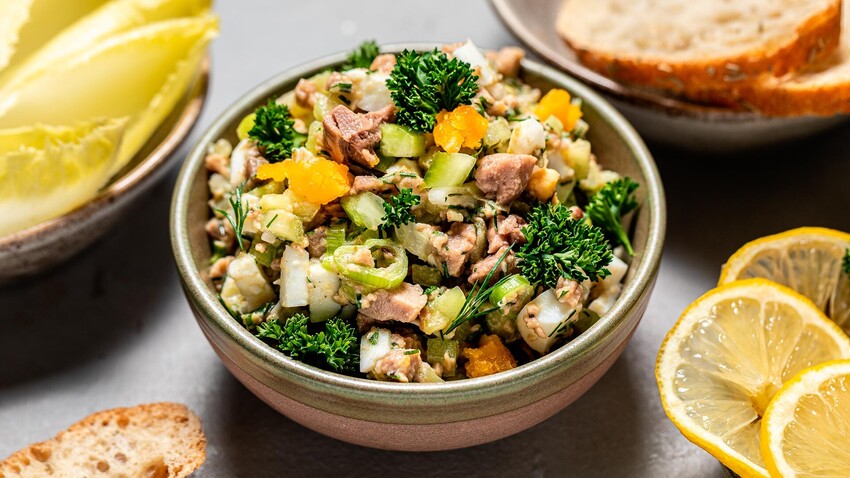 Yulia Mulino
Let’s give cod liver a chance, and learn how it’s cooked and served in Russia. Try it as a salad or an appetizer on croutons.

Strange as it may seem, cod liver, a seemingly simple but at the same time exceptional delicacy, is very much loved in Russia. Frankly speaking, I especially missed it the first time in the Netherlands, until I finally found it in local shops.

Why is cod liver so good? In moderate amounts, cod liver can help you improve your vision (vitamin A), strengthen bones (vitamin D), as well as improve cardiac and mental performance (omega-3).

No doubt, cod liver has a peculiar smell, and it's not the most photogenic product to look at. But it's also important how it's prepared and served.

Colonel’s (Polkovnichy in Russian) salad was very popular in Soviet times. In many canteens and restaurants, as well as on home tables, it often had a worthy place.

The dish probably got its name from the fact that it is prepared with rather heavy and high-calorie ingredients, loved by real tough guys. Moreover, canned food was associated with army meals. However, it can’t be called simple, because cod liver was considered a delicacy in the Soviet Union, which is why it’s named in honor of a high-ranking colonel.

This salad’s main ingredients are canned cod liver, eggs, onion and cucumber. Now, there are many variations of this salad using hard and soft cheese, which makes it more nourishing. On the other hand, some people add many fresh vegetables, such as celery stalk, in order to make it lighter. And of course, with greens, the salad will only get better. It doesn’t require any dressing, because cod liver is greasy. I stuck to the classic recipe. I only added a mixture of crushed dill seeds, black pepper and salt, as well as a couple of drops of lemon juice and lemon zest for additional flavor.

This combination of simple ingredients creates a truly special dish. You can serve it on thin croutons or on salad leaves. 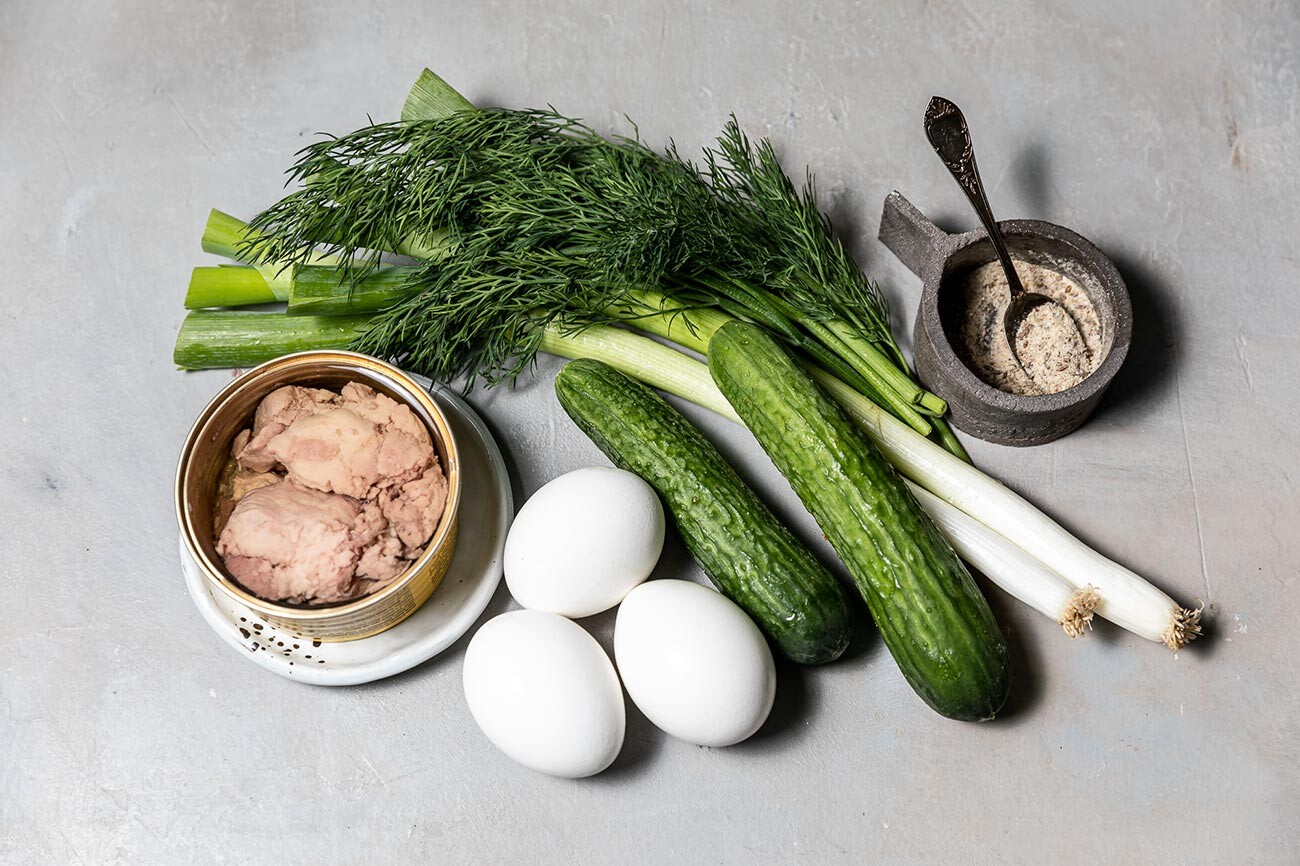 1. Place cod liver on several layers of paper towel to be rid of the excess fat. 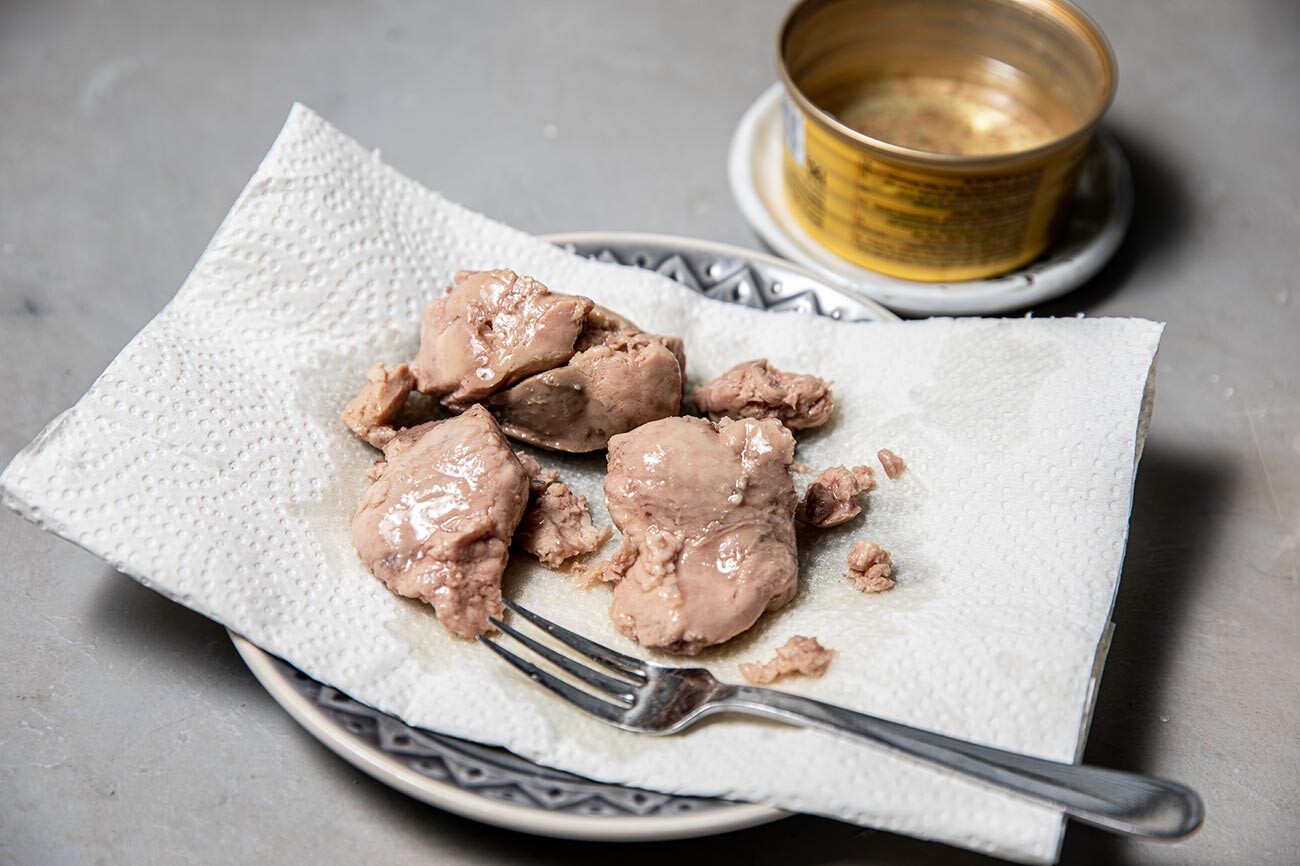 2. Boil the eggs and cut them into small cubes. 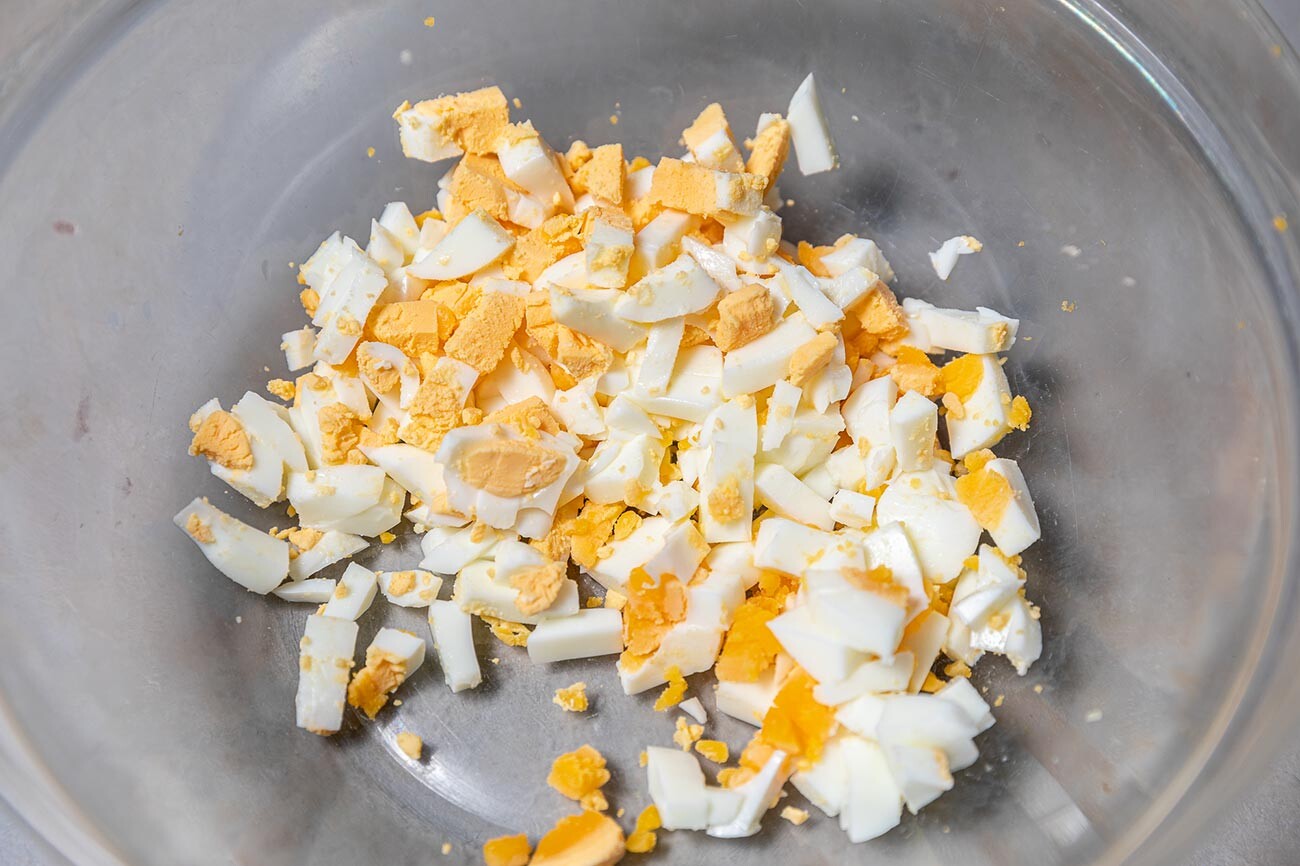 3. Peel the cucumber and cut into small cubes. 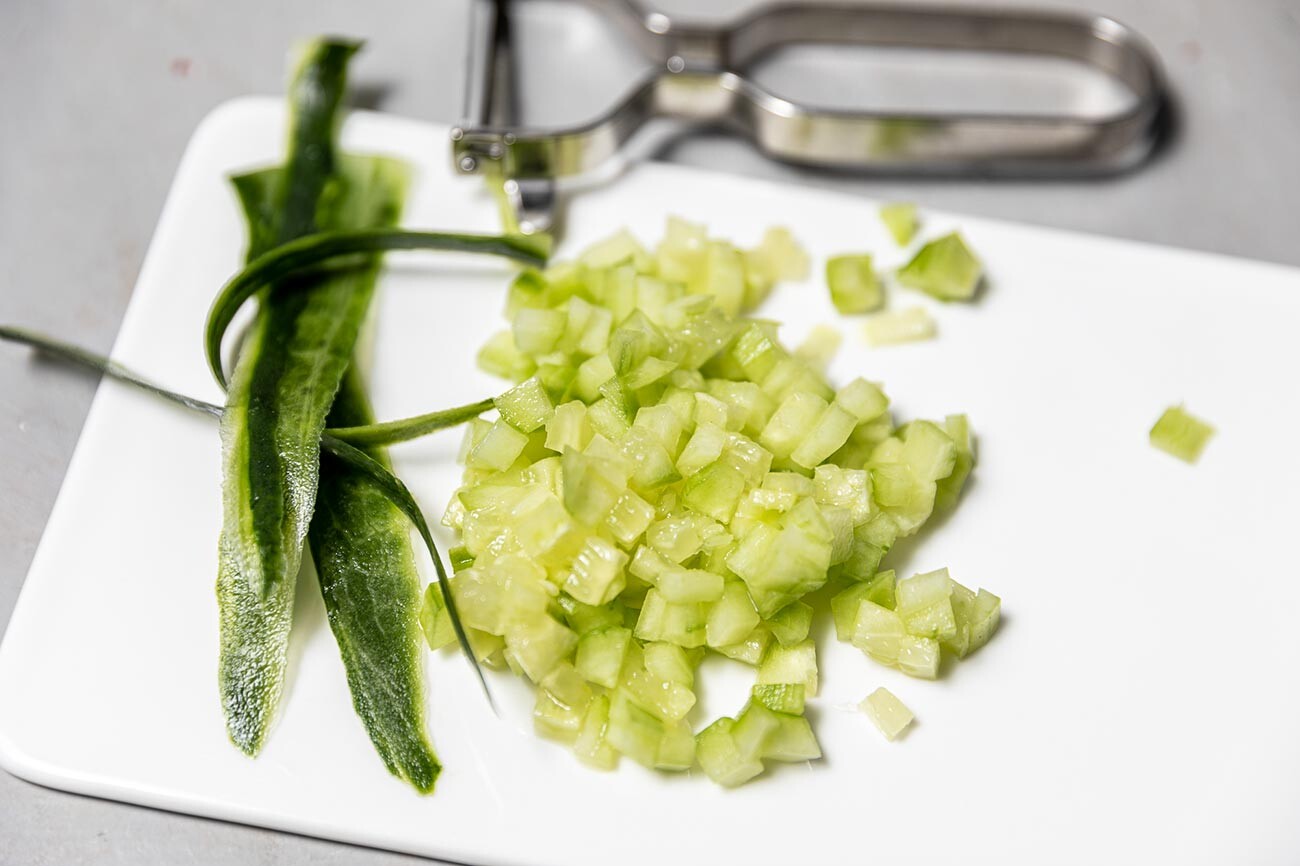 4. Cut the cod liver in a plate, fixing it with a fork. 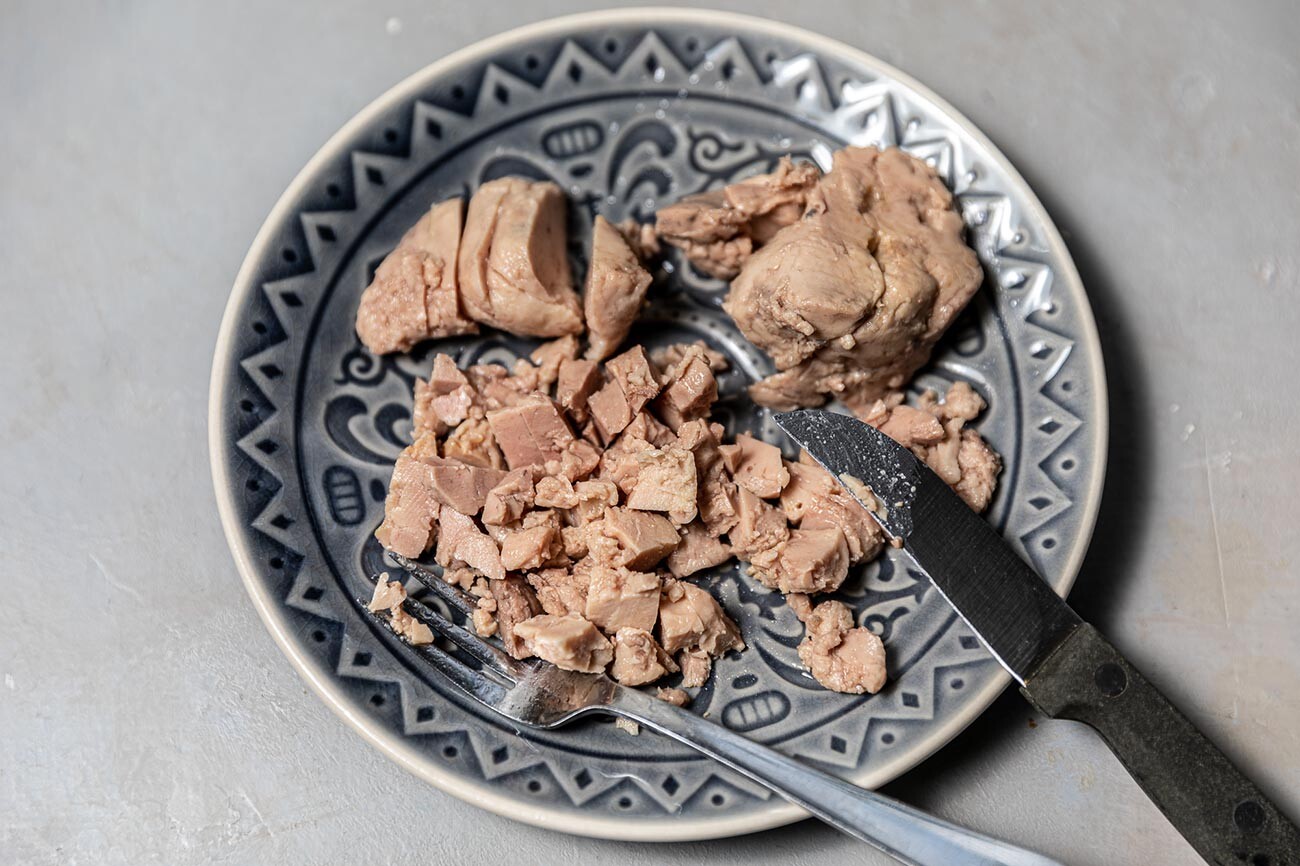 5. Combine the greens and green onion in a bowl. 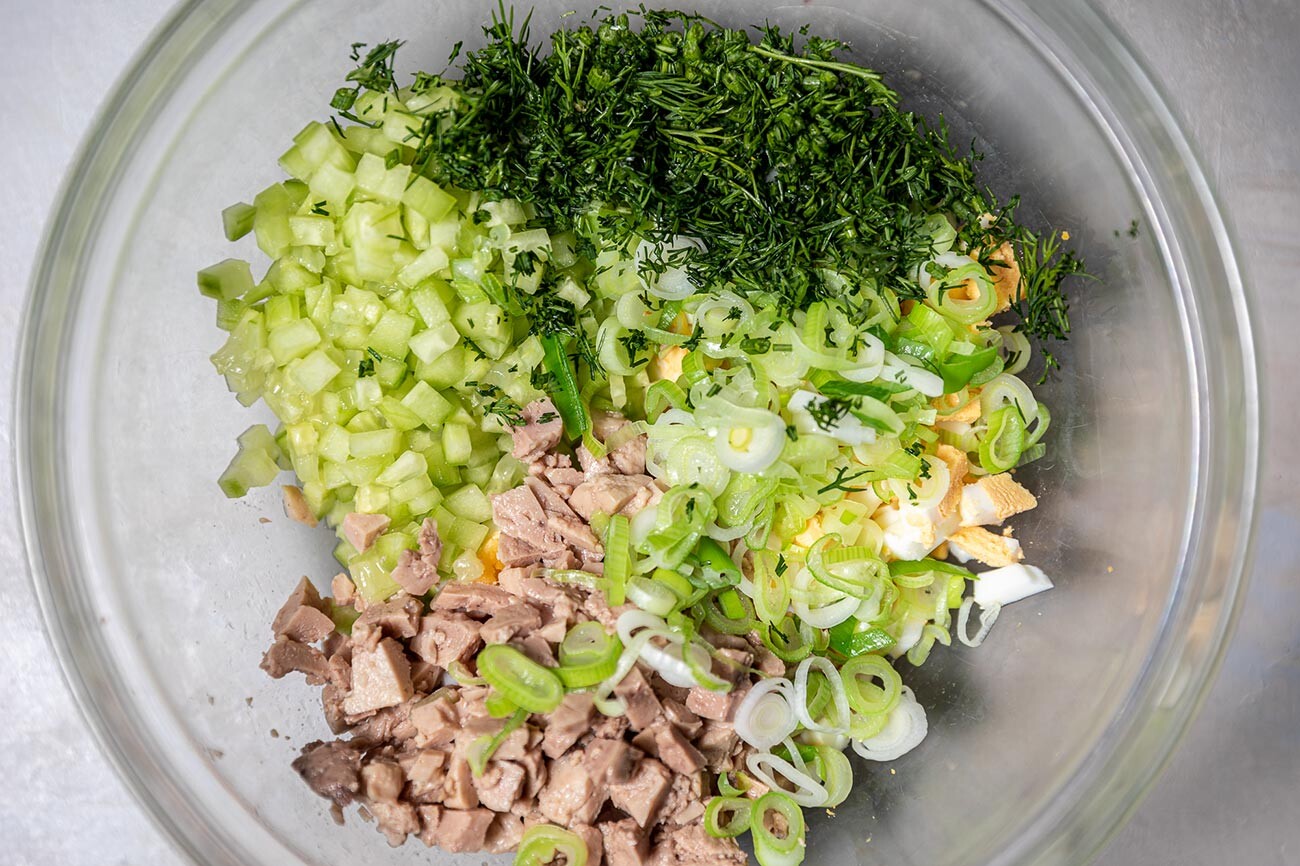 6. Stir everything thoroughly. Taste the salad before salting, because the cod liver is already salty. Add a few drops of lemon and lemon zest if desired. Pepper and seeds to taste. 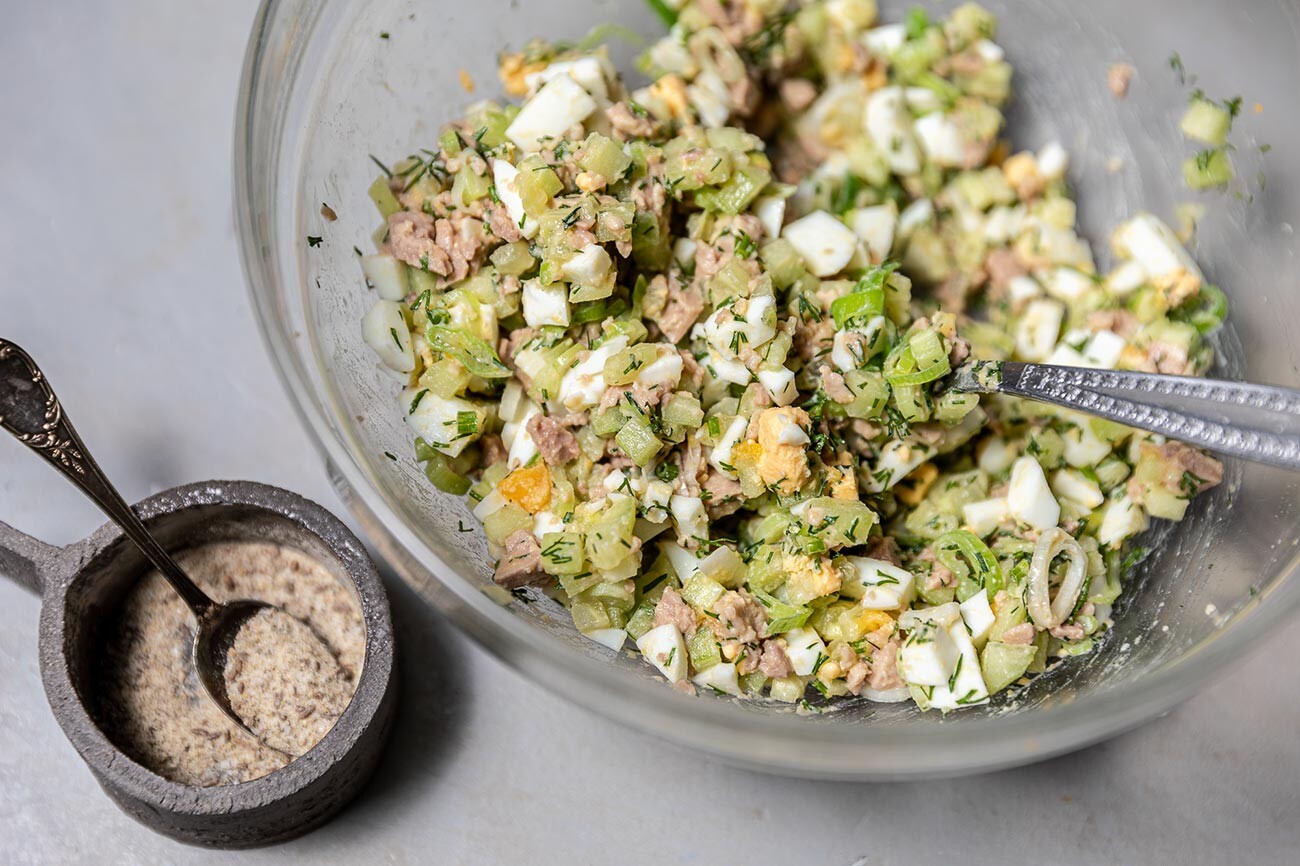 7. Place the salad in a bowl or on serving croutons or lettuce leaves. Enjoy it  immediately! 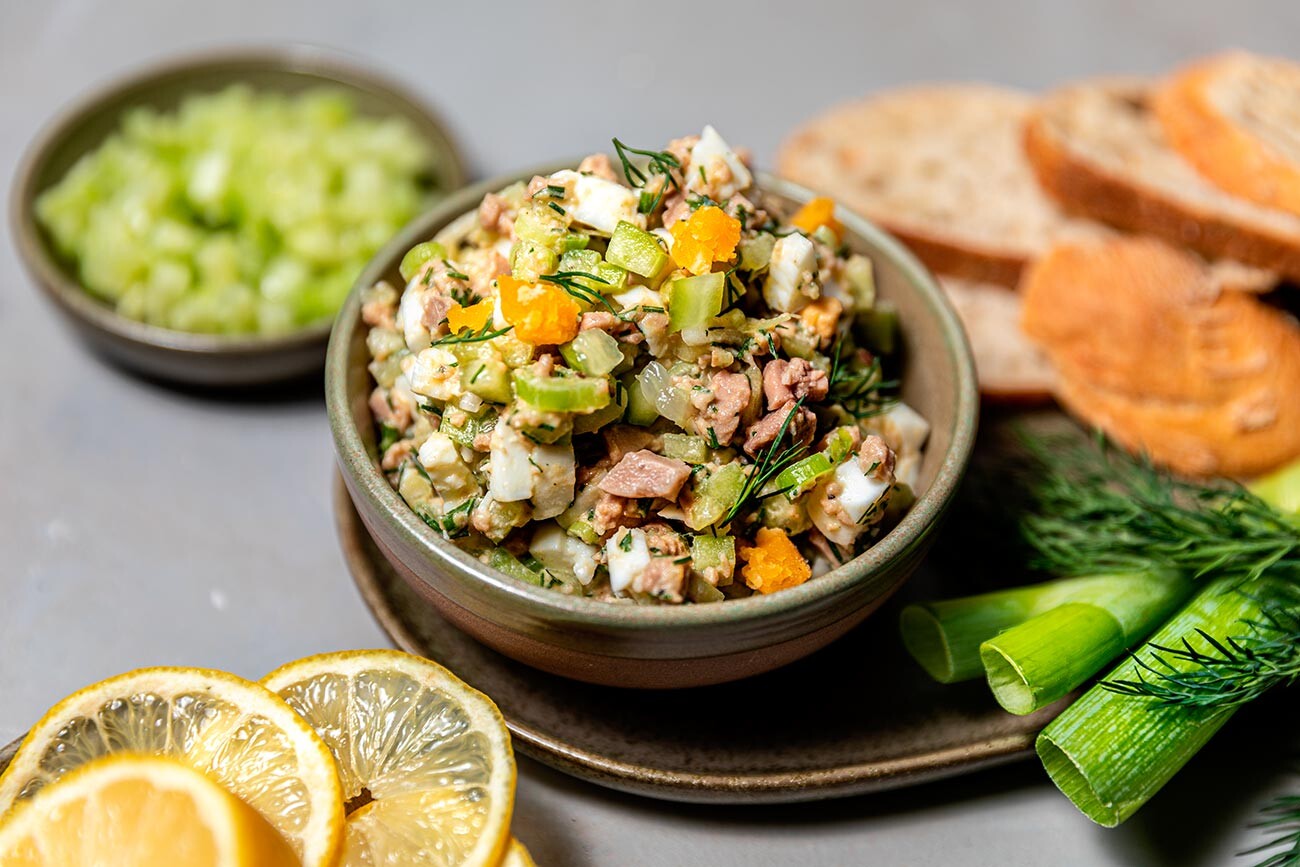 READ MORE: How to cook borsch in a loaf of Borodinsky bread (RECIPE)