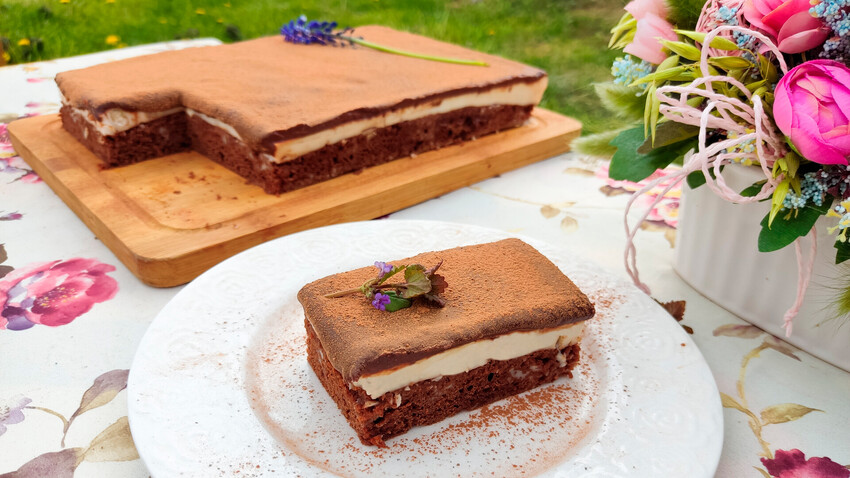 Olga Brovkina
It’s no coincidence that Volga is not only the name of a river, but also the best-known dessert in the city of Saratov.

Russians love sweet treats, and in each major city you can find a cake or pastry that’s native only to that certain region. For example, in the city of Saratov, located on the right bank of the Volga River, a box of "Volga" cakes is often enjoyed at tea gatherings.

These cakes are made according to a genuine Saratov recipe. In fact, it’s a combination of a thin biscuit and a thick layer of cream soufflé covered with chocolate glaze, and which resembles the widely appreciated bird’s milk cake.

Volga cakes can be found on sale at Prachkin’s Confectionery on Prospekt Kirova, the main pedestrian street in Saratov. The cake was created by Saratov confectioner Alexander Prachkin in the middle of the last century. He was the son of a woman from a wealthy German family who ran away with her beloved, the bargeman Alexei Prachkin, to the border with Kazakhstan. The product of their love, Alexander Prachkin, came up with the famous Saratov cake brand; he was the 18th child in his family.

Anyway, in the 1950s, after service in the army, Alexander came to Saratov and got a job working as a loader in the Moscow Restaurant. One day, he drew a sketch of a cake that his boss liked, and that’s how his pastry career began. Later, he became the restaurant’s leading confectioner, and then headed the confectionery shop of the Volga Restaurant.

Up to this very day, already for many decades, local residents and tourists have been buying Volga cakes from this confectionery shop. There, cakes and pastries are still packed in grayish cardboard boxes tied with twine.

However, it’s not difficult to bake Volga cakes at home since the recipe is quite simple, and the taste will be just as good as what you’ll find in expensive restaurants. The cakes should turn out to be very soft and delicate; the main thing is to follow the recipe exactly. It will take you no more than one or two hours. So, let's get started. 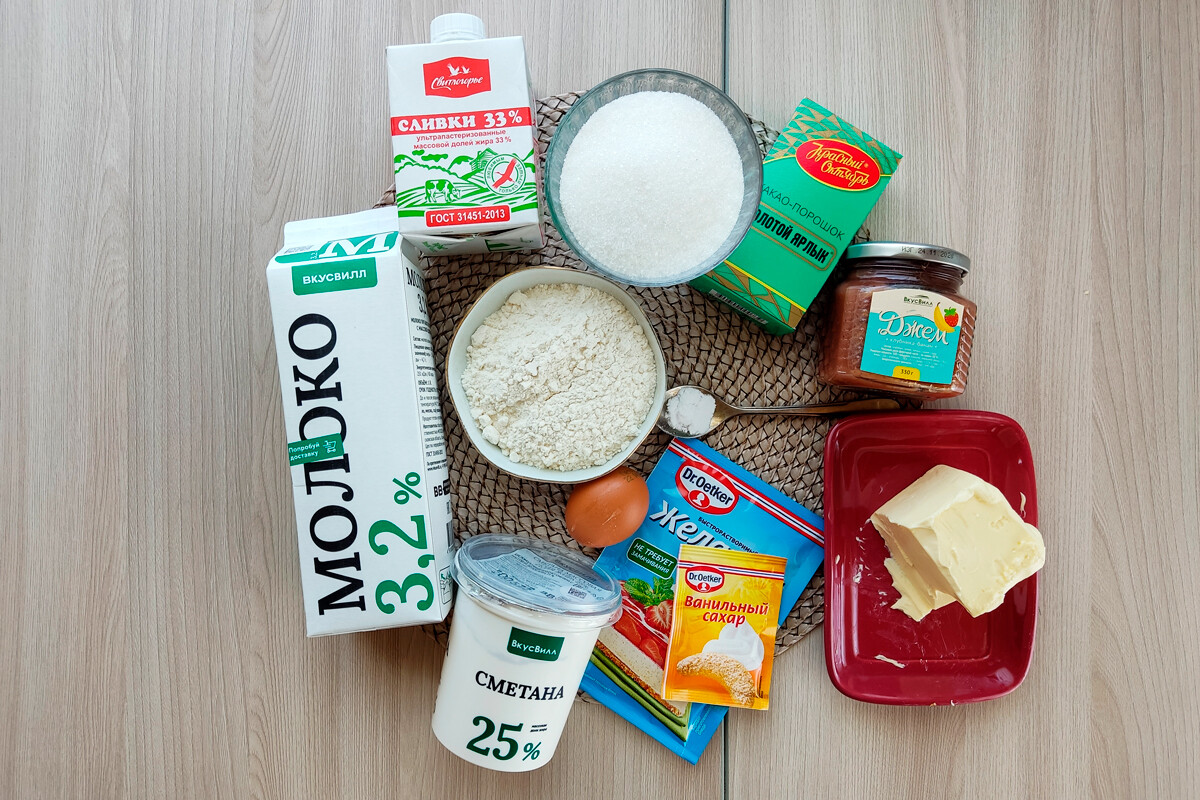 1. To prepare the dough, mix the egg, sour cream and half a cup of sugar in a bowl. Douse the baking soda with lemon juice; add to the dough and mix well until smooth. 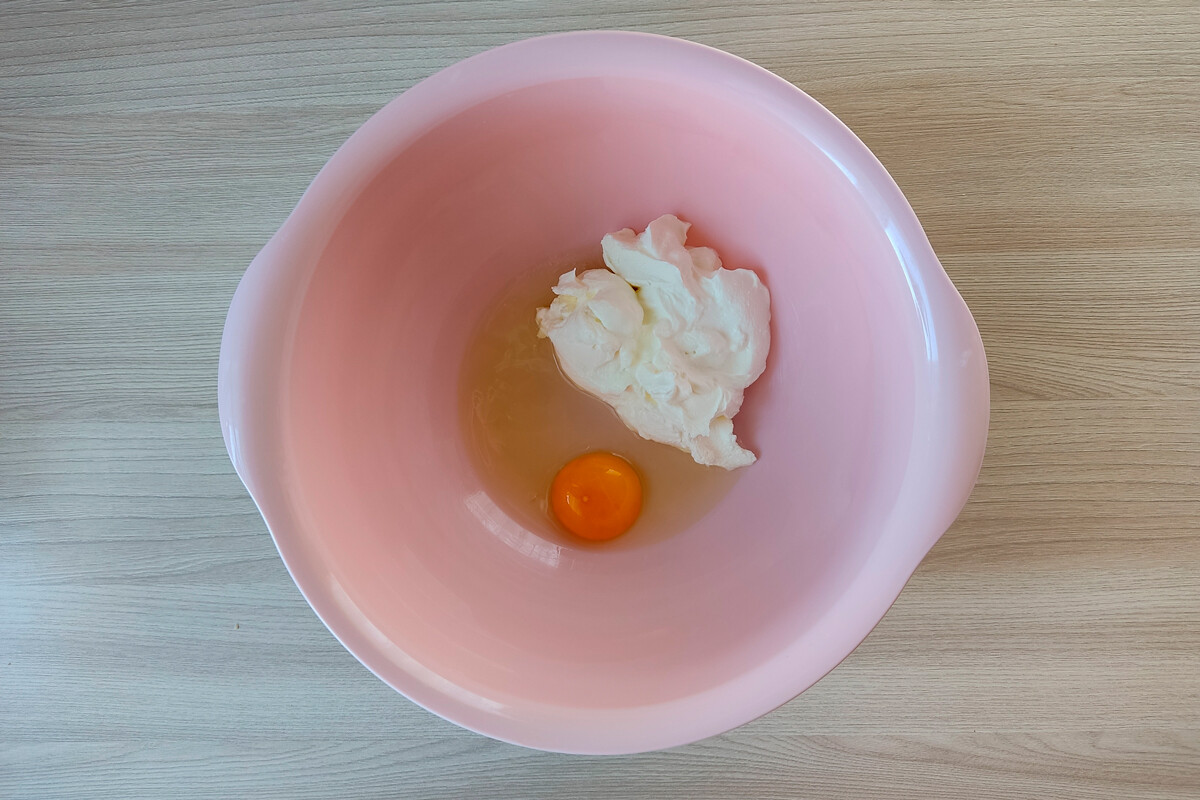 2. Sift the cocoa and flour and add to a bowl, using a mixer to turn it into a homogeneous mass. 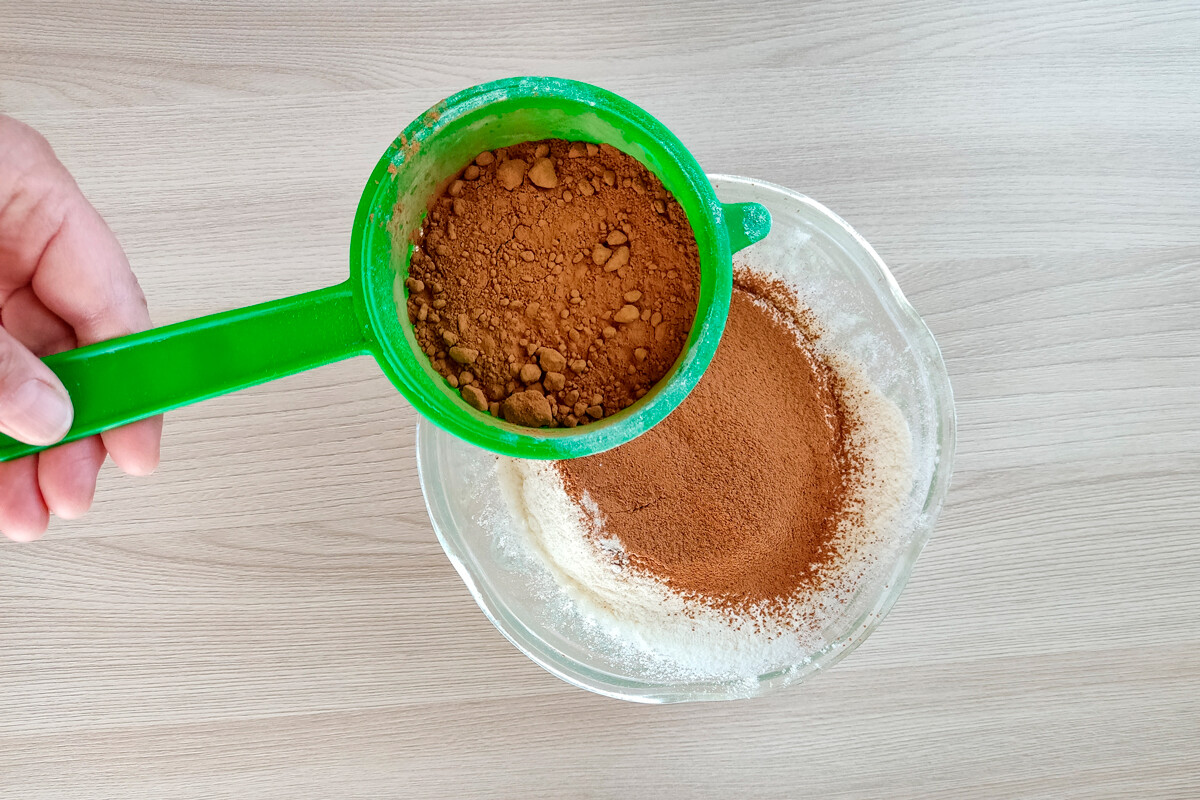 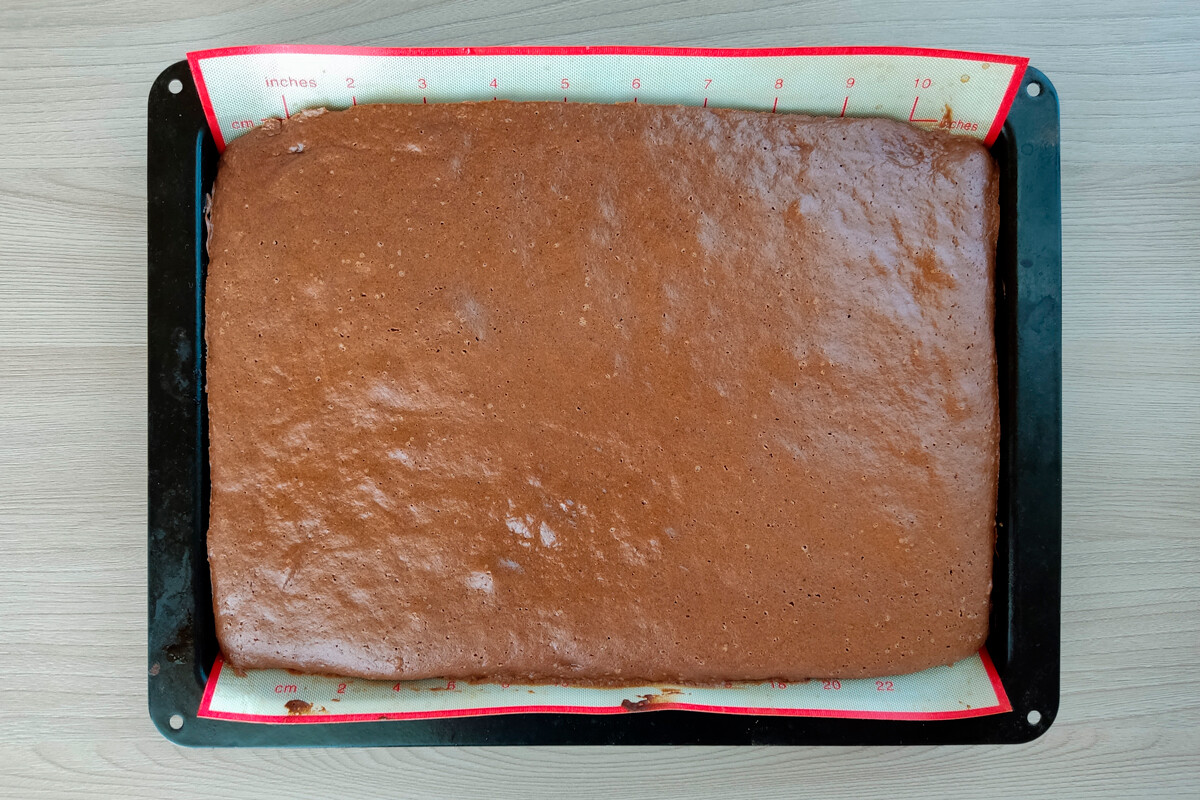 4. Cool the baked cake and pierce it directly with a fork over the entire surface. 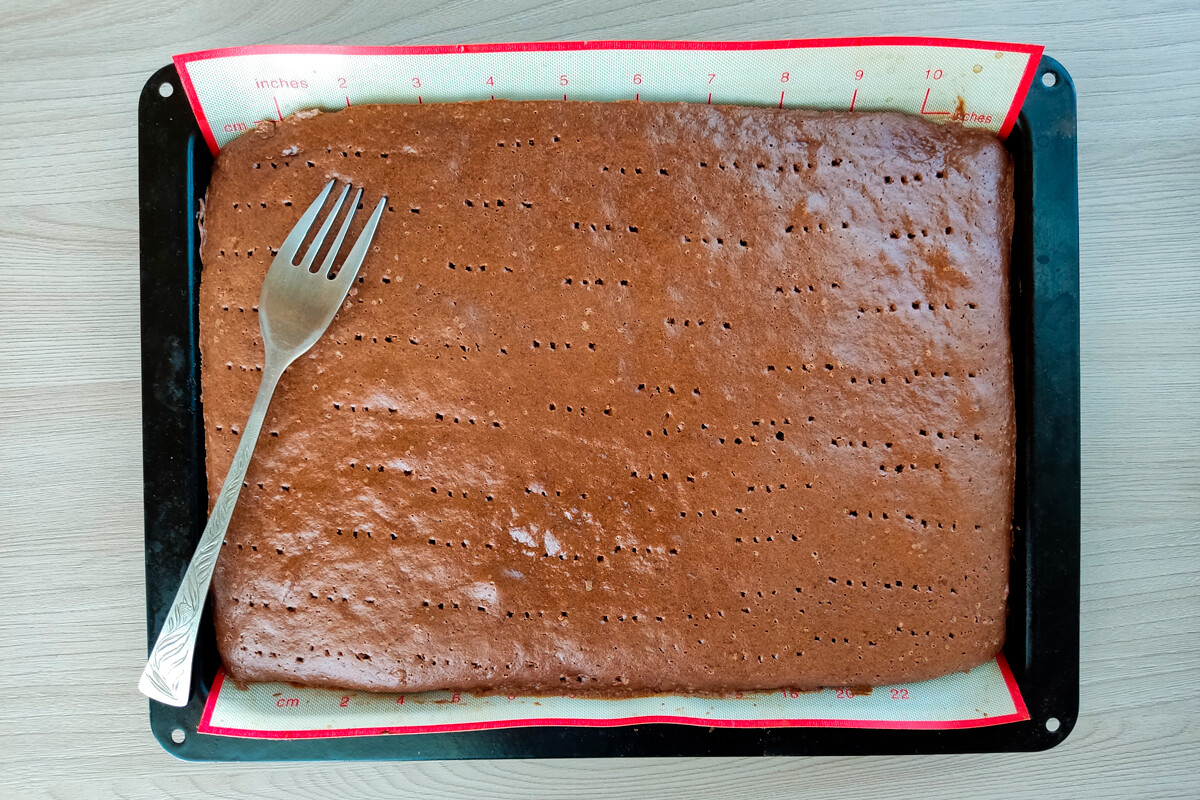 5. Mix gelatin with milk and leave the mass for 10 minutes to dissolve the gelatin. Add the remaining half cup of sugar and stir. 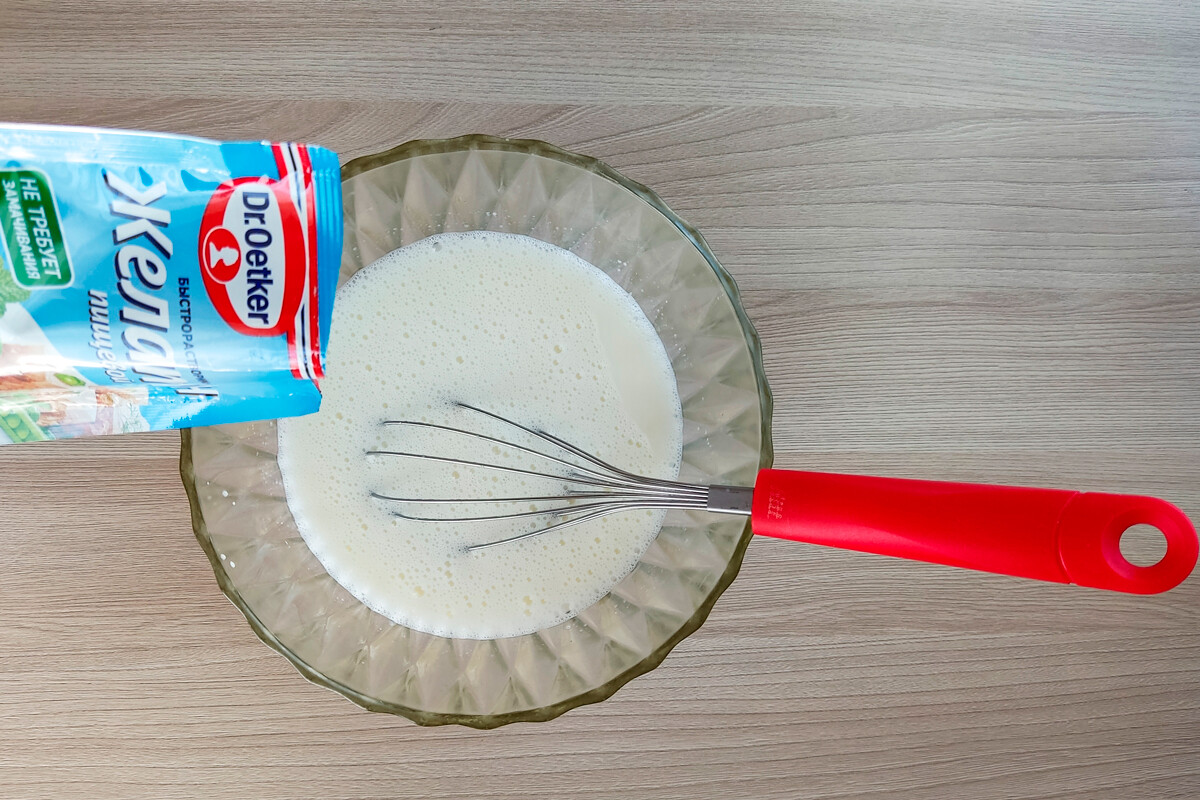 6. Add chopped nuts (I used almonds), put the bowl in a water bath and wait until complete dissolution of sugar and gelatin. 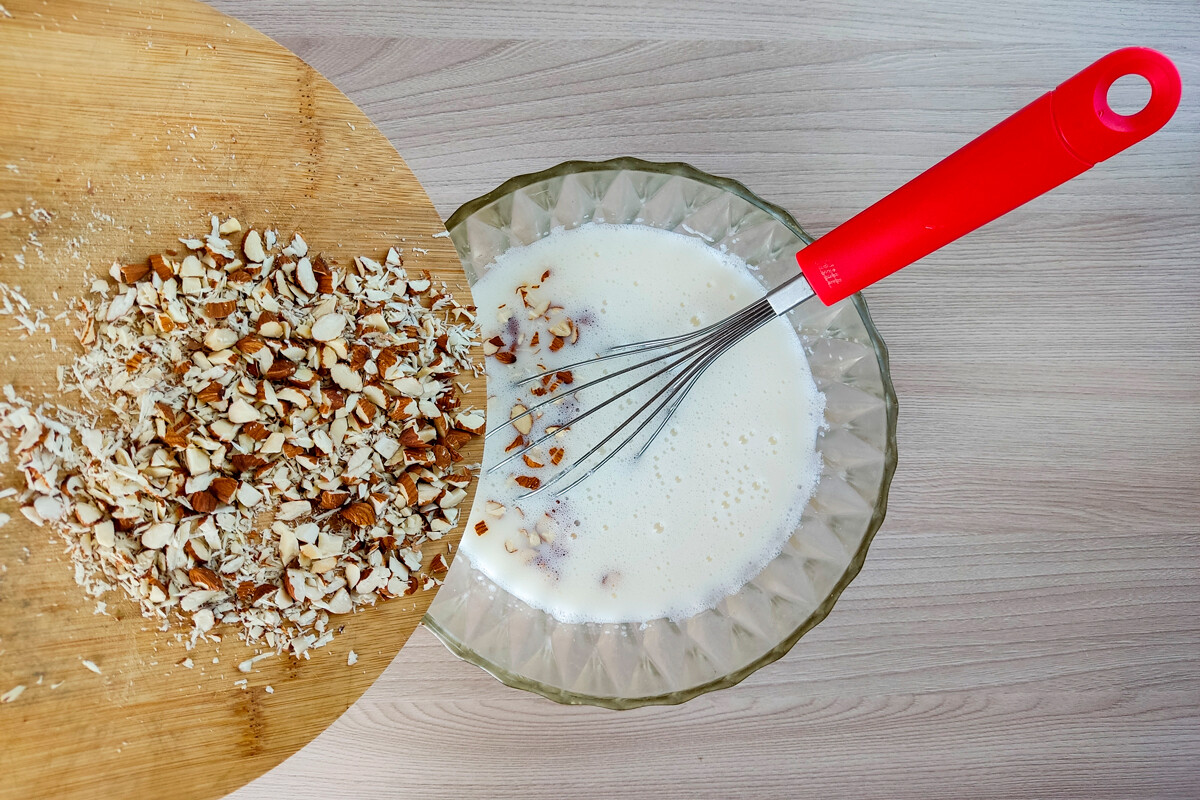 7. Remove the filling from the stove and cool. 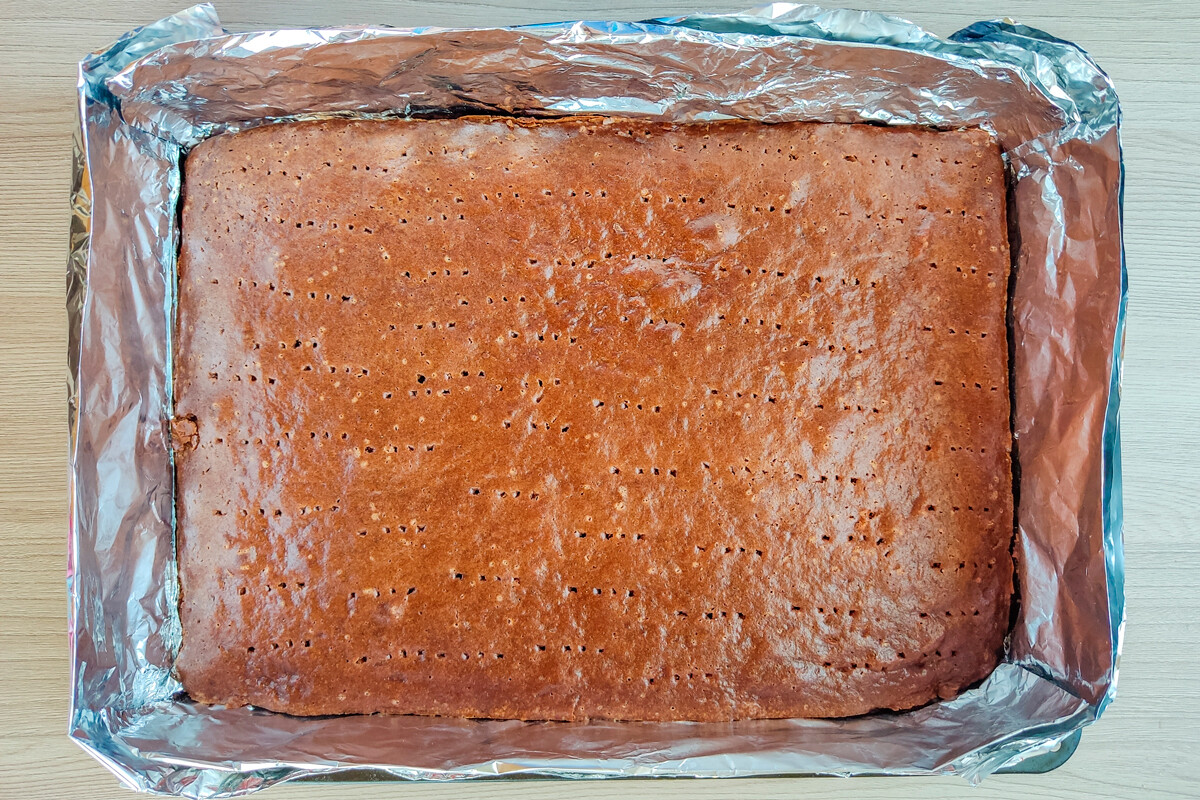 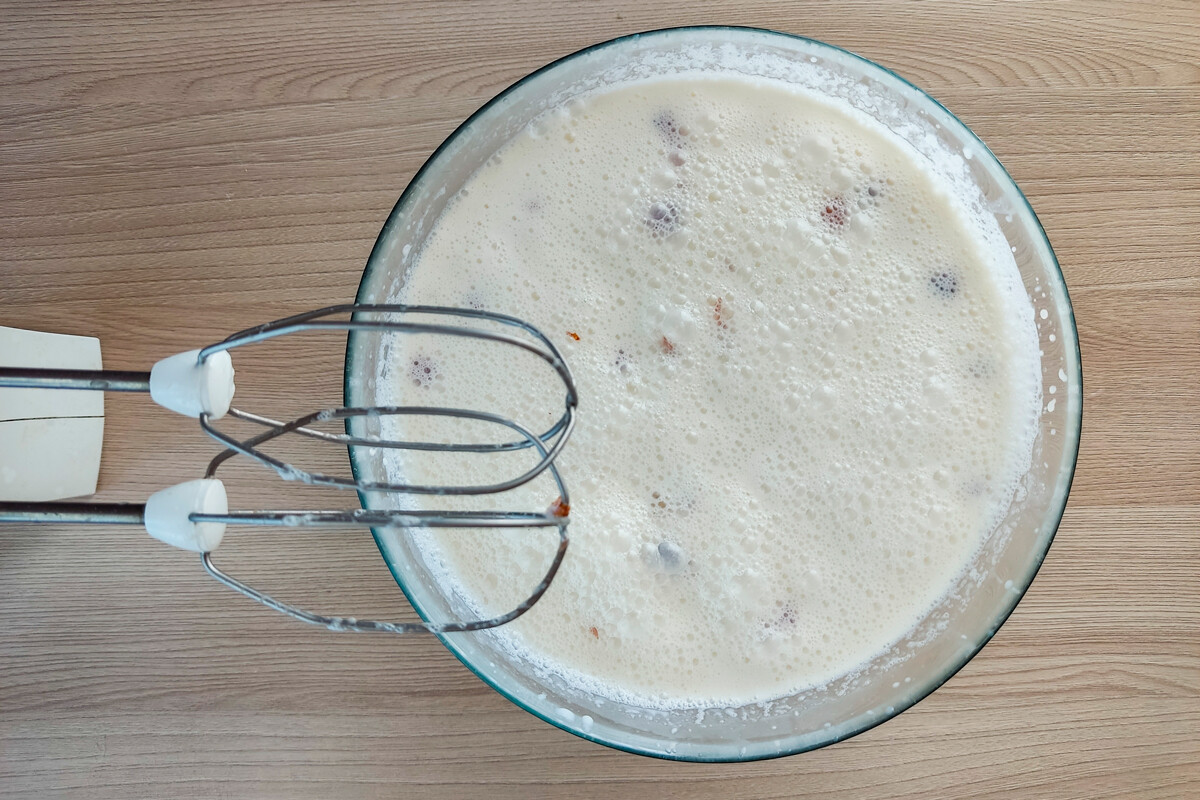 9. Put the filling on the baked cake. Put your masterpiece in the refrigerator for 10 hours. 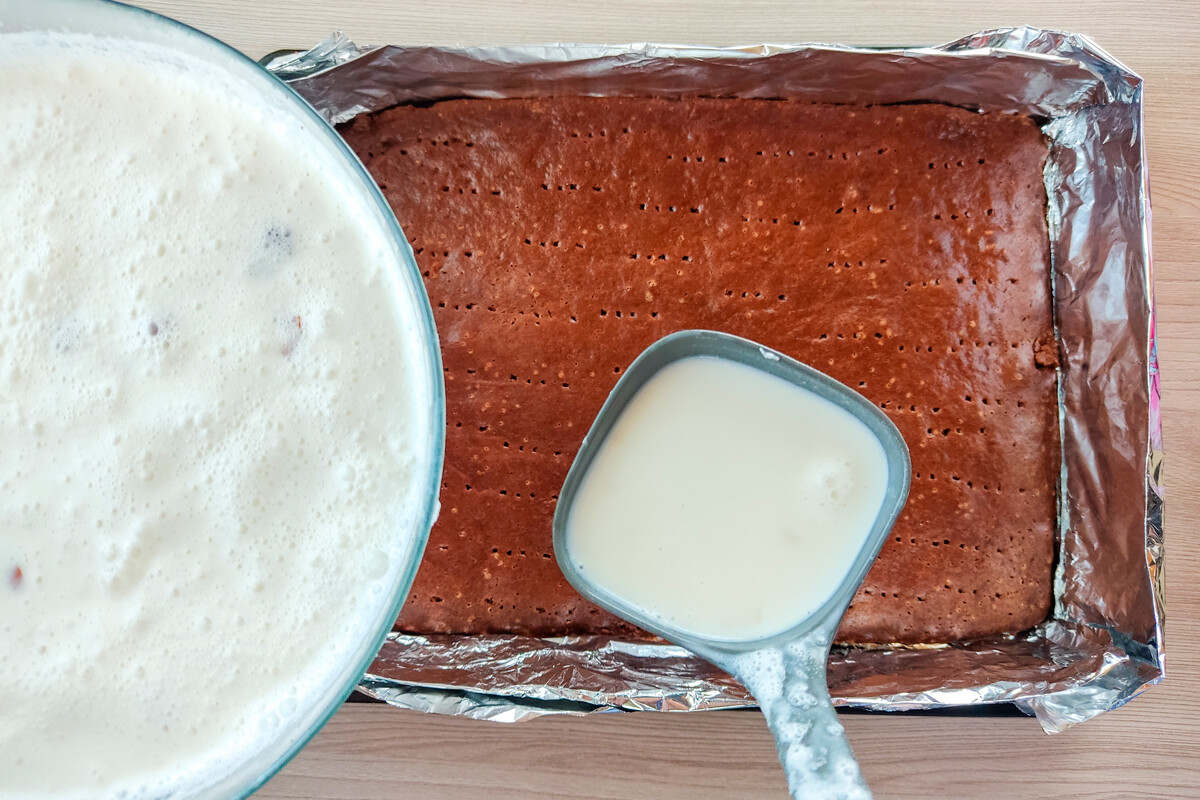 10. Prepare the chocolate glaze. Pour 170 ml of milk into a small saucepan (preferably thick-walled) and bring it to a boil. 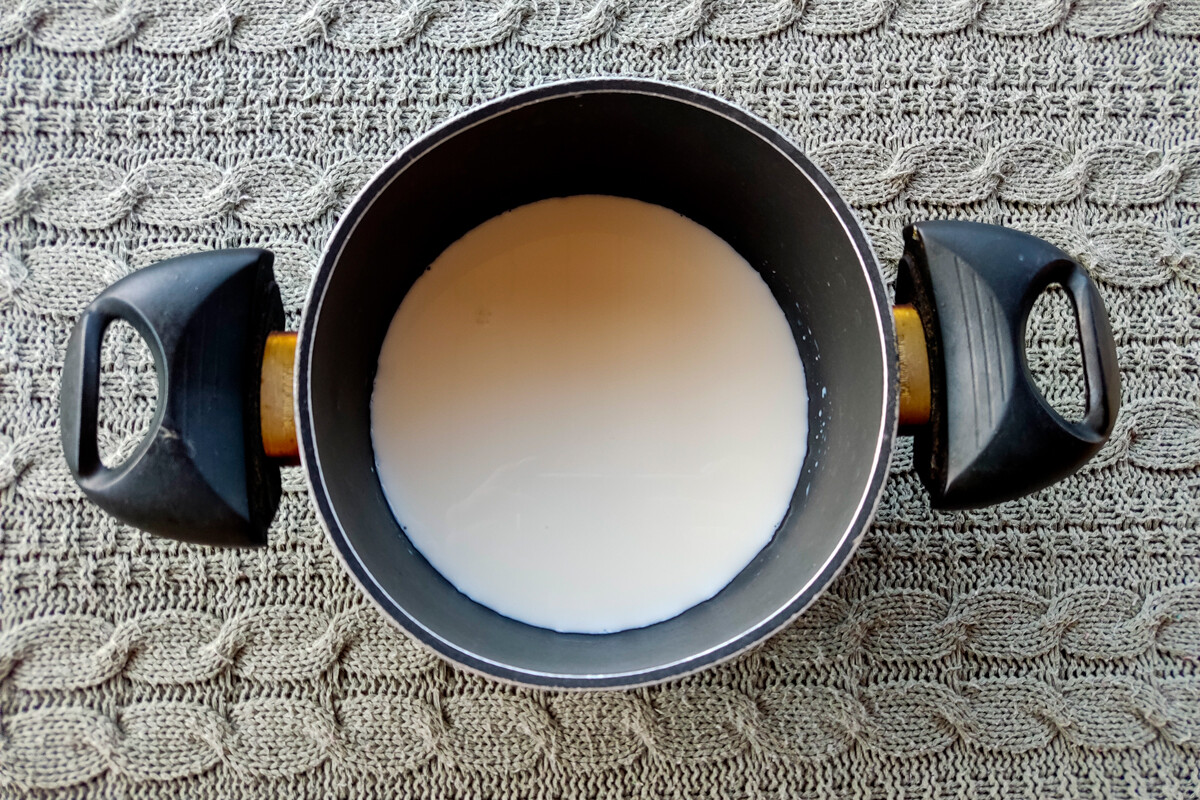 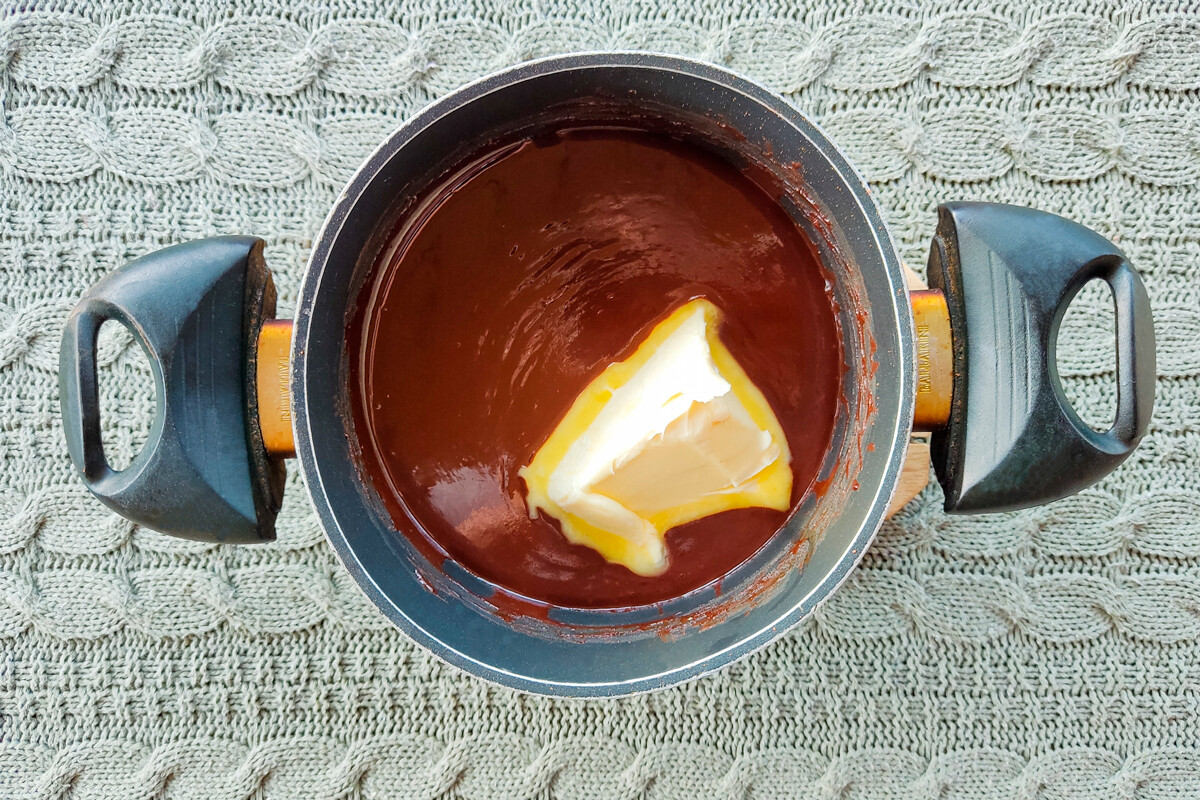 12. While constantly stirring, cook the chocolate icing until the sugar grains are completely dissolved. This will take no more than 3-4 minutes. Then remove the icing from the heat and add the butter. 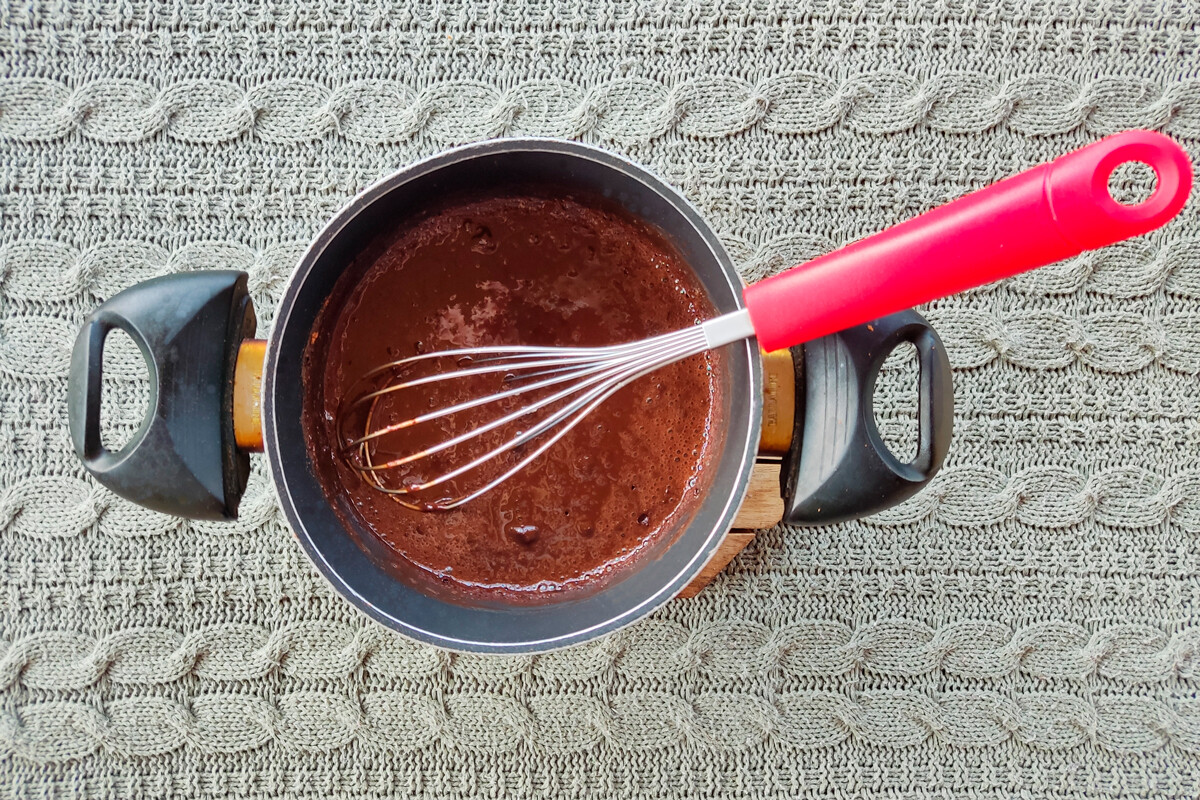 13. Stir everything until the butter is completely dissolved. In fact, the chocolate glaze from cocoa and milk is ready. Let it cool to room temperature, allowing it to thicken. You can cover the cake with glaze.

14. The last step is to sprinkle the cake with cocoa powder and cut it into small pieces; decorate it to your preference and serve it to your guests or on your holiday table. Enjoy! 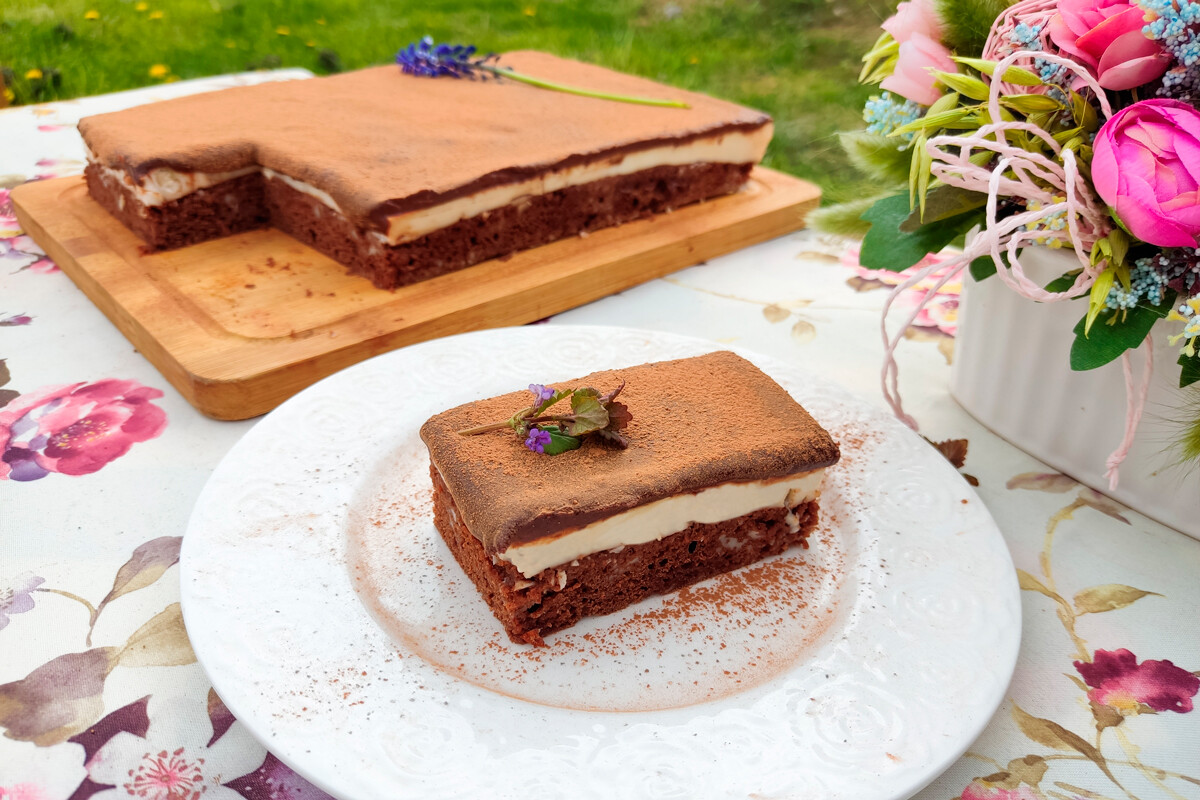