What Russian porridge is suitable both for athletes and fasters? (RECIPE) 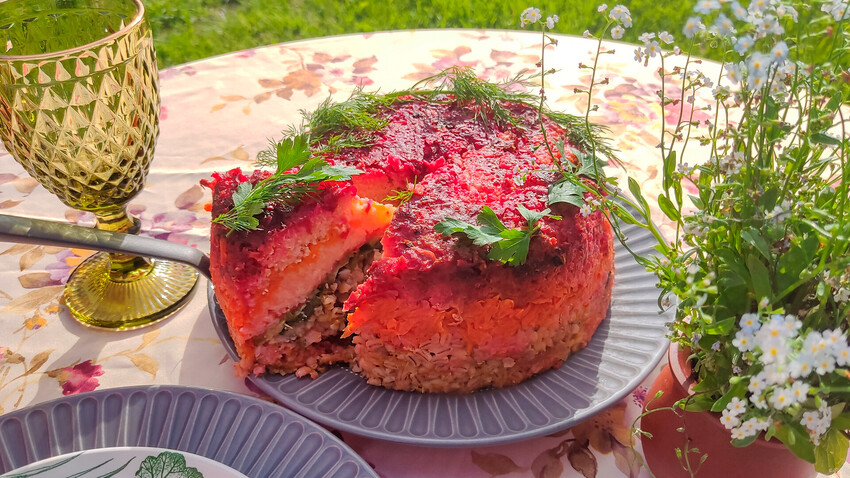 This porridge is an unusual mixture of five grains and vegetables. And it looks like a cake!

Olga Brovkina
This porridge has the ultimate Russian name – "Dubinushka", which symbolizes firmness, strength and stamina.

Speaking about the etymology of the word “dubinushka”, it’s worth noting that the origins are native Russian. In the olden days the nickname of “Dubina” was given to a strong and hearty man. So, for example, in the Smolensk Region, the strong and mighty bogatyr, (epic character and hero of Russian folk legends, and defender of Rus’ from its enemies), was most often called “dubinushka”. Since the end of the 19th century, songs with the words "Hey, dubinushka, ukhnyem" (which translates as "let's press on") began to be sung by loggers and barge haulers, as well as during any other hard, physical labor.

The author of the recipe for "Dubinushka" porridge is the famous cook Vladimir Mikhailov. At the 2004 Athens Olympics, Vladimir worked as a cook at the rehabilitation center of the Russian national team. He’s convinced that anyone who wants to have a proper and healthy diet must include five types of cereals: pearl barley, buckwheat, millet, rice and something like beans or peas.

In addition, according to Vladimir, raw vegetables should be in one’s diet every day: beets, carrots, onions, cabbage, and — vegetable oil. This concept served as the basis of "Dubinushka" porridge and that’s how it first appeared.

Modern nutritional science has confirmed that porridge from a mixture of grains is healthier than if made with just one kind of grain, because each grain has its own chemical composition. The more grains used in the mixture, the higher the nutritional value of the porridge. The recipe for "Dubinushka" is based on this principle.

In addition to all the above-mentioned advantages, porridge may be of interest to those who adhere to fasting, which in Orthodoxy is about half of the year. 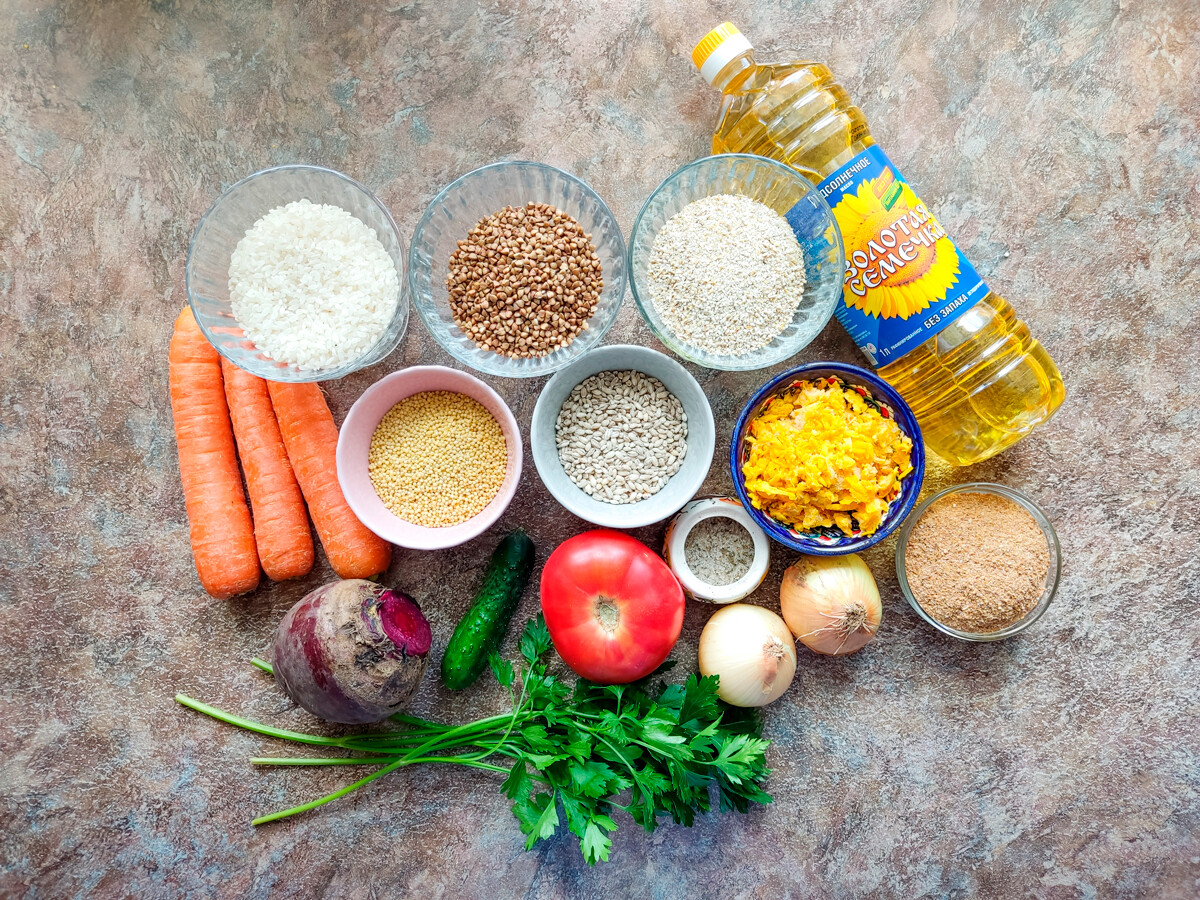 1. Take a saucepan with a thick bottom, without plastic handles, and high enough. Generously grease the bottom with oil and sprinkle with breadcrumbs. 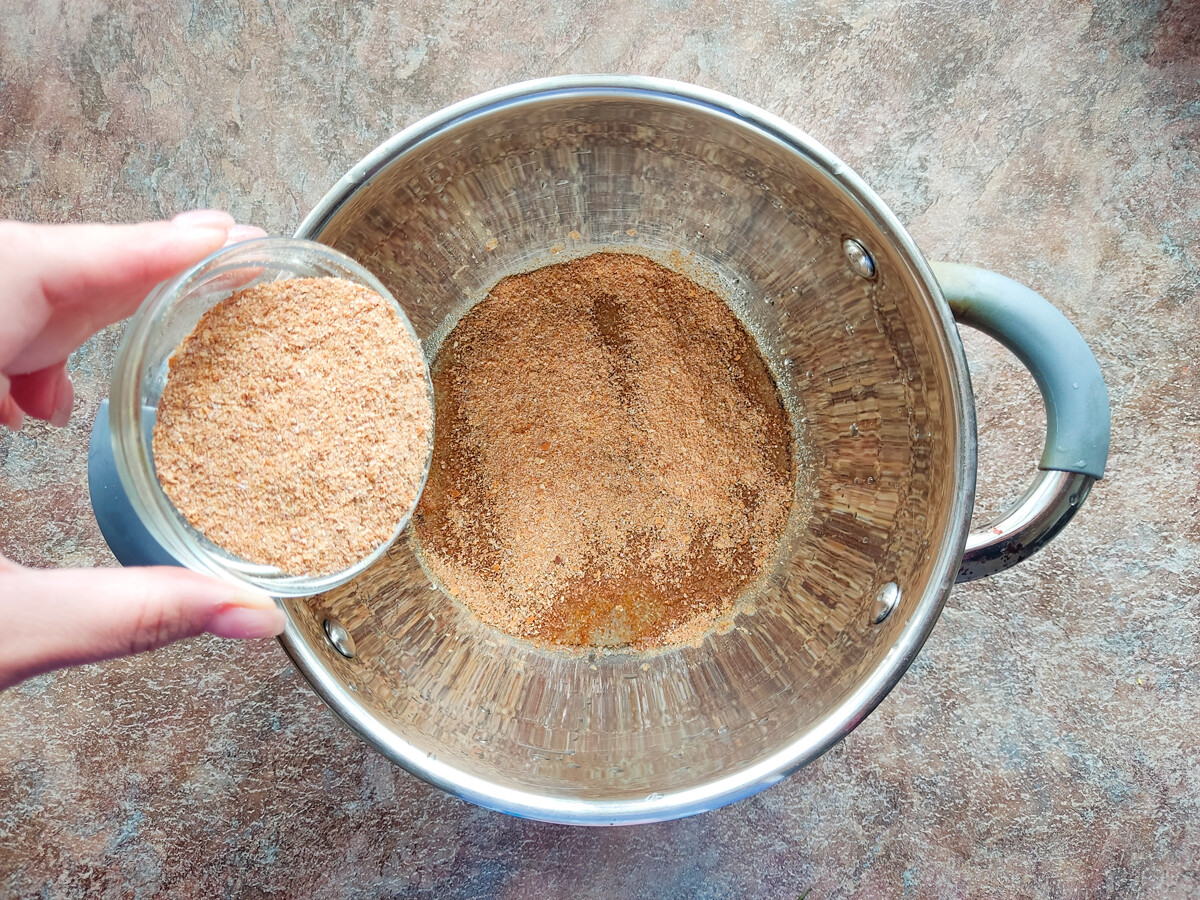 2. Peel the beets and grate on a grater; then put it in a saucepan. This will be the first layer. 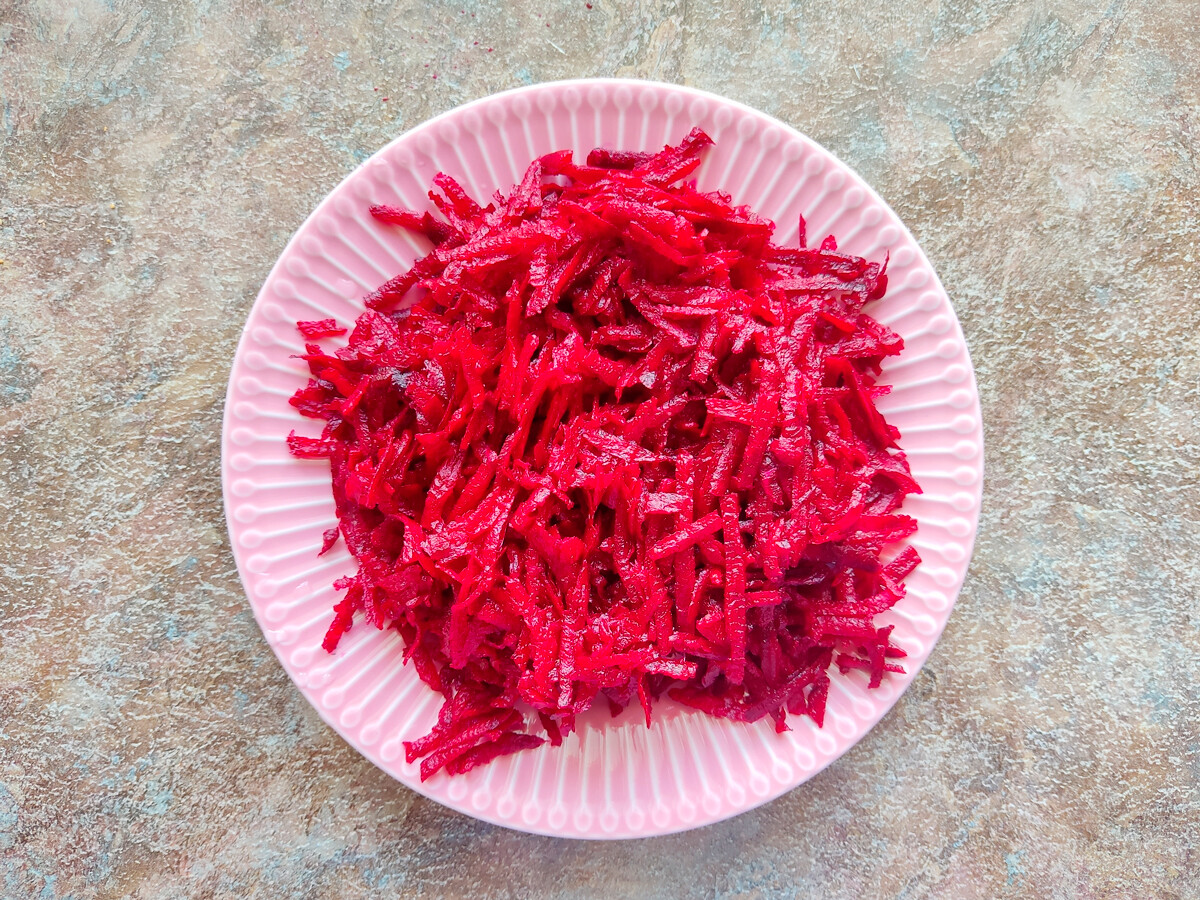 3. Wash millet until the water is of a light transparent color. Then put it on top of the beetroot. This is the second layer. 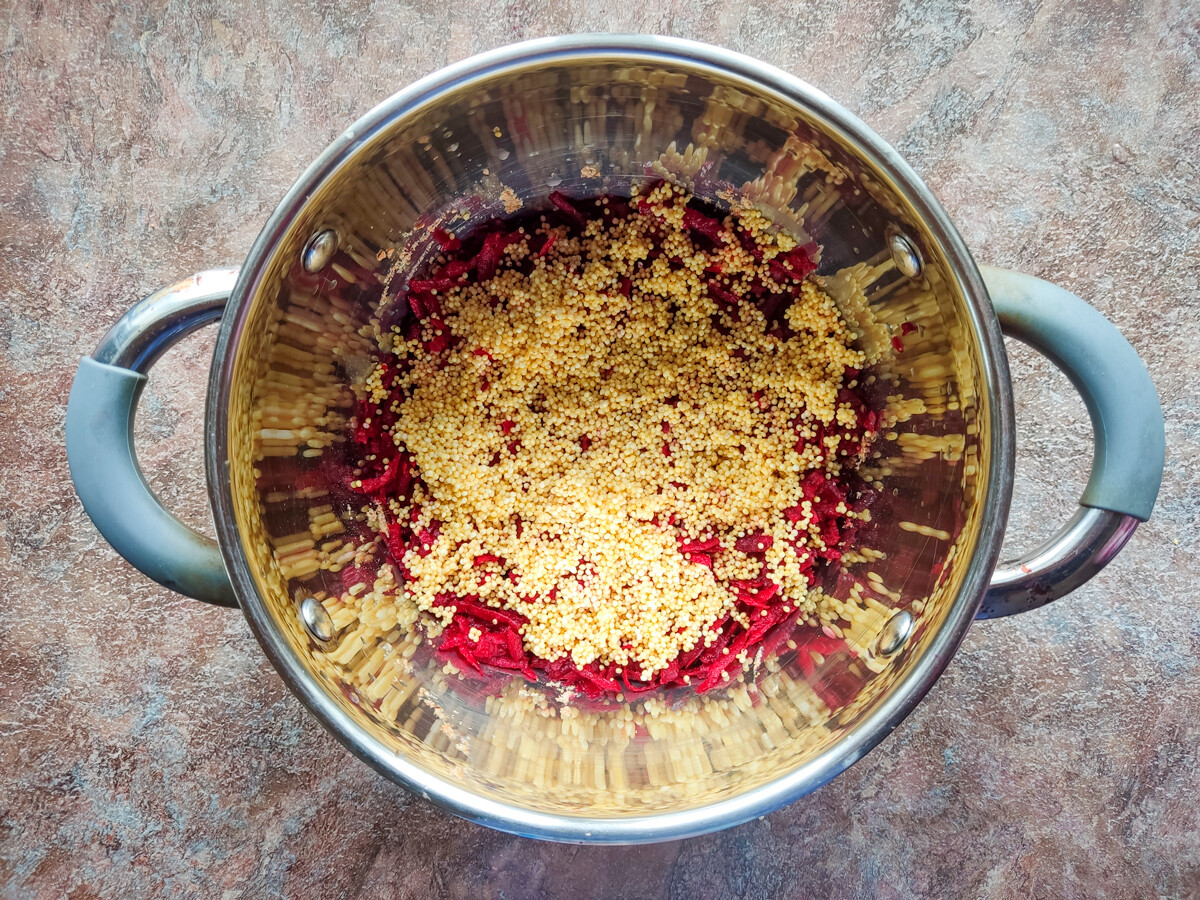 4. Peel the carrots, grate on a grater and place on top of the millet. This is the third layer. 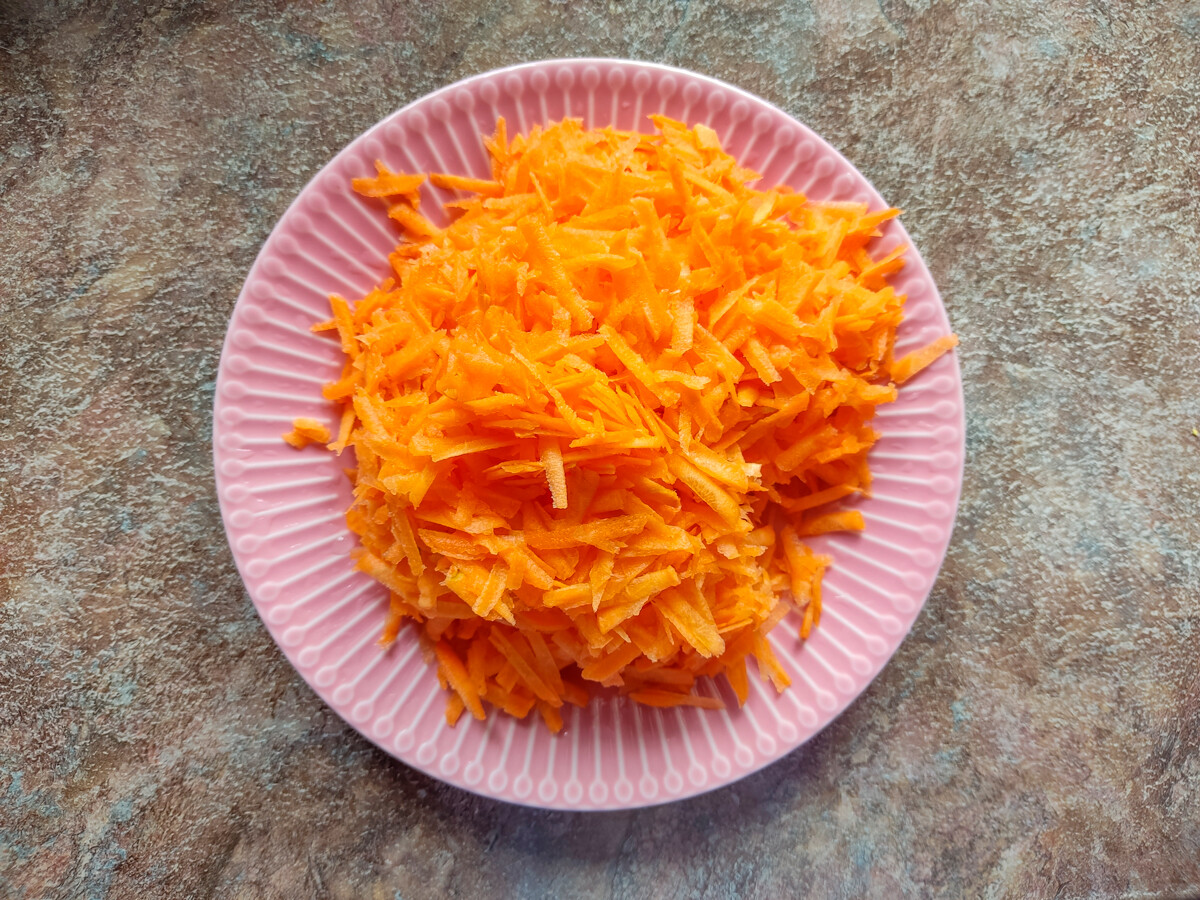 5. Wash the rice well and put it on top of the carrots. This is the fourth layer. 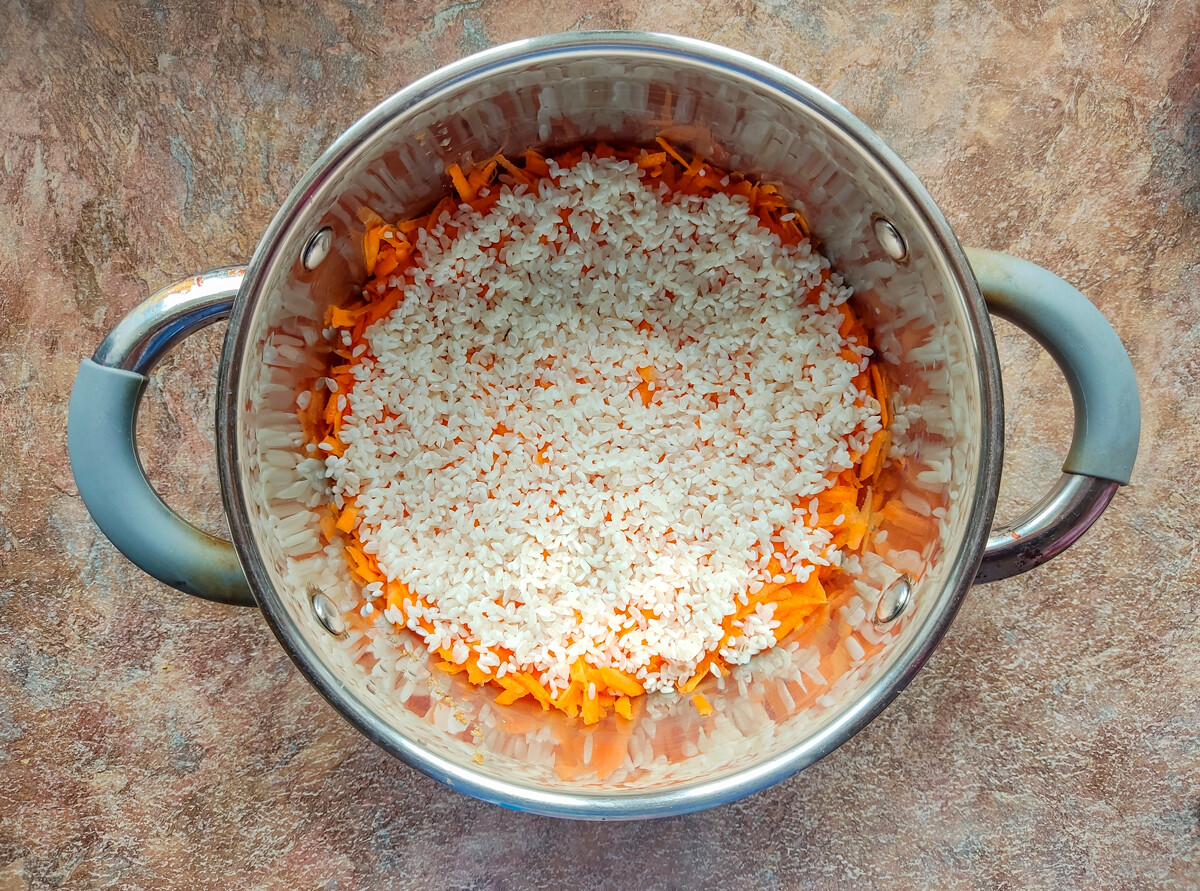 6. Cut tomatoes into circles or cubes, and place on the rice. 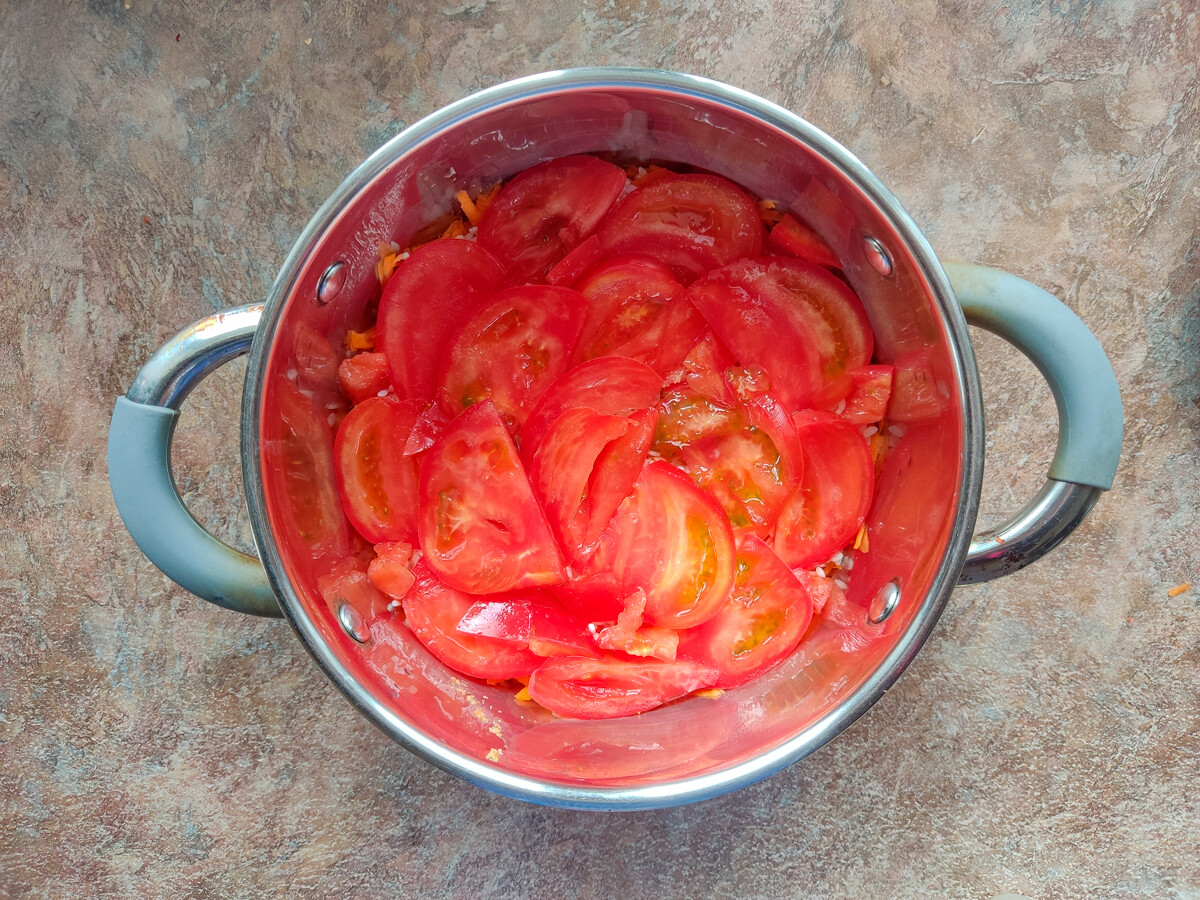 7. Cut the cucumber into circles or cubes and place it on the tomatoes. Sprinkle it with parsley. This is the fifth layer. 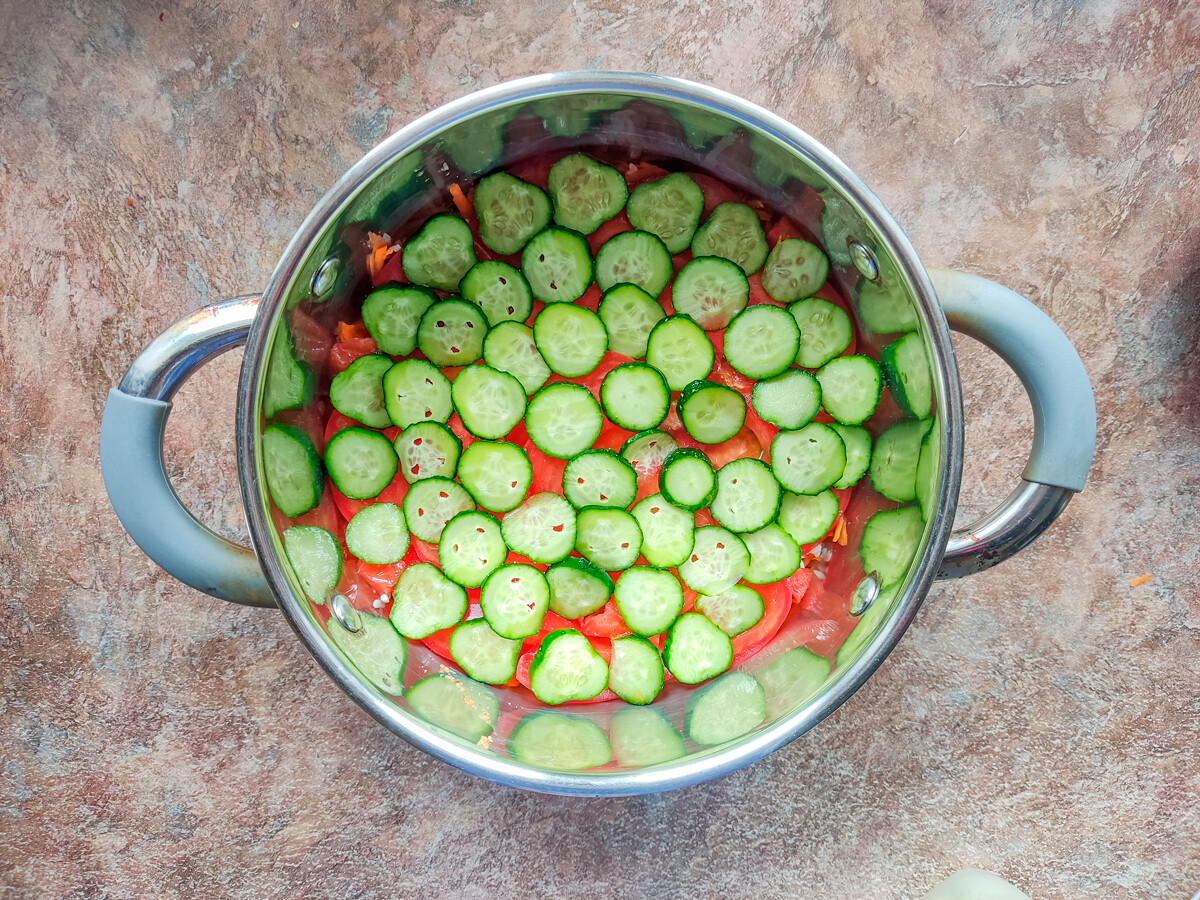 8. Wash the buckwheat and place it on top. This is the sixth layer. 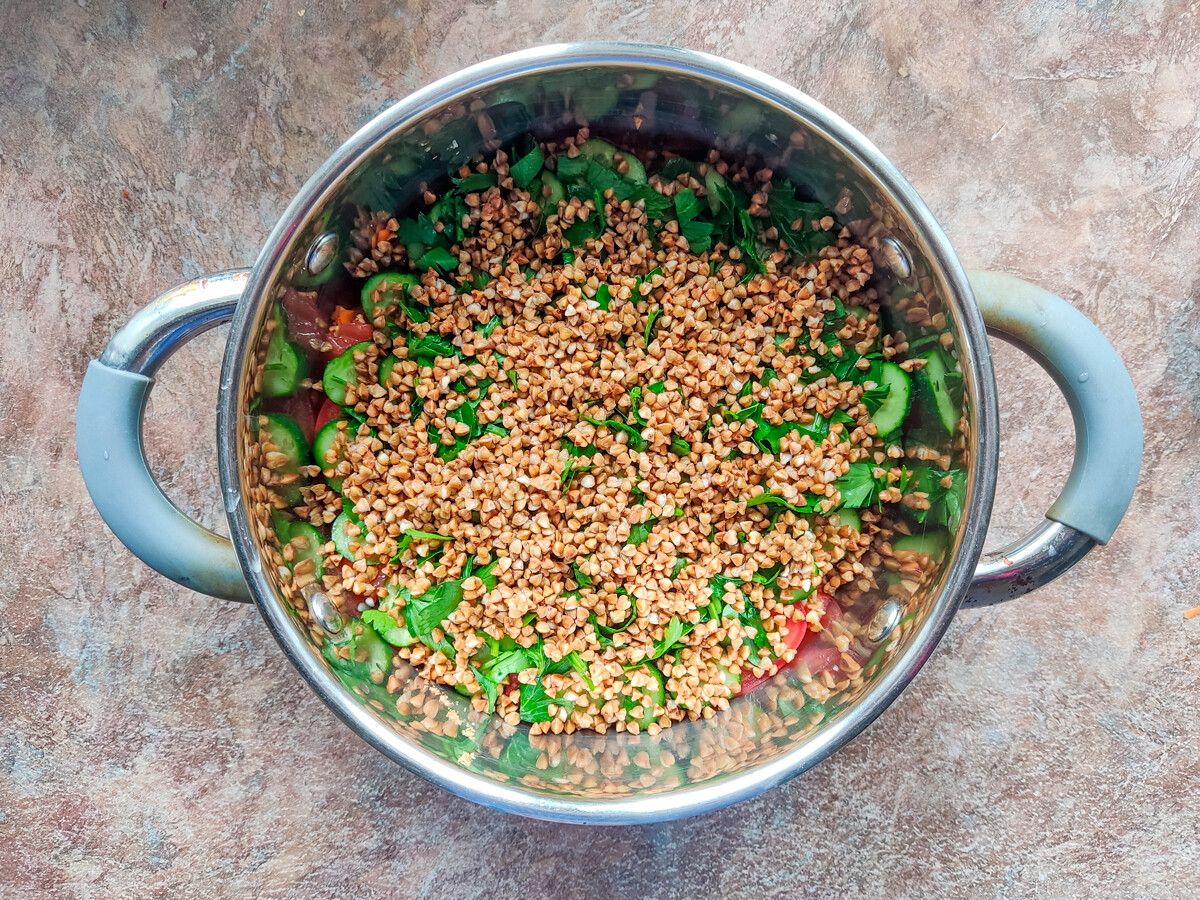 9. Peel the onion, cut it into half rings and place it on buckwheat. This is the seventh layer. 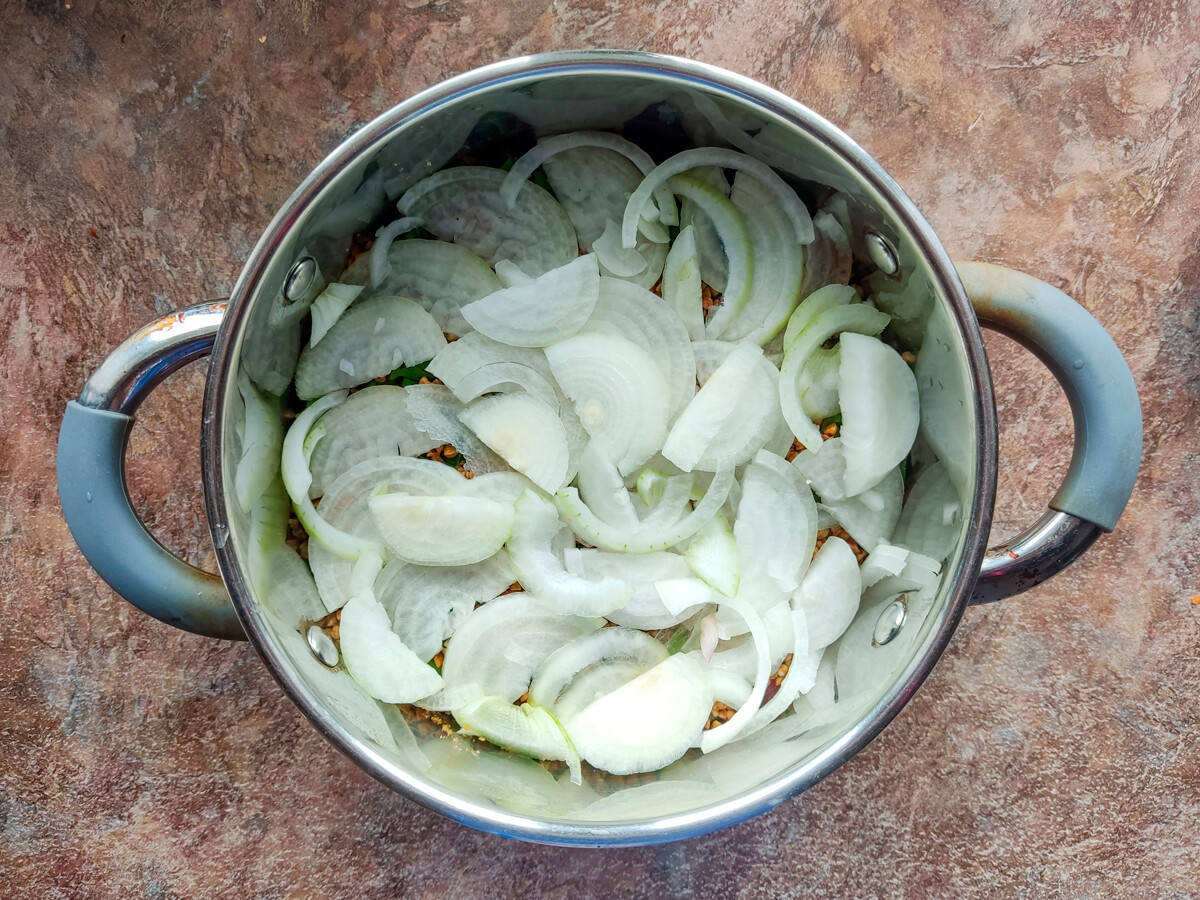 10. Wash the barley groats and put it on onion slices. Sprinkle the washed pearl barley on top. This is the eighth layer. 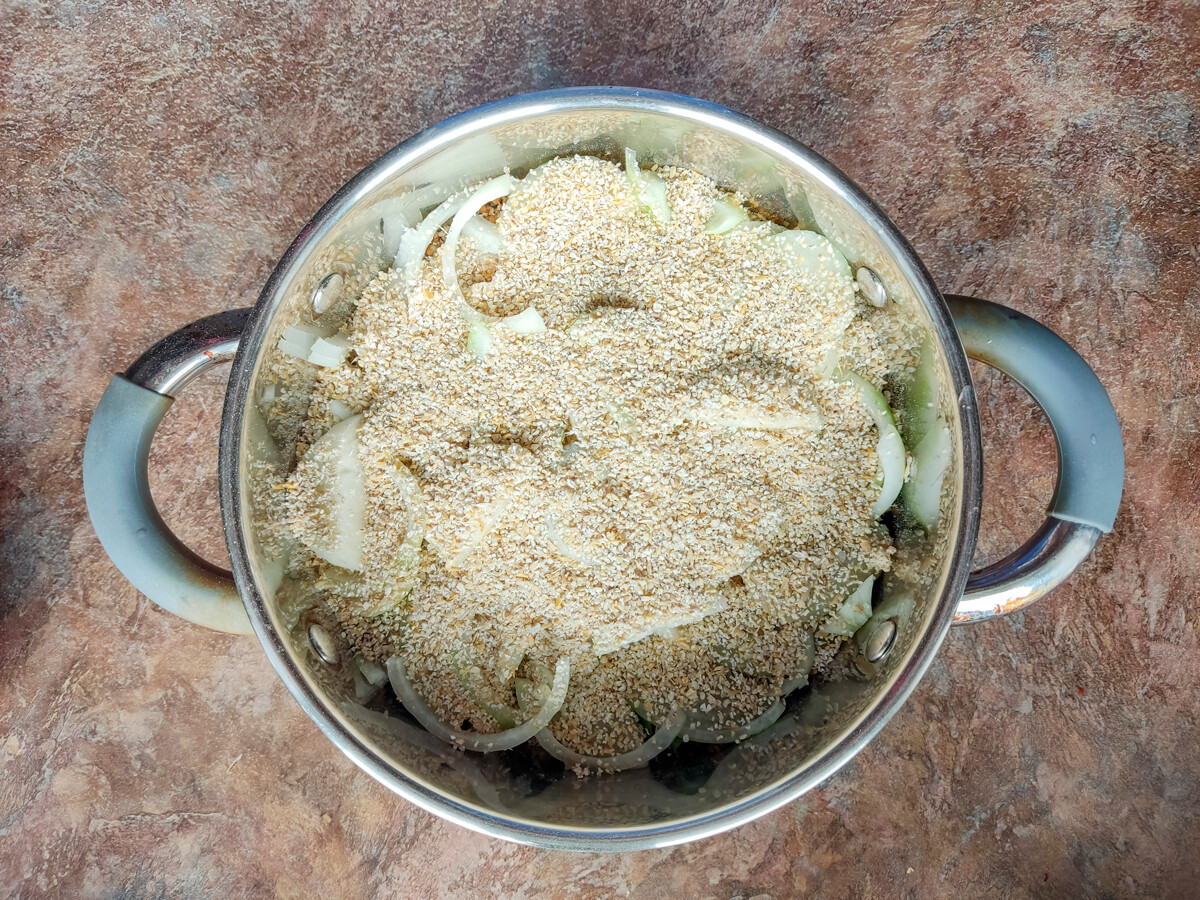 11. After that, put grated pumpkin on top of pearl barley. This is the ninth layer. 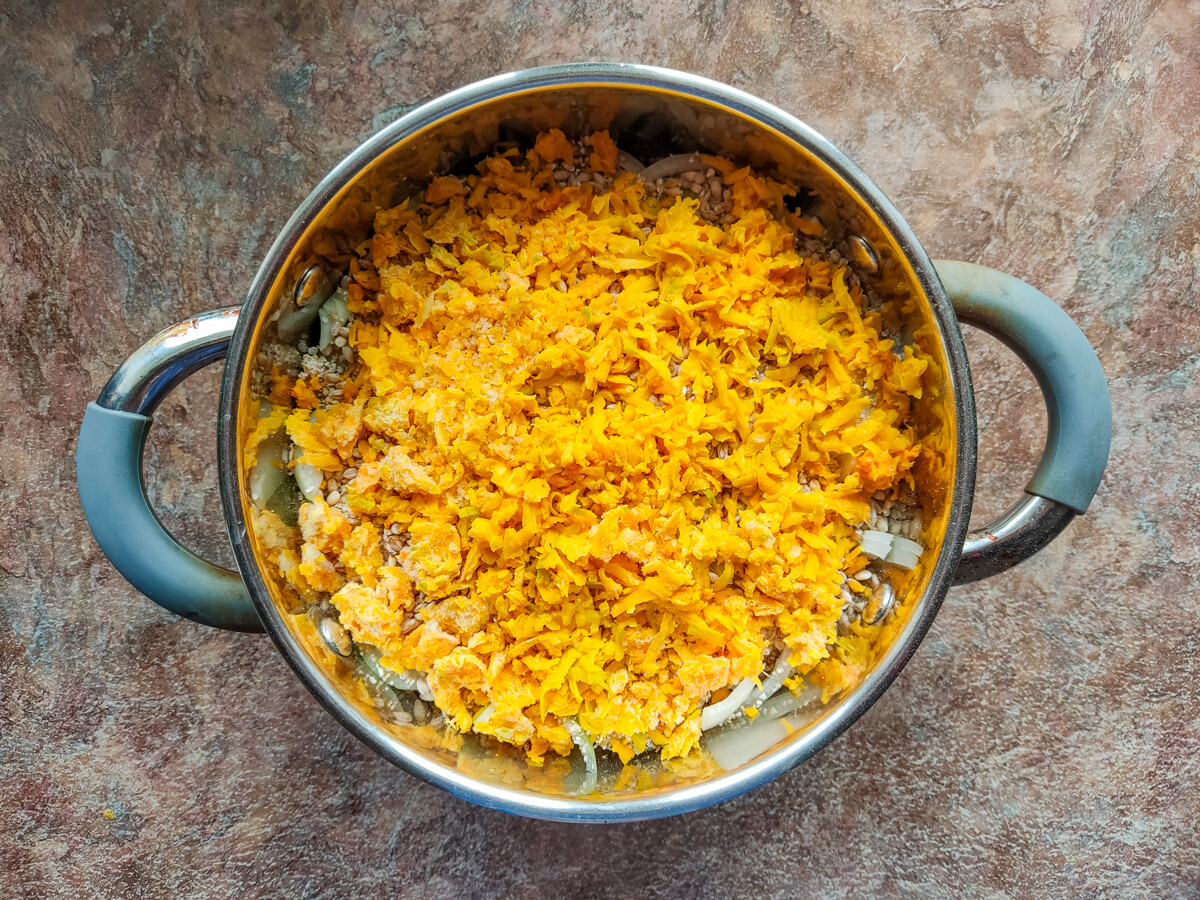 12. Pour hot salty water on the porridge. Put the pan on the stove and cook for 20-30 minutes. Then remove the pan, cover it with a lid and infuse for another hour. The liquid should be completely absorbed into the grains. 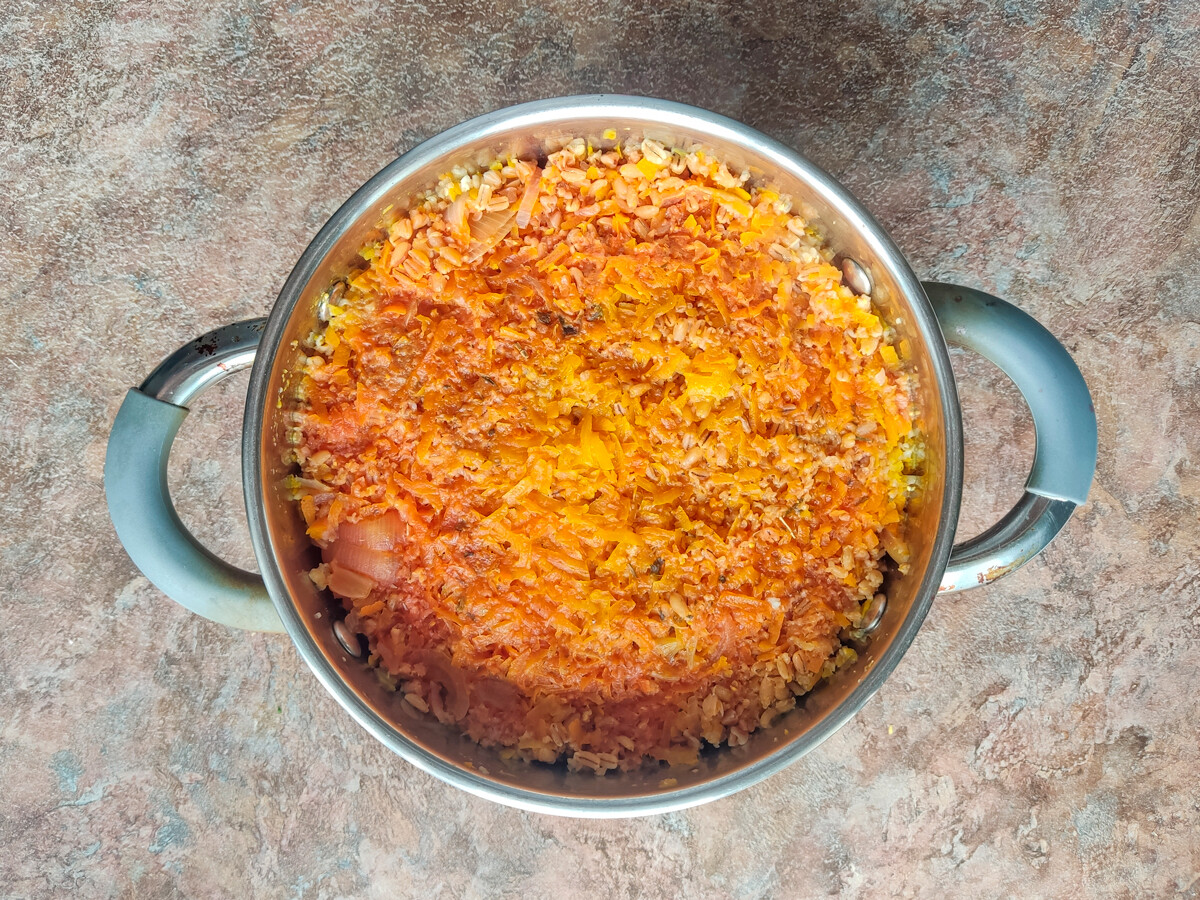 13. Turn the pot of hot porridge over onto the dish. You should have a layer cake that then can be cut into delicious portions. Enjoy! 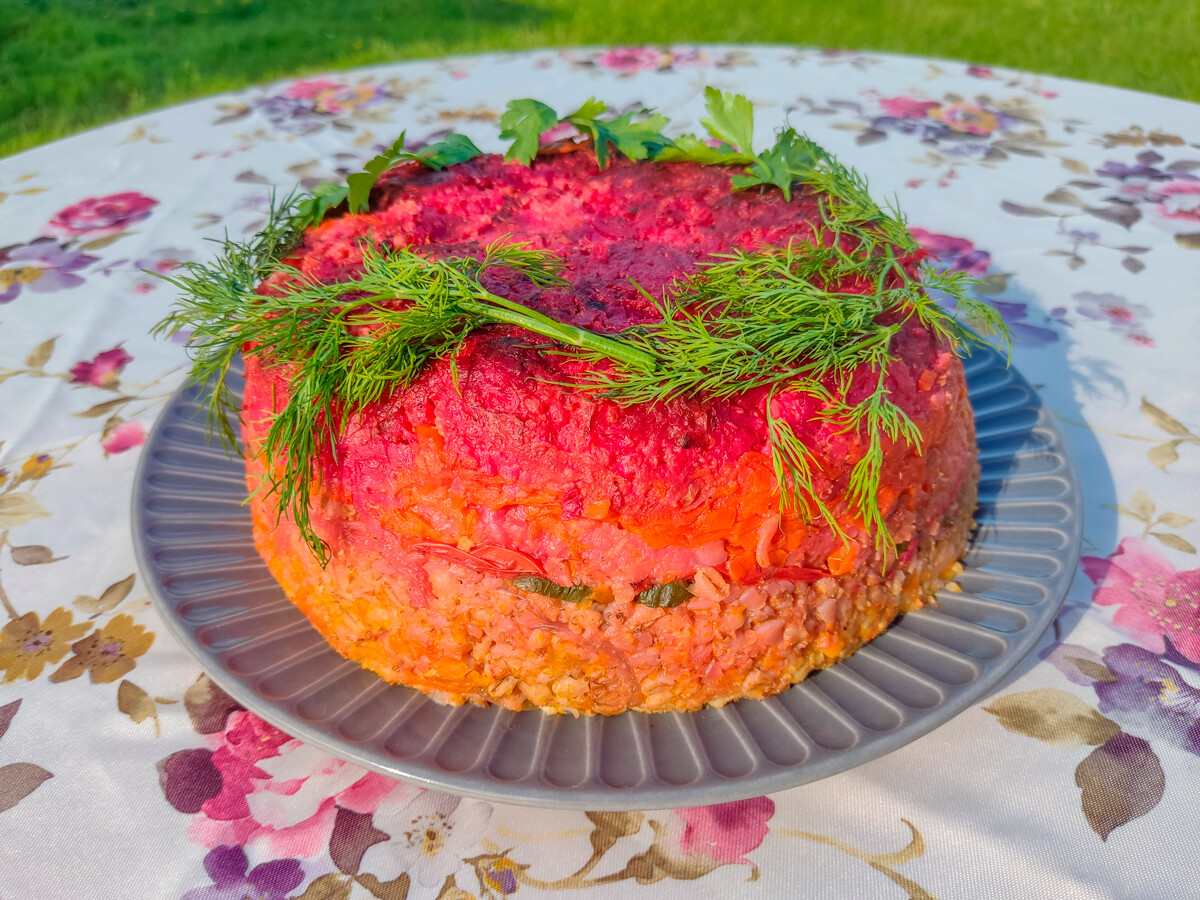