Dishes served at a funeral wake in Russia (PHOTOS) 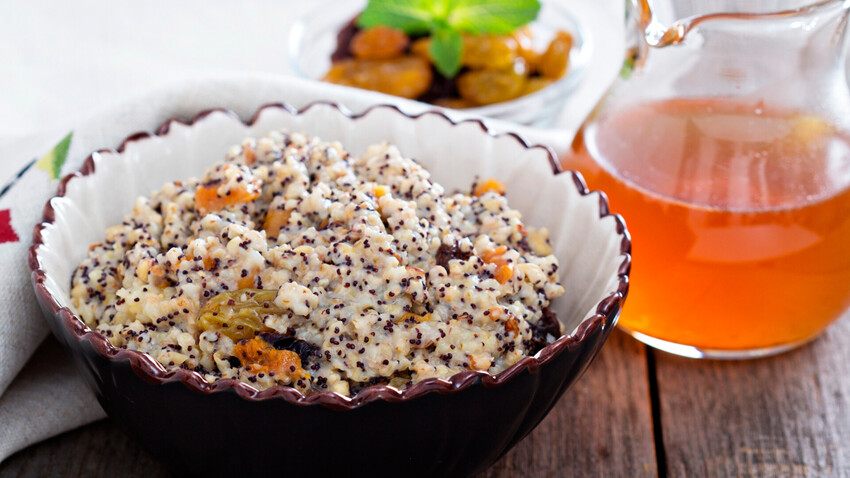 Legion Media
The Russian tradition of funeral wakes, at which last respects are paid to the deceased, goes back to the Slavic past. At a wake, the dead person’s good deeds are remembered and prayers are said for the repose of their soul. It usually takes place over a post-funeral meal.

According to Orthodox tradition, the first memorial meal is held on the day of the funeral. Everyone who attended the funeral is invited to it. Then the departed person is remembered on the ninth and 40th day after their death.

On the first anniversary of their death, a wake is usually just held by the family and such wakes take place on the anniversary of the deceased’s death and on their birthday in subsequent years. Orthodox Christians also remember their deceased parents and close relatives on “Parental Saturdays” that fall on the day before religious fasts.

On the day of the funeral, a memorial wake completes the funeral rites and is believed to be an important stage in the transition of the soul to the afterlife. It usually takes place on the third day after death, in honor of the resurrection of Jesus Christ. 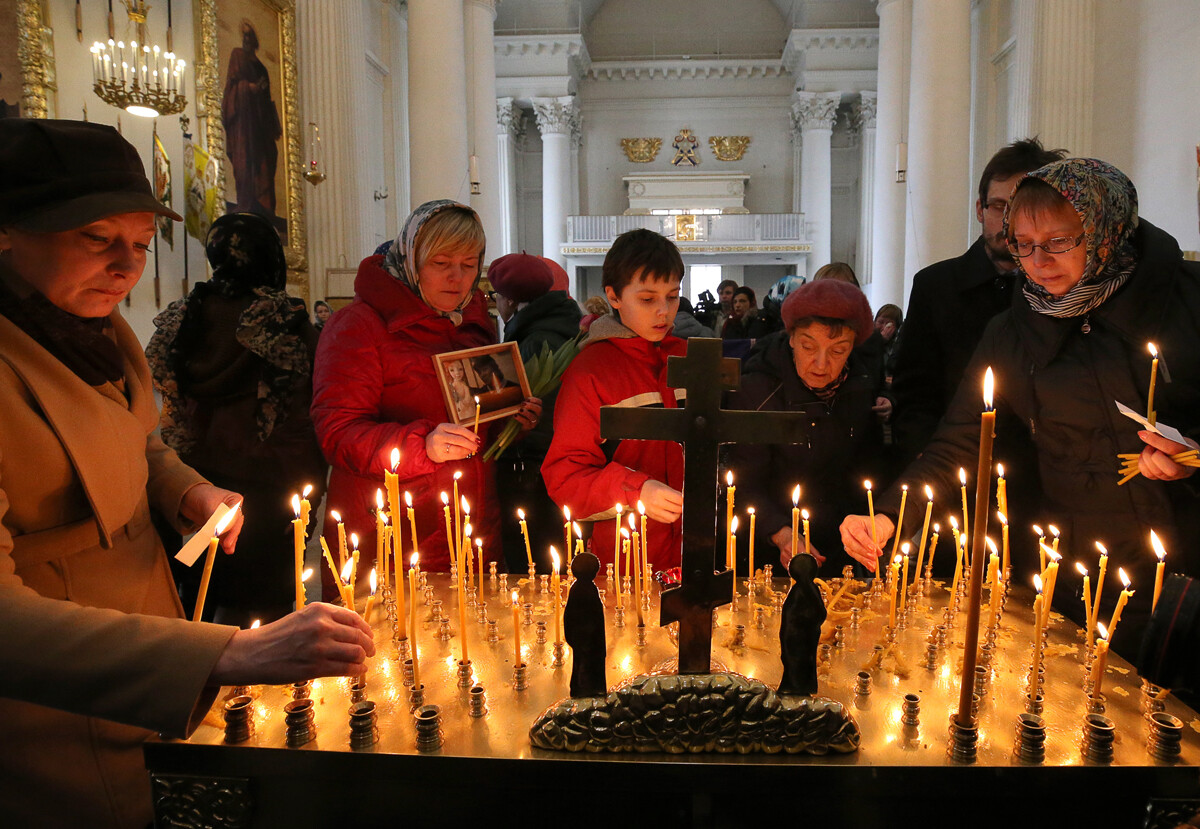 How the table is laid for a post-funeral meal

For a memorial meal, it is customary to prepare simple food and serve it on everyday (not festive) plates in subdued colors. The tablecloth is monochrome and sometimes a black band is added to it.

At a post-funeral meal, the host of the house sits at the top of the table, with relatives on each side placed according to seniority and their relationship to the deceased. The place where the deceased usually sat can be left unoccupied, with a plate and cutlery laid and a symbolic portion of food placed on the plate.

A glass of water is put in front of a memorial candle or in front of a photograph of the deceased, and a piece of bread with salt is placed on top of it. There is a tradition of renewing the water and bread daily for 40 days and after the 40th-day requiem service of pouring out the water and crumbling the bread to feed the birds. Sometimes, vodka is used instead of water and left out for 40 days (although the Church is against this, which I explain further down).

What food do Russians serve at a post-funeral meal? 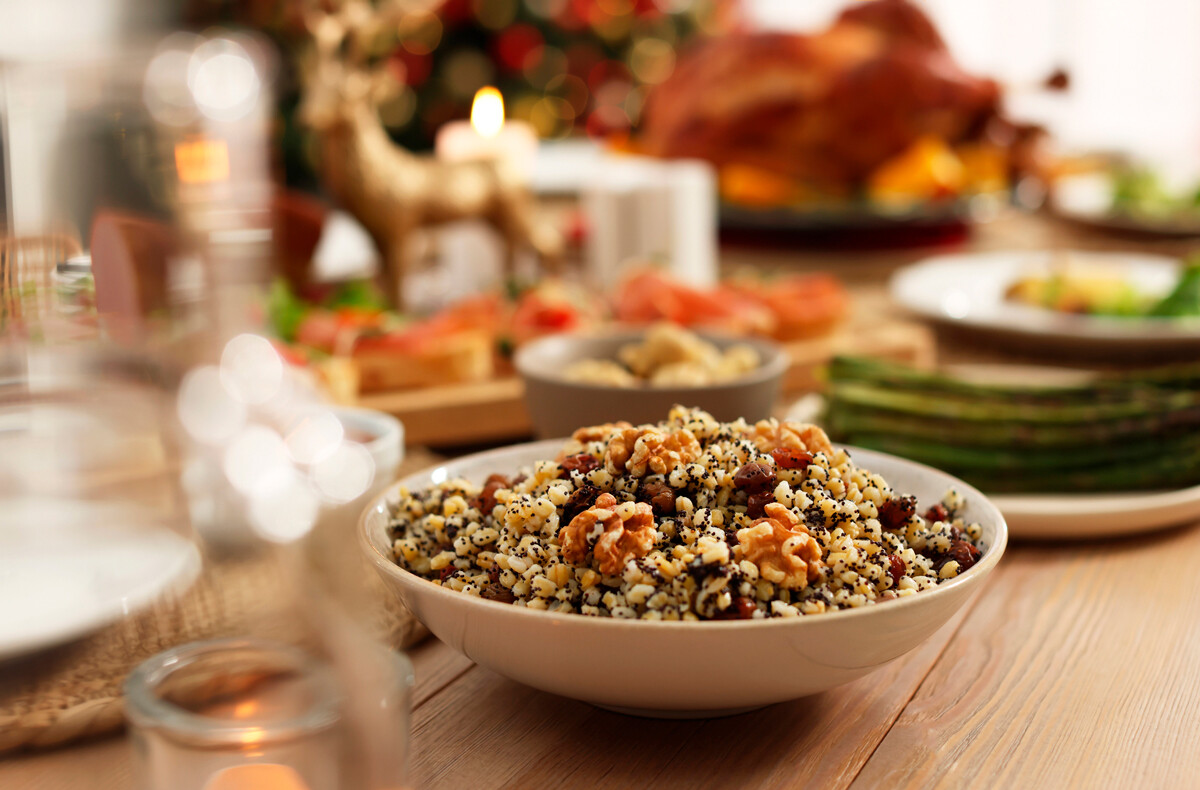 A memorial meal starts with everyone present tasting the kutia that has previously been blessed during the memorial service. Kutia is a porridge made of millet, rice or whole grain wheat flavored with honey and raisins. The grains in the kutia are a symbol of the Resurrection and the honey and raisins are the sweetness enjoyed by the righteous in the Kingdom of Heaven.

In the past, forks would not be laid on the table, since the main funeral wake dishes would not require them. There was a belief that if kutia was eaten with a fork, the soul of the deceased could be disturbed. Today, the menu is wider and the no-fork tradition is rarely observed. 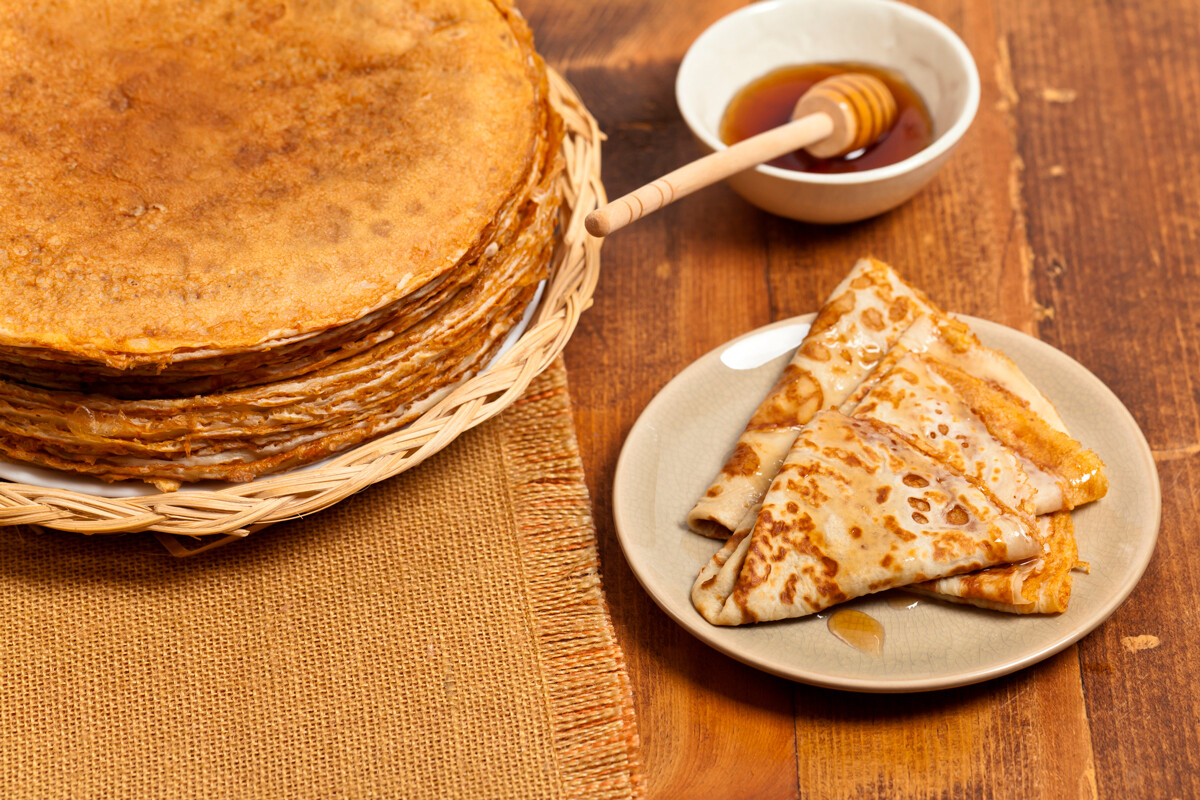 Pancakes (blini) are also seen as a funeral-wake dish. The first pancake is placed on a window sill for the deceased, while the guests remember them with the remainder. Slavs believed that pancakes symbolized the sun and rebirth, standing for man’s link with heaven and the next world.

The pancakes can be served simply with butter, or with toppings such as honey, sour cream, caviar or salmon, depending on the tastes of the family and how wealthy they are (You can find 8 traditional Russian pancake fillings here). Otherwise, a funeral wake is a modest meal and just 1-2 pancakes are prepared for each guest. 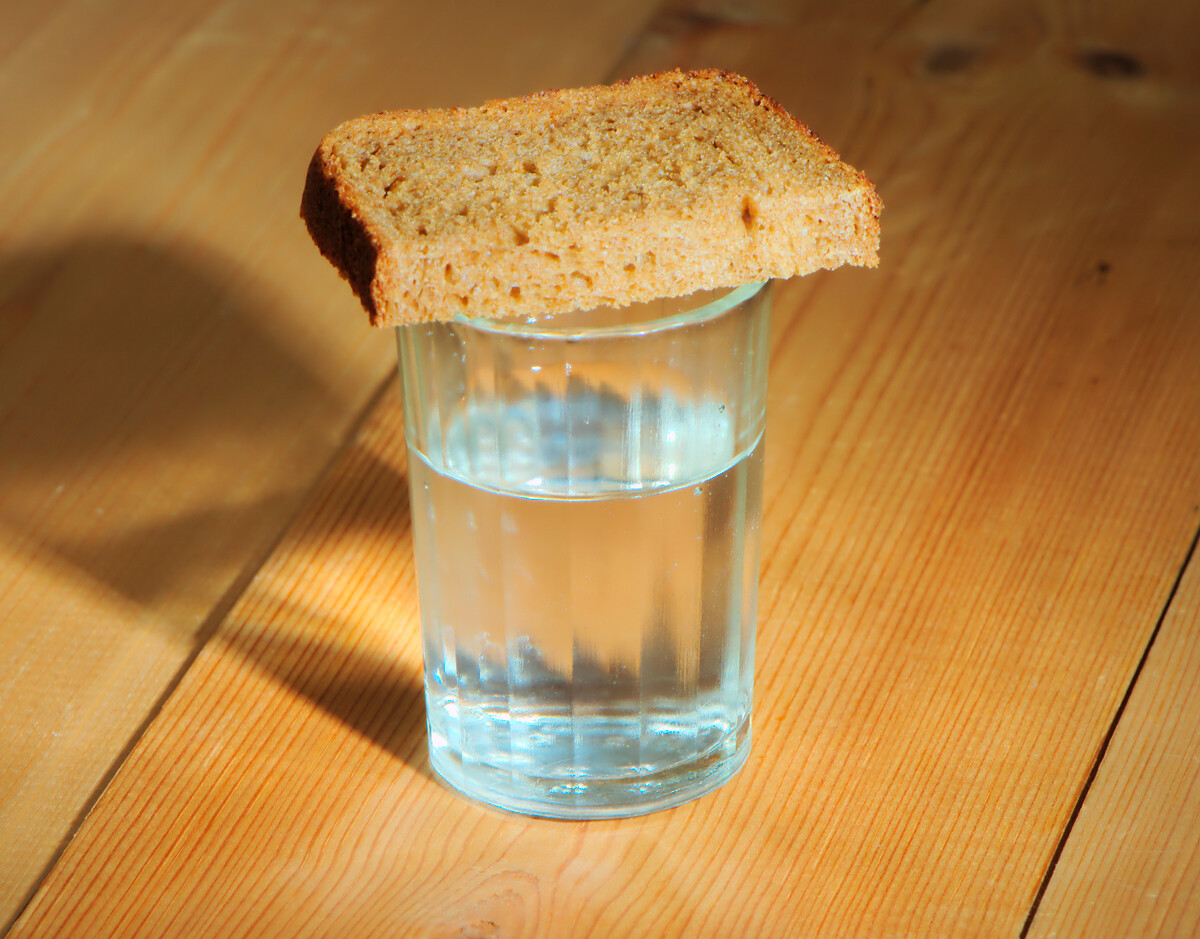 The church does not welcome the consumption of strong liquor at the post-funeral meal, asserting that the more vodka is drunk at a wake, the longer will the soul’s tribulations be in the next world. But, aside from its religious significance, the restriction also has a practical explanation. A wake is an occasion to remember the deceased and not a time for heated chitchat.

In spite of this, in Russia the deceased is fairly frequently remembered with vodka or brandy. This is done at the beginning of the meal - either before the kutia or, if the latter is absent, before the pancakes. And with that, more often than not, the consumption of liquor comes to an end. Compote, kvas (a fermented cereal-based beverage) or red wine can be served. 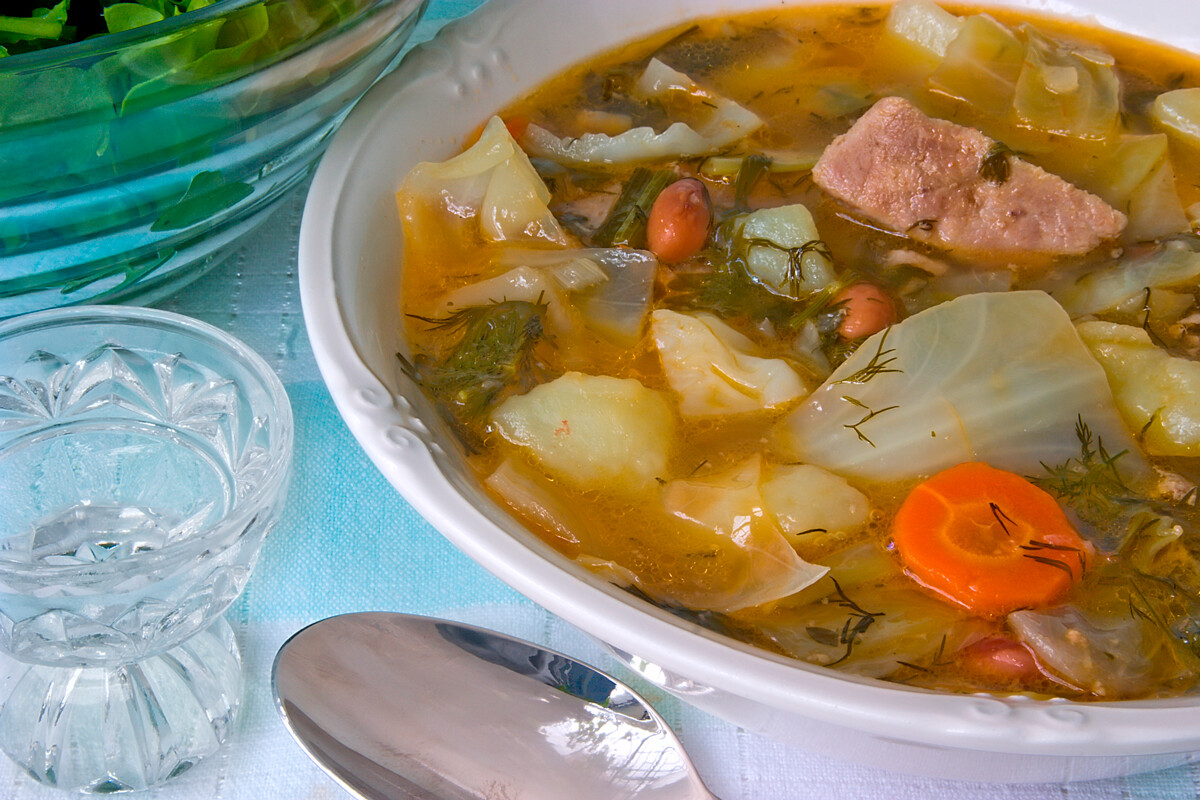 The kutia and pancakes are followed by simple, everyday dishes. For instance, the first course can be classic Russian cabbage soup made with fresh or sour cabbage (with or without meat, depending on whether it is a fast day or not). In southern regions of the country, borsch might be made.

The main dish is usually mashed potato or buckwheat porridge with meat or chicken. It is accompanied by fresh or pickled vegetables or a vegetable salad. 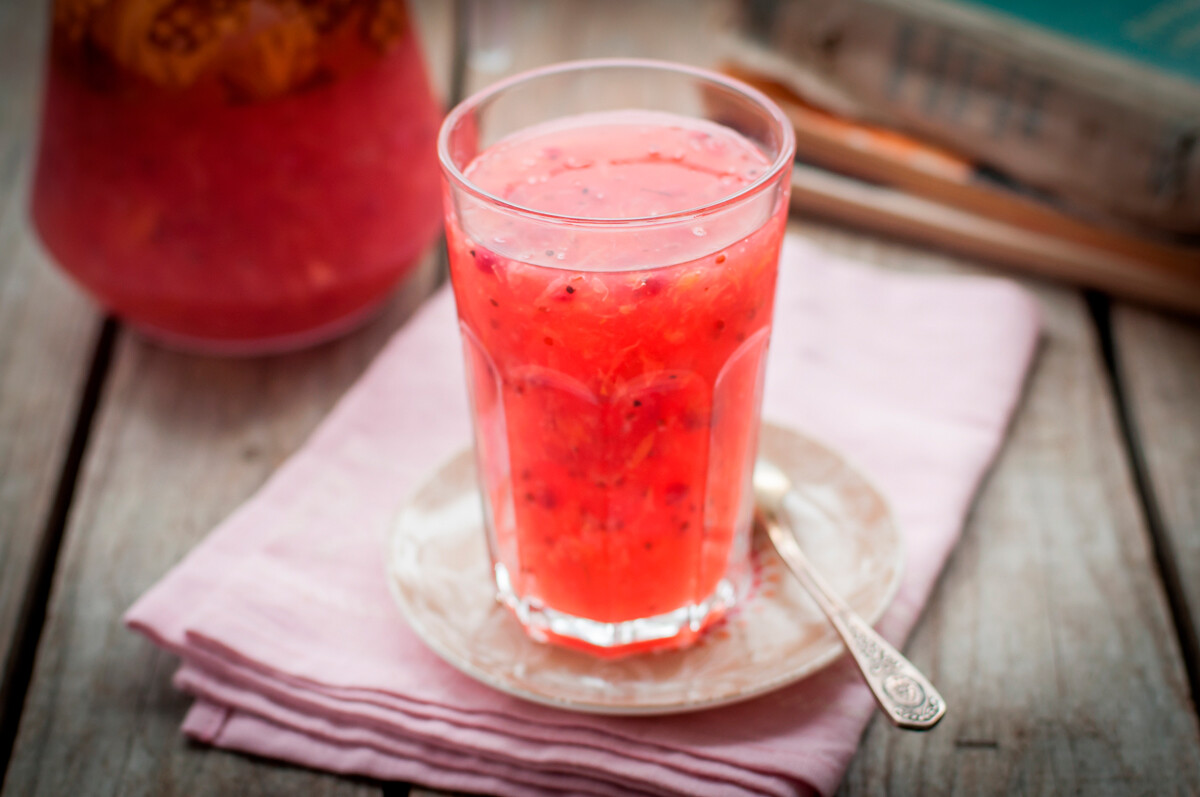 According to William Pokhlyobkin, a historian of Russian cuisine, the post-funeral meal concludes with kisel, a jelly-like fruit dessert. The latter “absolutely has to be acidic and fruit-based, in other words, made with cranberries, lingonberries or, at a pinch, apples, blackcurrants/redcurrants or gooseberries, but definitely without any dairy products”. Pokhloybkin explains that the kisel aids the digestion of the high-starch and meat-based dishes. The kisel can also be replaced with a compote of newly-gathered berries or fruit or dried fruit.

When the meal is finished, all the guests get plain sweets or biscuits to take home as a reminder of the deceased.

If the wake has to take place during a religious fast, the meat and other animal-derived products are excluded from the menu. The table is laid with kutia and pancakes at the beginning of the meal, followed by fasting dishes such as cabbage and mushroom soup, buckwheat porridge with vegetables, cabbage pie or lenten-dough buns with raisins or dried apricots.