Death in the Urals: One of the most mysterious tragedies in Russian history 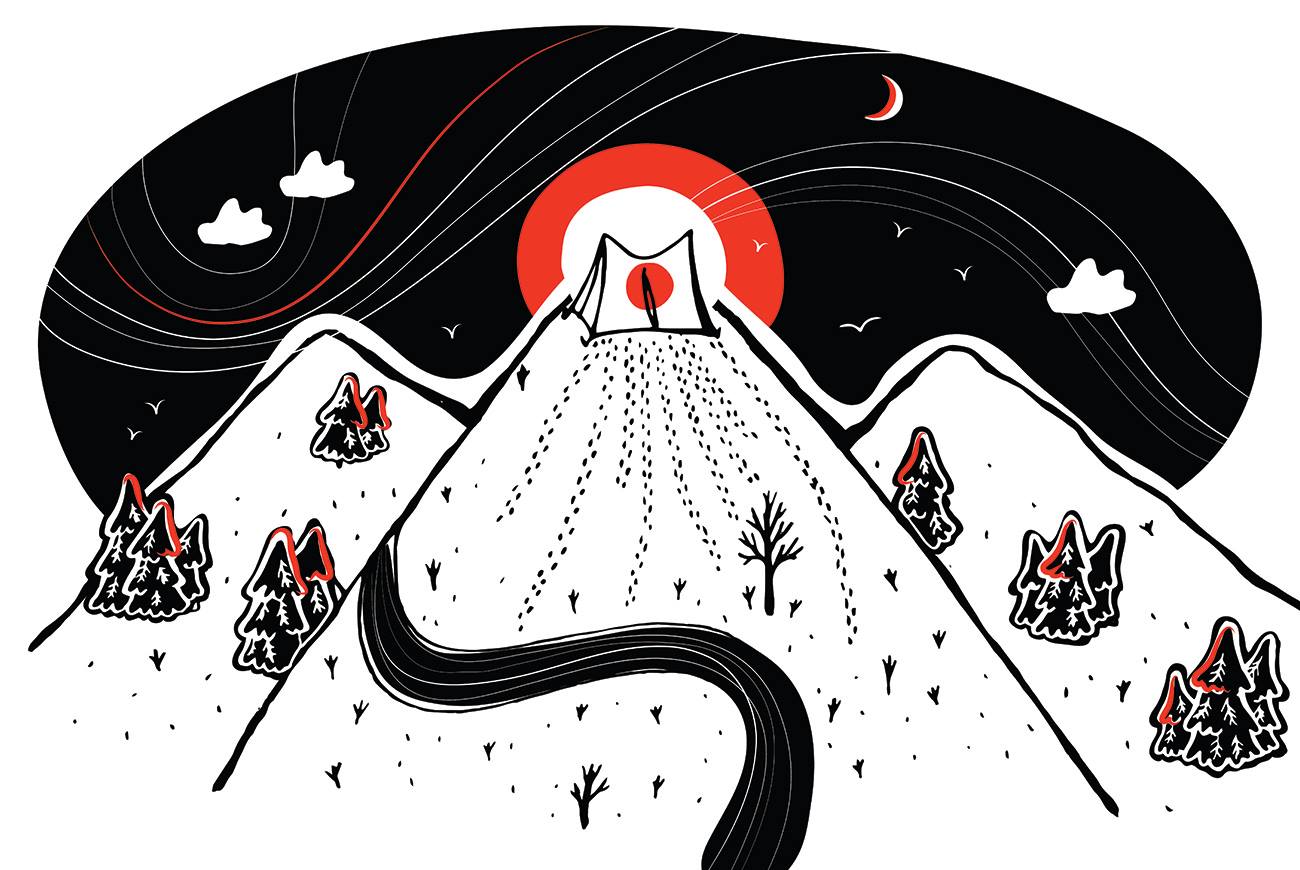 Information on the Dyatlov incident remains classified at the federal level even now, almost 60 years on.

Varvara Grankova
In February 1959, a group of nine ski hikers led by Igor Dyatlov was killed in the Northern Ural mountains. The circumstances in which the young people died were so strange that they remain a mystery to this day, giving rise to speculation and theories ranging from an avalanche to an operation by the U.S. secret services.

Translated from Mansi, the name of the mountain Kholatchakhl, which is situated deep in the Northern Urals (550 km to the north of Yekaterinburg, which itself is located 1,416 km to the east of Moscow), means "a dead mountain" or "a mountain of the dead."

Legend has it that in ancient times, nine hunters were killed there and since then some of the more superstitious among us believe the mountain should be avoided, especially by groups of nine.

The Mansi legend certainly wouldn't have been so widely known today had it not come to life in 1959. In the early hours on Feb. 2, nine hikers (seven men and two women) suddenly ran out of the tent they had erected on the slope of Kholatchakhl. It’s still unknown why the hikers left the tent abandoning all their belongings in a hurry - all but two of them were found barefoot - and ended up outdoors in temperatures of -30 degrees Celsius. None of them survived that night. That was how "the Dyatlov group" (from the name of its leader Igor Dyatlov) perished.

The search party found five bodies in late February to early March, about a mile from the tent down a slope. The other four were found in May, when snow began to melt. Three out of the nine, as the investigation established, were killed by blows "caused by a major force," while the others froze to death. When one of the young woman was found her eyes and tongue were missing. Some of the victims' clothes had traces of radiation on them, twice the norm.

Gaps in the investigation

At first, Soviet investigators working on the "Dyatlov case" suspected Mansi hunters, who objected to tourists trespassing on their native land, or criminals, who had escaped from a nearby prison. But these theories were quickly rejected: There had been no prison breaks in months preceding the tragedy, and the mountains that the Mansi considered sacred were outside Dyatlov's route. Furthermore, the bodies did not have any firearm or knife wounds, and a forensic examination established that the tent had been cut from the inside, in other words members of the Dyatlov group burst out of it themselves. 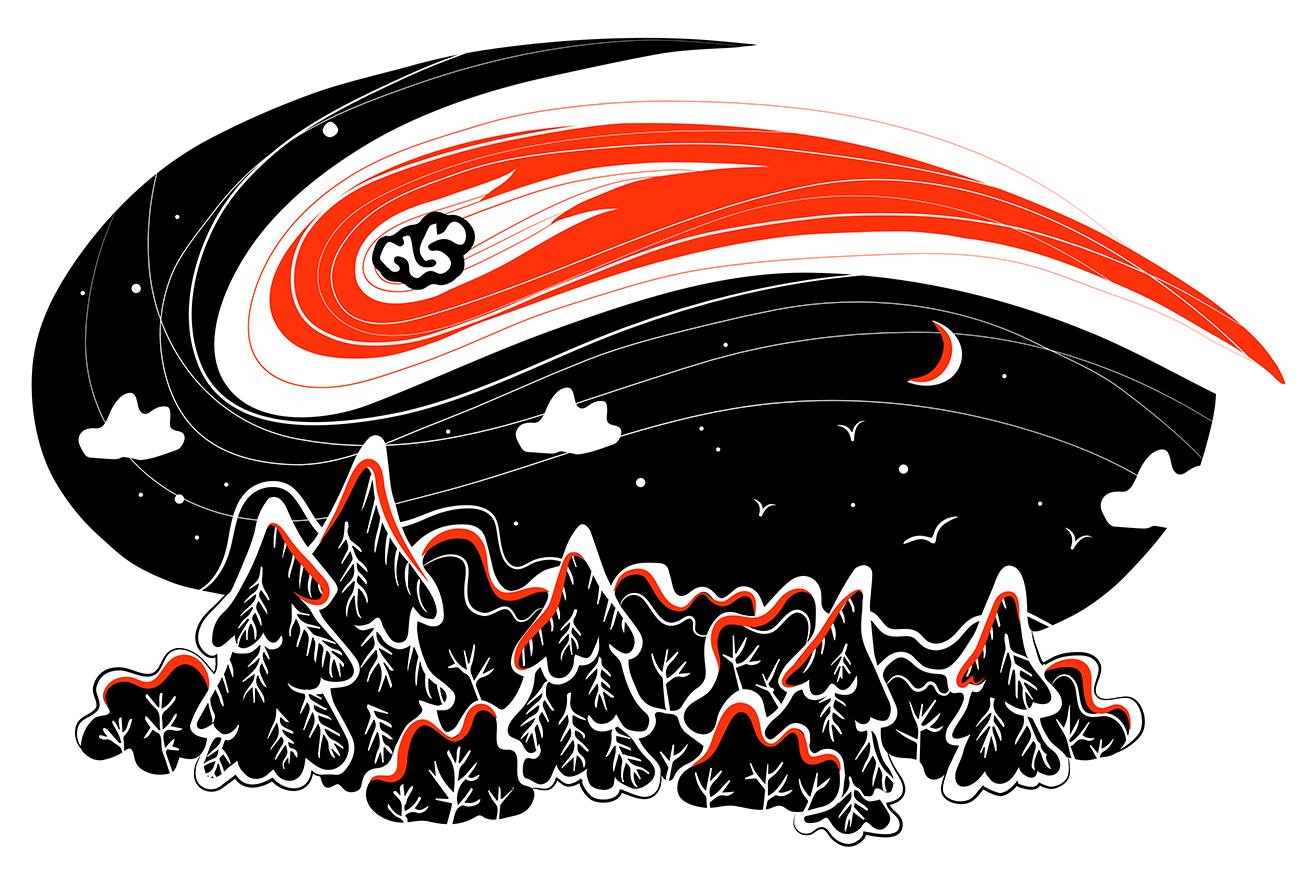 Very soon, in late May 1959, the criminal case was closed. The wording of the official cause of death was vague: "A spontaneous force which the hikers were unable to overcome." Many of those amateurs who conducted their own investigation of the case suggest that the authorities wanted to "hush up" the incident as soon as possible, which left a lot of room for speculation and conjecture.

According to one popular theory, the group died because of an avalanche or a cave-in. However, the rescuers involved in the search operation did not find any traces of a natural disaster - the ski poles holding the tent remained standing. Moreover, it’s not clear why, having got out of the avalanche (if there was one), the hikers ran down the slope rather than along it - experienced climbers would have never done so.

Witnesses who were in the mountains near the Dyatlov Pass in February-March 1959 spoke of unusual atmospheric phenomena - "fireballs" or "bright spots" moving across the sky. That, as well as the traces of radiation found on the victims' clothes, prompted some of the amateur investigators to suggest that the USSR was conducting secret missile tests – either space or military – near the Dyatlov Pass.

Hence the theory that the hikers came under a cloud of poisonous gas, which was released when a carrier rocket burned to completion, forcing them to leave the tent. However, in that case it’s not clear why they ran for so long – at the time, the weather was windy and the cloud would have been blown away quickly.

No mysterious tragedy in Russia can escape speculation about secret services' involvement – either Russian or foreign - and the death of the Dyatlov group is no exception. In his investigation entitled "Death on the Trail," writer Alexei Rakitin examines in detail other people's attempts to unravel the mystery, rejects other theories, and puts forward his own idea: The group was killed by American agents.

According to Rakitin, the group included undercover KGB officers, who were supposed to meet with the Americans and carry out "a controlled delivery" – hand over fake samples of radioactive clothes. At the very last moment, the ploy was busted and angry Western spies killed the Soviet agents, as well as the hikers.

The main question that critics pose to Rakitin is why would the KGB have set up a "controlled delivery" in the wilderness of the Ural mountains, when it would have been much easier for agents to remain unnoticed in a big city? Furthermore, it’s not clear why the Americans just left the bodies, not bothering to get rid of them.

There are many other theories in addition to those mentioned above. The hikers were killed by KGB agents, who were eliminating accidental witnesses of a missile test. Or by the Interior Ministry's special forces, who  mistook them for fugitive criminals. Or they were not killed by anyone but in a panic attack rushed out of the tent to their certain death. Or they were attacked by a wild animal ... the theories go on and on.

As author Boris Akunin wrote in his blog, supporters of each theory "are quite convincing when criticizing rival propositions but are not so convincing when defending their own.” Each cites only those facts that fit into their idea of the correct answer and ignores those that do not.

In fact, it is impossible to establish what happened on the Kholatchakhl mountain that night. At least for the time being: As Sverdlovsk Region former governor Eduard Rossel pointed out in early 2017, information on the Dyatlov incident remains "classified at the federal level" even now, almost 60 years on.