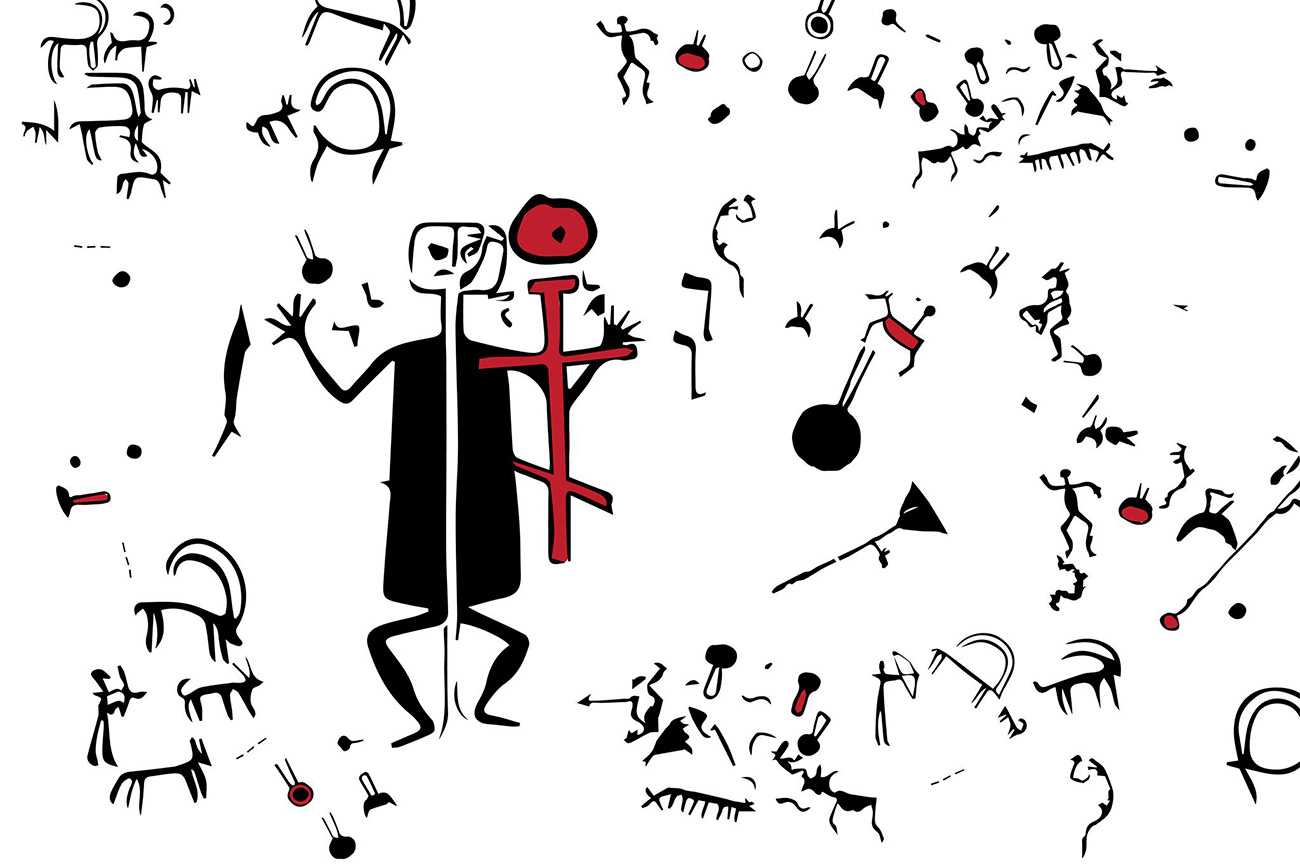 "One particular petroglyph in Devil's Nose depicted “the devil” in the form of an anthropomorphic gigantic creature with a square head."

Varvara Grankova
From Karelia in the west, to Chukotka in the east, the Russian lands contain memories, bones, and treasures of ancient peoples and civilizations long forgotten. Here are the stories of four places that few have heard about.

At first sight, this picturesque cape on the eastern shore of Lake Onega (the second biggest lake in Europe, 700 km northwest of Moscow) appears to be just another beautiful place where Karelians from neighboring villages hunt and fish. There is nothing devilish about it; only at first sight, however.

When Orthodox monks came here in the 16th century they discovered the cape profusely decorated with petroglyphs left by the ancients. One particular petroglyph, the second biggest (2.46 m. long), depicted “the devil” in the form of an anthropomorphic gigantic creature with a square head. The monks feared the scary image so much that they carved a big cross near “the devil” hoping that Jesus would overcome the pagan witchcraft.

Archaeologists have examined the petroglyphs of Devil’s Nose for ages, and estimate that the rock drawings are approximately 5,000 years old. The people who left them probably were the ancestors of modern Finns and Karelian, and it’s hard to tell whether the petroglyphs have some dark mystical power. No one has been living in Devil’s Nose for decades; the last village disappeared in the 1970s. 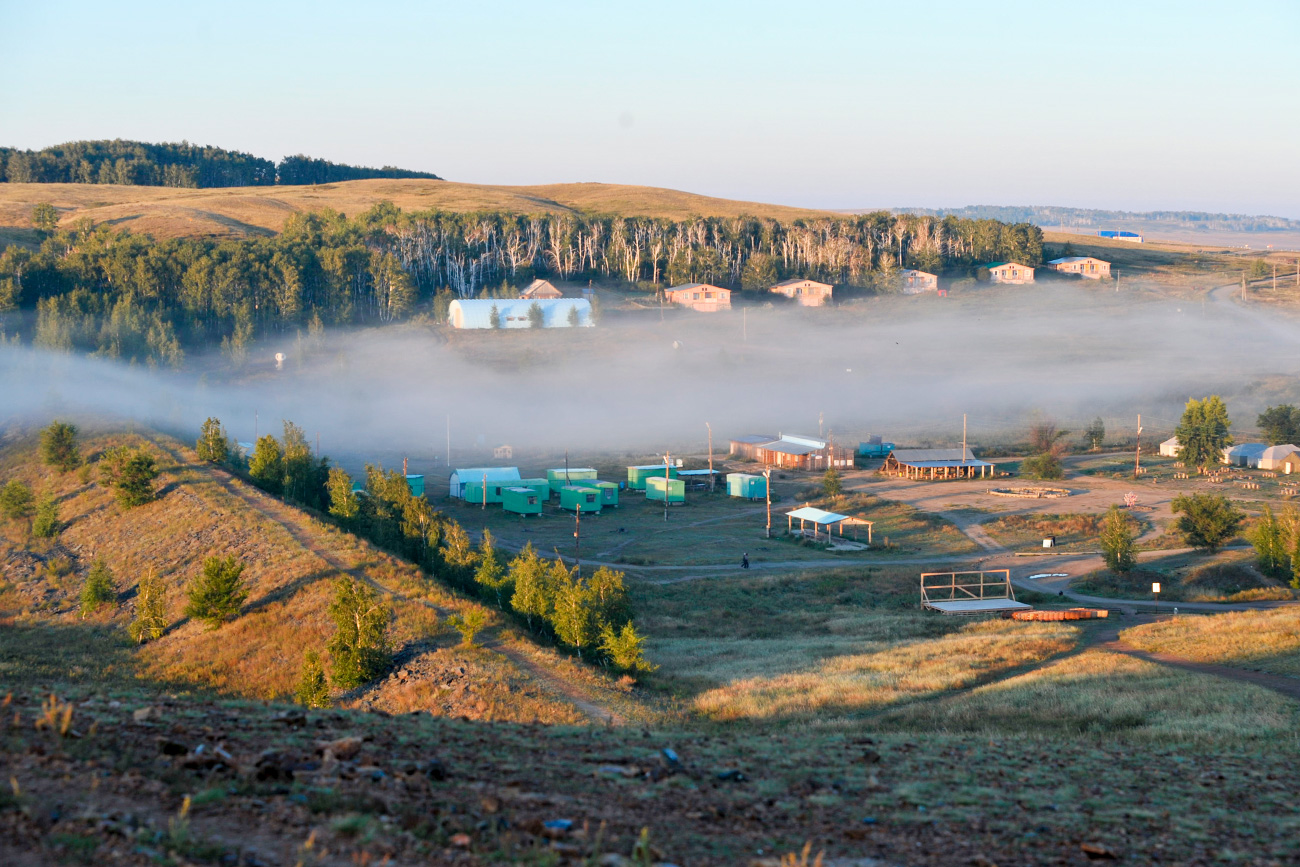 Discovered in the late 1980s, the ancient settlement of Arkaim is located literally in the middle of nowhere; with only steppe all around. Archaeologists began to dig there in the 1990s and their work continues.

Arkaim was a vibrant place some time in the third or second millennium BC, and was a rather big city with a central square, protected by fortress walls and a moat. According to historians, Arkaim’s citizens were settled, something unusual for the steppe peoples of that era, and they bred cattle.

The ancient city remains a scientific treasure trove but pseudoscientists adore it even more. Many legends claim Arkaim was “the city of Sun,” the cradle of all civilizations and - of course - that its inhabitants were the real Russians. Thus, Russians are the ancestors of all mankind. Serious historians, however, remain skeptical about such “theories.” 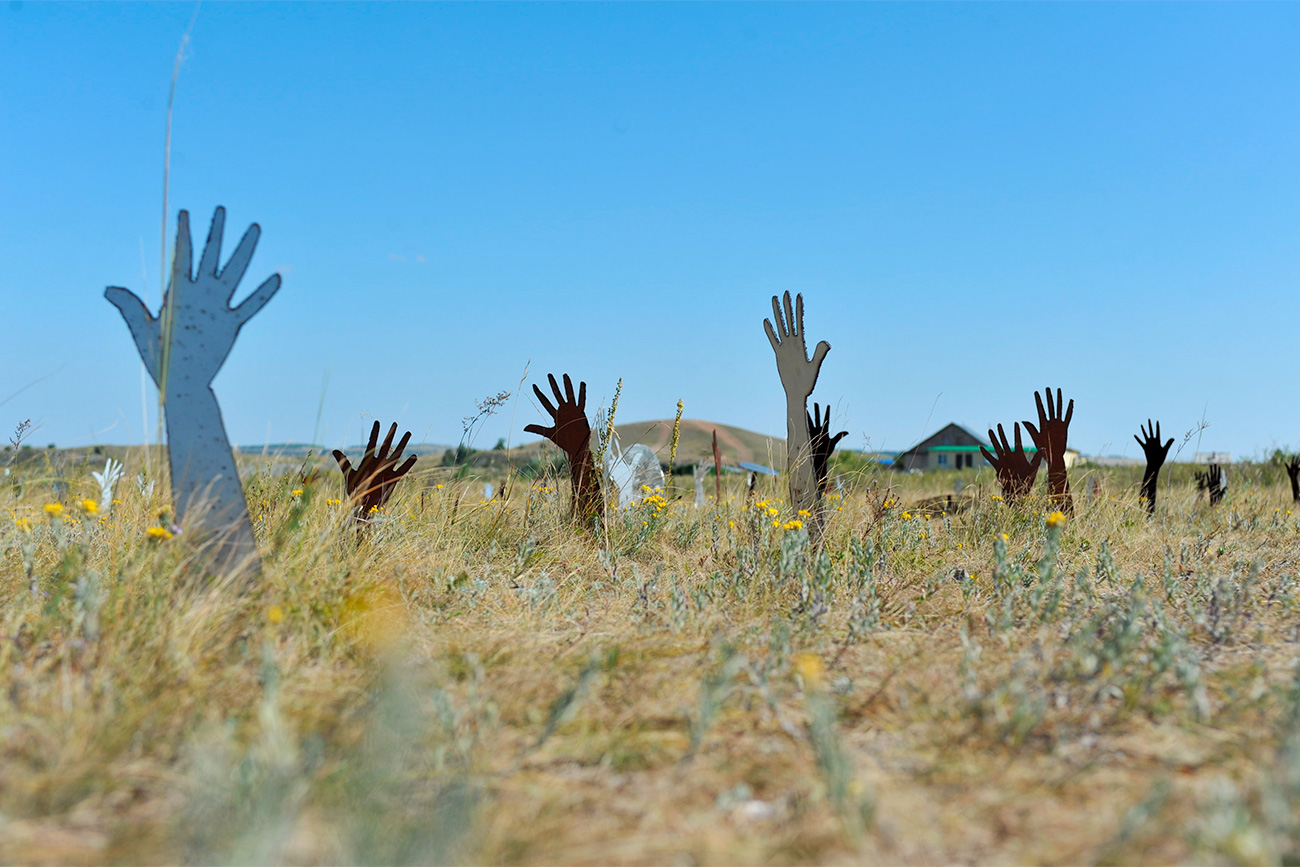 The Altai people believe the Ukok Plateau, situated on the south of their republic (3,100 km east of Moscow) is sacred. This is where the souls of their ancestors live, so the place requires deep respect. It’s even forbidden to talk loudly there, let alone disturb the dead. But that’s exactly what archaeologists did in 1993 when they found the surprisingly well-preserved mummy of a woman who died approximately 2,500 years ago. Journalists called her “an Altai princess,” and though it was a bit of a stretch, she certainly once belonged to local nobles. 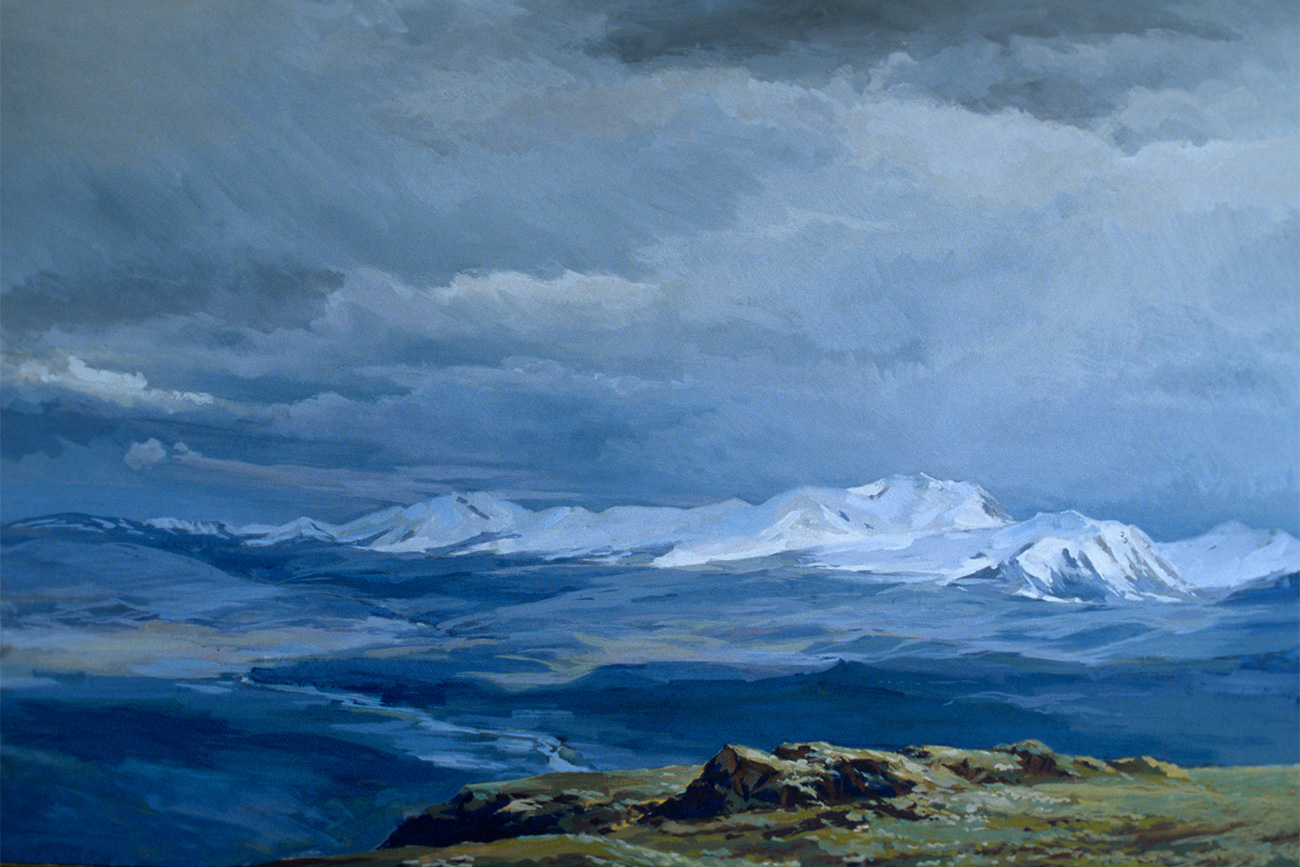 Scientists took “the princess” to Novosibirsk (2,800 km east of Moscow), which has proper facilities to study the mummy, but this triggered outrage among the Altai people. According to their beliefs, the dead woman had mystical powers and was protecting the land of Altai from harm, and taking her away would cause calamities.

The Altai people and archaeologists argued for almost two decades. Then, in 2012 the mummy was returned to the Altai Republic. The locals, however, believe the woman, who they call Ak-Kadyn, is still angry with them and that’s why catastrophes happen in the republic (such as the flood in 2014 when several people died). 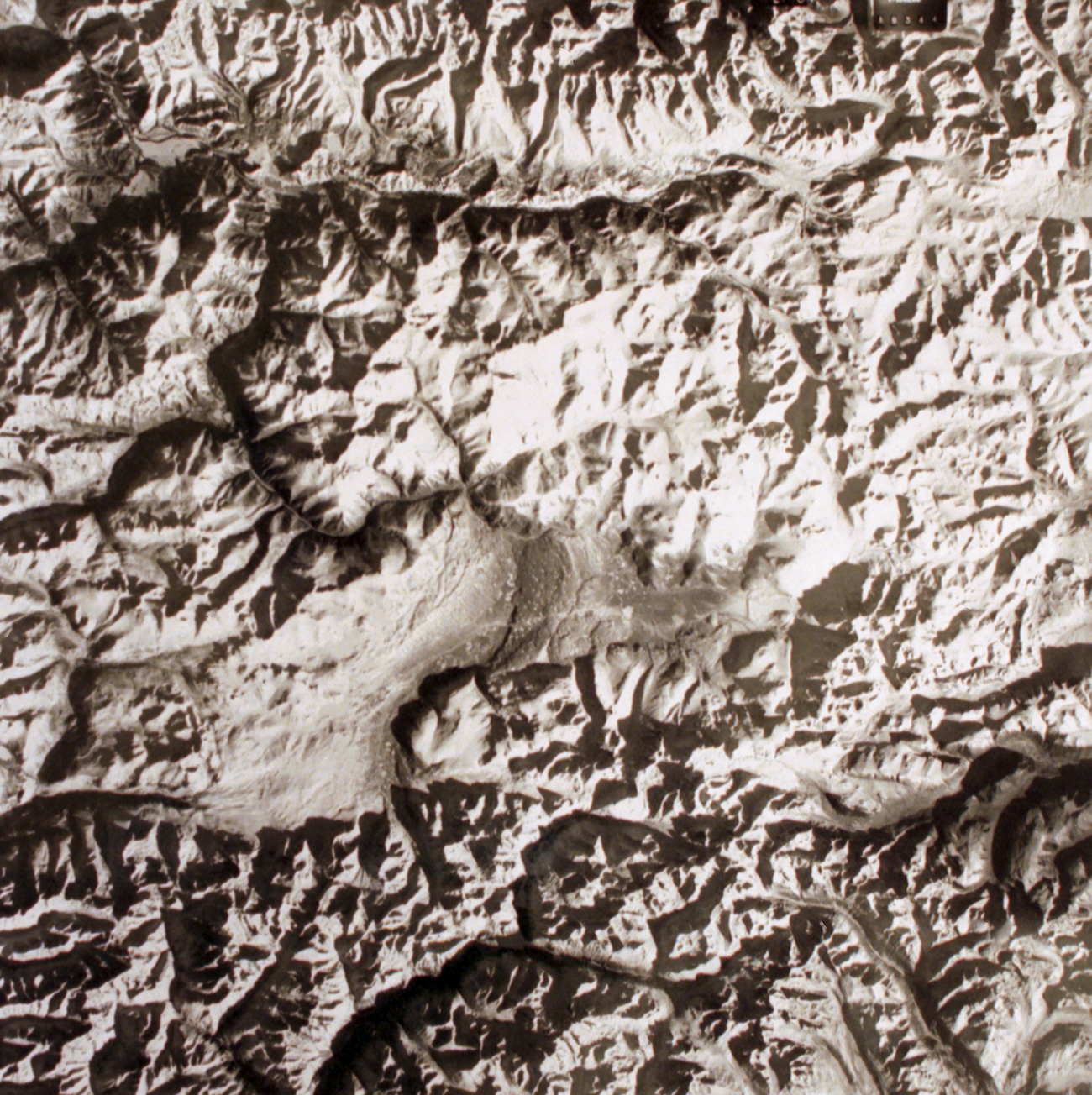 "It’s even forbidden to talk loudly there, let alone disturb the dead. But that’s exactly what archaeologists did in 1993 when they found the surprisingly well-preserved mummy of a woman who died approximately 2,500 years ago." Source: TASS

It’s hard to find a more remote place in Russia than Yttigran Island near the shores of Chukotka –  about 6,500 km east of Moscow. The island is deserted but still keeps some (creepy) signs of human existence. The coast is decorated with dozens of Greenland whale jawbones tucked in strict geometrical order. Each bone is longer than 5 meters.

In the Middle Ages, Eskimos built this strange architectural composition (which also included pyramids of whale skulls). They didn’t live on the island. Instead, it was a sanctuary.

Then,  something happened and the Eskimos left the area forever, and now no one prays here. But, the Whale Bone Alley remains, silent and mysterious.

Did tsar Alexander I leave his throne for a solitary life in Siberia?>>>

Why are Russians still searching for Bigfoot?>>>

Forever lost: How Russians hunt for Ivan the Terrible’s library>>>

Where to find the Amber Room, a cultural treasure stolen by the Nazis>>>

Death in the Urals: One of the most mysterious tragedies in Russian history>>>