The Voice of Russia
RBTH 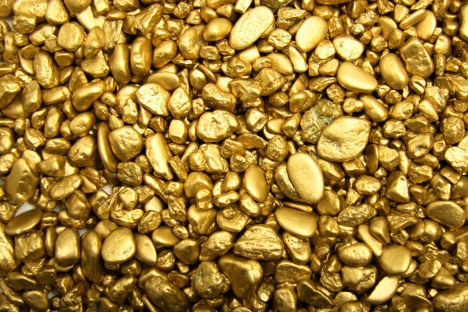 The majority of Russian analysts believe that there will be a sharp increase in gold purchases in India in the near future. Source: Shutterlock / Legion Media

The majority of Russian analysts believe that there will be a sharp increase in gold purchases in India in the near future.

Recent relaxation of gold import restrictions in India can revive demand for the metal, a senior Russian academician said on Thursday. India can get close to China and even overtake it in terms of demand for gold and this would strengthen its role in the formation of prices for the precious metals in the world market, Alexander Salitsky, Leading research fellow at the Institute of World Economics and International Relations of the Russian Academy of Sciences, said.

The majority of Russian analysts believe that there will be a sharp increase in gold purchases in India in the near future. The main reason is the easing of import restrictions announced by the Reserve Bank of India. Experts estimate that liberalization in this area will ensure a monthly inflow of 15-20 tonnes of gold.

According to another calculation, the surge in demand for gold will guarantee that 3.5 million jobs for the Indians in the sector of trade in gold and jewellery manufacturing are preserved. In particular, the experts pointed out that some Indian banks are allowed to provide targeted loans to local jewellers so that they can buy gold. At the same time, they do not have to stick to the stipulated internal consumption quota.  This essentially means the lowering of the financial pressure exerted on jewellers by the state.

India's role can be restored to the level which prevailed at the beginning of last year, Salitsky believes. China overtook India in imports, but the difference was still not very big. China has been importing a little over one thousand tonnes of gold while India imports somewhere around 975 tonnes. As they say at the racecourse, they are going “neck and neck” in this market. But China's gold imports are falling, and the jump in demand for gold in India in the second half could be significant.

Russia and India compete for gold

However, the surge in gold imports in India may not necessarily happen instantly. The fact is that a significant part of the “loss” in demand during the past year has been met by informal or smuggled imports. In the fiscal year 2013-2014, the smuggling of gold in India has quadroupled . During this period, 148 cases of gold smuggling were registered, whereas only 40 cases were registered in 2012-2013. According to official Indian estimates at the beginning of this year, 1 to 3 tonnes of gold were smuggled per month in the country.

This week the price of gold fell by about 1 percent amid reports of a decrease in gold imports by China from Hong Kong. In April, imports fell to the lowest level since February 2013. If the demand for gold in Asia does not rise again, there is a risk that prices will fall even lower. Meanwhile, India is able to turn the market around. In any case, the market's attention will be focused primarily on China and India, the two most important countries in terms of demand, says Salitsky: “Until a few decades ago India and China were two backward countries. Nobody could imagine that today they will determine such an important thing as the volume of purchase and the price of gold on the world market .”

In recent months, global demand for gold as an object of investment has fallen. Its place has been taken by the increasingly attractive real estate market. However, the climate in these two markets is again largely determined by China and India.