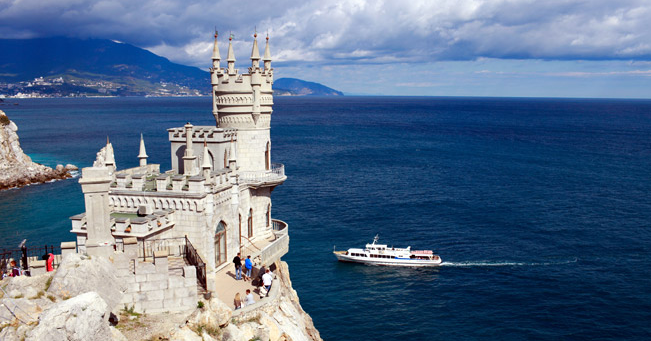 Crimea's movement for independence was certainly a historical process of developing and strengthening the foundations of civil society. Source: Lori / Legion Media

Myths and prejudice condition the Western response to the Crimean crisis. In this incisive article, Andrei Volodin provides a detailed historical overview of events leading up to the referendum in Crimea supporting reunification with Russia. The analyst lauds India, the world’s largest democracy, for taking an autonomous stand by recognizing Moscow’s legitimate interests in Crimea.

The topic of Crimea annexation continues to be a major issue in relations between the West and Russia. The majority of Western politicians and intellectuals believe that Russia has annexed Crimea. The term annexation, which implies the seizure, the forcible acquisition of a state's territory by another state, is so strongly linked in the Western mind with reunification of the Crimea with Russia, that even respectable representatives of academic institutions use it in public discourse.

Meanwhile, it is impossible to deny that the people of Crimea quite clearly gained self-determination through the national referendum held on March 16, 2014 (96.77% voted for integration and the turnout was 83.1%). A little less than a year after the events of 2014, the Western agencies of public opinion research confirmed these results after conducting anonymous surveys.

It is time to give a historical and socio-philosophical assessment of Crimeans' resistance to the Kiev dictates. Crimea's movement for independence was certainly a historical process of developing and strengthening the foundations of civil society. And this endeavor was objectively strengthened by stiff opposition from the part of Ukrainian central authorities.

The history behind Crimea joining the Russian Empire is well known. As a result of Russian-Turkish war of 1768-1774 and the Treaty of Küçük Kaynarca of 1774 the Ottoman Empire renounced its claims to Crimea. According to the manifesto of April 2, 1783 Empress Catherine II proclaimed the Crimea, Taman and Kuban region joining the Empire.

It was in the Soviet period, after the end of World War II that a strange political metamorphosis began to occur in Crimea. 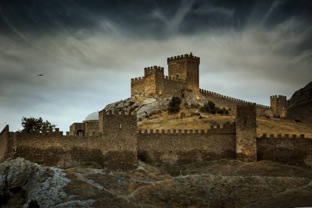 The decree of the Presidium of the Supreme Soviet issued on February 19, 1954, transferring the Crimea region from the Russian SFSR to the Ukrainian SSR was motivated by the difficult economic situation in Crimea because of the post-war devastation and labour shortage, and by the geographic expediency, ie the absence of the land administrative border between the Crimean region and the rest of the territory of the RSFSR.

In the late 1980s, Crimea became an active part of the democratic movement that unfolded in the Soviet Union. On January 20, 1991 the all-Crimean referendum was held with a question: “Do you support the reconstruction of the Crimean Autonomous Soviet Socialist Republic as the subject of the USSR and the member of the Union Treaty?” Hence, the referendum was questioning the decision of 1954 about the transfer of Crimea to the Ukrainian SSR. 93.26% of Crimean population voted for the reconstruction of the Crimean Autonomous Republic. Thus, the referendum was an attempt of the civil society to decide the fate of Crimea on its own, without being conditioned by the opinion of the power-holders. The referendum of 1991 was undoubtedly the first step in Crimea's return into the Russian Federation.

The events of August 1991 spurred the acceleration of the political process. On December 1, 1991 at the all-Ukrainian referendum, 54% of Crimeans voted for independence of Ukraine. However, there was a violation of Article 3 of the Law of the USSR concerning the procedure of secession of a Soviet Republic from the USSR, according to which the Crimean Autonomous Soviet Socialist Republic was to hold a separate (All-Crimean) referendum on its stay in the USSR or in the seceding republic - the Ukrainian SSR.

The Yeltsin Factor: So be it!

By the end of 1991 the union administration was nearly un-functional; neither could Crimea count on any assistance from the then Russian government. In December 1991, in Belovezhskaya Pushcha the agreement on the Soviet collapse was signed. In this regard, there is a curious story by Sergey Khrushchev, the son of the former leader of the Soviet communists (in an interview to Komsomolskaya Pravda) telling about the circumstances of the events. According to the first President of Ukraine Leonid Kravchuk, says Khrushchev, when, in December 1991 in Belovezhskaya Pushcha the decisions on the liquidation of the USSR were made, he (Kravchuk), had a knot in his stomach the whole time, thinking: What about Crimea, what will be the decision? It's kind of Ukrainian, but not quite. ... And so just before the agreement signing Kravchuk addressed Yeltsin: “Boris Nikolayevich, what shall we do about Crimea then?” And Yeltsin, apparently, was not up to giving it much thought. His mind was completely set on how to finish off Gorbachev, and besides, it was about dinner time... So he waved his hand and told Kravchuk: ‘So be it, take it!’ … If Yeltsin hadn't said so, Kravchuk would be happy to have Ukraine even without Crimea. He did not even dream of Crimea. And yet he received such a royal gift from Yeltsin who, as it turns out, did not care about Crimeans.

As it is known, later Leonid Kravchuk dissociated himself from his Crimean initiative. However, as S. Khruschev believes, it doesn't change the key issue: “In any case, it was Yeltsin to decide the transfer of Crimea from one independent state to another. Let's suppose, he never told Kravchuk, “So be it, take it!” But Yeltsin could easily say “You don't let me have Crimea? Then I refuse to sign the agreement.” That's all. As simple as that. Do you think Kravchuk would say he does not want Ukraine without Crimea? I highly doubt it ....”

This process reminds one of the Indian independence movement under the leadership of Mahatma Gandhi. It perfectly fits into the strategy well known to historians: pressure - compromise - pressure, where each cycle reinforces the tendency towards the consolidation of society on the platform of sovereignty.

Crimea's sovereignty movement was a spontaneous process, while the anti-constitutional coup in Kiev provided the impetus for the transition of quantitative protest changes into the qualitatively new state - the implementation of the freedom of historical choice (as per definition that Mikhail Gorbachev gave to the developmental trajectory of then socialist countries of Eastern and Central Europe).

Russia's support in holding Crimean referendum pursued the only purpose - to prevent the possible foreign intervention and to fix the real balance of powers on the Crimean land, which essentially reproduced the situation that followed the referendum in the republic in the beginning of 1991.

India’s position: Why it Matters

Many analysts were intrigued to learn the standing of such an influential member of the international community as India on the Crimean issue. At the same time, Western analysts were quoting New Delhi's statement about respecting Russia's legitimate interests in Crimea, along with India's traditional support of preservation of the unity and territorial integrity of the states. In my opinion, there are two circumstances that explain the position of the world's largest democracy towards the events in and around Ukraine.

Firstly, it was India's awareness of the artificiality of escalation of the Ukrainian crisis and the understanding that its trajectory was mapped out by external forces. In this context, Russia, the country that was beginning to find its voice in world politics, was pragmatically considered a necessary tool for a new, polycentric global architecture, which did not provide for India's participation neither in Pax Sinica, nor in Pax Americana as a subordinate partner. India as an independent center of the international system is a long-standing strategic objective of the country's ruling elite.

Secondly, a good understanding of the political and economic history of the Soviet Union. Influential Indian experts and advisers to the top leadership, M.L.Fotedar (February 1990) and P.N.Haksar (February 1991), first drew the author's attention to the confederal nature of the Soviet Constitution. And it was one of the most influential historians of India, Ravinder Kumar, who told me more than once about the possibility of the legitimate collapse of the Soviet Union due to the nature of the Basic Law of our country. It was after the collapse of the USSR that Ravinder Kumar mentioned the possibility of Gandhian-type movement emerging in Crimea.

Possibly, it is a comprehensive assessment of the special status of the peninsula within the USSR that prompted the then Prime Minister of India Manmohan Singh to tell President Vladimir Putin about India's respect of Russia's “legitimate interests” in Crimea on the March 18, 2014. If the author's reasoning regarding the legitimacy of the referendum of March 16, 2014 is correct, the Republic of Crimea being part of the Russian delegation during the Russian President's visit to India in December 2014 does not look random.

Naturally, the West has the right not to recognise the Crimean reality. Historically, our country faced this type of situation more than once. We have not forgotten how to hold a pause, and this quality is one of the most effective tools of diplomacy. For Russia and Russians, it is important to take into account the past experience and learn to respect the proper laws, because such respect is the token of our moving forward into the future.