To celebrate New Year properly, break out the fur coat for your herring 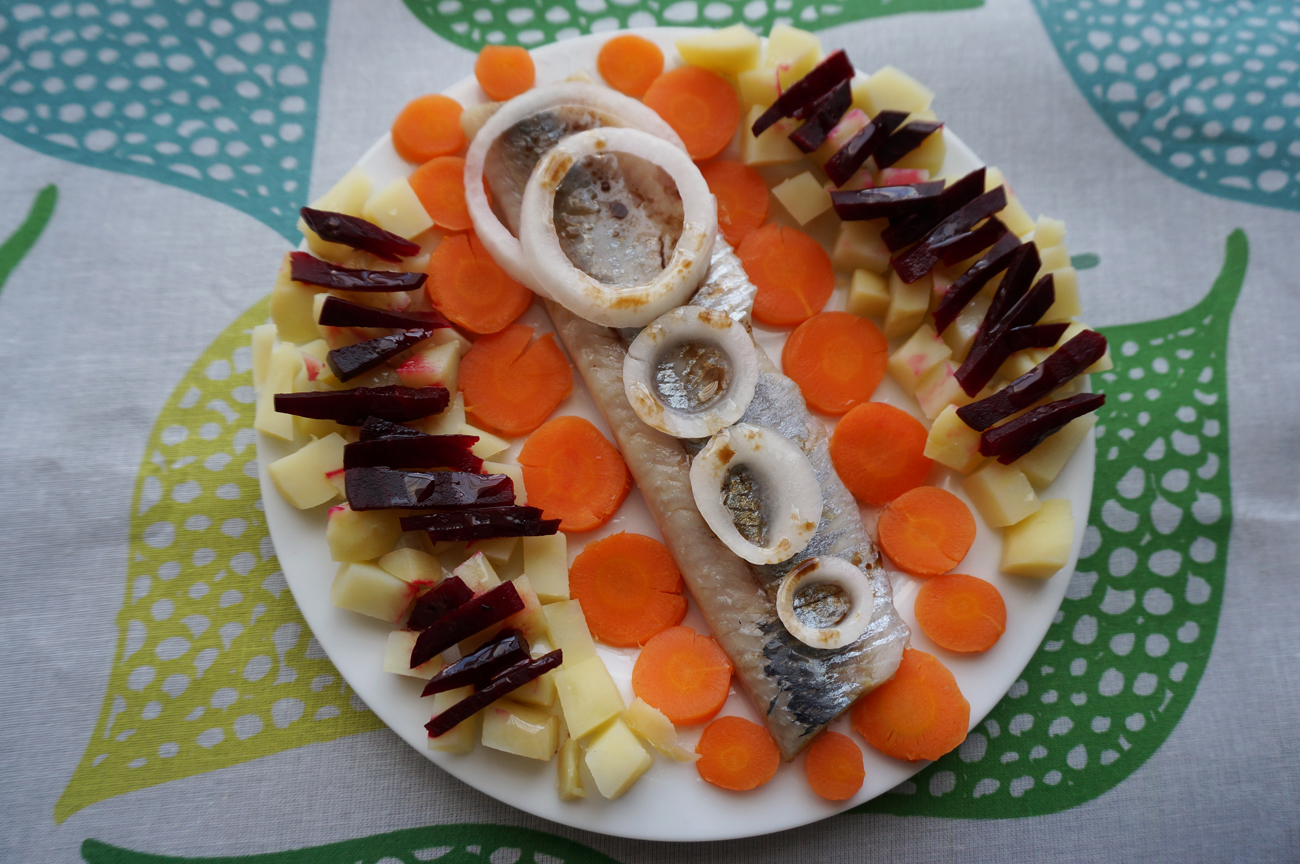 Anna Kharzeeva
The Soviet party staple “herring under a fur coat” is still a requirement for a real New Year’s table.

“Do you own a herring plate?”

“OK, then just arrange the herring and vegetables nicely on it for the photo.”

Granny and I were talking about a famous Soviet dish – selyodka pod shuboi, or herring under a fur coat, the “fur coat” being potatoes, carrots, eggs and beets with mayonnaise. I had to disappoint Granny by telling her that I don’t actually own a herring plate – a staple in the home of any self-respecting Soviet housewife -- neither in my relatively new home in Tbilisi nor in storage in Moscow. It might just be that I will never own one.

In fact, herring and I don’t have that long a history. The first time I made herring under a fur coat was just a year ago, when friends from Australia were having a party and asked the guests to bring some Russian or Soviet dishes. Another Russian friend and I were quite amused and found the experience of “dressing” herring to be a fun, if slightly alien one. 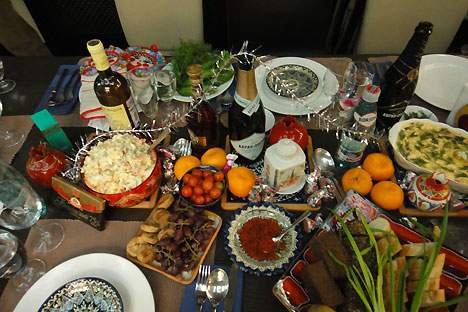 In my memory, there was always herring under a fur coat at the New Year table, and I recall a few “ohs!” and “wows!” from the guests directed at it. I thought it became part of the Soviet table as soon as the Soviets took power, by order of law, but I was wrong. In fact, even the 1952 edition of the book doesn’t have the exact recipe for it – what it lists is very similar, although the herring is still “naked” and the “fur” is just lying around it waiting to be worn.

“The meal is relatively new, it came about when I was already an adult – I’m pretty sure my mom’s generation never made it,” Granny told me. “It was around the time when there was slightly more food available, and people had a little more money, so they could ‘dress up’ the herring, which had always been there. The recipe went around Moscow very quickly – it was shared in offices and lines – lots of recipes were shared by people waiting in lines! Once everyone knew the recipe, it became a ‘must’ meal for any festivity, and completely replaced the boring herring with onions.”

Festive cooking is an art developed by the Soviets to perfection. Any table around New Year’s eve risks collapse from all the herring under a fur coat, Olivier salad, vinaigrettes and other Soviet delicacies. Looking at this feast, you would never know there was nothing available in the shops: “foreigners used to be amazed at how full a festive table would get: ‘but there is nothing in shops! How did you manage this?’, they would ask. Well, we would procure the ingredients somehow: through work, canteens, queues. We had a saying: ‘в магазина пусто, в холодильник густо!” Granny said.

My Armenian aunt in-law told me that before the New Year’s holidays, she would start shopping for eggs and flour weeks in advance and then store everything in a cold room. “it would be impossible to get anything close to the holiday!” she said.

The art of procuring ingredients might be mostly redundant these days (although some Brie on the table requires finding a friend traveling from France...), but the tradition of testing the table’s legs is still very much there, whether it’s herring, turkey or the “meat-in-a-pot” dish, zharkoe.

I take my hat off to all the Soviet housewives who managed to create a festive table and mood no matter what! May their herring plates always be full! 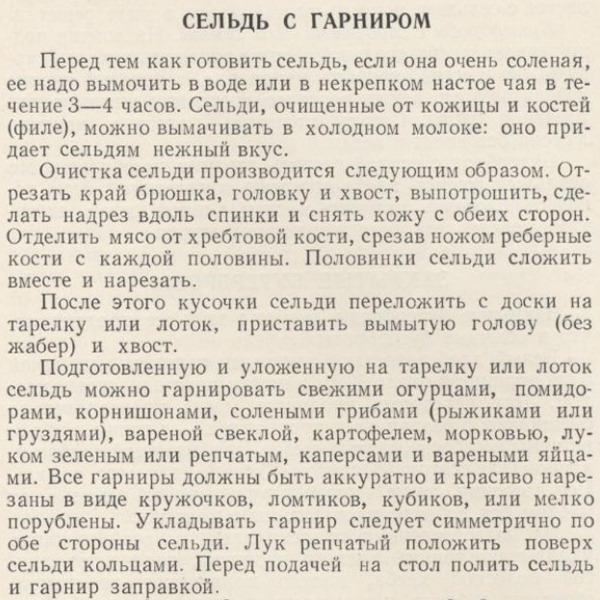 The recipe from the Soviet Cook Book, page 54

If the herring is very salty, it must be soaked in water or of weak tea infusion for 3-4 hours before cooking. Herring fillets can also be soaked in cold milk, which tempers the taste of the herring.

Clean the herring as follows: Cut the edge of the abdomen, gut the head and tail, make an incision along the back and remove the skin from both sides.

Separate the meat from the spinal bones, cut the rib bones in half with a knife. Put the herring halves together and slice.

After that, move the pieces of the herring from to a plate or tray. Wash the head and tail. After preparing and laying out the herring, it can be garnished with fresh cucumbers, tomatoes, pickles, salted mushrooms, boiled beets, potatoes, carrots, onions (green or bulb), capers and boiled eggs.

All these garnishes must be carefully and beautifully cut into slices, cubes or finely chopped. The garnish should be displayed symmetrical on both sides of the herring.

Put rings of onion rings on the top of the herring. Before serving, pour sauce over the garnish and herring.