Mimosa salad: Brighten up your dinner table with this Soviet classic 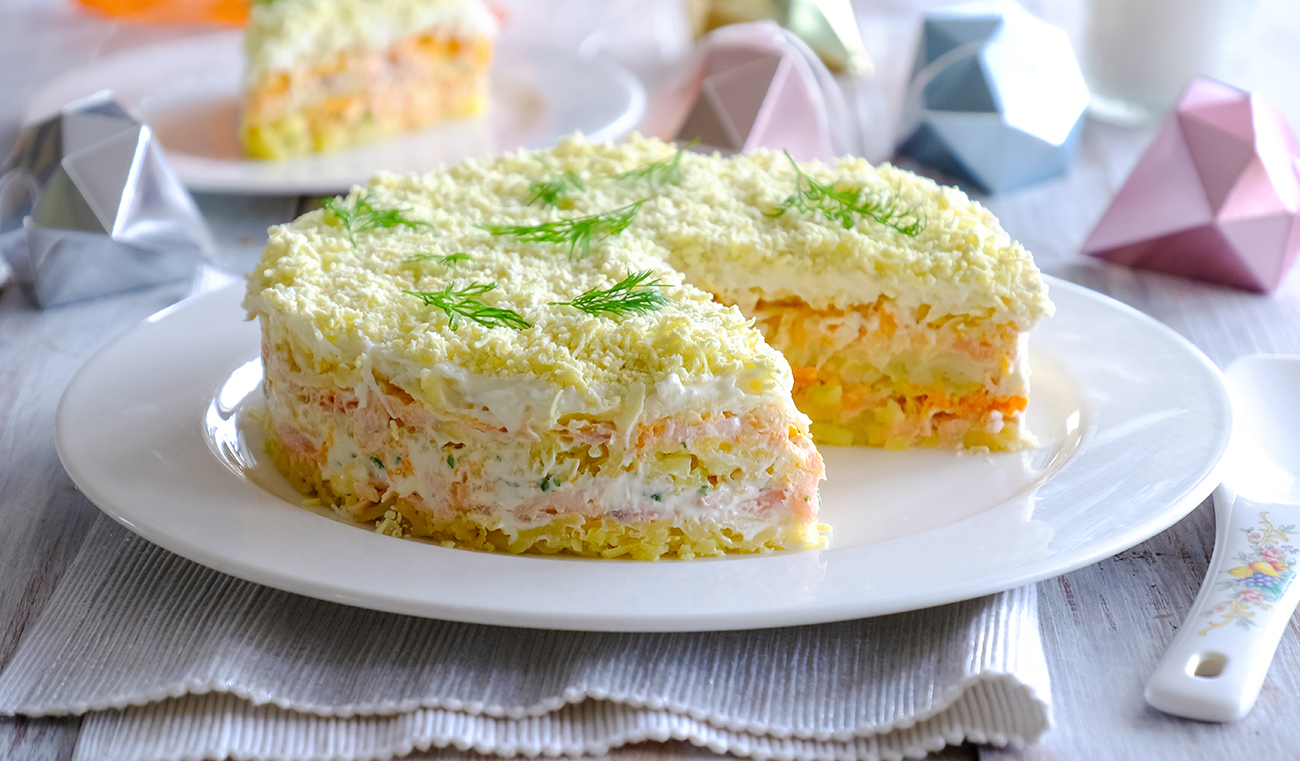 Soviet-era shortages forced cooks to be resourceful to impress guests.

Vostock-Photo
Named after a popular spring flower, mimosa salad is now a festive dish for any time of the year.

While the mimosa flower has been a traditional symbol of spring and gift on March 8 International Women’s Day, the mimosa salad is now a common dish for the winter months, especially on New Year’s, because the recipe doesn’t require fresh vegetables. Nevertheless, it’s associated with the first Russian spring holiday, a time when the snow has yet to melt completely. 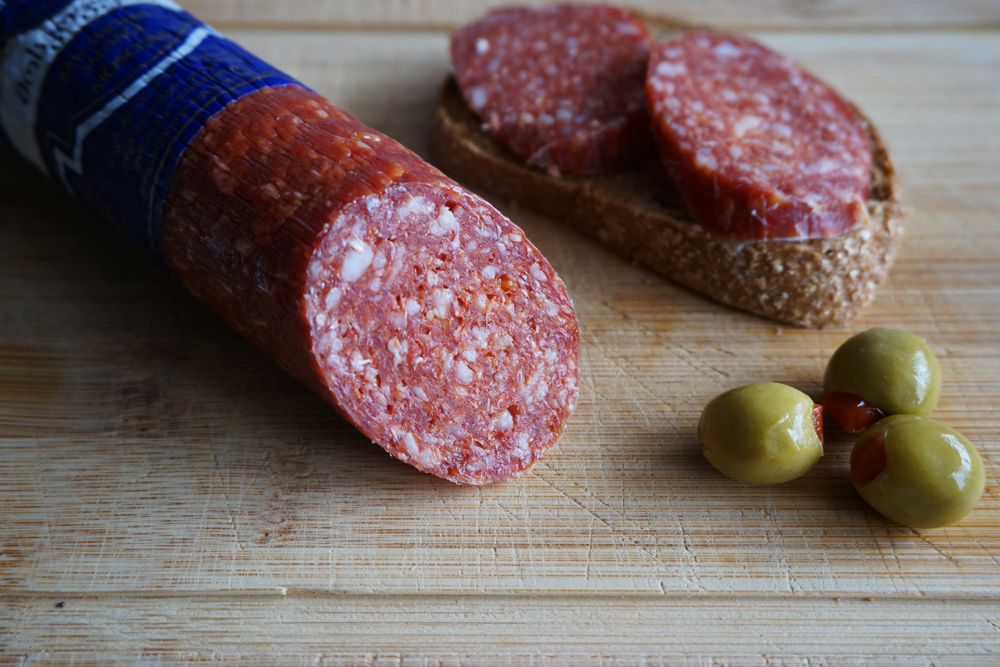 The mimosa salad first appeared in the Soviet Union in the early 1970s, and its name owes to the tender spring flower owing to the fact that it’s equally delightful to the eye with a bright yellow color.

This salad’s creation was a major relief for cooks living in tough Soviet times because most ingredients were cheap and easy to find. Today, practically every café and restaurant in Russia proudly serves this salad, and few can resist it. Mimosa has a prominent place in Russian cuisine.

Canned sea-fish was not common in the 1970s, but the average Soviet family could get it as part of a special food basket “order” (“zakaz” in Russian) – this was a set of food items in short supply that citizens could only get through their job, especially before major state holidays. 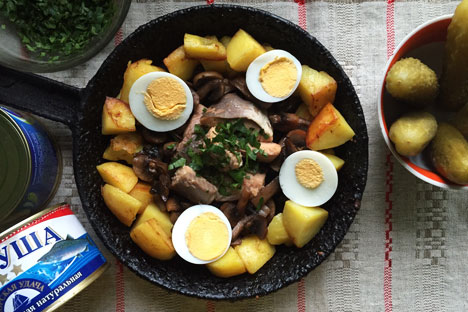 The canned miracles of communism
By the 1980s, canned fish was more common and cheaper, and mimosa salad became a popular festive dish, especially because it was pleasant to look at and full of nutrients.

Preparing this salad requires an eye for detail, and it’s important to place the ingredients onto each other in order to avoid mixing and to ensure a variety of tastes. Mimosa looks most impressive when served in glass bowls, giving the diner a view of each layer.

1. Cook the potatoes and carrots for 20 minutes, and the eggs for 10 minutes. Peel the cooked potatoes, then grate them, add salt to taste. Place the potatoes onto the bottom of the salad bowl as lower layer, then cover with mayonnaise.

2. Drain the liquid out of the tin, then break the fish with a fork, removing large bones if necessary. Place the fish onto the potatoes, cover with mayonnaise.

3. Shell the eggs, separating the yolks from the whites. Break the whites with a fork, adding a pinch of salt, put them onto the fish as the next layer, which should also be covered with mayonnaise.

4. Chop the onion, treat it with boiling water for 5 minutes. After draining the water, add a pinch of salt and put the onion onto the eggs, cover with mayonnaise. Peel the carrots, grate them and put onto the onion, adding salt and covering with mayonnaise as before.

5. Grate the cheese, place it on the onion, add a pinch of salt. This layer does not require much dressing, unlike the previous ones –steam the surface with a mayonnaise net.

6. Grate the yolks, add a pinch of salt, and use them for topping the salad. You can also decorate the dish with some dill.