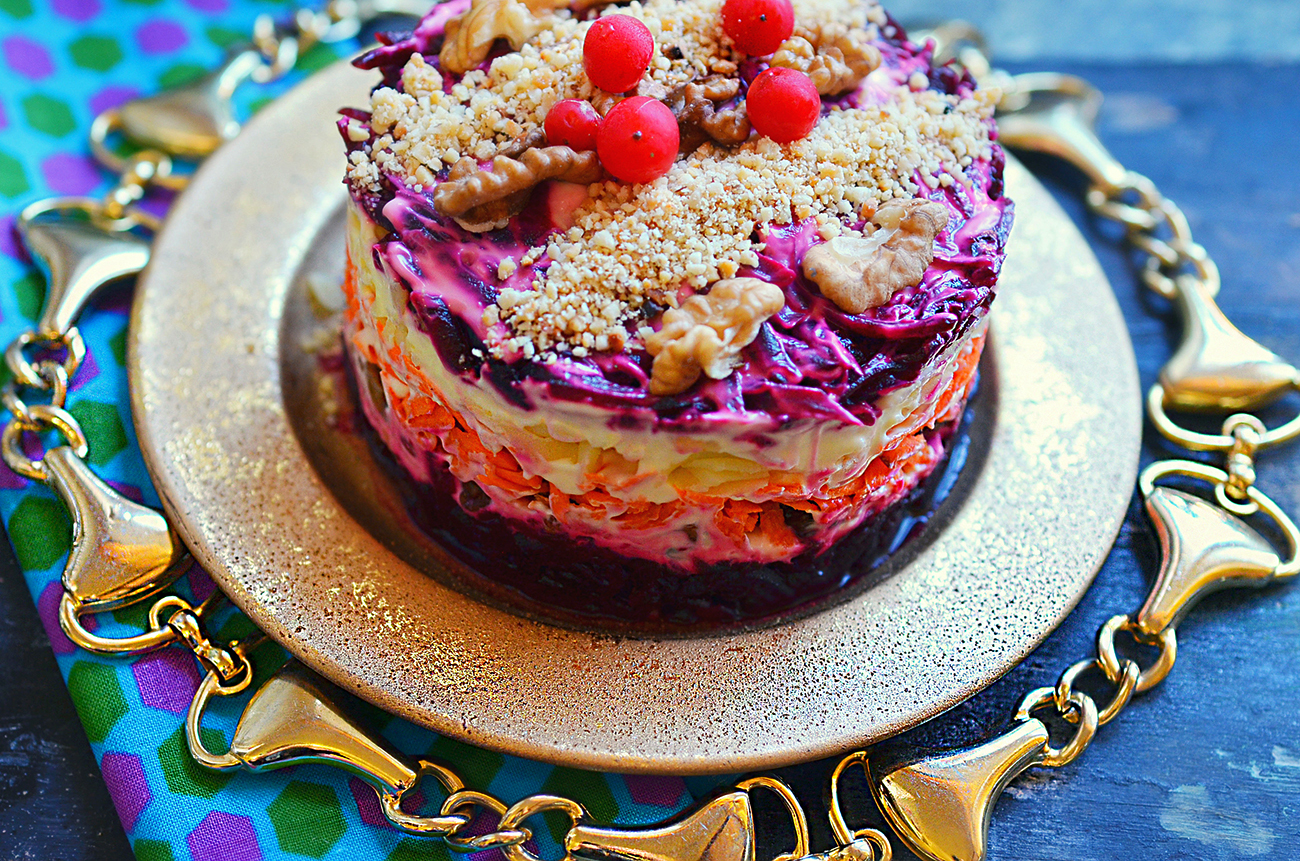 If your husband is looking for a mistress - just serve one up for him!

http://forum.prokuhnyu.ru/
Walnuts and dried fruits are known to be natural aphrodisiacs, but did you have any idea that beetroot and garlic are also? Well, these ingredients come together in one passion-provoking salad! 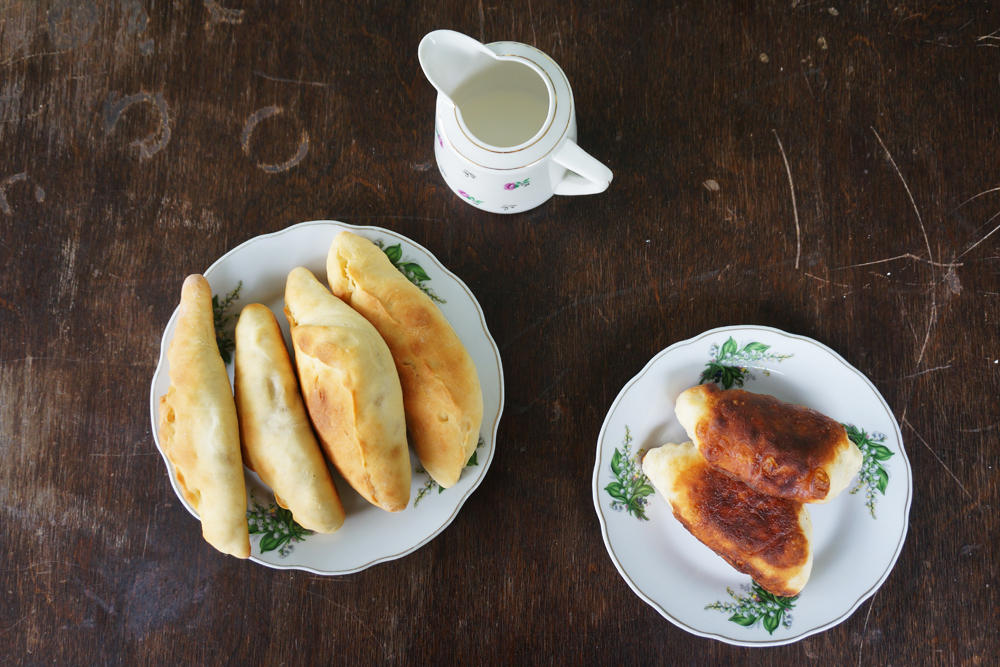 Pirozhki: A labor of love
Diehard foodies are first surprised by the provocative name of this salad — Lyubovnitsa — which can be translated as “mistress.” This nourishing salad, made of vegetables and dried fruits, was a temptation that Soviet foodies could hardly resist.

In Soviet times, there was no special fashion for aphrodisiacs, and in fact, few people were even aware of such things. Everyone, however, knew the saying, “the way to a man's heart is through his stomach.” Most Soviet women shared this point of view and did their best to impress their man with delicious meals. 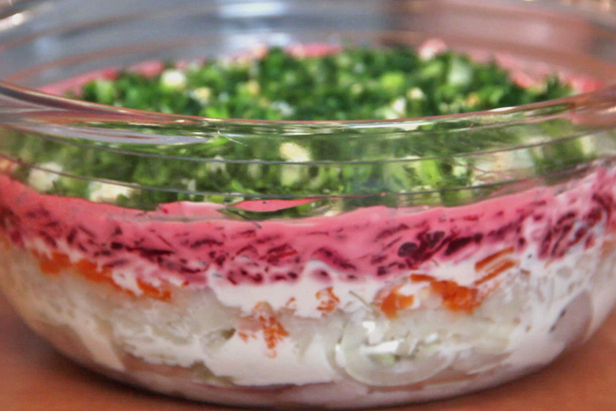 Dressed herring, the weirdest Russian dish
It’s quite difficult, however, to say what was more impressive — whether each ingredient’s stimulating qualities, the salad’s unique taste or its provoking name. Lyubovnitsa was suitable for both a romantic supper and a collective festive occasion, and introducing this dish to guests was a good way to impress them, gaining the reputation of an open-minded and original cook.

Funny as it may seem, but some housewives considered this salad’s name too immodest, so in some recipes it has a more humble name, but not without a hint of the amorous — for instance, ‘Beloved,’ or ‘Tenderness and passion.’

Along with several other provocatively-named dishes, such as the salad, Iskusitel (Seducer), or the cake, Potselui negra (African’s kiss), Lyubovnitsa was a bright word in any Soviet cookbook, and gave a feeling of pride to everyone who had knowledge of the recipe.

1. Cook the beetroot for 40 minutes. Soak the raisins in cold water for 20 minutes. While these ingredients are being prepared, grate the raw carrots.

2. Pat dry the raisins with a paper towel, preventing them from being too wet, and then mix with grated carrot. Finally, cover the layer with mayonnaise.

3. Grate the cheese and garlic, and mix, adding salt to taste. Put the mixture onto the carrot layer, also covering it with mayonnaise.

5. Cover the salad with mayonnaise and the remaining chopped walnuts. Place the large walnut pieces along the edges of the top layer – this prevents the juicy layer from dripping. The middle part of the topping may also be decorated with chopped walnuts, as you prefer.