Tvorog: Let’s get "creative" with Russia’s most popular dairy product 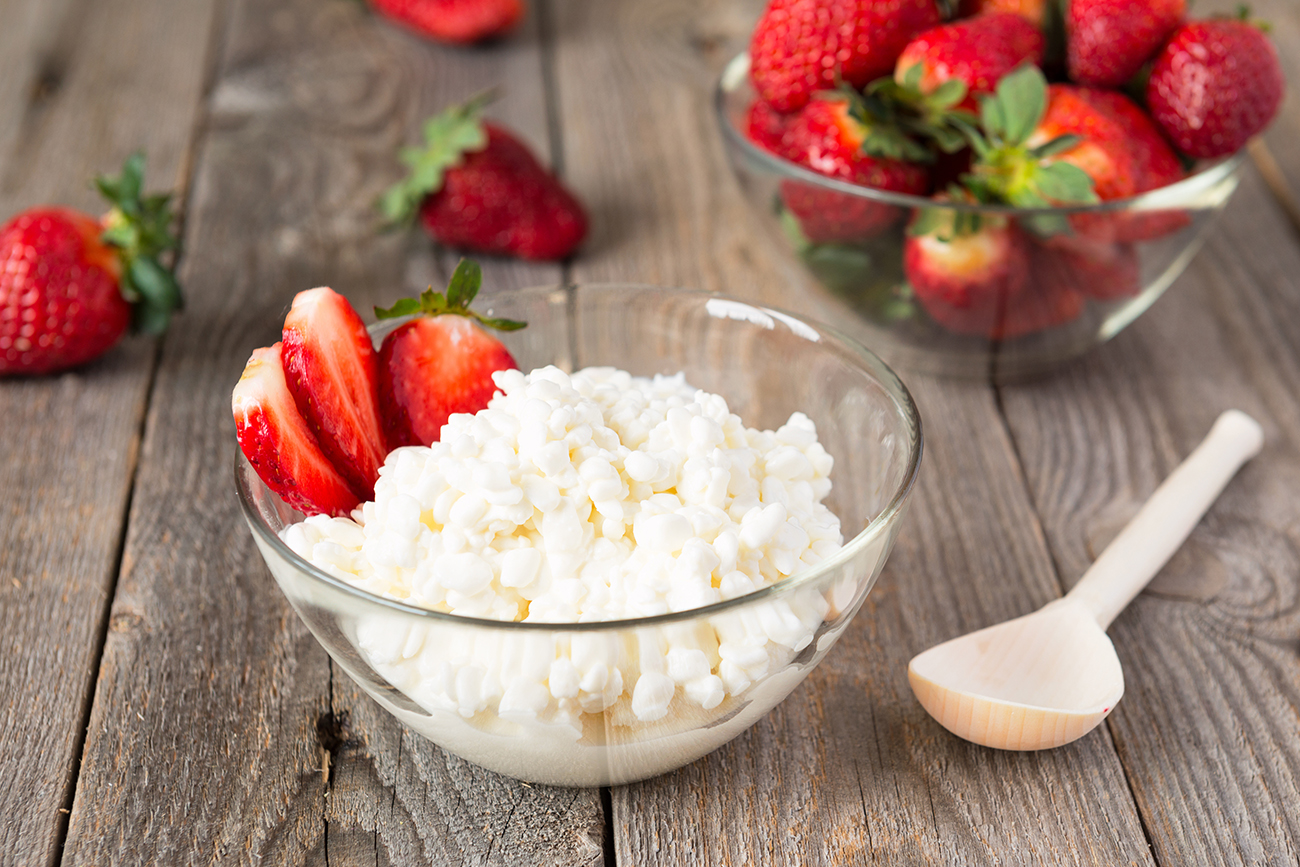 Most fittingly the name derives from the verb "tvorit'" - "to create".

Legion Media
Tvorog can rightly be called the most "creative" of Russian dishes. Perhaps no other food possesses such a large number of exceptionally health-giving properties and such a wealth of nutritious substances, vitamins and minerals.

I have adored tvorog since I was a child. My mother told me to eat tvorog if I wanted my bones to be strong and my teeth to be sharp. And I didn't need much convincing. I used to devour the snow-white substance with enormous pleasure. Practically all Russians love tvorog and anything made with it. The possibilities are endless.

Russian cuisine is famous for baked goods, and among the most popular are the vatrushka - rings of dough with a tvorog filling in the middle. They’re an indispensable feature of Russian teatime. 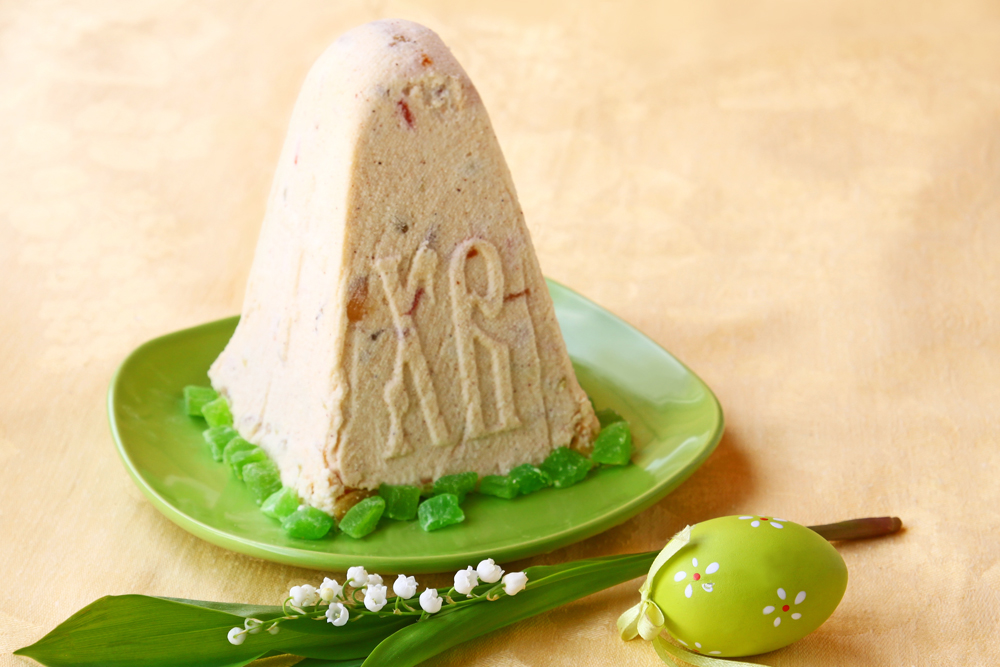 Paskha: The dessert that shares its name with a holiday
Apart from kulich cake, the festive table for Orthodox Easter includes a dish that in Russian means "Easter" - paskha. It is a block of tvorog in the form of a truncated pyramid symbolizing the Holy Sepulcher. Paskha is made from strained tvorog, cream, eggs and sugar, with the addition of raisins, dried fruits and nuts.

Alongside the Russian favorite of pelmeni (meat dumplings that resemble ravioli), there is a dish prepared in a similar way, except that the meat filling is replaced with tvorog, potatoes or berries. They’re called vareniki and, in my opinion, the best vareniki are made with tvorog.

Tvorog is an ingredient of many other dishes. I have much fondness for the tvorog pie that is regarded as the ancestor of American cheesecake. There’s a theory that the recipe for this dessert, which has now conquered the world, came to the New World with immigrants from Eastern Europe. Over time it underwent a number of changes to become the dish we know today. 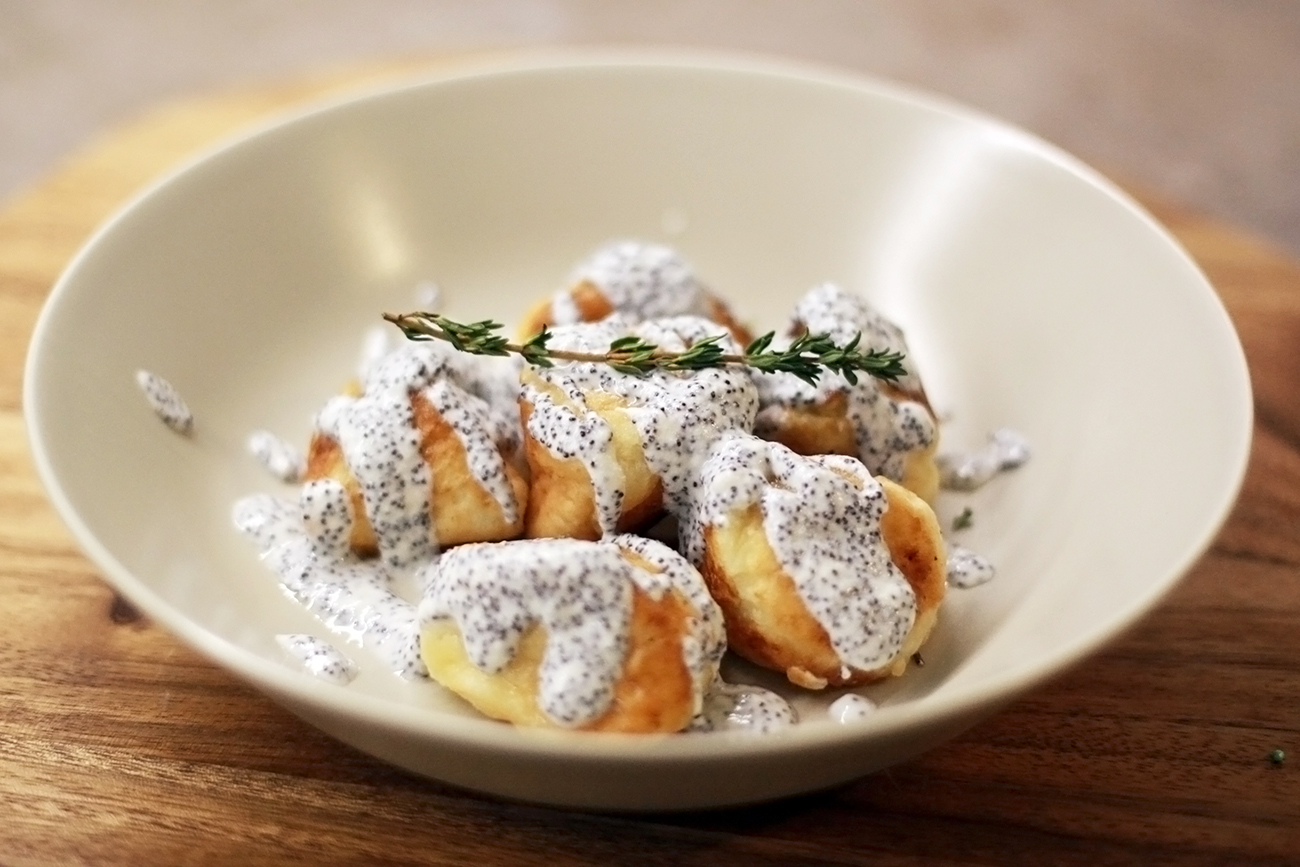 Why do Russians obsess over tvorog?
Tvorog basically consists of the solid part of cultured milk in its pure form without any additives, and it’s up to you whether to make it sweet or savory. It can be mixed with sour cream and jam or honey - the result is a great-tasting dessert with a huge amount of healthy vitamins and minerals. I personally prefer it savory, adding finely chopped garlic, parsley and dill, and soften it with low-fat soured cream.

After getting a uniform consistency, I spread it on dark sourdough rye bread and top the sandwich with some herring. My wife initially found this way of eating tvorog peculiar and said she wouldn't eat it like that for anything. But one day I caught her making sandwiches using my recipe: she had tried it and come round to the view that it was tasty and interesting. 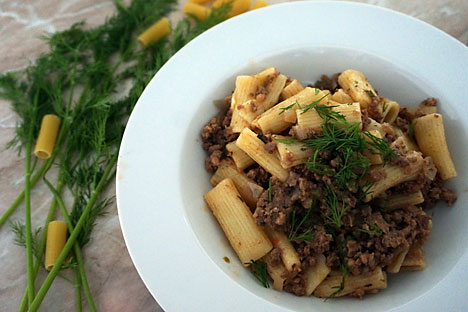 Makarony po-flotsky - the meal the sustained the Russian Navy
Another one of my favorite quick dishes is pasta with tvorog. I toss the tvorog, garlic and herb mixture with durum wheat spaghetti or penne. The only difference is that it’s better to use olive oil instead of sour cream, and finely chopped capers can be added for more flavor.

The good thing about tvorog is that its high concentration of protein and nutritious components makes it a health food that is easily digested. It’s particularly good for growing children and athletes engaged in strenuous activity. The bacteria in tvorog have a positive effect on the gut’s microflora. But these bacteria are absent from ordinary cottage cheese - they have to be sacrificed for the sake of lengthy storage.

I have even heard that tvorog has an effect on the nervous system, acting as a sort of homemade anti-depressant. I can't vouch for the veracity of such claims, but every time I have some tvorog, or eat something tasty made of it, my mood markedly improves.

1. Heat the milk to 40-45 degrees Celsius for 20-25 minutes. Then gradually pour in the freshly-squeezed lemon juice. The liquid will start to curdle - white clumps will start to form.

2. Reduce the heat to a minimum, and stir constantly until the curd fully solidifies.

3. Separate the solids from the whey; pour the contents of the saucepan into a colander with muslin placed on top, then squeeze out to drain.