When did the USSR land on the Moon? 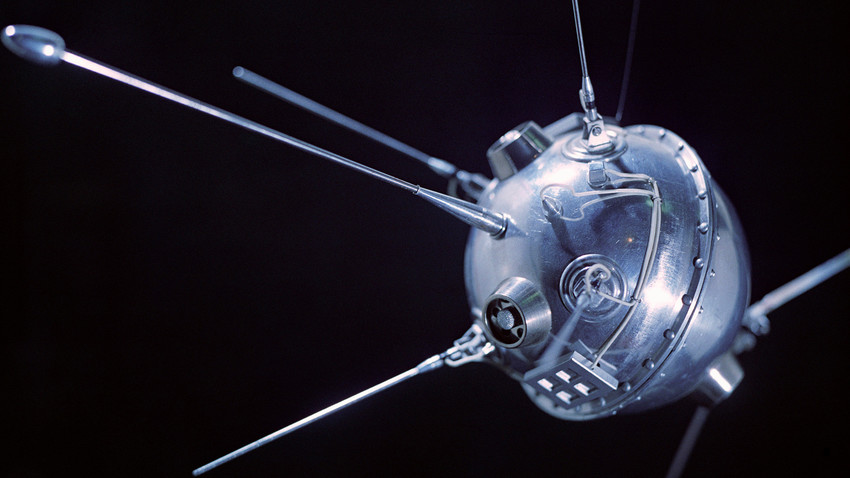 A mock-up of the automatic space station Luna 2.

Alexander Mokletsov/RIA Novosti
It was the first spacecraft from Earth to reach the Moon’s surface.

On Sept. 12, 1959 at 8:40 a.m. the Vostok-L rocket launched from Baikonur cosmodrome, sending the Luna 2 (also known as Lunik 2) space probe into a trajectory towards the Moon. The next day, the probe became the first manmade device to reach the Moon when it made a hard landing.

The Luna 2 carried a pennant with Soviet insignia to the Moon’s surface. The moment of impact was registered by Soviet and foreign observatories, but then the radio signal went dead.

Most likely, neither Lunik nor the pennant survived because it slammed into the lunar surface with a speed of about 12,000 km/h.

On Sept. 15, 1959, Soviet leader Nikita Khrushchev presented U.S. President Dwight Eisenhower with a copy of the pennant as a gift, which is today kept at the Eisenhower Presidential Library and Museum in the state of Kansas.

Read more: The Soviet Moon mission that took the mystery out of Earth's satellite

Russian history moon On this day