3 reasons you should follow the largest Russian-Belarus military drills 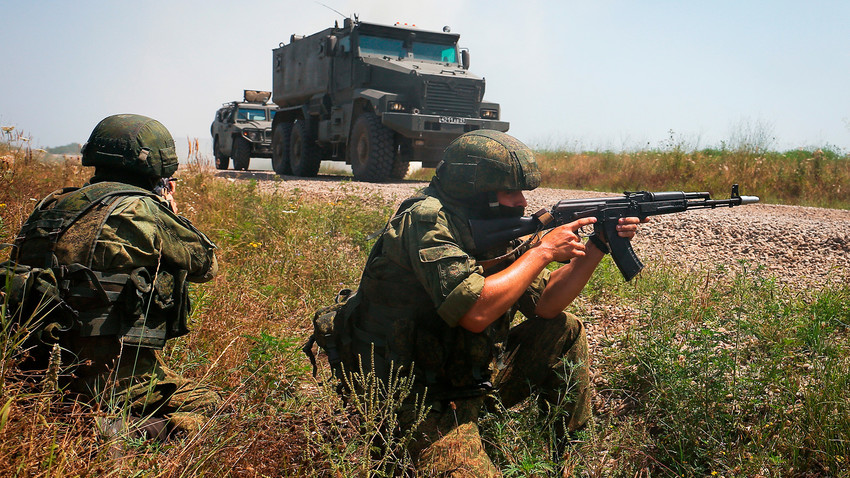 Vitaliy Timkiv/RIA Novosti
The scenario of the military drills reminds one of a Hollywood blockbuster - a group of insurgents organizes a coalition to topple the governments of Russia and Belarus.

1) One of largest Russian military drills ever.

Yes, it’s true - it’s going to be huge! Russia and Belarus bring more than 12,700 active servicemen on battlefields to enhance cooperation during Zapad-2017 military drills (14-20 September) to show the world what they are capable of in dealing with terrorists.

All of that will be monitored daily international media outlets and shown on TV screens as well as on the Internet.

2) You’ll see how the military deals with terrorists

The militants declare three independent states (Veishnoriya, Vesbaniya and Lubenia) on the territories of the countries and then use all their might and firepower to defeat the ruling regimes. But also one of the self-proclaimed states tries not only to topple the government but also to include part of the territories of the neighboring countries.

That’s why Russia and Belarus unite together to fight against an internal threat bent on bringing instability and disorder to Eastern Europe.

The Defense Ministry brings around 700 light and heavy armored vehicles to the scene to eliminate the terrorists. But that’s only the force on the ground.

Besides them, Russia's most powerful naval fleet, the Northern Fleet, will also participate in the drills as well as newest Russian jets and helicopters flying overhead observing the situation.