Russian soldiers to be dressed in Lego-style uniforms 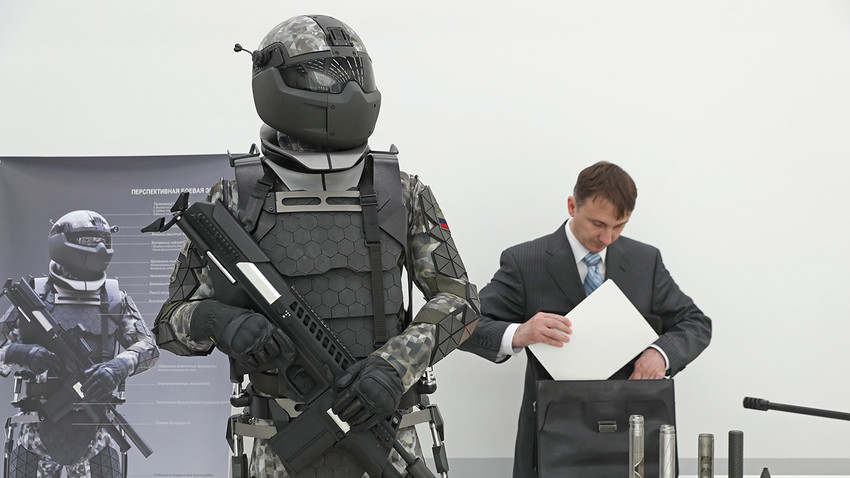 The working title of the new military uniform is "Ratnik-3."

TASS
Russian developers are utilizing the concept of Lego construction toys to create a universal uniform for soldiers of the future.

A new combat outfit is now being developed by order of the Russian Defense Ministry, and will be unveiled by the end of 2017. The working title of the new military uniform is "Ratnik-3."

“We've decided to utilize the idea of Lego construction toys,” said Oleg Faustov, chief constructor at the Central Scientific Research Institute of Precision Engineering (CSRIPE). “At any moment you can add things to the base uniform that are necessary for specific troop categories. We've created a uniform in which soldiers will be comfortable to fight.”

Dmitri Semizorov, head of CSRIPE, said soldiers will start using the outfit only in 15 years.

The new outfit is a continuation of the existing Ratnik uniform. The first version had dozens of elements that could not interact, and sometimes they even interfered with each other. The designers then worked on Ratnik-2, which was never completed. Ratnik-3 will not have the earlier defects.

Semizorov said each new Ratnik generation is lighter, has better technology and new functions. The outfit's exoskeleton is a special carcass that helps servicemen move much faster and hold up to 100 kilos.

The designers propose two types of exoskeletons for the new outfit. Both have already gone through initial testing and are controlled by a bi-directional neuro-interface. It receives a signal from the body, and then reacts to this signal by strengthening itself or relaxing.

Another novelty is the "friend-enemy" detection system built into the helmet.

The helmet will also be equipped with a system for evaluating a soldier's physiological condition, and the combat outfit will have a climatic adjustment function, meaning that it will be able to protect the soldier from changes in temperature.

“The outfit is suitable for temperatures ranging from -50 to +50 degrees Celsius,” said Faustov. “There are also summer, mid-season and winter versions of the outfit. In the future we will build a system that will analyze a serviceman's condition, and then warm, ventilate and cool him accordingly. For now, special attention is given to radiation, chemical and bacteriological protection, and protection from electromagnetic radiation.”

The outfit will also contain a system for providing first aid if the soldier is wounded.

Authorities began developing the future soldier's uniform at the end of the 1970s and early 1980s. By that time the U.S., the UK, West Germany, the Philippines, China, United Arab Emirates and Japan had ultra modern combat outfits. The first Ratnik uniform was tested in 2012.