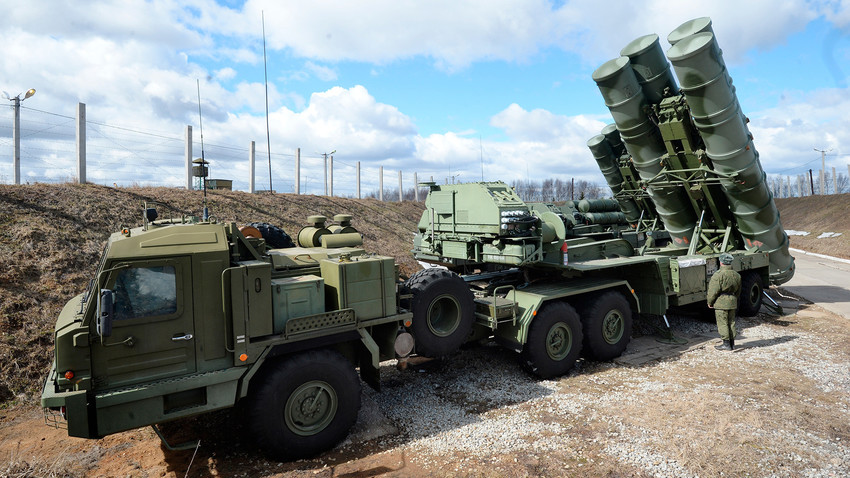 The Kremlin announced Sept. 12 that it had concluded one of the biggest ever negotiations with a NATO member: Turkey, which now becomes the second country in the western military alliance to get a Russian anti-ballistic missile system.

"The contract has been signed and it is about to be executed. As you may know, S-400 is one of the most complicated systems consisting of a large set of technical components, so there are quite a few nuances," Vladimir Kozhin, Russia's presidential aide for military-technical cooperation, told Russian news agency TASS. "I can merely guarantee that all of the decisions made under this contract strictly agree with our strategic interests."

However, he added that Turkey would have to wait for some years until the system is delivered.

"I would like to point to one significant factor: There is a waiting list of likely buyers eager to have this system. It’s Southeast Asian and Middle Eastern countries and some CSTO [Collective Security Treaty Organization; a Russian-backed military alliance. RB] member-states. There are many applications. A number of countries have taken a specific interest in this system," Kozhin said, pointing out that these contracts have already put a heavy workload on arms manufacturers and the delivery date of the S-400 Triumph system to Turkey is not yet clear.

Why armies buy this weapon

In the beginning of XXI century, Russia created an anti-aircraft heavy hitter. It was named S-400 Triumph or, as NATO countries call it, a "Growler".

This newborn weapon fast became a heavyweight in the world of anti-ballistic missile systems with its capacities to detect enemy rockets, jets, bombers, helicopters - all aerial attacking systems at distances of up to 360 miles.

These radar-based systems were not "unidirectional" like some others, but allowed for the detection of every "bird" coming or leaving from a 360-mile circle.

This was its key feature, as its nearest competitor, the American MIM-104 Patriot, provided for only 110 miles of visibility from one direction.

Both systems can eliminate all modern and possible aerial targets.

But the "Growler" starts doing that at distances of 240 miles and so today, not even upcoming fifth-generation fighter jets and bombers can pass through it undetected.

These two features became the key reason for China, India, and Turkey to become the first in a row to get the notorious protection system that costs around $500 million for one division (eight launching machines plus support units).