Is the Terminator coming? Artificial intelligence frightens both Russians and Americans 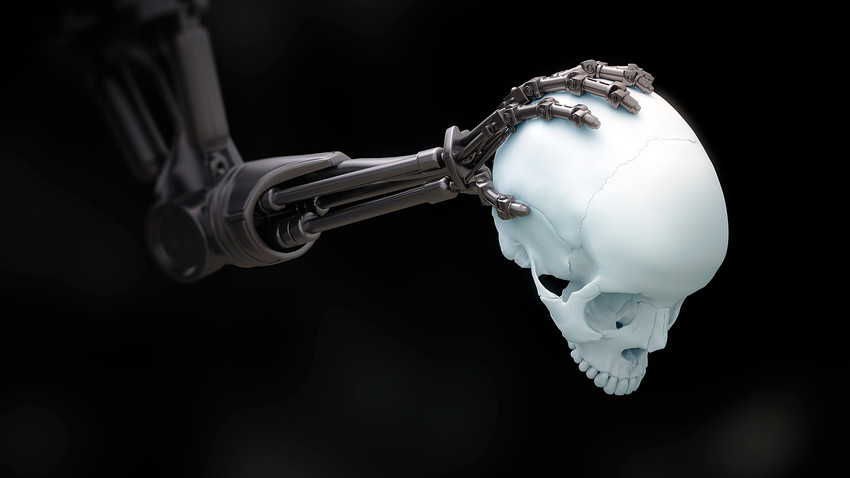 People are afraid the artificial mind will supplant humans and radically alter our world.

Getty Images
Americans and Russians are united by a fear of artificial intelligence (AI), and a majority of people in both countries believes that AI will drastically change our lives for the worse in the not-so-distant future, according to the recent research.

People do not believe they’ll get along with advanced technology, known simply as because they’re afraid that the artificial mind will supplant humans and radically alter our world. According to a survey of participants at the international , VisionHack 2017, only 16 percent of Russians and 15 percent of Americans believe that peaceful coexistence is possible.

"The study is one of the first attempts to analyze the opinions of Russians and Americans on one of the most important issues of our day," said Olga Uskova, president of Cognitive Technologies and a co-organizer. "As a developer of AI systems, we want to understand the public’s attitude."

Around 22,000 Russians and 5,7000 Americans participated in the survey. The average age of respondents in Russia was 27 years, and 29 years in the U.S.

Despite the gloomy outlook, people still hope that perhaps robots can improve the environmental situation, as well as provide mankind with energy and food; more than 50 percent of respondents in both countries are relying machines to help solve these issues.

The ability of AI to resolve military conflicts, create paradise on Earth and solve the problems of life expectancy and immortality is questionable, however. Only 4 percent of Russians and 16 percent of Americans believe that AI can help to achieve global peace, and happiness. 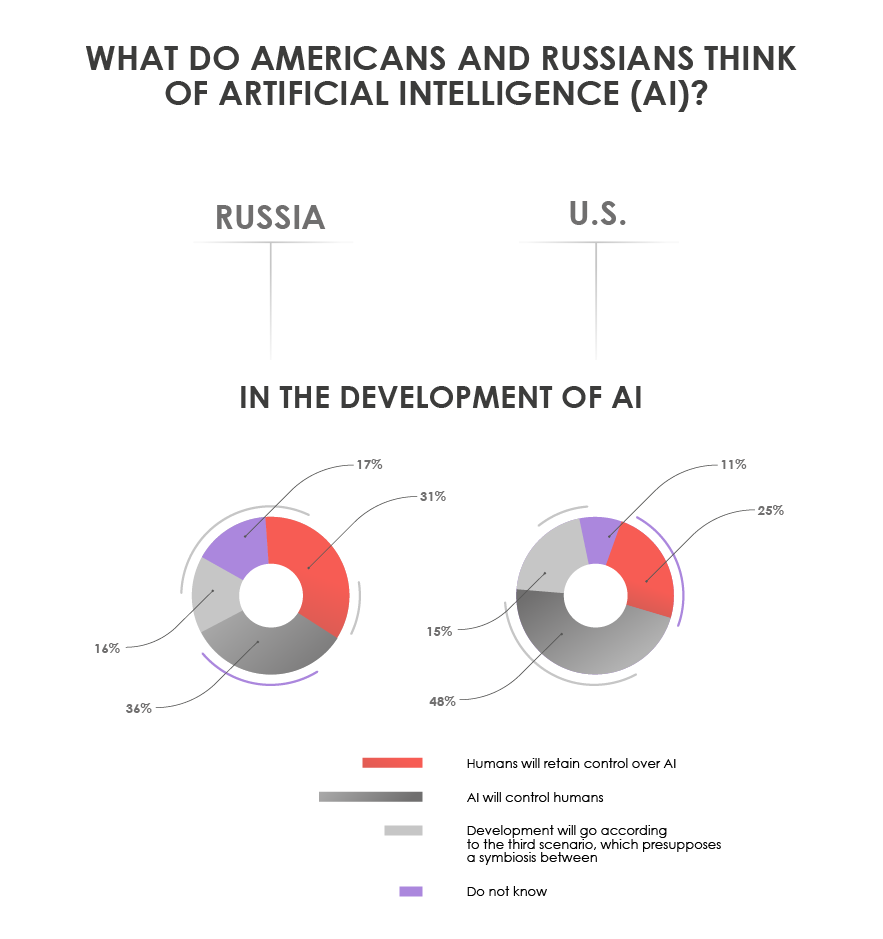 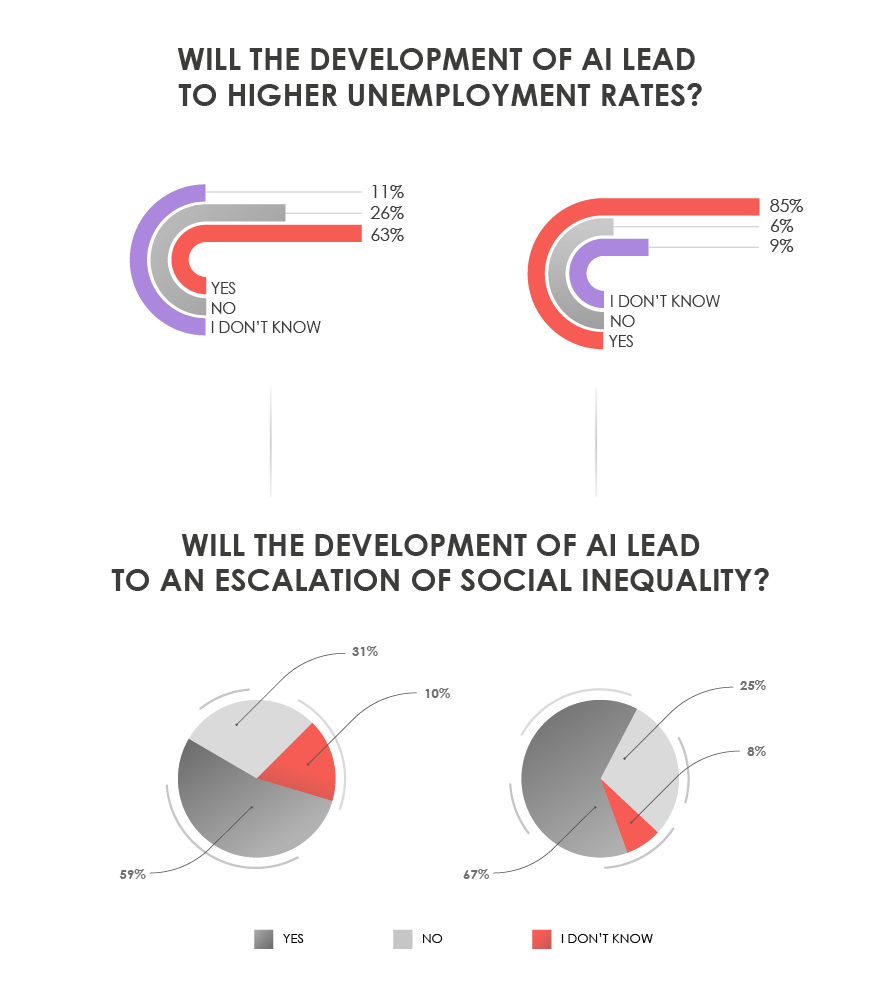 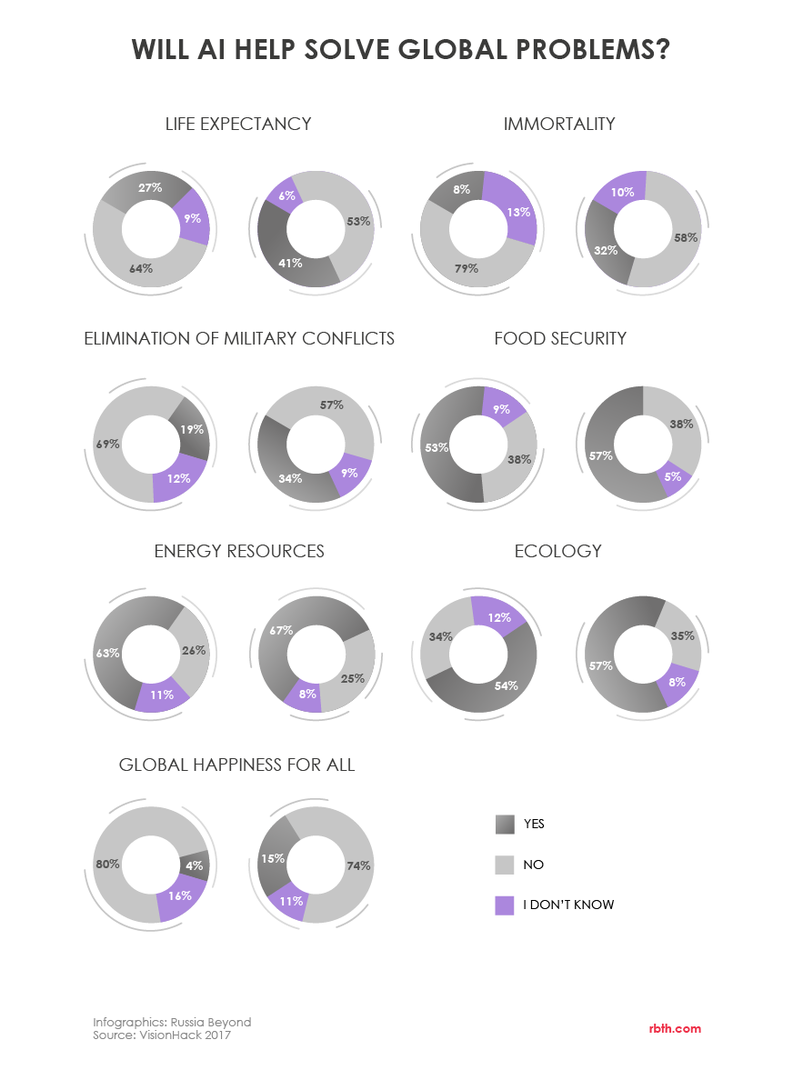 What do Russians and Americans think of AI?