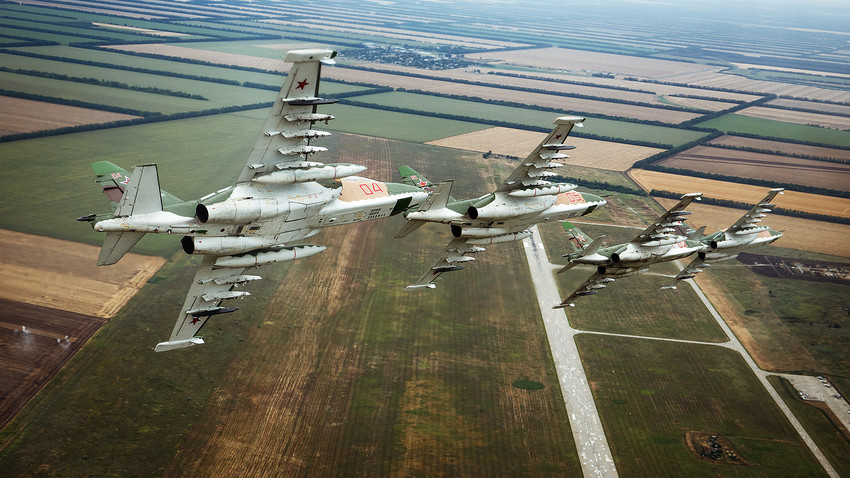 Vitaliy Timkiv/RIA Novosti
New updated aircraft makes the grade after impressing during battles in the Middle East against ISIS.

The latest modification to the Russian military’s Su-25SM3 Grach (Rook) aircraft has been greenlighted. This close air-support unit for the Ground Forces was successfully tested during Russia’s campaign against ISIS in Syria alongside its “big brothers,” the Su-34 and Su-35S.

But unlike its predecessors, the Su-25SM3 can be mobilized twice a day (with a lesser payload). It’s also cheaper to deploy. “You can draw a real-life parallel [with this situation] - you would send a small parcel in a car, not a military truck. A small squadron of frontline fighters is often more effective than tons of bombs at eliminating terrorists hiding in bunkers,” Dmitry Litovkin, a military analyst of Izvestia newspaper, told Russia Beyond.

The new Rook - a.k.a “Super Rook” - was supposed to be delivered to the military a year ago. But its manufacturer and army generals decided to give it more battle tests in Syria before building new planes and upgrading all 200 existing Su-25s.

What’s so special about the ‘Super Rook’?

The Super Rook has been refined in Syria alongside the new targeting system coined theSVP-24 Gefest (Hephaestus). This innovation increases the accuracy of unguided bombs.

“Practically, it makes them just as accurate as missiles or guided bombs. What’s more important is that these computer systems can be integrated into any existing Su-25, increasing their effectiveness in battle,” Litovkin added.

What’s more, the Su-25SM3 received the SOLT-25 optic-electronic system that increases the plane’s navigation, allowing it to operate in any weather conditions during day and night.

“Now the jet has a thermal imaging system as well as a laser range finder. This optic-electronic system finds and follows targets (enemy personnel, armored vehicles, tanks, fortifications, etc.) on battlefields, even through fog and heavy rain. The pilot only has to push a button and SOLT-25 locks on and automatically the target,” Vadim Kozulin, a professor at the Academy of Military Science, told RB.

“” is the Su-25SM3’s latest acquisition. The system is already integrated into a number of Russian war machines including the Mi-28 and Ka-52 battle helicopters. It works by disabling the electronics of enemy anti-aircraft missile systems.

According to Kozulin, these three computer systems will be installed in all existing Russian Su-25 airplanes, and the first ten modernized planes will join the ranks of Russia’s military by the end of 2017. 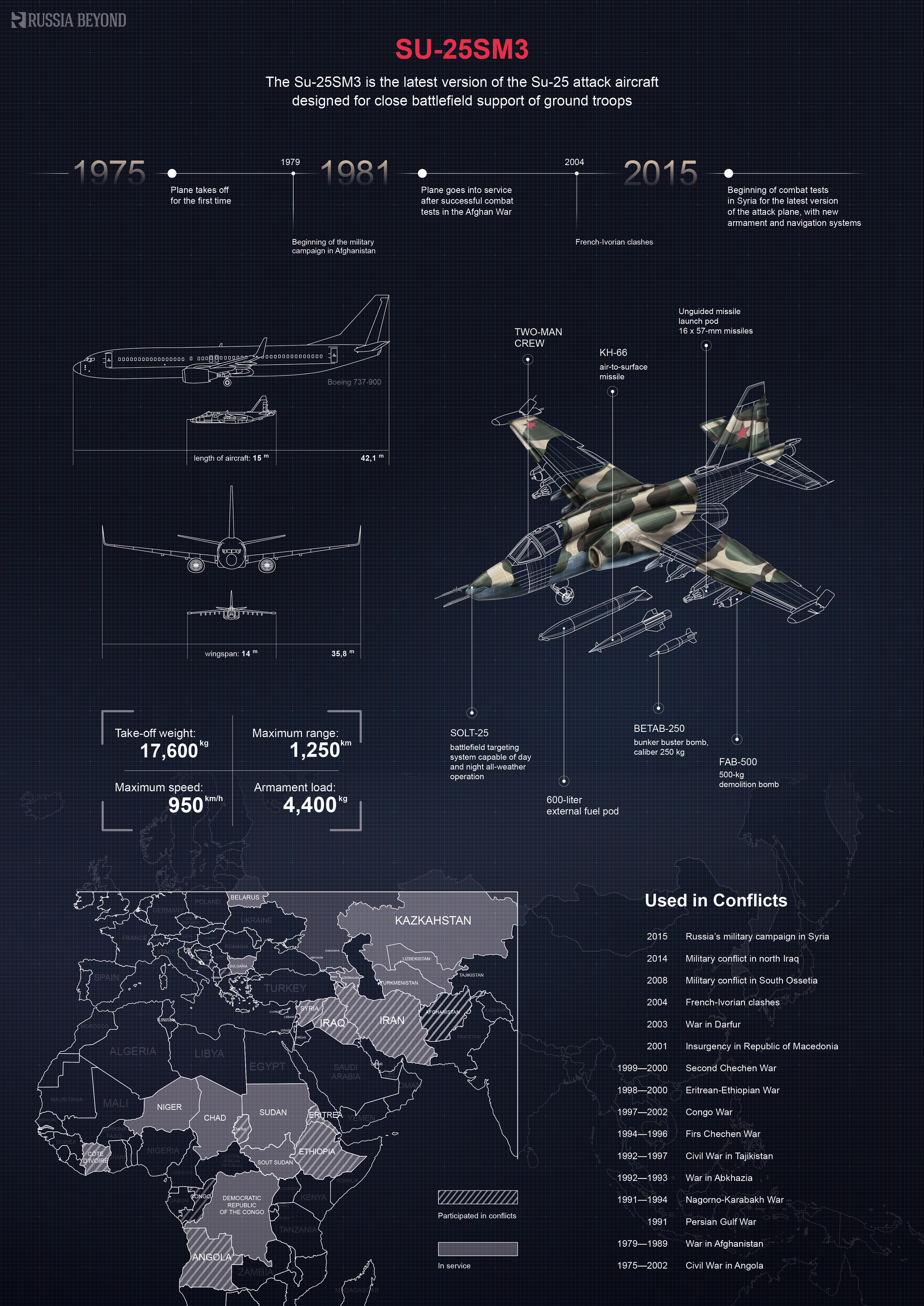