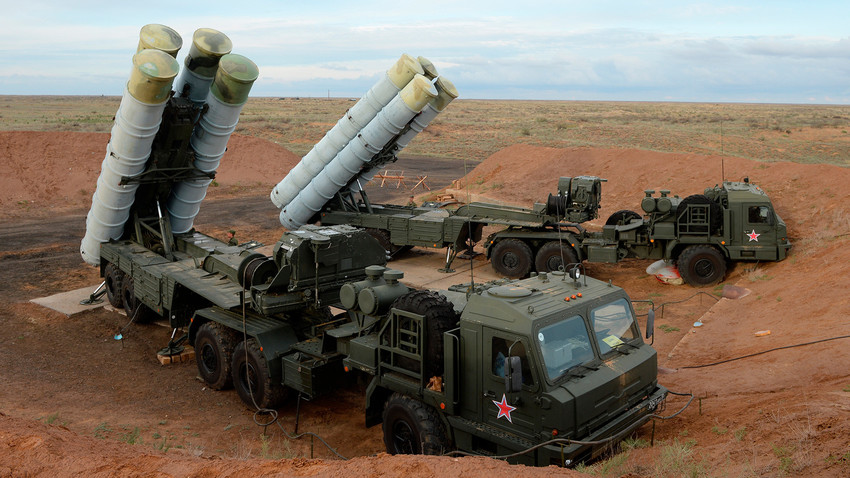 Mihail Mokrushin/RIA Novosti
Russia has refused to give Turkey access to the electronics of the S-400 Triumph air-defense system, despite Ankara officially buying the weapons from Moscow on Sept. 12.

"We won't give them any of the electronic codes or ‘internals.’ Under the agreement, technical servicing will only be done by Russia and they [the Turks] won't gain entry to the systems," a Russian military source told Gazeta.ru.

According to Gazeta.ru, this applies to one of the weapon’s key elements: The friend-or-foe identification system.

"We did not agree to their demand to allow access to the S-400’s internals, therefore the systems will have a friend-or-foe identification system made in Russia. Turkey insisted on us passing on the passwords and control to them but we refused to do so," the source said.

At the end of September Turkey transferred the first payment for the S-400 system. According to Viktor Murakhovsky, editor-in-chief of the Arsenal Otechestva magazine, Ankara won't receive the first systems until 2020.

"At present Russia is completing the rearmament of its own army with the S-400s and after it will have to meet its obligations to China and India for these systems. Accordingly, only after that will Almaz-Antei start assembling S-400 systems for Turkey," he told Russia Beyond.

What is the S-400 and why do other nations want it?

It protects the skies from enemy missiles, jets, bombers, helicopters - and modern and perspective aerial targets including fifth-generation , cruise and ballistic missiles, and other hi-tech weapon systems.

Each S-400 complex includes a rocket launcher and a number of other support vehicles, such as an advanced radar. It also has the ability to destroy targets up to 400 km away.

One major factor of the S-400 is that it’s not “unidirectional” - meaning it has an attack radius of 600 km.

As Murakhovskiy believes, this is one of the key factors that spurred NATO member Turkey to choose the Russian-made air defense system. As it stands, its American counterpart - the MIM-104 Patriot - can only cover 180 km in one direction.