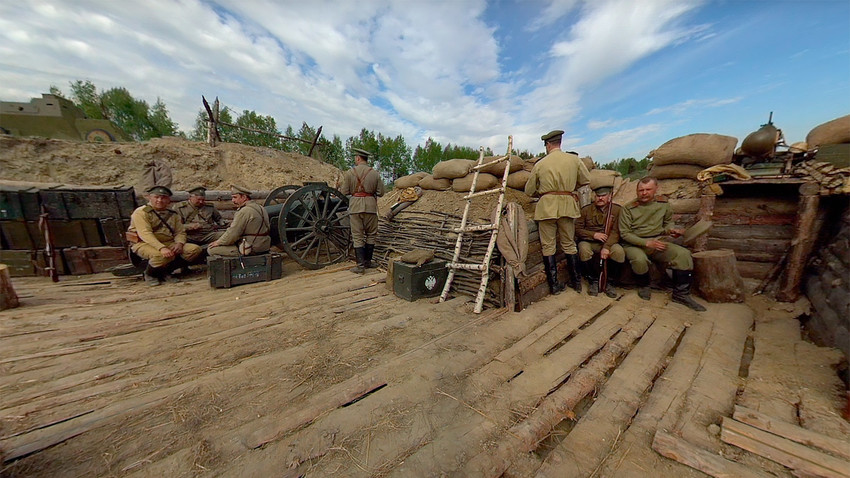 Ever wondered what it was like fighting in a trench before the uprising?

This year, Russia is marking 100 years since the Russian Revolution. RT is marking the anniversary by giving people the chance to immerse themselves in 1917 Russia.

RT’s #1917LIVE project has eight 360 degree videos that allow viewers to experience the dramatic events of the iconic uprising. The first three videos are already available on RT’s YouTube Channel.

The first shows the trench life of a Russian Army soldier in 1916. Tired of the long, costly war, people desperately want peace - but more fighting is to come, as you will find out when you watch the video.

The second video takes the audience to Petrograd’s (now St. Petersburg) Vitebsky station, when the February Revolution overthrew the Tsar. Watch power being seized by the provisional government. You’ll also be able to hear foreign travelers discussing the political situation in Russia.

In the third episode, take to the dark streets of Petrograd in July, 1917. Political tensions reach a climax as armed militias flood the city. Watch a Cossack patrol chasing a fleeing Bolshevik. The Revolution is definitely not far away…

Five more 360 degree videos of the #1917LIVE project will follow shortly. All episodes will be available on 1917live.redas well.