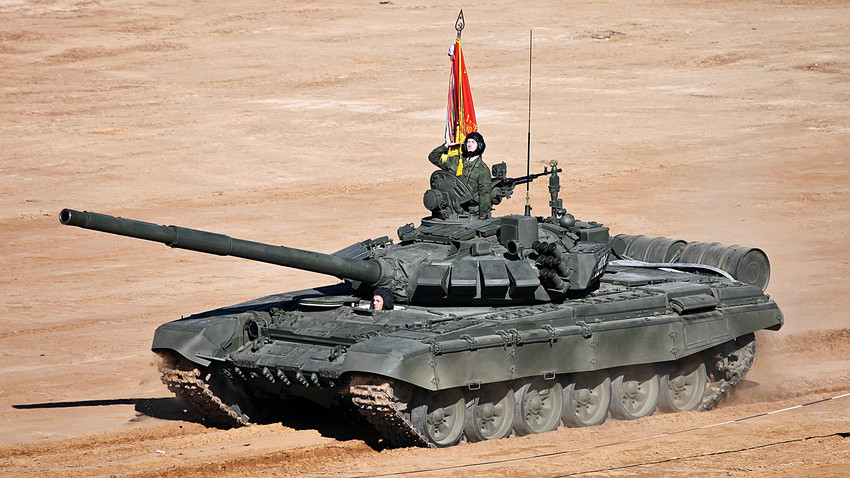 The latest version of the T-72B3 tank has been updated with a new digital fire control system, “Relic” enhanced dynamic protection and a new 1000 horsepower turbodiesel engine.

The latest version of the T-72B3 tank has been updated with a new digital fire control system, “Relic” enhanced dynamic and a new 1000 horsepower turbodiesel engine. These modifications mean the battle machine is able to detect targets from further away while maneuvering and firing more effectively.

The original model of the tank was developed nearly half a century ago, becoming the largest in Russia’s military.

Today Moscow boasts an army of more than 2,700 tank models. Now equipped with a multi-channel gunner’s sight and an improved 125 mm gun with high powered ammo, the T-72B3 is ideal for urban combat situations.

“Engineers had to modernize nearly 80 percent of the tank’s interior to match modern warfare standards. The manufacturer’s greatest achievement is ensuring it is operational in different extreme weather conditions,” said a source from the industrial military complex.

Russia’s Defense Ministry spent is spending $3 million on each T-72 update. The tank’s armor will be boosted by the new protection system - allowing it to sustain sub-caliber and cumulative armor penetration shells. The beast will also receive firing sensors, and auto-tracking and digital ballistic systems - so it will be able to take into account the wind speed and temperature before firing to make sure it hits each target right on the bull’s eye.

“In fact, the gunner has at his disposal a reliable electronic ‘assistant,’ reducing the time. He will also be able to employ thermal imaging devices to hit targets at night,” the source added.