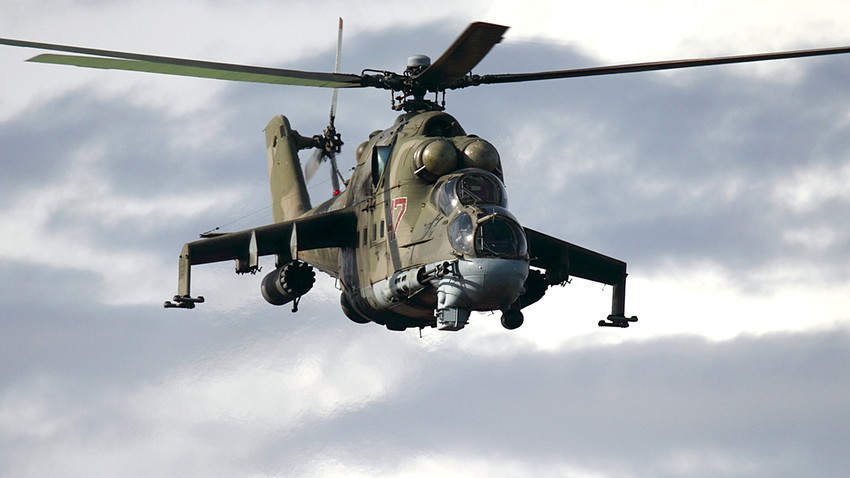 Igor Dvurekov
The aircraft will be able to fly 500 km/h and will be armed up to the teeth with the country’s latest Ataka missiles.

At the moment the project is dubbed the “flying laboratory” and will soon create the world’s fasted battle chopper. It will be based on the Russian Mi-24, which is a large helicopter gunship able to carry eight passengers.

“It’s an experimental project that will present its first results in a couple of years. The main goal is to increase the battle machine’s flying capacities, the range at which it can engage with the enemy, and destruction of targets, and its ability to fly in adverse weather conditions,” Vadim Kozulin, a professor in the Academy of Military Science, told Russia Beyond.

According to Oleg Chesnokov, the combat training chief of army aviation of the Russian Aerospace Forces Oleg Chesnokov, arms manufacturers are developing a new generation of surveillance and targeting systems, as well as creating new guided long-range missiles.

The early model of the chopper has already reached 405 km/p during testing, largely thanks to its new composite material blades.

“The main goal is to make 500 km/h a normal and stable cruising speed for the new helicopter armed with guns, missiles, and covered in armor,” said Kozulin, who added creating such a war machine is no quick task.

Why does Russia want such a fast helicopter?

Most choppers used in combat can fly at speeds of up to 300 km/h, but the recent trend has been to make them as fast as possible.

“Helicopters are a very convenient type of transport as well as a battle machine. They don’t require airfields for taking off and and can bring squads to battle zones at short notice. The goal today is to make these things faster and more effective,” continued Kozulin.

The Europeans have already demonstrated a prototype called Eurocopter X3 Hybrid. American engineers are also at it, promising the S-97 Raider in the future.