Watch your step (and flight path): Russia’s new mines are like something out of a Sci-Fi movie 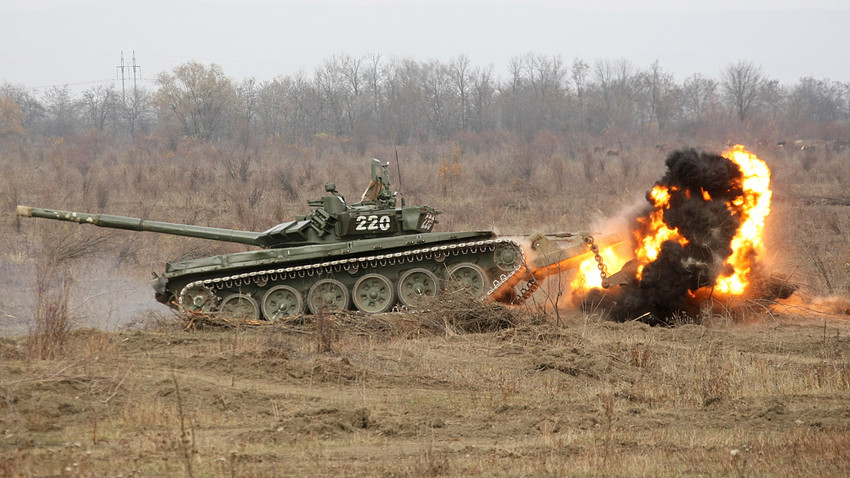 T-72B tank with rollers during a demining operation in the Achkhoi-Martanovsky district of the Chechen Republic.

Said Tsarnaev/RIA Novosti
These devices can rip holes in incredibly thick tank armor and even take out enemy helicopters.

How to immobilize a tank

The most effective and widely used landmines in the Russian army are high-explosive anti-tank blast mines: TM-62M. This innovation (that became a cornerstone for landmine development) looks like an innocuous metal disc - but looks can be deceiving.

Each mine is laid individually by the sapper, who digs a hole and primes the explosive mechanism. How and when the mine goes off is also determined at this point: For example, it can blow up as soon as a tank’s tracks make contact, or there can be a delay.

This type of mine is effective if you need to immobilize enemy armored vehicles, as the 7.5-kilo explosive can destroy tank tracks like a hot knife through butter.

An effective upgrade of the mine is the TM-89, which can rip through a tank’s thick armor. It’s four kilos heavier and able to blow a hole in two cm of hardened steel (tanks made at the end of the 1900s only had had armor around one cm thick).

The main feature of these explosives is an electromagnetic charge that reacts to an oncoming vehicle, before the mine “jumps” and explodes on impact. But this weapon does have disadvantages.

“Military engineers need to be really careful when installing these mines as their magnets are very sensitive and react to all metal objects in close proximity.  So sappers can’t wear body armor plates or carry assault rifles on them while placing these mines,” Viktor Litovkin, a TASS news agency military analyst, told Russia Beyond.

Another interesting innovation was presented this year during MAKS-2017 in Moscow’s suburbs.

A new mine - part of a portable air defense system - has been developed to combat helicopters flying at heights of up to 100 meters. It may sound like science fiction, but the mines were put to the test during the show - and the results were plain to see. They work in a group, placed a couple of meters away from each other, and are triggered via an acoustic system that detects the sound of oncoming choppers.

Each is loaded with 12 metal ball bearings that pierce everything in their path when detonated, flying at a speed of 2km/s.

“The is activated and disabled by an operator from a military base. So when commanders are informed of friendly helicopters or UAVs in a 'danger zone,' the operator remotely turns off the mines,” the weapon’s creator Vladimir Niyazov told Russia Beyond. He added that the mines will part of the Russian military’s armory by 2019.