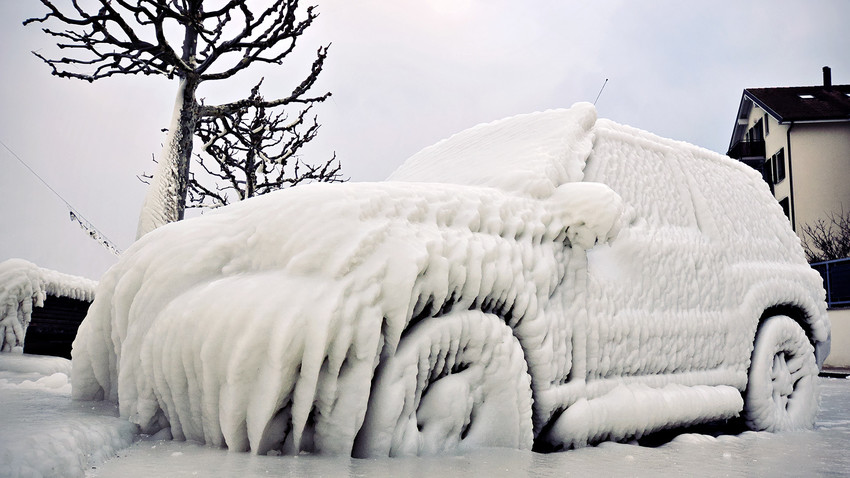 Getty Images
All sunspots have disappeared from the side of the Sun facing Earth, reported scientists at Moscow’s Lebedev Physics Institute, basing their conclusions on photos taken two weeks ago. The consequences could be far-reaching for the entire planet.

Something is wrong with the Sun. In September, NASA announced the biggest solar flare in 12 years, which was unexpected considering that the Sun is heading into a period known as the solar minimum, when surface activity becomes muted.

In 2016, using observations of other sunlike stars made by NASA’s Kepler Space Telescope, scientists in the U.S. announced the Sun is entering a special phase of its magnetic evolution. These results offered the first real confirmation that the 11-year sunspot cycles are likely to disappear entirely. This means the Sun will have fewer sunspots than during the first half of its estimated 10 billion year life as a hydrogen-burning star.

Scientists originally thought this would happen slowly, but according to researchers at the Lebedev Physics Institute, it has already happened - complex sunspots and associated solar flares have completely disappeared on the Sun.

“Based on the picture that we are seeing now, the Sun is moving inevitably towards another low, that will be reached in late 2018 - the first half of 2019,” scientists said in a statement.

That’s just the first stage of the process, however. According to researchers in Moscow, the regions of hot plasma will also disappear, and then solar radiation will also drop to a zero.

“Finally, at the minimum point, the solar magnetic energy almost completely vanishes,” the researchers said. “In this form, our star can exist from several months to a year, after which new fluxes of the magnetic field begin to float from the depth of the Sun, the first spots appear, and the flywheel of the solar cycle starts a new 11-year revolution.”

Currently, individual spots and even faint flashes may still appear on the Sun for a short time, but this is only the last fading burst of activity. According to researchers, the sunspots will completely disappear within the next 2-3 months.

The consequences for Earth might be more cold, ice, and heavy snowfalls. The last so-called Little Ice Age, observed in the 17th-18th centuries, coincided with the known “failure of the solar cycle, during which for 50 years there were almost no sunspots on the Sun.”

The Little Ice Age brought colder winters to Europe and North America. In the mid-17th century, farms and villages in the Swiss Alps were destroyed by encroaching glaciers. Canals and rivers in Great Britain and the Netherlands frequently froze, and early settlers in North America reported exceptionally severe winters.