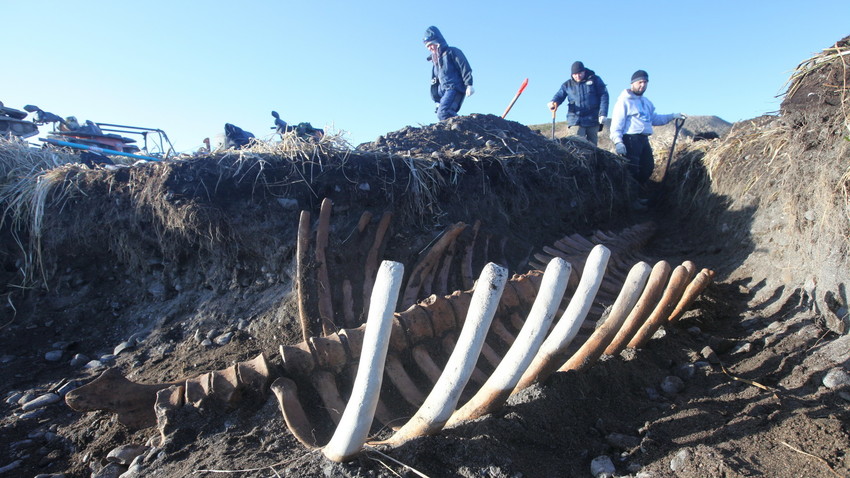 The skeleton of a so-called Steller's sea cow has been found on the shore in the Komandorsky Nature Reserve on the Commander Islands in the Russian Far East.

The last discovery of a full skeleton happened in 1987. 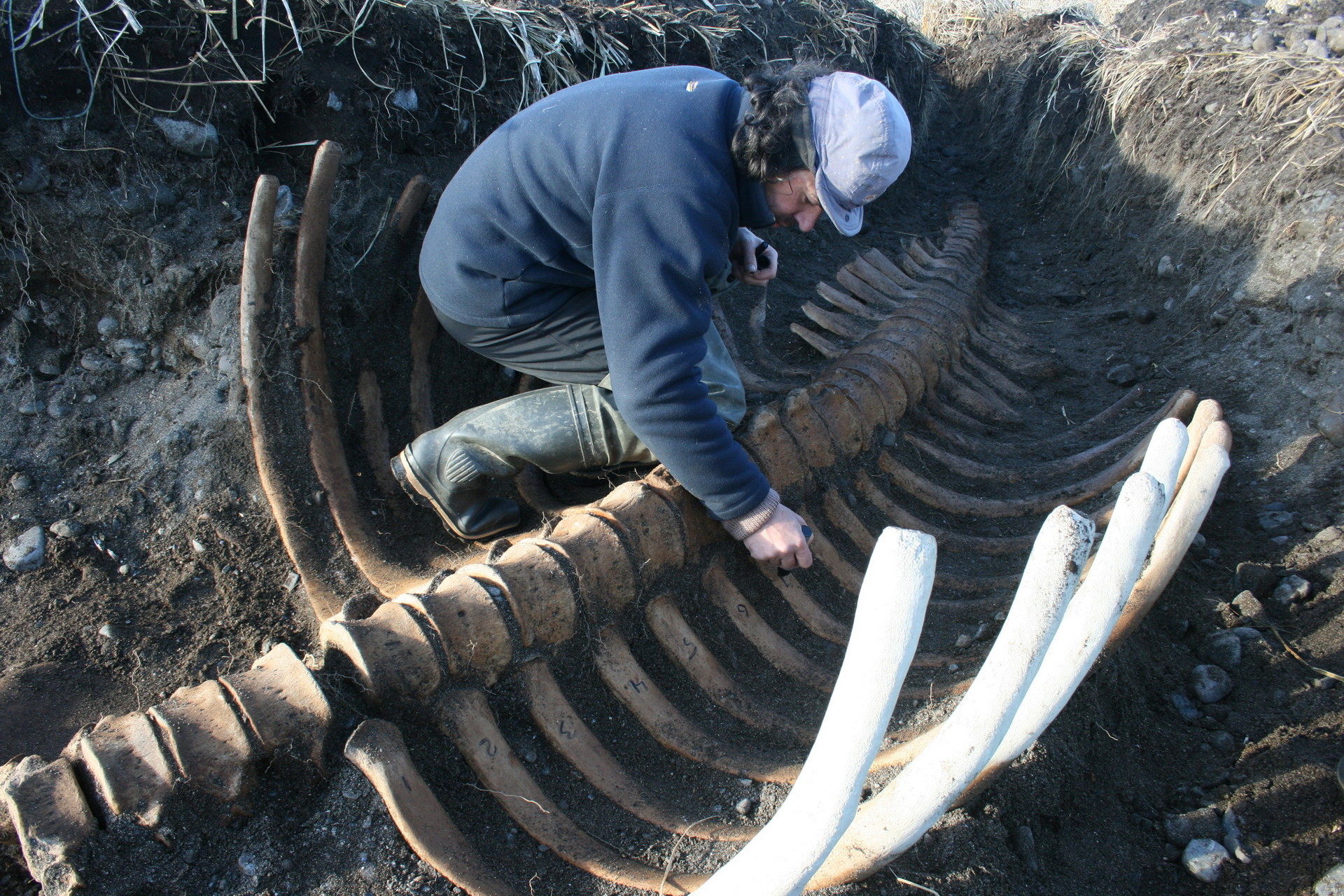 Steller's sea cows were large animals up to 10 meters long and 5 tons in weight. They were discovered in 1741 near the Commander Islands in the Bering Sea, but by 1767 humans had already hunted them to extinction for their precious subcutaneous fat.