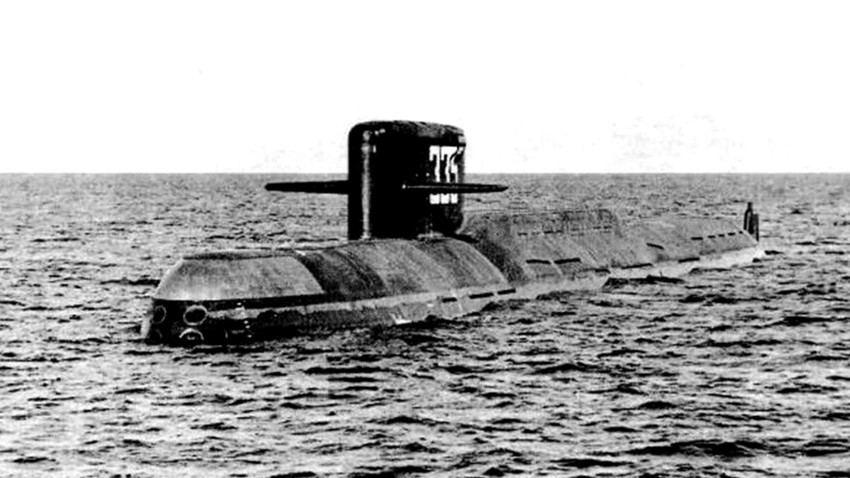 Sevmash
Half a century ago Soviet arms manufacturers developed the country’s first ever deepwater nuclear monster, which became the cornerstone of Russia’s nuclear deterrence policy.

In November 1967, Soviet manufacturers launched the country’s first nuclear submarine - the K-137 “” 667А К-137 - loaded with intercontinental ballistic missiles (ICBMs).  The underwater beast was named after the leader of the October Revolution, Vladimir Lenin, and paved the way for the Soviet Union’s underwater nuclear future.

“The USSR already had a couple of project 658 subs with nuclear missiles, yet ‘Leninec’ became the first armed to the teeth with atomic rockets able to fly 10,000 km to their targets,” Viktor Litovkin, a TASS news agency military analyst, told Russia Beyond.

Previous models were armed with up to three middle-range missiles, but the K-137 received 16 ICBMs and was a vital part of the country's nuclear deterrence policy. Each deepwater monster became five times more effective in potential conflicts.

“Another interesting feature of these ships was the first Soviet automatic information management system: I.e. computers.

They enabled the precise navigation of the ICBMs,” added the expert.

These subs could also dive one and half times deeper than previous models, setting a world record by plummeting to depths 400 meters below the surface.

As Litovkin noted, increased comfort was a big these ships. “These submarines had more living space and wider passages. Soldiers and their commanders even had a gym onboard. If you had to spend the next six months underneath the water, physical and mental comfort was a serious issue,” he said.

During the Cold War, the creation of nuclear deterrence systems became one of Russia's main goals. Manufacturers received a big order for these machines. In total the Soviet fleet got 34 nuclear submarines (project 667A K-137), each armed with 16 ICBMs. They were stationed in the Northern and Pacific fleets.

“The most important thing is that these submarines fueled the future of underwater nuclear fleet development. The country would have never created ‘Borei’ or ‘Yasen’ without them,” Litovkin concluded.