Bacillus pumilus: Is Earth’s most resilient bacteria the key to life's origins? 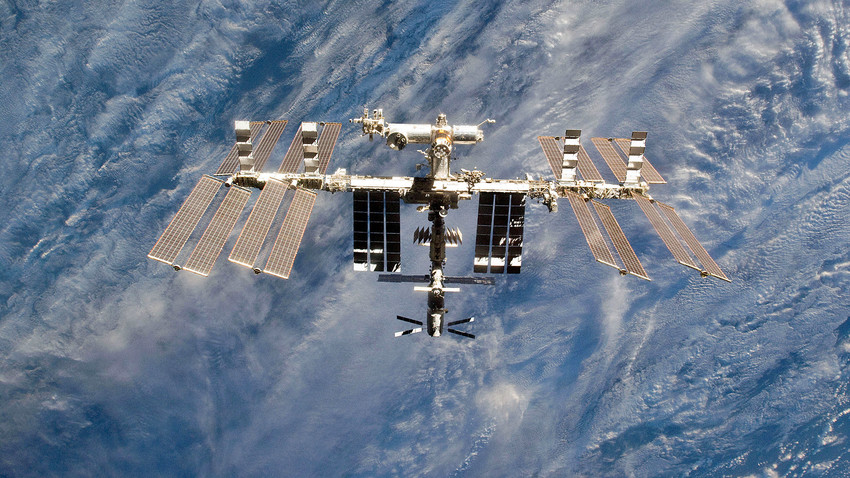 AFP
Mysterious microorganisms are making headlines again: Russian cosmonauts have discovered bacteria thriving on the external surface of the International Space Station. One of them, Bacillus pumilus, is a spore-forming bacterium common in Earth’s soil, and it might prove that life on our planet originated in outer space.

Living bacteria have been found on the outside of the International Space Station (ISS), Russian cosmonaut Anton Shkaplerov told state news agency TASS this week. He stated that cosmonauts swabbed the Russian segment of the ISS during spacewalks and sent samples back to Earth. Their tests showed the swabs contained bacteria that were not on the module when it launched into orbit.

"Bacteria that had not been there during the launch of the ISS module were found on the swabs," Mr Shkaplerov told TASS. "So, they have arrived from somewhere in outer space and settled on the outside hull."

He added that similar missions had found bacteria that could survive temperatures between -150 and 150 degrees Celsius. Those bacteria appear to have made their way from Earth, and clearly can survive in the harsh environment of space.

According to Elena Shubralova, chief specialist at the Central Research Institute of Mechanical Engineering, one of the bacteria coming from the ISS was identified as Bacillus pumilus. It can also be found in Earth’s soil, but the microorganism from space was "more active," the expert said.

It’s not the first time Bacillus pumilus has revealed itself to Russian cosmonauts, and the mysterious bacteria has been found during almost every mission. Whether it’s from outer space or from Earth, it has no problem surviving amid the intense solar radiation.

In an experiment on the ISS in 2011, spores of Bacillus pumilus survived for nearly 20 months. Scientists had launched the bacteria on a rocket. The samples were daubed not only on the outer surface of the rocket but also in the grooves of screw heads on the experimental modules it carried.

The rocket reached an acceleration rate of 18 G during reentry into Earth’s atmosphere, heating up to temperatures above 1,000 degrees Celsius. When it landed, the DNA molecules were not only intact but were also still able to convey genetic information to bacterial cells. The experiment showed that spaceships can carry terrestrial DNA to other planets.

The mysterious bacteria has other incredible qualities. Researchers in Singapore recently found that in a spore state Bacillus pumilus is able to survive extremely violent conditions. The researchers fired X-ray beams of varying intensity at the bacteria, but the first results threw up a perplexing surprise.

"When we looked at the data we couldn't understand why we ended up with more bacteria than when we started," said Derrick Yong, a researcher at the Singapore Institute of Manufacturing Technology.