Science & Tech
Igor Rozin
The country’s weapons manufacturers have unveiled a gun that can shoot through thick walls and a sniper rifle that can destroy targets from over four km away. 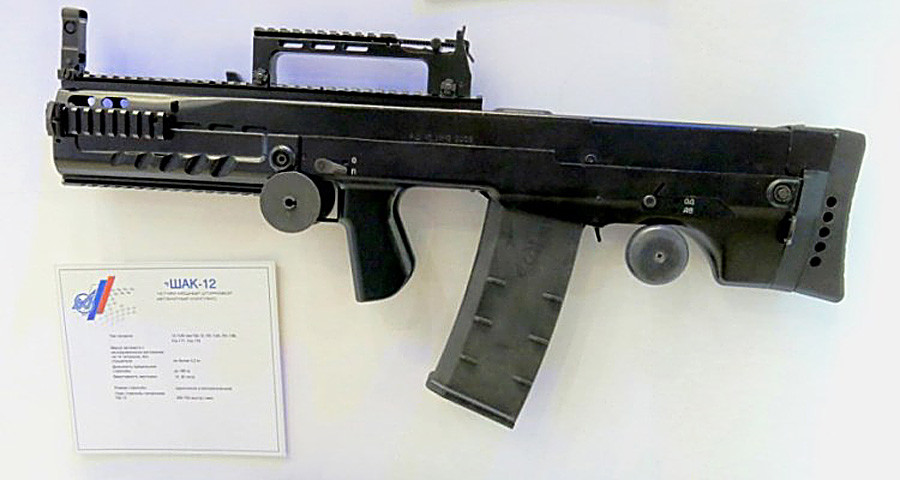 The gun is also ideal for close-quarter combat in urban environments and can take out targets clad in heavy body armor. This is because the bullets have a “stopping effect” - however, these rounds rapidly lose their effectiveness as the distance increases.

Put simply, the ShAK-12’s standard round has a range of up to 100 meters. The weapon can also fire armor-piercing bullets that can kill lightly armored enemies from 300 meters away.

The assault rifle has a bullpup layout (with its magazine positioned behind its trigger) allowing special forces soldiers to use the weapon more comfortably in small enclosed spaces.

The assault rifle is fed by a 10 and 20-round magazine - the fire controls are located at the back of the gun behind the magazine.

To reduce recoil from the powerful 12.7 x 55 mm caliber round, the ShAK-12 has a compensator muzzle brake and a rubber butt plate. The rifle can also be equipped with a sound suppressor, an grenade launcher, and various optical and collimator sights thanks to its Picatinny rails above and below.

This is the most powerful and largest-caliber machine gun in the Russian Army. The weapon is mounted on light and medium-sized armored vehicles because its recoil is so strong it can knock over the shooter.

The Kord is designed to destroy “personnel targets” at a distance of up to two km. The targets are both infantrymen and light armored vehicles. Its ammunition can pierce a 20-mm layer of armor from 100 meters away.

Helicopters are also not safe: The gun can even take out choppers flying at an altitude of 1.5 km. 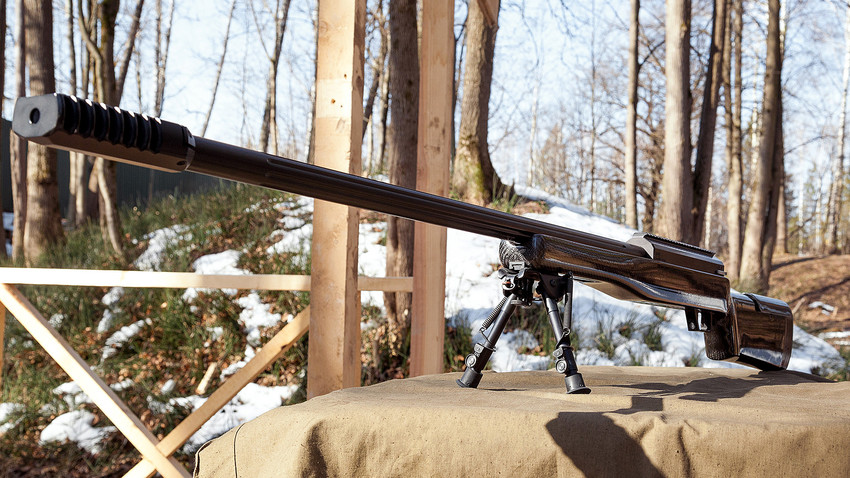 The most powerful Russian made sniper rifle SVLK-14S "Twilight"

In September 2017 Russian snipers hit an enemy target from a mind-blowing distance of over four km. The shot set a new world record: The rifle responsible - the SVLK-14S Sumrak (Twilight).

"The weapon was designed as a one-off, like some Ferrari or Porsche cars, for connoisseurs of high-precision guns and professional snipers who compete in long-range shooting," Dmitry Safonov, a military reporter for the Izvestiya newspaper, told Russia Beyond.

It’s designed for .408 Cheytac (10.3 mm) rounds that hurtle towards their target at a speed of over 900 meters per second.

"For instance, the round can pierce a metal rail three centimeters thick. Imagine what will happen if it hits an enemy? No bulletproof vest will help in such a situation," the expert says.

the weapon, like luxury-class cars, is not designed to carry out combat missions - in fact, to increase its range and precision the designers removed the magazine so the rifle is single-shot.

Furthermore, another feature of the Sumrak is the heavy, one-and-a-half meter (1,430 mm) barrel made of high-quality aluminum, which works in temperatures as low as -40 degrees Celsius.