The evolution of the AK-47 assault rifle: The world’s favorite gun 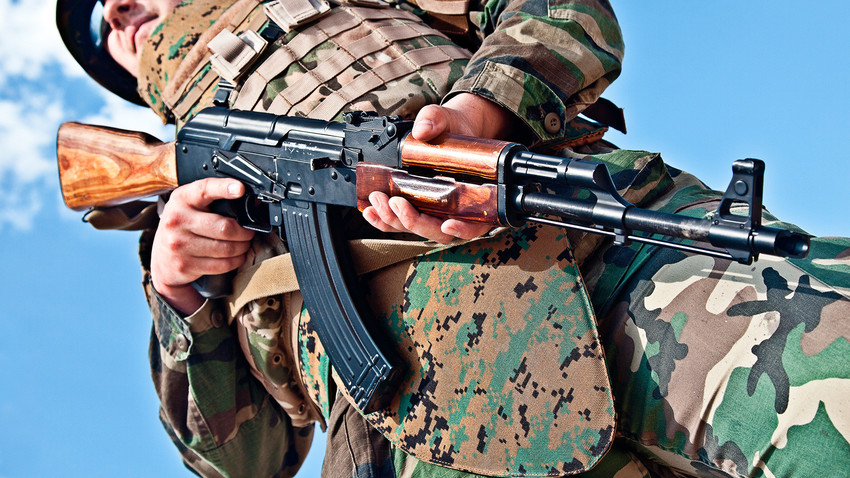 It was the first semi and fully automatic 7.62x39mm assault rifle in the country with a magazine capacity of 30 rounds and an effective range of 800 meters.

Legion Media
The iconic Russian-design Kalashnikov has been through some changes since it was first introduced in 1948 - in fact, the first model was never added to the Soviet army’s armory.

The first batch of AK-47 submachine guns rolled off the production line in 1948 before being put through rigorous military testing. But the iconic rifle we know today differs considerably from this early model.

Obvious aesthetic differences: The first guns had folding metal stocks, which were later replaced with wooden ones. Each also had a non-detachable muzzle break, which would later become detachable 30 years later on the AK-74 series.

“All of these practical features were eliminated after military tests. The military command decided there was no need for this muzzle break as the sound pressure was too high. And that metal stock badly affected the accuracy of the gun. So both of these features were not continued,” Vadim Kozulin, a the Academy of Military Science, told Russia Beyond.

However, the core design aspects of the AK-47 survived and were passed future models.

It was the first semi and fully automatic 7.62x39mm assault rifle in the country with a magazine capacity of 30 rounds and an effective range of 800 meters.

One of the main features of the rifle was its ability to work in all weather conditions from -40 to +60℃, even after heavy rain and dust storms.

Today, 70 years after its birth, the AK-47 remains one of the most widely used weapons around the globe due to its reliability, price, and powerful ammo.

According to Oxford University research, about 100 million Kalashnikov rifles exist in the world today, 75 percent of which are AK-47s.

Check out the way the gun shoots in slow motion on this Youtube video.