How did the Soviet `atomic man’ survive a lethal dose of radiation? 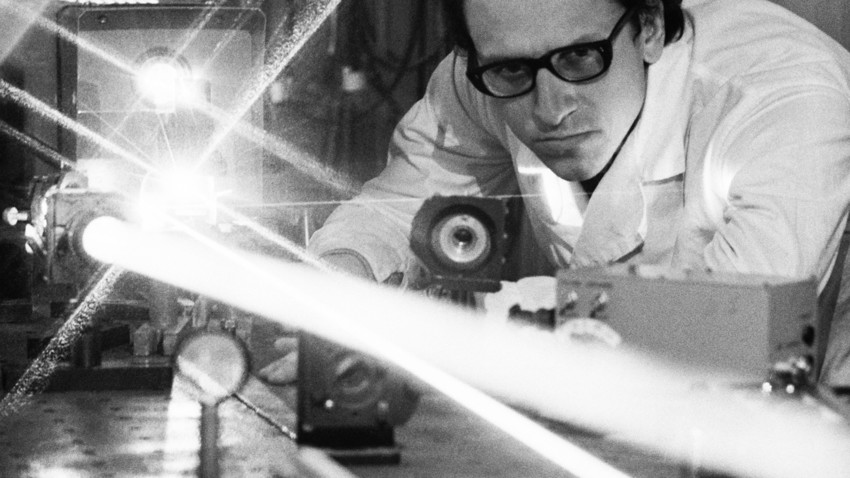 A. Shlyakhov/TASS
In 1978, a Soviet scientist was bombarded by a deadly beam of radiation that shot a hole through his head. Miraculously, he survived and became a subject of scientific research. What became of the man and how did the Soviets manage to keep his case under wraps?

A flash “brighter than a thousand suns” was what Anatoliy Bugorsky saw on July 13, 1978 when his head was pierced by a 76 GeV proton beam. As the physicist recalls, he felt no pain, but he knew there’d be long-term consequences.

The 34-year old Soviet physicist was working at the Institute for High Energy Physics (IHEP) in the Moscow Region town of Protvino. He was operating the U-70, a proton synchrotron that at that time held the world record in beam energy.

The synchrotron principle is used in the famous Large Hadron Collider, and the device accelerates atomic particles to very high speeds, colliding them in vacuum tubes. Later, the particles resulting from the collision are studied. In the late 1970s, the Soviets planned to build their own collider in Protvino, and the U-70 was an intrinsic part of it.

The part of the device that Bugorsky was maintaining put him in the path of the proton beam emitted by the synchrotron. He told the control center to turn off the beam “in 5 minutes,” but he was at the site a minute or two early. The door into the experimental hall remained mistakenly opened after the previous experiment, and the warning sign indicating that the beam was still active was in fact out of order due to a faulty light bulb. 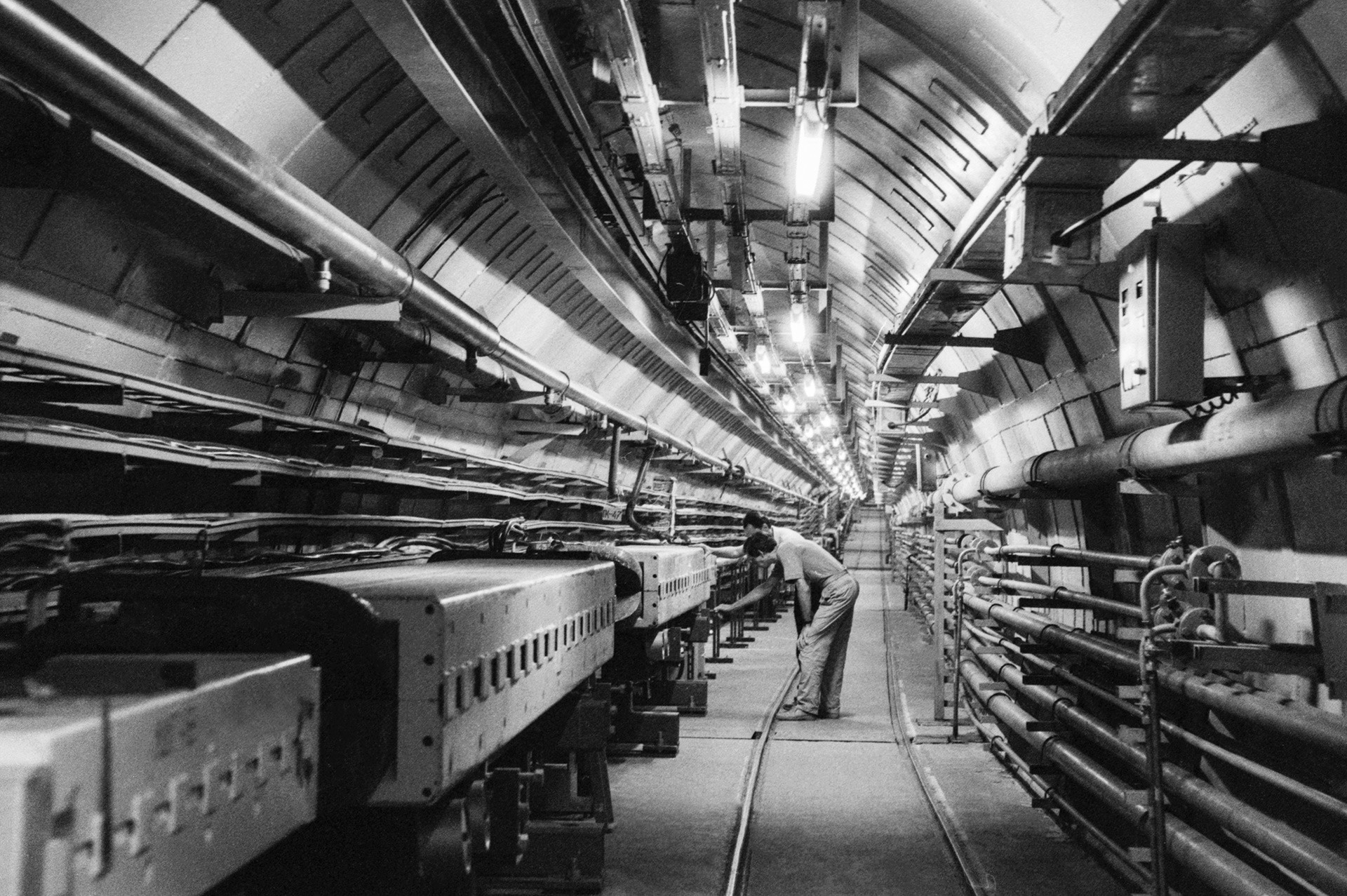 Bugorsky entered the hall to inspect the device, when suddenly a beam 2x3 mm in diameter pierced the back of his skull, burning a tiny hole through his middle ear and temple bone, and exiting near his left nostril. In a fraction of a second, Bugorsky was exposed to a dose of radiation equaling from 200,000 to 300,000 Roentgen, a dose 300 times greater than the lethal amount.

Fazed after the bright flash, Bugorsky completed his maintenance work and left a record in his journal. As an experienced physicist, a graduate of the Moscow Engineering Physics Institute, he knew the accident was highly unusual. However, afraid of the consequences (IHEP was a classified installation), he didn’t immediately report the incident and headed home, where his condition worsened. The left half of his face quickly became swollen, so the next morning Bugorsky filed a report and immediately was taken to Moscow.

Bugorsky was admitted to the intensive care unit of a specialized hospital as the first patient exposed to such a powerful dose of radiation. One of his doctors was Angelina Guskova, a leading Russian radiologist, who in 1986 supervised care for the Chernobyl disaster victims. All information related to Bugorsky’s treatment and recovery remains classified, but his case was thoroughly researched.

At first, everyone thought the physicist wouldn’t make it, but in 18 months he was back to work. Bugorsky said (link in Russian) his “lifetime passion for sports” helped him recover.

“I was one of IHEP’s best soccer and basketball players, and I rode a bike even in winter,” he said. Bugorsky also tells the story of himself nearly dying at least twice. During his first year of life, when Nazi troops ravaged his village in the Orel Region, he was “taken from his mother and thrown out of the house,” but he somehow didn’t freeze to death after several hours in the snow.

Later, in his teens, he suffered severe convulsions after touching a live wire. Many years after the incident, in an interview he said he thought he’d make a good subject for research, and what happened was an “unintended test of proton warfare. I am being tested. The human capacity for survival is being tested.” 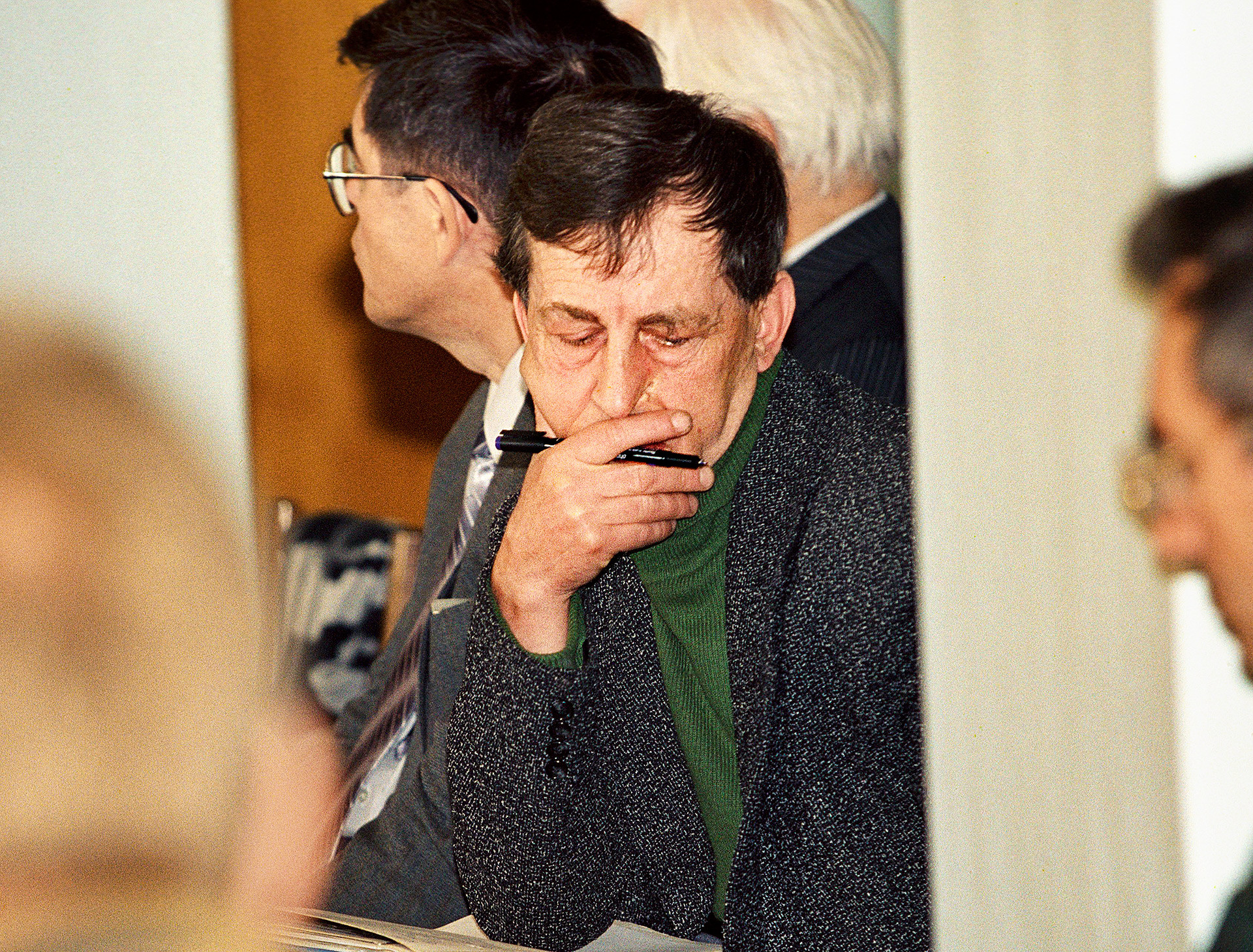 Bugorsky completely lost hearing in his left ear, and the left side of his face remained partially paralyzed and strangely youthful. He experienced numerous petit mal seizures and no less than six grand mal seizures, but which receded over time.

For more than a decade after the incident, twice each year Bugorsky went to the hospital to be examined and to speak with other victims of radiation-related disasters. "Like former inmates, we are always aware of one another," he says. "There aren't that many of us, and we know one another's life stories. Generally, these are sad tales."

His intellectual abilities, however, were not impaired, but bouts of fatigue increased drastically. He was able to finish the Ph.D that he had been working on before the accident. Later, he and his wife had a son, Peter.

The secrecy surrounding his exposure didn’t help Bugorsky, and he lacked the official documents to get proper medication. Therefore, he was later given status as a victim of the Chernobyl accident because his was officially “unrecorded.” Only assistance from colleagues in Russia and abroad helped Anatoliy to stay afloat.

The closing of the Soviet collider project didn’t help, either. Construction began in 1983, and was finished by 1994, but it never began functioning due to later government budget cuts. Currently, the accelerator is closed and only basic maintenance is funded.

How a man survived radiation exposure hundreds of times more than the lethal amount remains an unanswered question. It’s hard to compare Bugorsky’s case with well-known cases of lethal radiation exposure, such as “Atomic Man” Harold McCluskey or Albert Stevens. Bugorsky did not experience full-body exposure, and his was short in duration.

Unlike in the classic neurological case of Phineas P. Gage, Bugorsky didn’t suffer any personality disorders, nor any kind of memory loss, following his exit wound through the head. Maybe it’s because in Soviet Russia, the particles accelerated you.