Why will a Russian cosmonaut play hide-and-seek with the Earth? 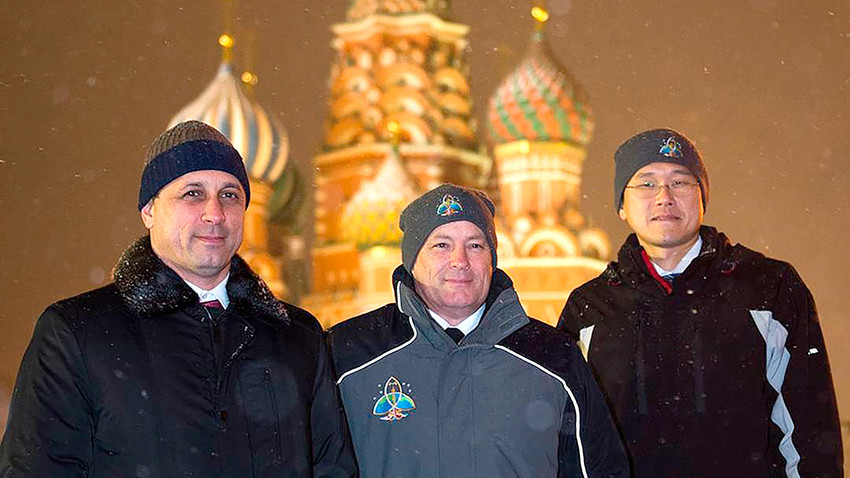 on Dec. 17, Scott Tingle of NASA, Anton Shkaplerov of Roskosmos, and Norishige Kanai of the Japan Aerospace Exploration Agency are going to the International Space Station.

Crew members will continue experiments currently underway aboard the International Space Station (ISS), but Anton Shkaplerov has a very special and fun task - to play hide-and-seek with the Earth. He’ll be wearing a special sensor that will allow the Mission Control Center (MCC) to look for him in the station’s different areas.

Shkaplerov will have to hide from the rest of humanity as a part of an experiment called Vizir, which aims to test a tracking system for cosmonauts. The system will be used in case of dangerous situations, including fire.

"Our station is a large space house that is 110 by 70 meters," Shkaplerov said. "In an emergency the cosmonaut can be blocked anywhere, and his life might be in danger. To avoid this, we will conduct the Vizir experiment so that people managing the flight on Earth will be able to determine the cosmonaut’s location at any time."

Four signal receivers from a sensor will operate in the Russian module, Zvezda (Star), providing data for all of the station’s life support systems. They will be transmitting information about Skaplerov’s location to the MCC. In the future, scientists plan to install similar transmitters on all ISS modules.