Which Soviet war machines changed the tide of WWII 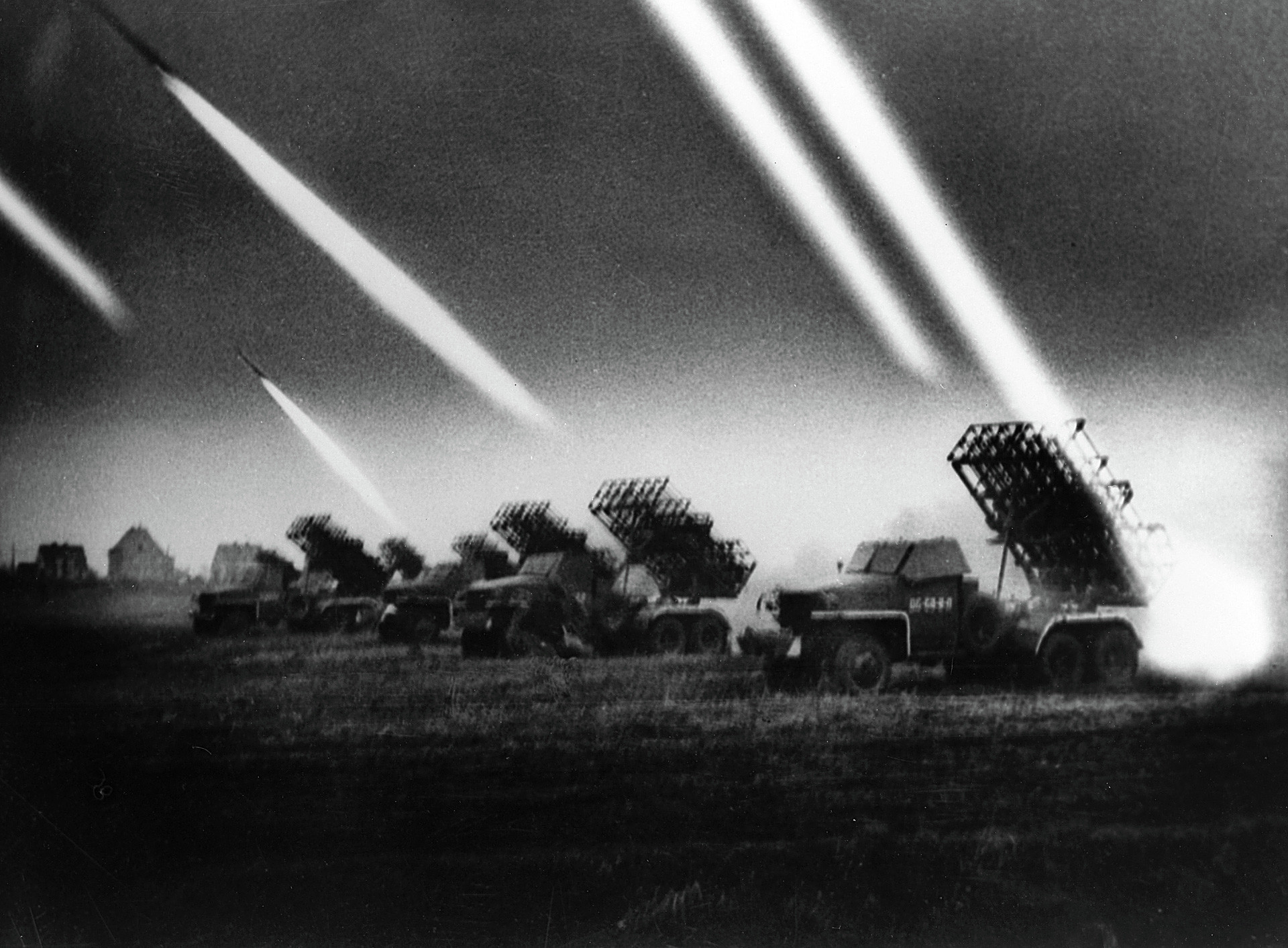 A salvo of guards mortar-guns. The 1st Ukrainian Front.

There are a few theories about why the Soviet BM-13 rocket launcher was dubbed “Katusha,” a Russian girl’s name. One suggests the sound created when the weapon fires similar to the Soviet melody going by the same name...

The launcher was widely used by the USSR on the Eastern front line during WWII - it was a thorn in the side of the Germans: The sound of Katushka projectiles bearing down from above scared the living daylights out of the Nazi soldiers. Such a volley would destroy everything in its path, spreading shrapnel in all directions.

The system was very effective against infantry troops but not so good at taking out tanks and vehicles - the rockets were packed with high-explosives, not armor-piercing warheads. The BM-13 was an invaluable weapon and played a major role in helping the Soviet forces eliminate the invading Nazis in what was the USSR’s bloodiest conflict. 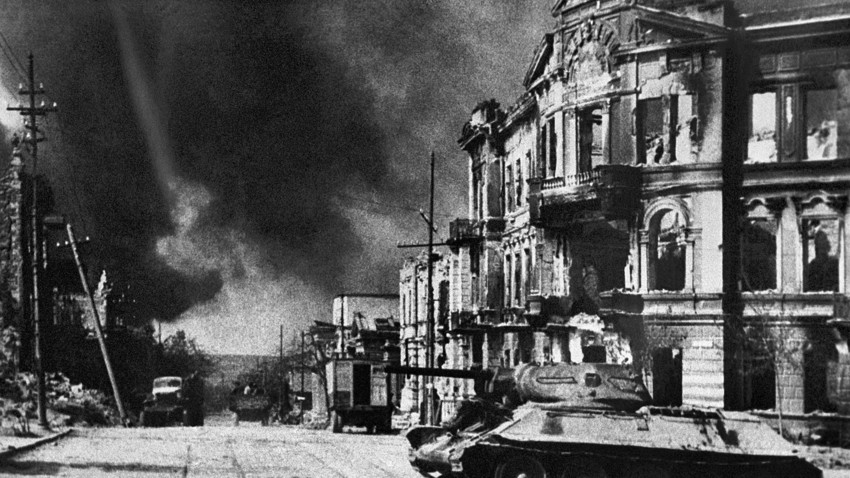 Sevastopol. USSR. A view of Lenin Street on a liberation day.

of this tank also helped to change the tide of war. It’s one of the largest war machines in Soviet history and received several modifications including additional 76mm cannons.

It combined incredible firepower ( slugs could pierce the armor of Germany’s toughest tanks), mobility, and protection. German General Paul Ludwig Ewald von Kleist called the T-34 the best tank in the world - and he wasn’t lying. 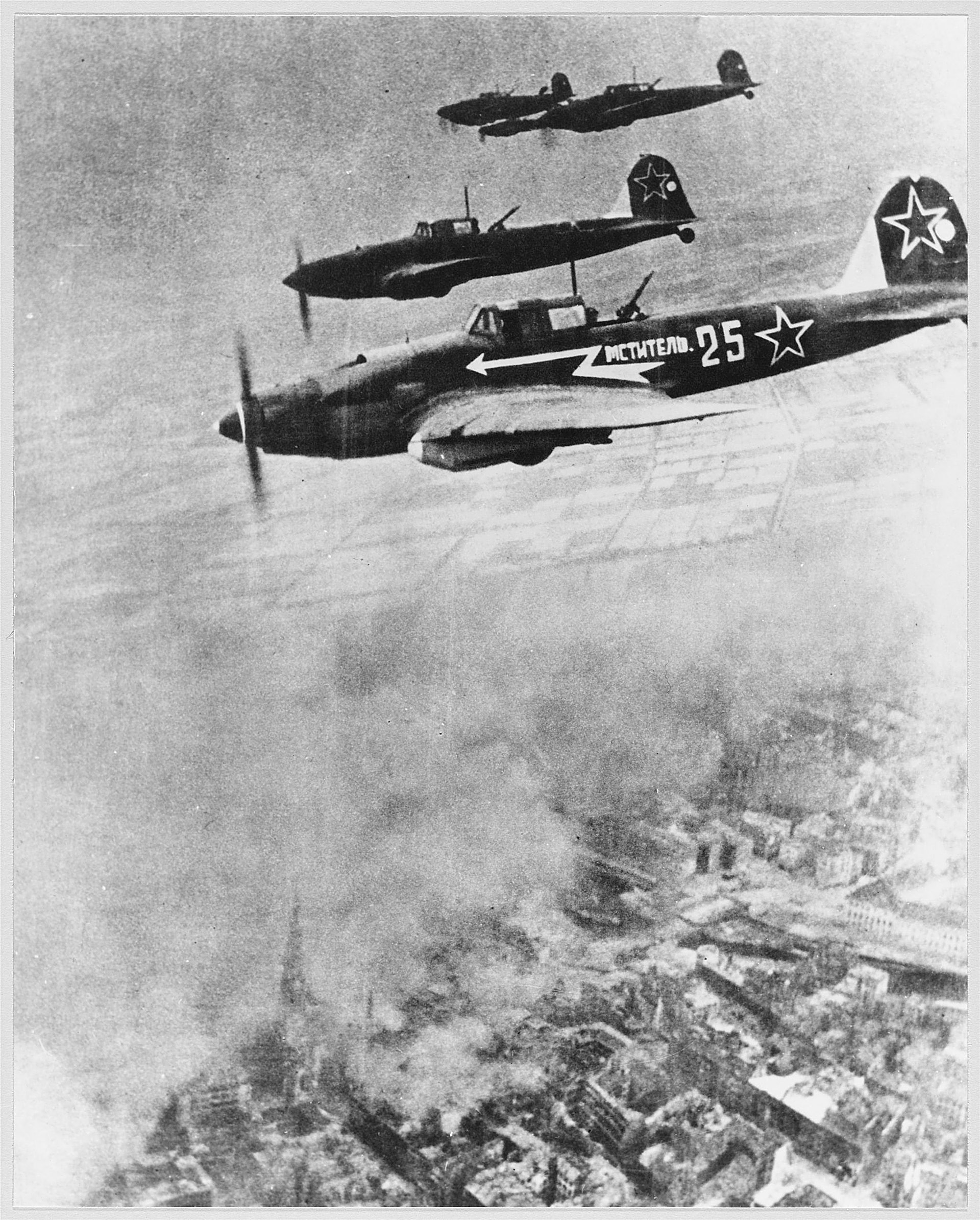 Another vital piece of military hardware that proved pivotal in the Soviet victory during WWII, this aircraft had two nicknames: “Flying Tank” due to its thick armor and “Hunchback” due to its looks.

The II-2 was not the most maneuverable of planes but it was one of the most effective and took down German aircraft as well as ground and sea .

On a single tank of this plane could cover up to 700 km and unleash a firestorm of hot lead with two 23mm guns and two 7.62mm machine guns. The plane could also unload up to 600 kilos of RS-82 and RS-132 unguided bombs.

One of the II-2’s most interesting features was its ability to land it on its belly without landing gear if it suffered an emergency mid-flight.