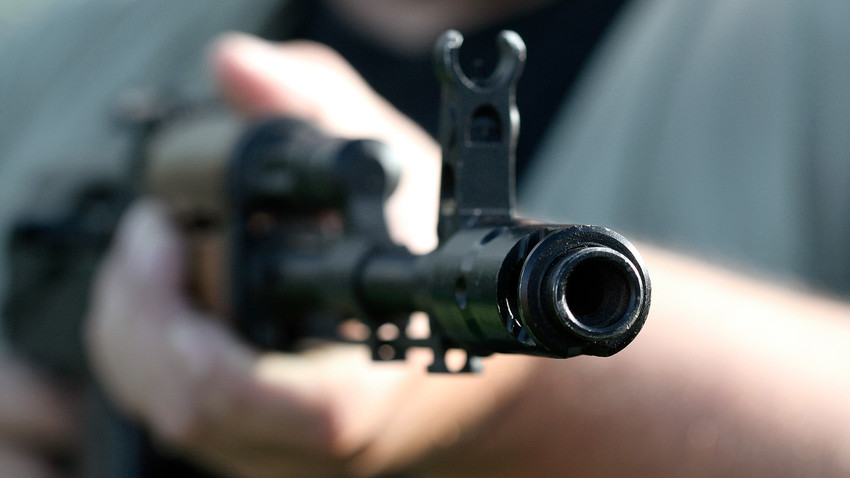 Technical ideas realized in AK-47 were so successful for the time that even Danish engineers implemented them in their firearms.

Legion Media
The famous Soviet automatic rifle was such a success that even a NATO member state tried to create its own version.

Early in the Cold the opposing sides in the East and West invented small arms that would later become their standard infantry rifles for decades to come - the AK-47 in the Soviet Union, M14 and M16 in the U.S.A, Germany's G3, Belgium's FN FAL and others.

However in the mid 50s Danish engineers created the Madsen LAR (light automatic rifle), a copy of the AK-47 that used Soviet 7.62x39 mm ammunition.

Today only a couple of Madsen LAR rifles remain in existence and some can be found at the Royal Danish Armory Museum in Copenhagen.

The gun borrows Kalashnikov's design with a long stroke gas piston and rotating bolt and AK’s bolt carriers. Thus, the base concept relies on the AK-47, with the rest, besides the ‘heart’ of the weapon, being European made.

The most interesting thing about the Madsen LAR is that despite being based on the AK-47 and its 7.62x39 mm rounds, the rifle was unable to take AK-47 magazines, which could be a big disadvantage in combat conditions.

According to and popular YouTube channel Forgotten Weapons, which covers the history of antique and obscure firearms, the gun appeared on the market too late, thus losing out to competitors who created cheaper and just as reliable battlefield weapons - the Belgian FN FAL and Germany's Heckler & Koch G3.