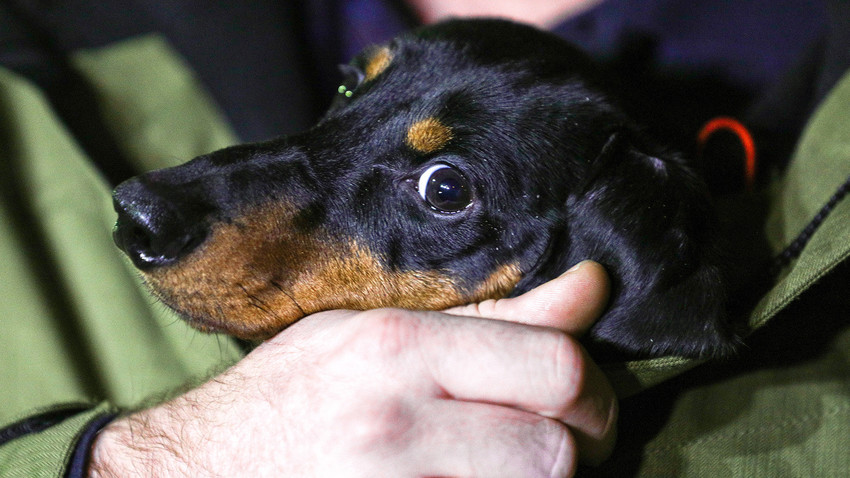 The liquid-breathing technology can be used to treat severe lung pathologies in newborns, as well as during craniocerebral traumas, strokes, heart surgery and pulmonary traumas.

Mikhail Tereshchenko/TASS/TASS
In disturbing footage released this week Russian researchers submerged a dog underwater to show that an animal could survive for up to half an hour with the help of liquid-breathing technology.

Liquid breathing is a form of respiration in which an oxygen-rich liquid fills the lungs and enters the blood system. According to Russian scientists, their research can help treat some lung-related health conditions, as well as assist humans in outer space.

The distressed pup was eventually pulled from the water unhurt, but kept coughing. Researchers claim that dogs can possibly survive up to 30 minutes underwater.

After the experiment, the Russian deputy prime minister decided to adopt Nicholas, making the pup the Rogozin’s family second dog; the other is a German shepherd named Ponchik (Doughnut).

Vitaly Davydov, head of the Russian Advanced Research Fund, said scientists hope to test the technology on humans, but they will need to overcome a "psychological barrier," because volunteers will have to 'suffocate' in water in order to start breathing the liquid that will fill their lungs.

The Russian Advanced Research Fund issued a statement claiming the experiment was carried out "in accordance with the rules of ethical treatment of laboratory animals":

Scientists hope that the technology can be used to save people in submarine accidents, treat severe lung pathologies in newborns, as well as during craniocerebral traumas, strokes, heart surgery and pulmonary traumas.

In early 2017, the liquid breathing lab was opened at the Izmerov Research Institute of Occupational Health based in Moscow. The technology will be tested on mice, hamsters and dogs.

In Russia, scientists have been studying oxygen-conducting liquids for over 30 years, and some previous developments are already a reality. In particular, these technologies helped researchers develop the blood substitute, Perftoran, which is used in many countries around the world.