Russian military to beefed up with precision ‘Drel’ homing missile 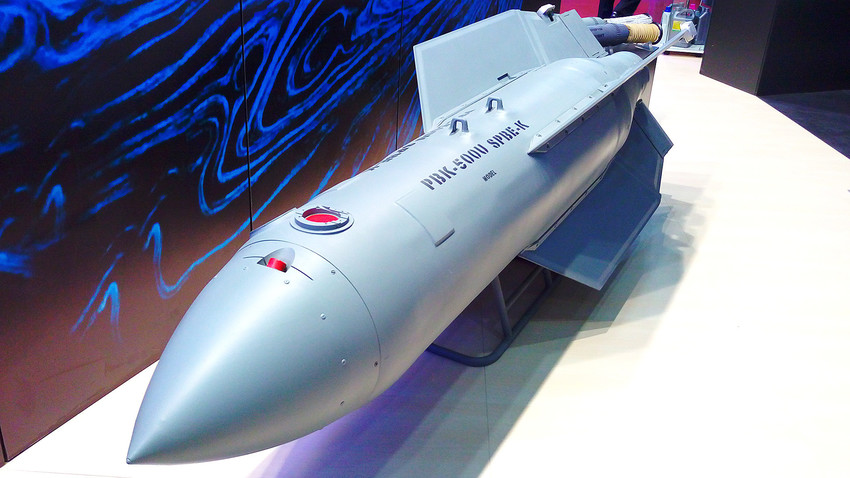 New bombs will be delivered to the army in 2018.

Dmitry Reshetnikov/TASS
Outdated ammunition to be replaced with new advanced projectile that packs 370 kg of explosive.

Russia’s military first floated the idea of creating a new warhead at the beginning of the century. Now, in 2018, a deadly advanced weapon is set the country’s armory.

During the Syrian Russia frequently used FAB-500 free-flying bombs, which were designed half a century ago.

These are technically outdated ammunition. However, in the Middle each was equipped with an aiming system to avoid missing their targets and causing collateral damage. Russia’s Aerospace Forces employed these modified weapons to great effect against ISIS.

FAB-500 bombs would not be effective against a more advanced enemy though and can easily be shot down by air defense systems - the bombs emit a radar background that’s easy to detect. This threatens the lives of the pilots and the success of the operation.

The unguided FAB-500 is set to be replaced with the “” homing flying bomb.

This is a cluster bomb with 15 elements containing copper striking projectiles that fly in different directions at a speed of  3 km/s, ripping apart any heavily armored enemy vehicle.

Free-flying and unguided aviation bombs are much cheaper for the government than high-precision missiles, primarily because they lack the reactive missile engine. the bomb’s 500 kg-caliber explosive mass, such as the one that has, takes up 70 percent of its total weight. In other words, one warhead contains more than 370 kg of substance.

The new bomb can be dropped on the enemy from a distance of 30 kilometers and thanks to the Glonass system will be able to strike the target with precision (unlike any of the unguided bombs from the last century).

Also, in the the defense industry plans to equip the bombs with a high-energy engine, which will radically increase “Drel’s” range.