Inflatable troops: The softer side of the Russian Army 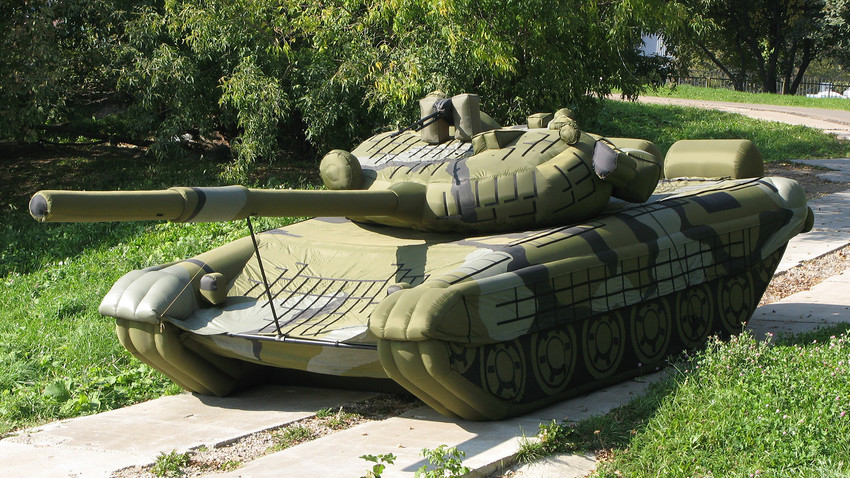 Sputnik
The Russian military can create an entire “tank army” or “air regiment” in the middle of nowhere in just three minutes. True, they are inflatable.

In Russia, soldiers who spend their entire military career training to inflate tanks are often the butt of jokes.

However, combat operations are very different from how they are portrayed in the movies and how people imagine them to be. Having first been deployed during WW2, such dummy tanks again proved their worth in the more recent war in Yugoslavia in 1999. 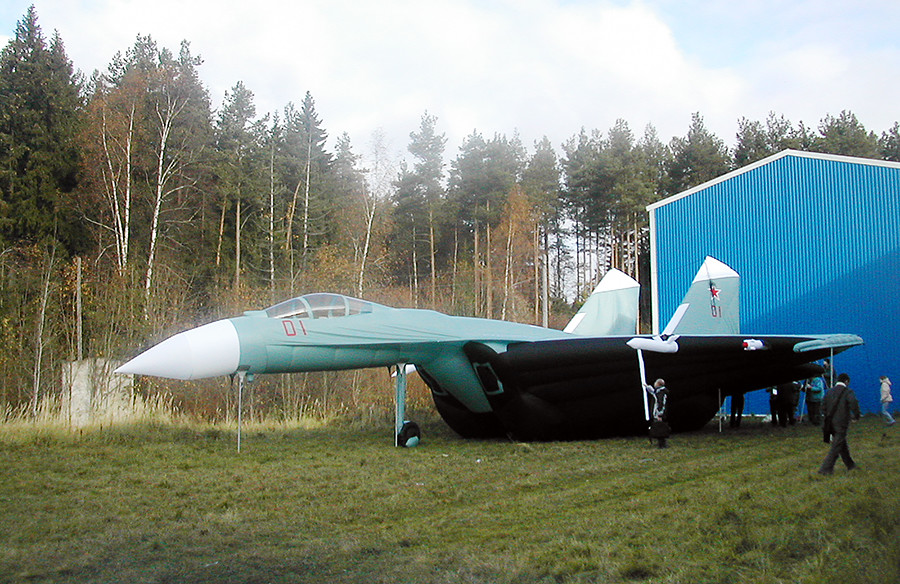 During the first four months of fighting, NATO planes bombing Kosovo managed to knock out only 20 Serbian tanks, 18 infantry fighting vehicles, and fewer than two dozen self-propelled artillery platforms. Meanwhile, NATO HQ was stating something quite different—hundreds of light and heavily armored vehicles had allegedly been destroyed.

In fact, these “hundreds of pieces of equipment” turned out to be rubber decoys, which reconnaissance aircraft could not distinguish from the genuine article at an altitude of many kilometers. As a result, missiles and bombs costing millions of dollars were wasted on what were, essentially, oversized rubber ducks. 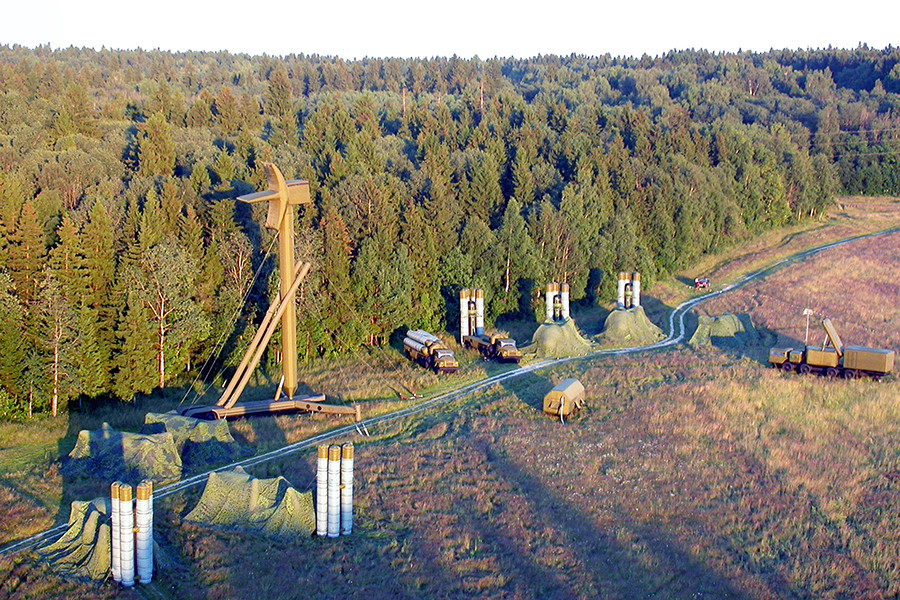 This, at first glance, absurd deception made military chiefs sit up, and starting mid-2000 Russia's top brass decided to test it out for themselves. That was how Russia got its first rubber tanks and aircraft.

Most pieces of hardware in the Russian Armed Forces have “rubber siblings.” Among them are the T-72 and T-80 tanks, the MiG-31 and MiG-29 fighters, and even the fearsome S-300 missile system (a bit old hat compared to the S-400, but never mind). 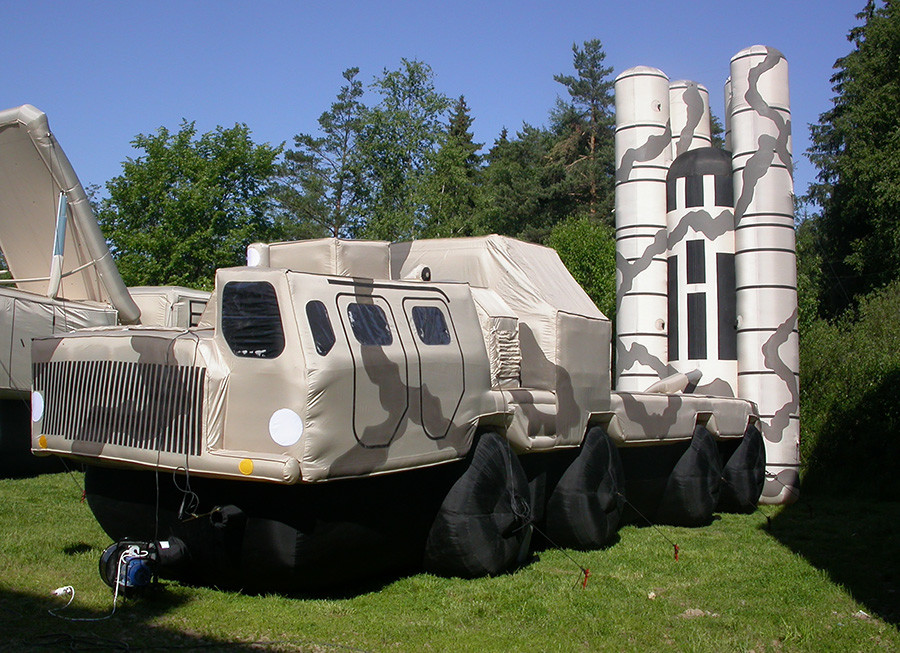 A standard rubber tank weighs about 30 kilograms, and can easily withstand snow, rain, sleet, and a temperature range from -30 to +30°C. Basically, they are able to endure all the hardships of war and get the job done at the same time.

You might think that real military gear is readily detectable by thermal imaging due to the heat emitted by the engine and other moving parts. And you'd be right. So at first glance rubber weapons are all sizzle and no steak. But the military has this base covered: special heating units are installed inside the “hardware” to simulate the operation—and heat—of a combat vehicle. That means that even satellites, drones, and other modern observation systems have a hard time distinguishing real tanks from artificial ones. 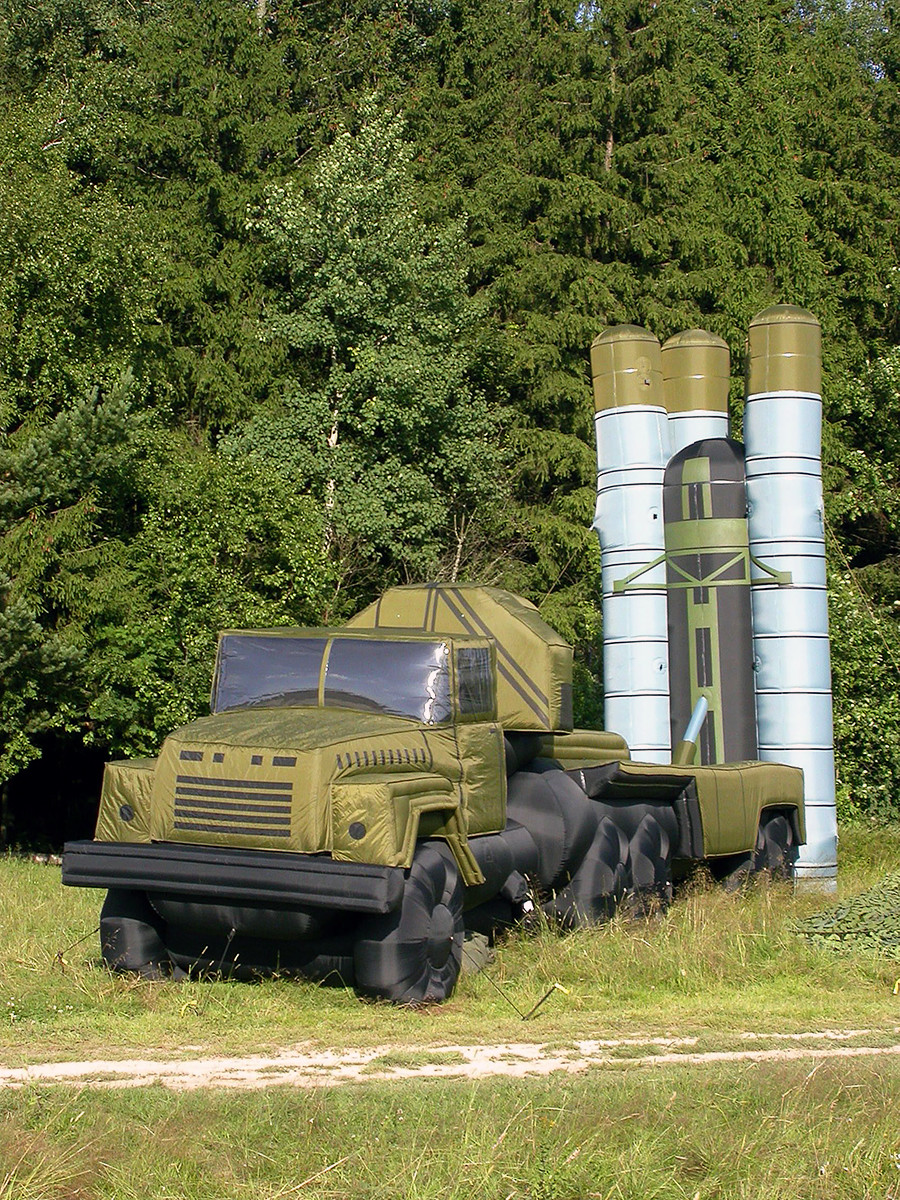 The Russian Ministry of Defense has not disclosed how many camouflage troops and stretchy vehicles it possesses. What is known, however, is that in 2017 Russia hiked its production of pneumatic deception devices to such an extent that it now exports them. So more than a third of Russia’s “rubber army” is currently serving abroad, where it will likewise play a key role in outfoxing enemy reconnaissance.