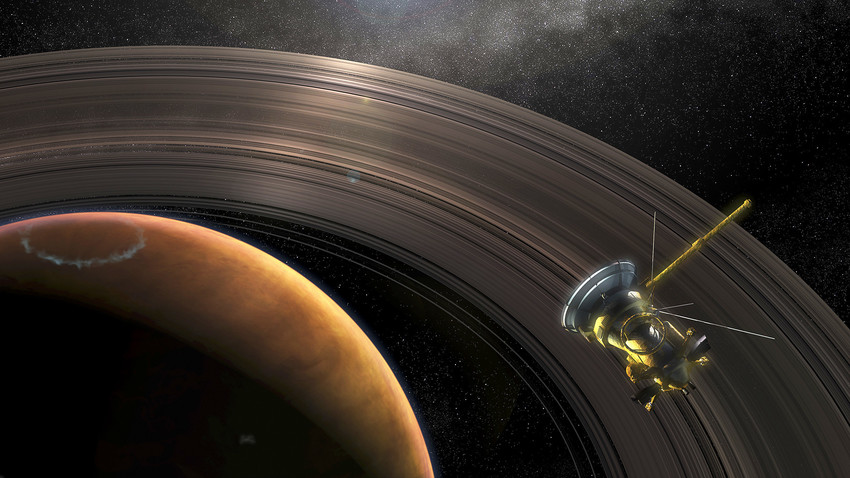 Researchers identified a mechanism that might explain the formation of the clumps in the Saturn's F-ring.

Getty Images
A team of international scientists say it's now possible to find answers to the question of one of Saturn's most persistent and perplexing enigmas - the erratic behavior of the F-ring, one of the planet’s outermost rings.

Most planets in our solar system have remain unchanged for millions of years, but Saturn’s rings, formed of dust and ice, are extremely unstable. Galileo Galilei first observed them in 1610, but many questions related to their formation and behavior remain unanswered.

The F-ring, for example, can change over the course of days or even hours. A space probe once detected clumps of matter in the F-ring that then suddenly disappeared. The results of new research may shed light on the phenomena of these periodic clumps arising in the F-ring.

Russian scientists from Skolkovo Institute of Technology (Skoltech), Moscow State University, and the Institute of Numerical Mathematics teamed up with their colleagues at the University of Leicester in the U.K. and Boston University in the U.S. to shed light on the mysterious F-ring.

Researchers chose a mathematical model that had previously been used to study Saturn’s more stable elements. As a result they identified a mechanism that might explain the formation of the clumps in the F-ring. The results of the study were published in the scientific journal, Physical Review Letters.

"We spent nearly three years working on this before presenting our results," said Sergey Matveev, the lead author and a Skoltech research scientist. "It took us a great deal of time to work through our doubts and the validation stages."

The processes of particle aggregation (fusion) and fragmentation (decay) play a role in the erratic behavior of Saturn’s rings. Scientists determined that they lead to a stable limiting cycle, which is very surprising for a model under the mass-conservation law, where stable equilibrium solutions are expected to be found.

"We hope to attract interest from the mathematical community to elaborate rigorous analytical proofs of the phenomena," Matveev added.