Getty Images
Russia is about to launch two glass spheres into orbit – satellites that will be responsible for all sorts of high-precision measurements and studies. The objects will assist in preventing natural disasters on Earth, as well as keep tabs on the Earth’s gravitational field and oversee Russia’s arsenal of technology in orbit.

The launch, courtesy of Roscosmos subsidiary ‘Sistemy Precizionnogo Priborostroeniya’, has been scheduled for October 2018. The company specializes in multi-layer ultra-high-precision lenses – the approach it used for the creation of the two glass spheres.

Only two countries besides Russia today are technologically capable of producing the satellites – the United States and France.

Three spherical satellites have been produced, with two planned for orbital launch, and another one to be mounted on the ground as a relay.

When in orbit, the glass satellites will resemble targets at a shooting range, and used to measure distances by way of Earth-based lasers, numbering 40 so far across the globe. Unlike older systems, such as the American LAGEOS, the new Russian-made spheres will be accurate to the tenth of a millimeter – a record achievement, given that the other systems are off by about a 1000 times that number, Izvestia was told by SPP Director, Yury Roy.

The need for such high-precision lens-based satellites is obvious – they cover a whole range of uses, not only in measuring the Earth’s gravitational field, but also increasing GLONASS precision, even measuring tectonic plate movements under our feet. 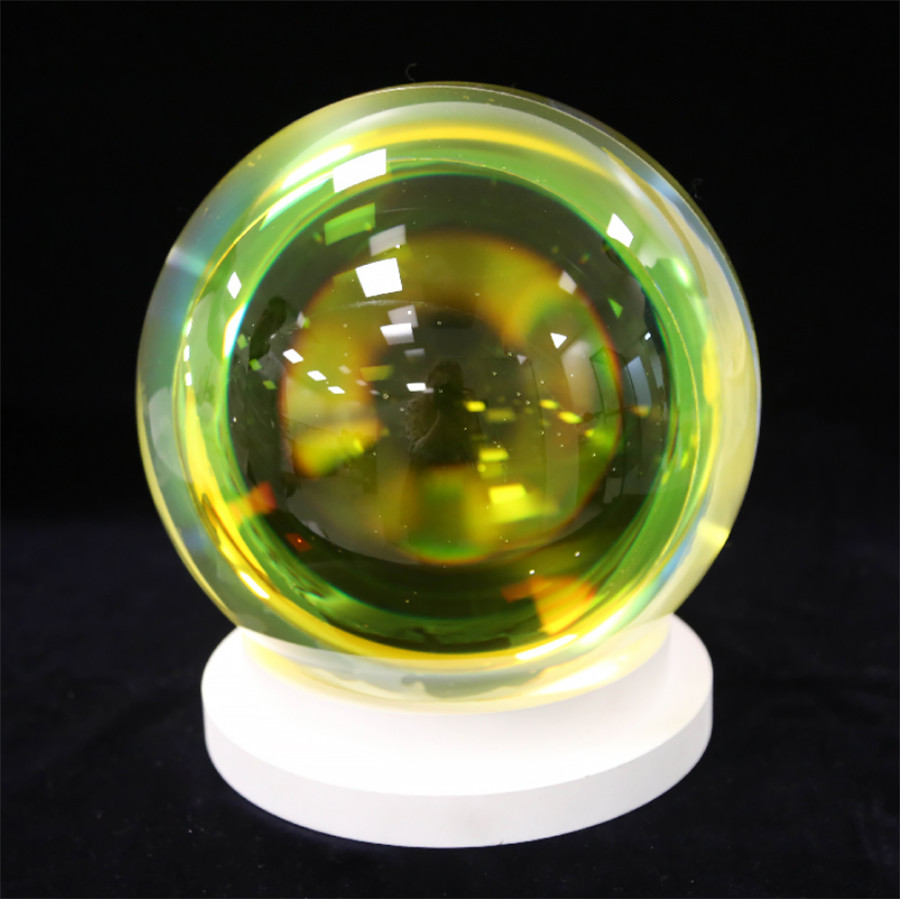 The first ever satellite comprised entirely of glass has been launched in 2009, and dubbed BLITS – or Ball of the Lens In The Space. It hovered about 800km above us before crashing in 2013 after colliding with space debris from another satellite. The new glass spheres will double this orbit. At about 1,500km the Earth’s gravitational pull stops having any effect, and the scientists are planning on using this fact to emerge at better geophysical and geodesic measurements.