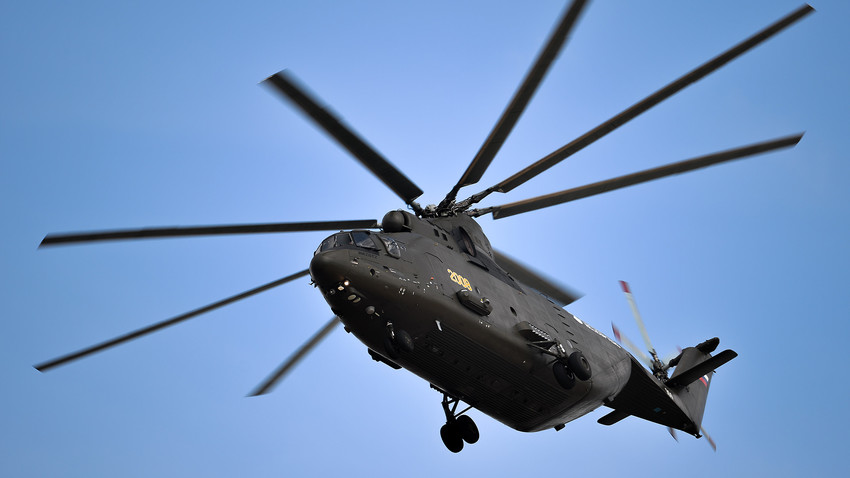 Vladimir Astapkovich/Sputnik
The world’s biggest helicopter in production, the Mi-26, will return to the Russian military in its latest incarnation next year.

From 2019, the military transport helicopter will be in service in an upgraded version known as T2V. Nicknamed the “Flying Cow” by pilots for its unwieldiness and giant size, the Mi-26 is being outfitted with new armor and equipment that has already been tested during military operations in Syria.

The Mi-26 took to the sky for the first time in 1977 and within years had become the most powerful cargo helicopter in the world. It can carry up to 20 metric tons of cargo, or, in military terms, more than 80 paratroopers in full equipment, light armored vehicles even other helicopters. 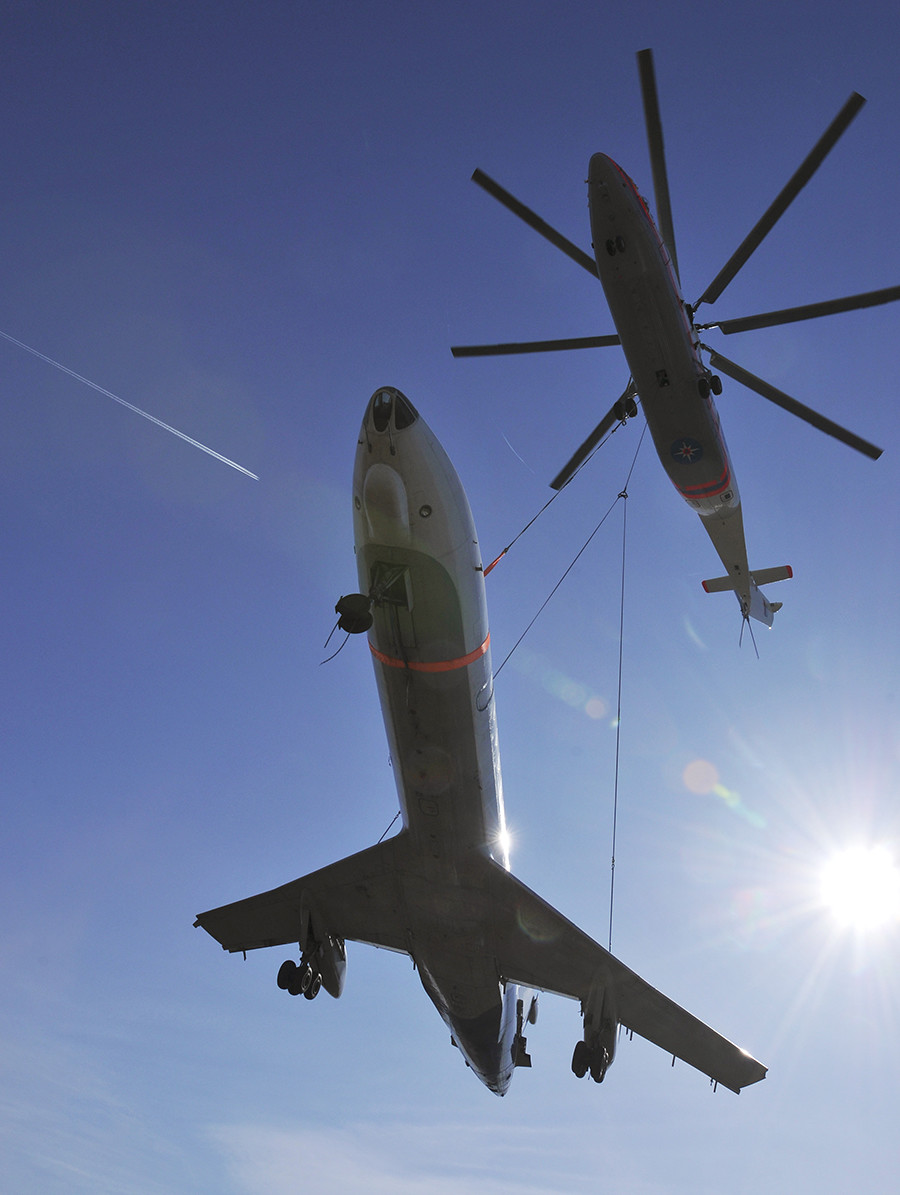 In 2009, a Russian Mi-26 took part in an operation to rescue a US military CH-47 Chinook helicopter in Afghanistan.

“Those were the days when we cooperated with NATO on all key issues,” Professor Vadim Kozyulin of the Academy of Military Sciences told Russia Beyond. “The Taliban shot down an American helicopter, and other Chinooks couldn’t lift it from the battlefield. They had to call in the Russians, so the downed chopper was attached to our Mi-26, which transported it to the nearest American military base.”

Forty years after its first flight, the Mi-26 is still the world’s heaviest-lifting cargo helicopter. However, since the onset of the Syrian Russia’s Defense Ministry has tasked arms manufacturers with upgrading all of the aircraft’s specifications to respond to the demands of modern warfare.

Above all, the weapons makers had to ensure the Mi-26 ran less “hot,” Kozyulin explained.

“It is a giant craft with two engines with a combined capacity of about 23,000 horsepower. Owing to engine heat, the Mi-26 becomes target number one for portable anti-aircraft heat-seeking missile systems such as Igla or Stinger,” he said.

That is how in 2002 rebels shot down a Russian Mi-26 helicopter as it attempted to land in Chechnya, according to Kozyulin.

“The chopper was transporting officers and soldiers to a combat area,” the analyst said. “The terrorists fired an Igla missile at it during landing and of the 150 people onboard only 20 were miraculously saved. And that was no doubt simply because the helicopter was close to the ground.”

According to a source in the military-industrial complex, the Mi-26T2V, like the Ka-52 attack helicopter, will be fitted with the Vitebsk system to protect it from portable anti-aircraft weapons.

“It is a radio-electronic protection system that blinds target-seeking missiles and knocks them off-course,” the source told Russia Beyond. “To put it simply, on the approach to the target the missile is diverted away from the helicopter and flies off to one side.”

The Mi-26T2V will also feature NPK90-2 equipment, which the source described as “a system for piloting a helicopter at any time of day or night in automatic mode, including to landing and pre-landing maneuvering.”

The helicopter’s modernization does not include weapon systems, however.

“They are not needed,” the source said. “In the event of tactical necessity, the helicopter will be accompanied by Mi-28 or Ka-52 choppers. The new Mi-26 aims to improve survivability while maintaining flight performance.”