How models can help destroy asteroids with nukes 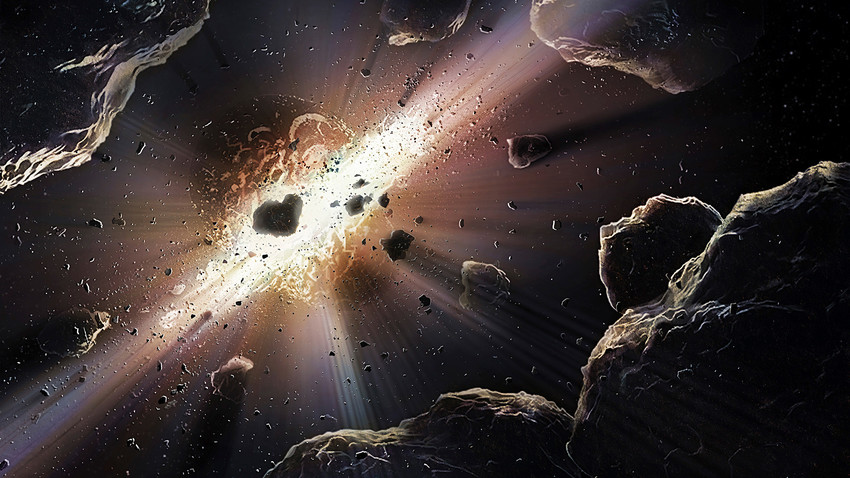 A group of scientists at the Moscow Institute of Physics and Technology (MIPT), the Space Research Institute and two research institutes of the Russian State Nuclear Energy Corporation calculated the destructive effect of nuclear explosions on dangerous asteroids.

"We developed coefficients and dependencies for different types of asteroids that will allow us to quickly simulate the explosion and find criteria for destruction," said Vladimir Ufa, associate professor at MIPT.

Russian scientists have been pursuing the idea of blowing up asteroids with nukes since the day when a 20-meter-wide meteor exploded over the city of Chelyabinsk. Windows shattered in more than 3,600 apartment blocks, a factory roof collapsed, and 1,210 people were treated for injuries from failing building debris and flying glass.

In 2016, a team of researchers at Tomsk State University in Siberia ran a number of tests to figure out how to blow up a 200-metre-wide asteroid with a nuclear weapon using the SKIF supercomputer. Before that, experts from the Russian space agency took part in a pan-European study to use nuclear weapons to save Earth from a deadly asteroid strike.

However, the idea has been criticized by astronomers. Boris Shustov, Director of the Russian Institute of Astronomy, said it was like "using a steam-hammer to crack a nut." Now, nuclear scientists claim they can determine the exact force of an explosion by using copies of asteroids.

In their experiment, Russian physicists created a miniature model with characteristics of the asteroid, including its shape and structure. According to the scientists, the temperature and pressure needed to destroy a miniature copy of an asteroid with a laser are comparable to a nuclear explosion of a real object.

Researchers created their models from an artificial substance of the stony or chondrite meteorites that are the most usual type of asteroids. They considered their chemical composition, density, porosity and strength. Scientists also imitated the natural processes of asteroid formation - precipitation, compression, heating - and created various shapes, including globular, ellipsoidal, and cubic.

"We are also working on modeling the deflection of an asteroid without destroying it, and we hope that our international colleagues will join us," Ufa said.

Scientists plan to continue research with miniature models of various strength and composition, including models of rock-ice and iron-nickel asteroids. They believe the shape of mock-ups can influence the criteria of destruction, which has yet to be studied.