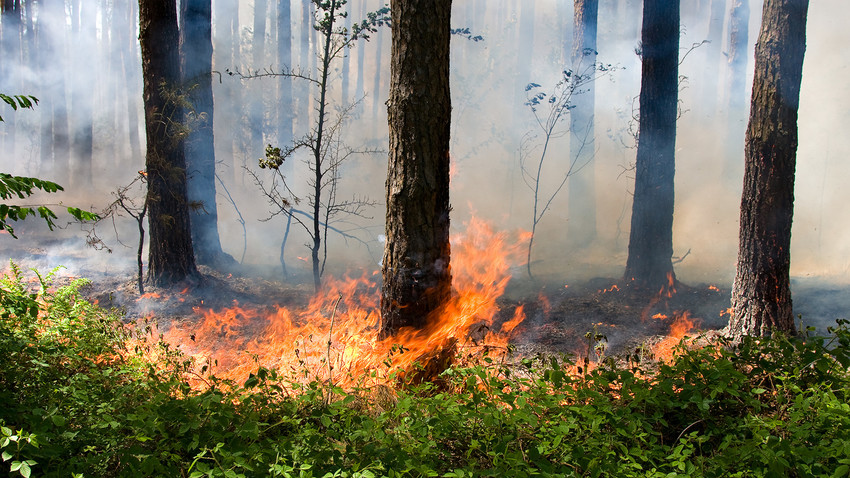 Scientists used publicly available satellite images of California taken in 2017 to train a neural network assess fires and the area of destruction.

Getty Images
Researchers at Moscow’s Skoltech have developed an algorithm to analyze satellite images of areas affected by forest fires and other natural disasters. This can help to make a quick damage assessment, say Russian scientists. The algorithm is based on machine learning and computer vision.

Scientists at the Skolkovo Institute of Technology (Skoltech) used publicly available satellite images of California taken in 2017 to train a neural network that distinguishes between destroyed buildings and those untouched by fire.

The network reliably identified burned houses in Santa Rosa, which was affected by devastating fires. If used in a crisis, the solution helps to quickly assess the disaster’s scope and approximate damage.

According to Vladimir Ignatiev, a Skoltech research scientist, algorithms are capable of analyzing multi-temporal satellite images and detecting changes in objects that belong to a certain classification.

“The solution will be a great help in various research tasks and in industrial area-monitoring applications, such as the detection of new construction sites, population density assessment and risk management in protected areas,” Ignatiev said.

The algorithms were developed by AeroNet Lab at Skoltech’s Center for Computational and Data-Intensive Science and Engineering (CDISE) in collaboration with Professor Evgeny Burnayev.

AeroNet Lab creates solutions based on deep-learning and computer vision for real-world issues. The lab uses satellite and aerial imagery to help monitor security zones of large-scale industrial facilities, to detect leaks or prevent illegal construction, provide recommendations for real estate, as well as predict crop yield and droughts for forestry and agriculture.

The new algorithm has spurred interest among state and humanitarian organizations, as well as insurance companies, Skoltech said in a statement.

In 2017, 5.6 million acres of land burned in the U.S., which is 1.8 million acres more than the ten-year average of 3.8 million acres that burned over this time. Wildfires also plague Russia in summer, and NASA has released satellite images of such destruction. Brazil, parts of Europe, New Zealand and other areas were also devastated by fires last year.